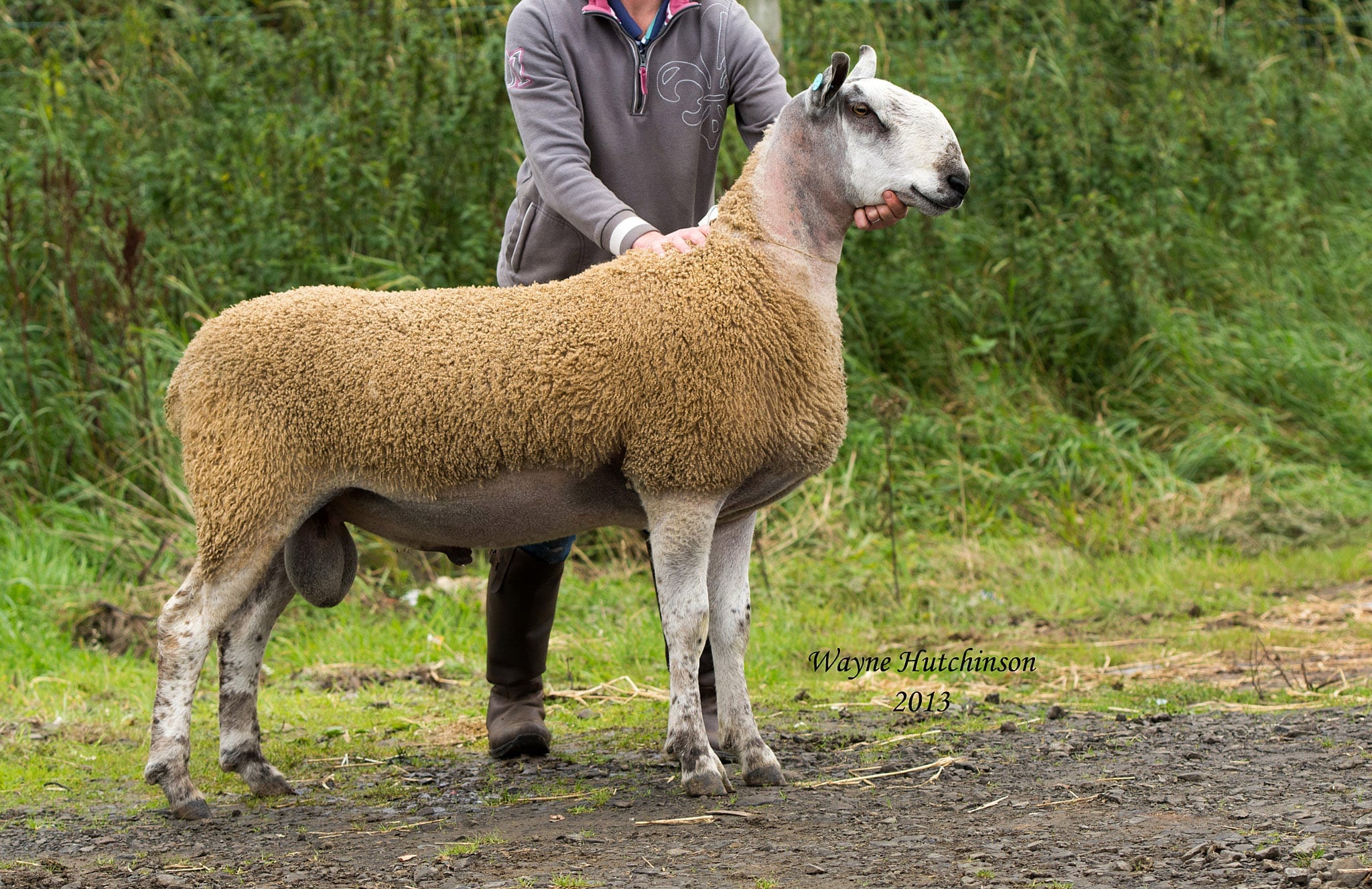 Once again there was a big crowd at Ballymena mart to watch the ever popular Bluefaced Leicester sale. There wasn’t maybe the highs of other years, but after what has been a very hard year for the area, both financially and mentally, due to the hardship early on in the spring with all the bad weather and snow, this was maybe to be expected.

Topping the days trade was the days champion, expertly picked out by Scottish judge, Andrew Warnock. The shearling from Robert Mulligan, one of the first members of the Association in the province, stood head and shoulders over the other sheep, combining power and style, with a great skin. It is full of Irish breeding, by the C1 Brablagh and out of a ewe by A20 Brablagh. It sold early in the sale, selling for 2400 gns to Southern Irish breeder, D Lyttle of the Aughafoy flock in Co. Donegal.

Robert Loughridge is always a flock to watch out for and this year was no different. He had a strong pen of tup shearlings forward, and as always enjoyed a good trade. He has invested in some of the top genetics over the years, and some of the bloodlines on offer at the sale rivalled many of the best in the breed. His pen leader, E1 Orravale, was by the D1 Firth, bought at Carlisle for 5000 gns and out of a ewe bought from Ty-Gwyn by the W22 Midlock. It sold for 2100 gns to Hugh McNeil, one of the top Mule breeders in the area. Robert’s second tup, by D5 Nunscleugh and out of a ewe by the homebred Y1 sold for 2000 gns to D Campbell, and his third tup, again by the D1 Firth sold in a 1800 gns deal to Patrick Gallen.

Up and coming breeder, Martin Elliot, Ballyknock View, had his best day yet at the sale, topping at 2000 gns and a further trio hitting the 1800 gns mark. All of them were by the D5 Nunscleugh, shared with the Orravale flock. The Nunscleugh tup is by the Tanhouse Farm tup, which is doing well at Midlock and Nunscleugh and out of a ewe by the £17,000 Bull & Cave tup. They were also all out of ewes by A17 SP Dalpeddar, proving a great cross for Martin, who will no doubt be buoyed by the days trade!

A brace of shearlings from Timothy Wray hit the 1800 gns mark, both by the B10 Orravale, the first was out of a ewe by the A26 Riddings and sold to Joe Murphy, the other out of a ewe by Z1 Macqueston sold to Matthew Workman.

It was the strong powerful shearlings which were drawing the bids, with buyers wanting plenty of tup for their money. The lambs didn’t set trade on fire, with the top being a bid of 1150 gns for John Blaney’s number one lamb, sired by E12 Tievebuaile Farm out of a ewe by Z10 Carrick Rock.

Hopefully this next year will be better, and then the Blue breeders can build on this year, and see a return to the sort of trade we have come to expect at this sale next year! 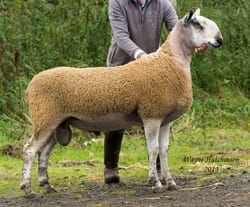 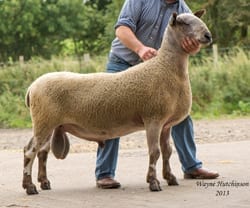 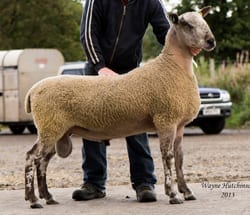 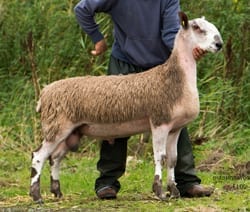