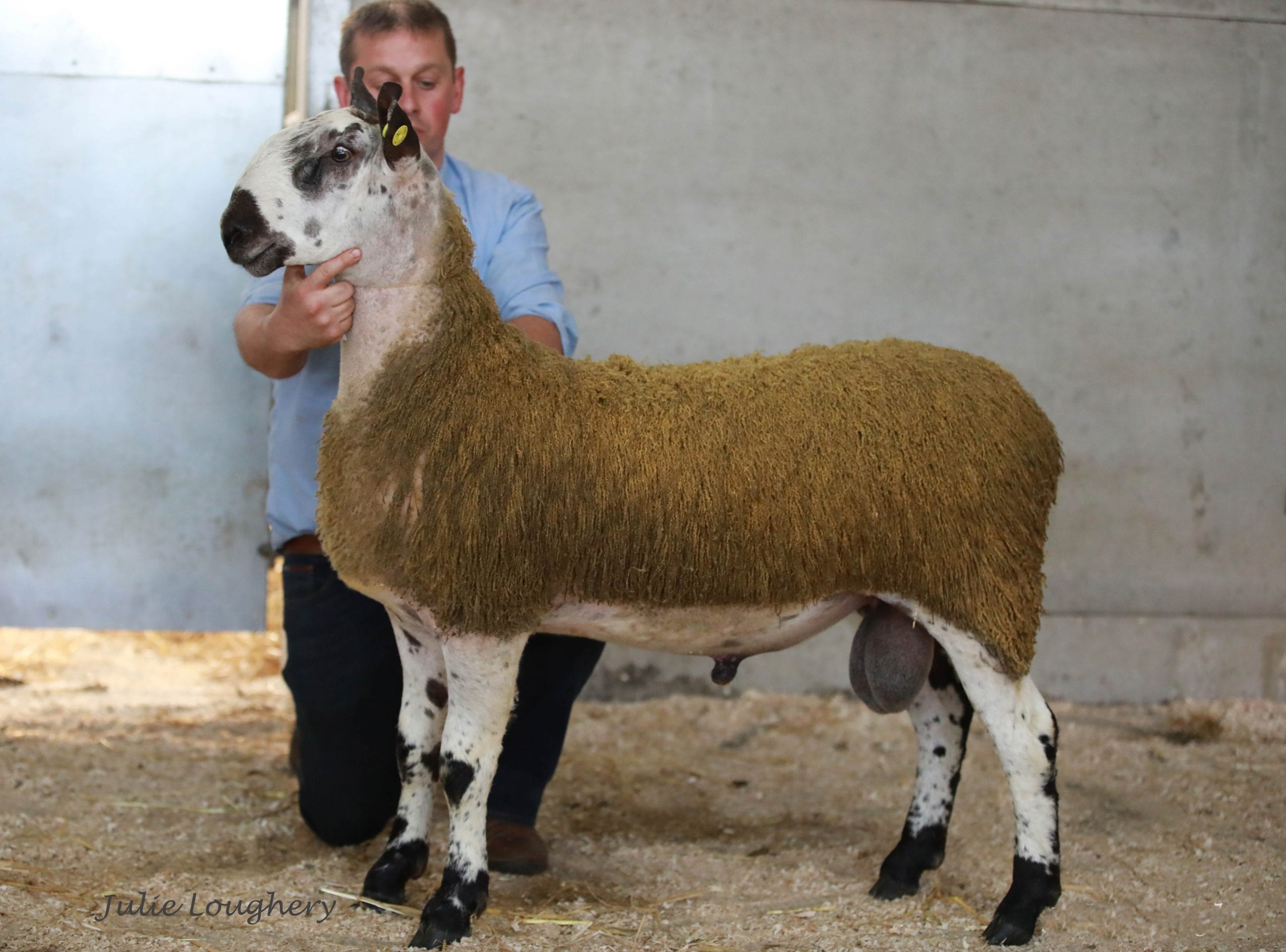 Once again Ballymena mart hosted the annual Bluefaced Leicester sheep sale, resulting in another successful event. Southern Irish buyers were again out in force due to the export sale. Shearling ram averages were slightly down, ram lambs up and due to the enthusiasm for the breed females were up 88 gns.

Topping the day’s sale was the presale champion awarded by Craig Thornborrow, Dawyck to J Adams & Sons, Holmview, with their 1st prize ram lamb, a full brother to last year’s 7K by J1 Carryhouse selling to Lee Beacom, Lakeview and Shaun Procter, Spurrigg. J Adams & Sons were awarded top pen of the sale, with further sales at 3200 gns for a L1 Firth son and two more at 2600 gns, for another L1 son & J1 Carryhouse son.

Declan McKillop, Giants Causeway had also a sale to remember with 2nd top price of the day receiving 5000 gns for a son of Farden Popeye selling to Jonathan Loughery, Limavady, Declan had further sales of 4000 gns for another Popeye son and 3800 gns for one by K1 Tievebuaile Farm. L1 Farden Popeye’s offspring were very popular on the day, with Steven Duncan, Hillvale selling one by Popeye late in the sale for 4000 gns to Michelle Wright, Mullaghwee and Kieran McGrath. 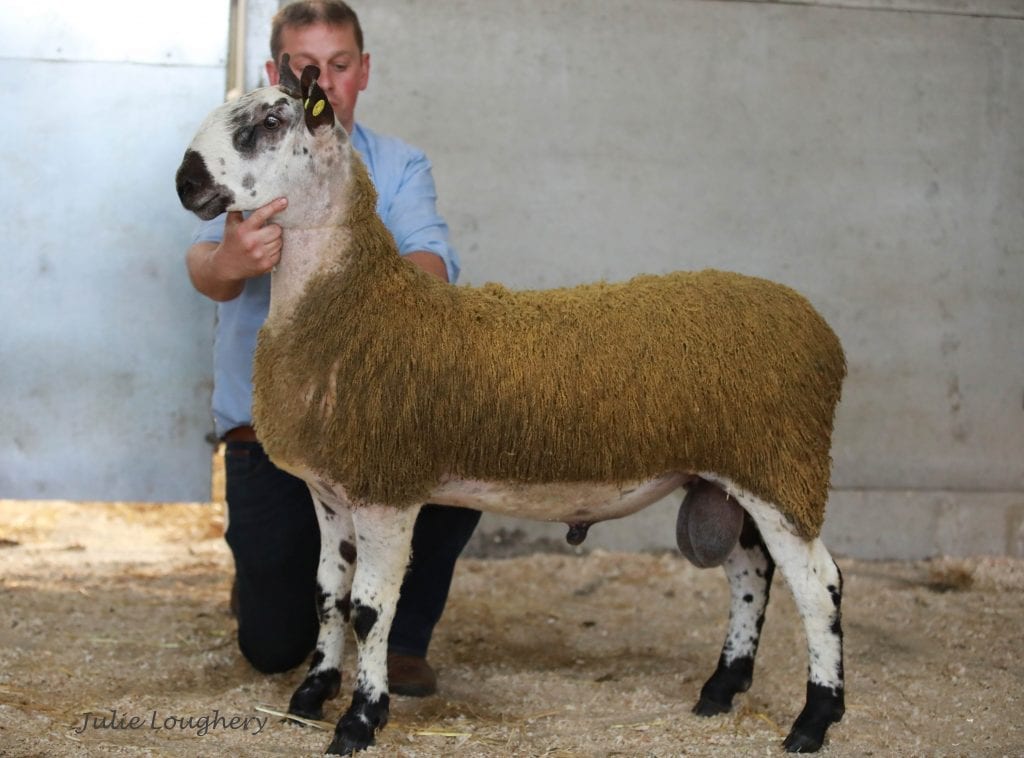 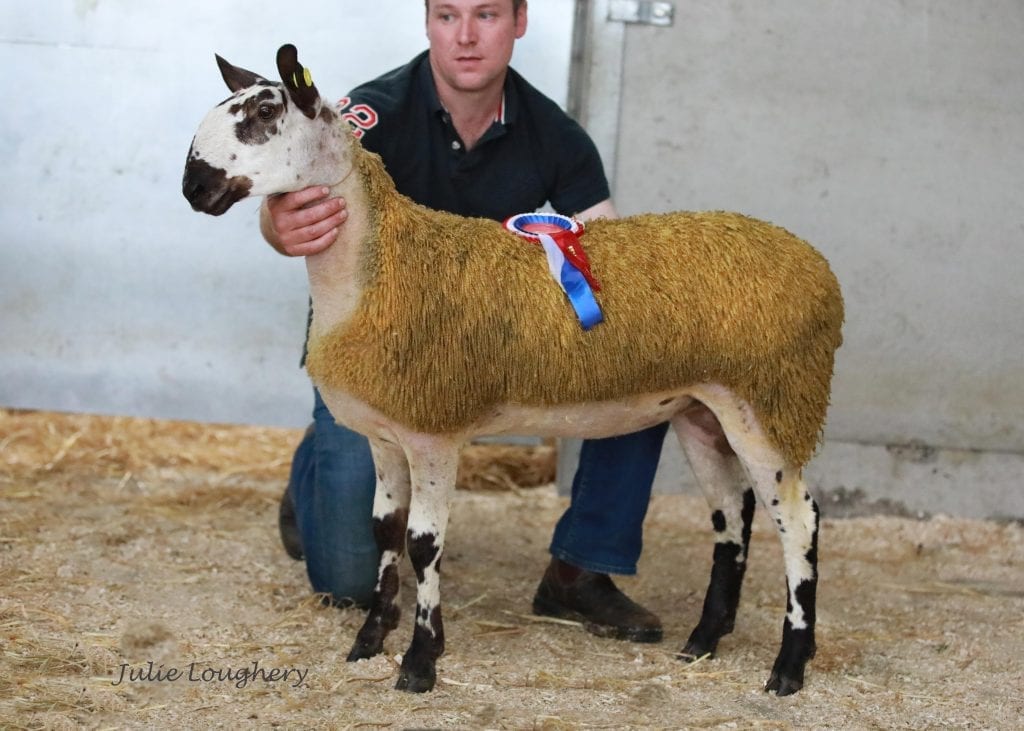 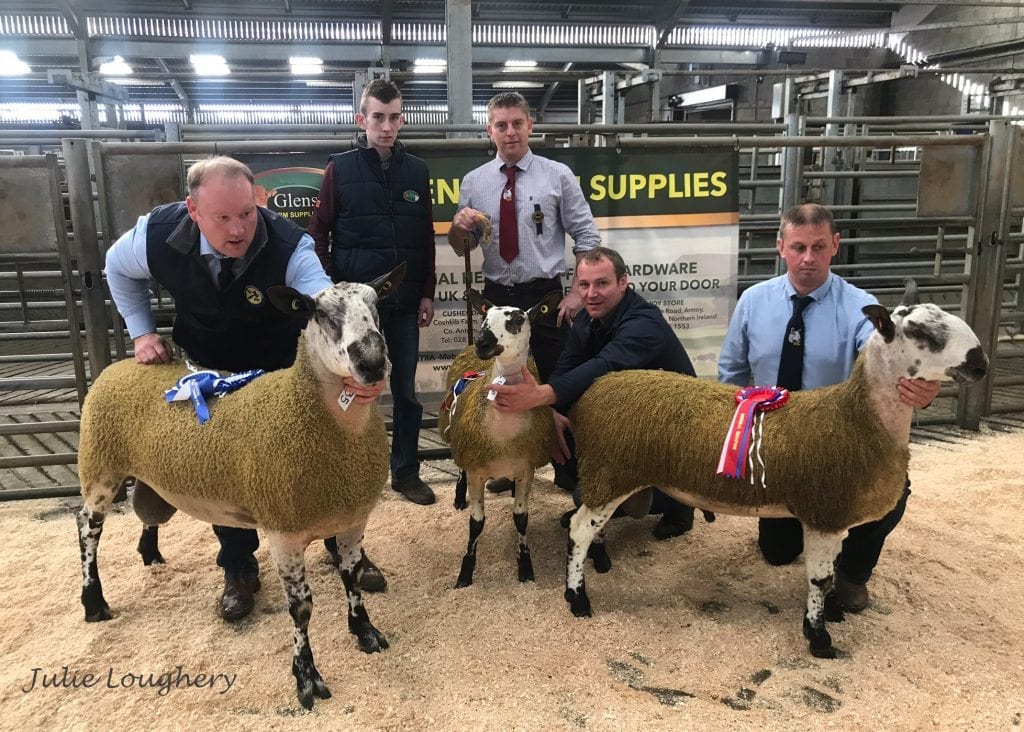 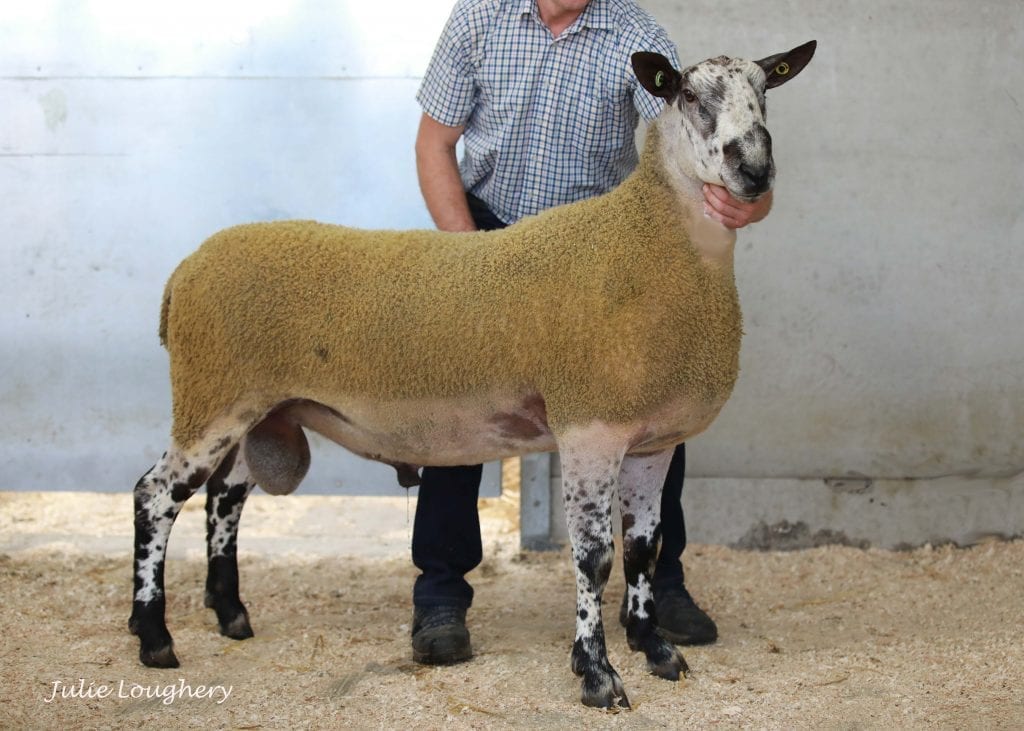 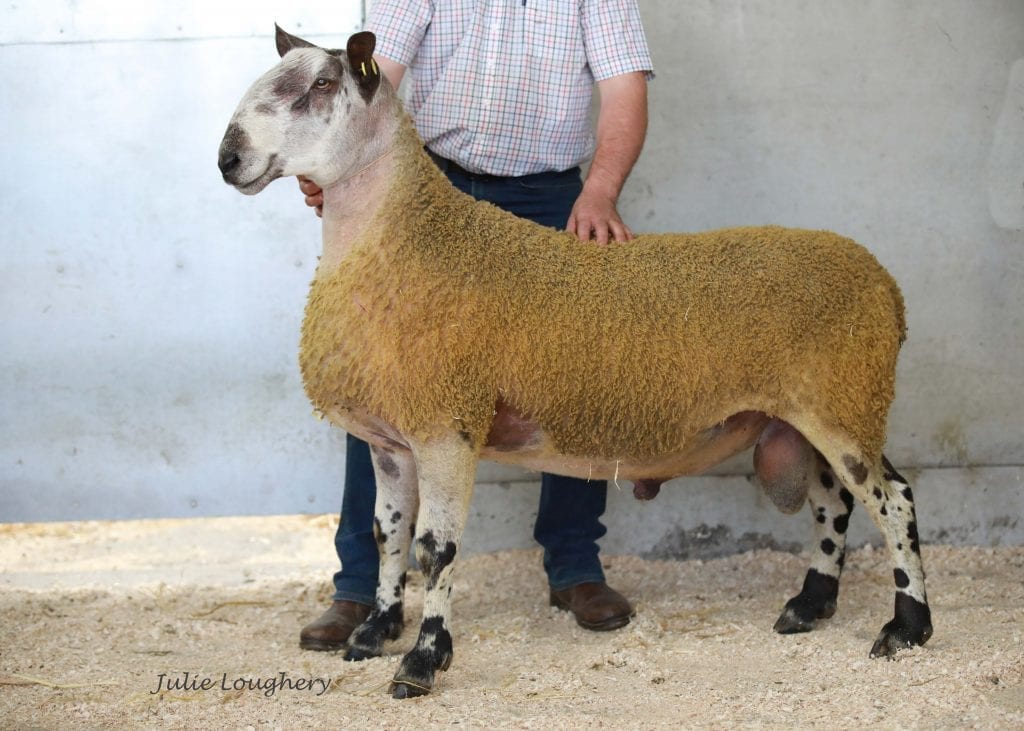 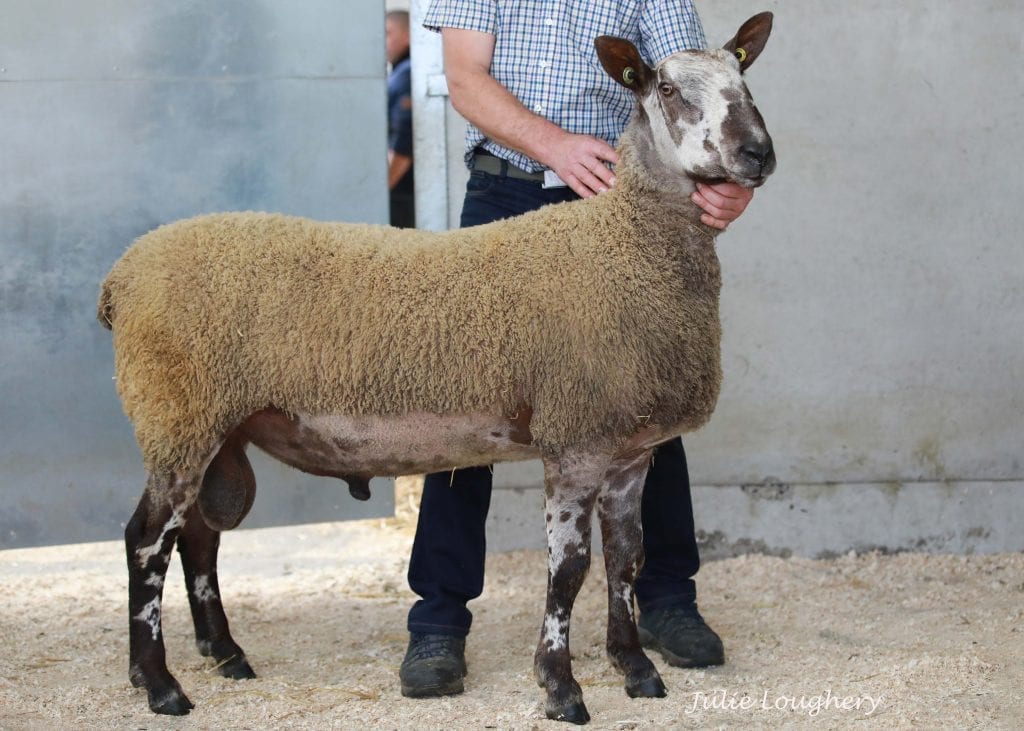 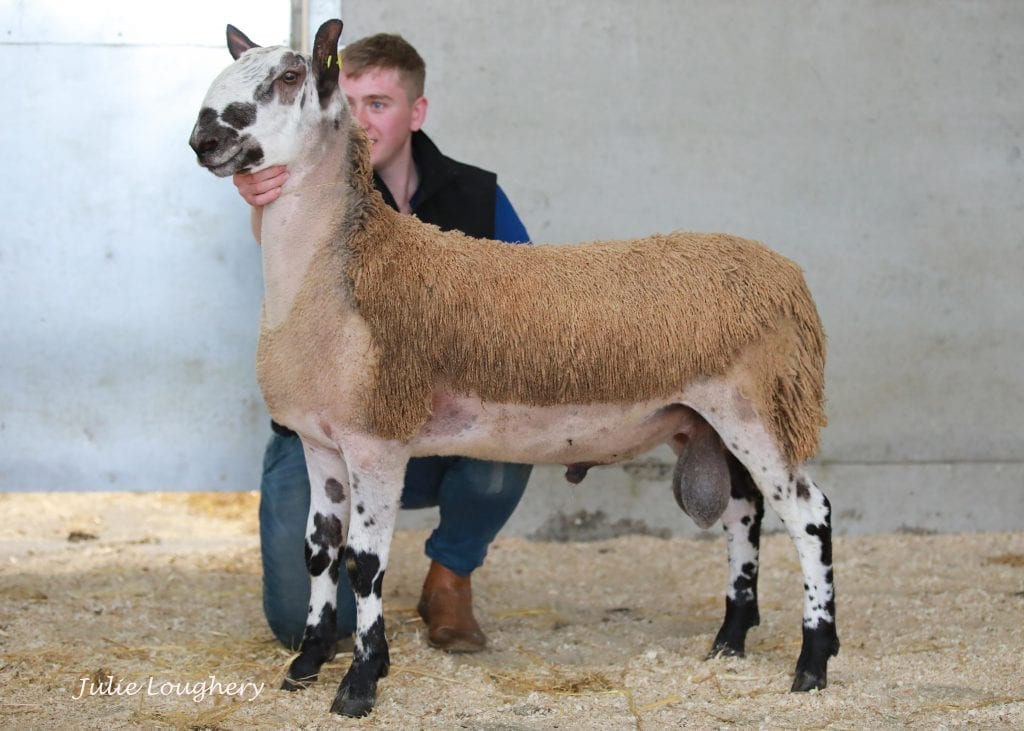 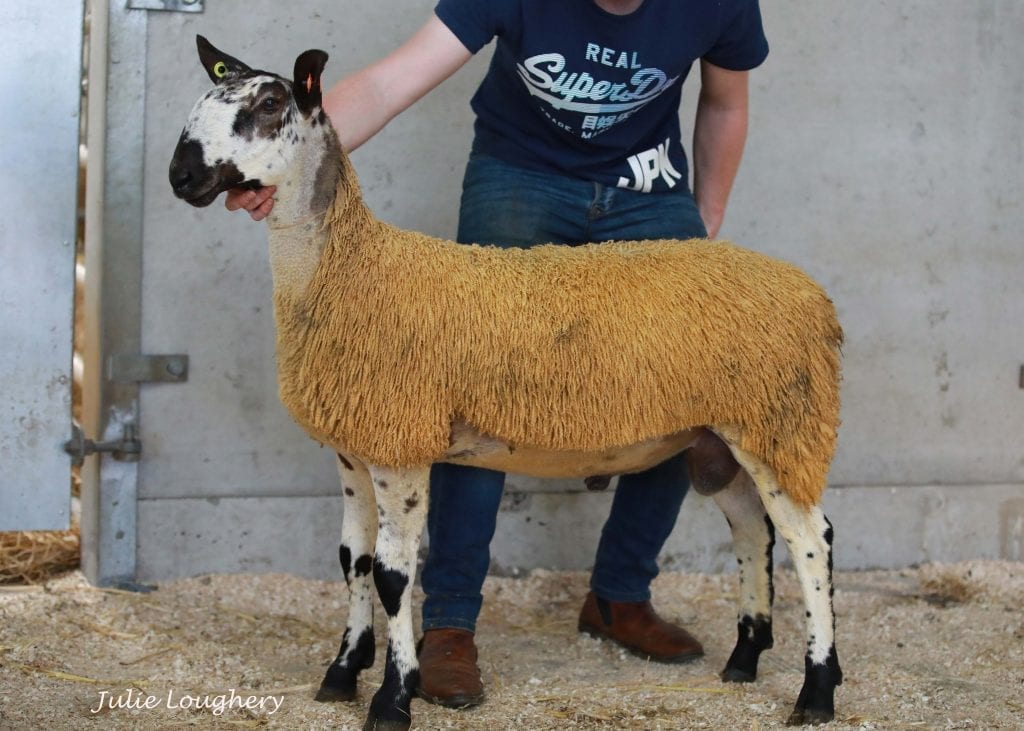 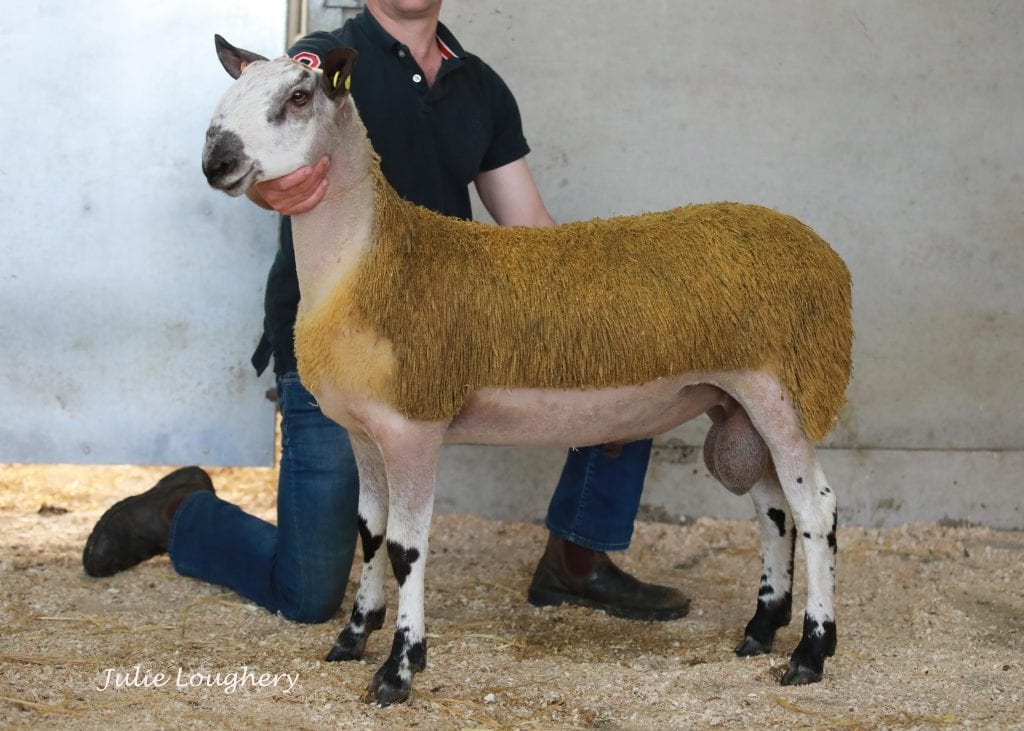 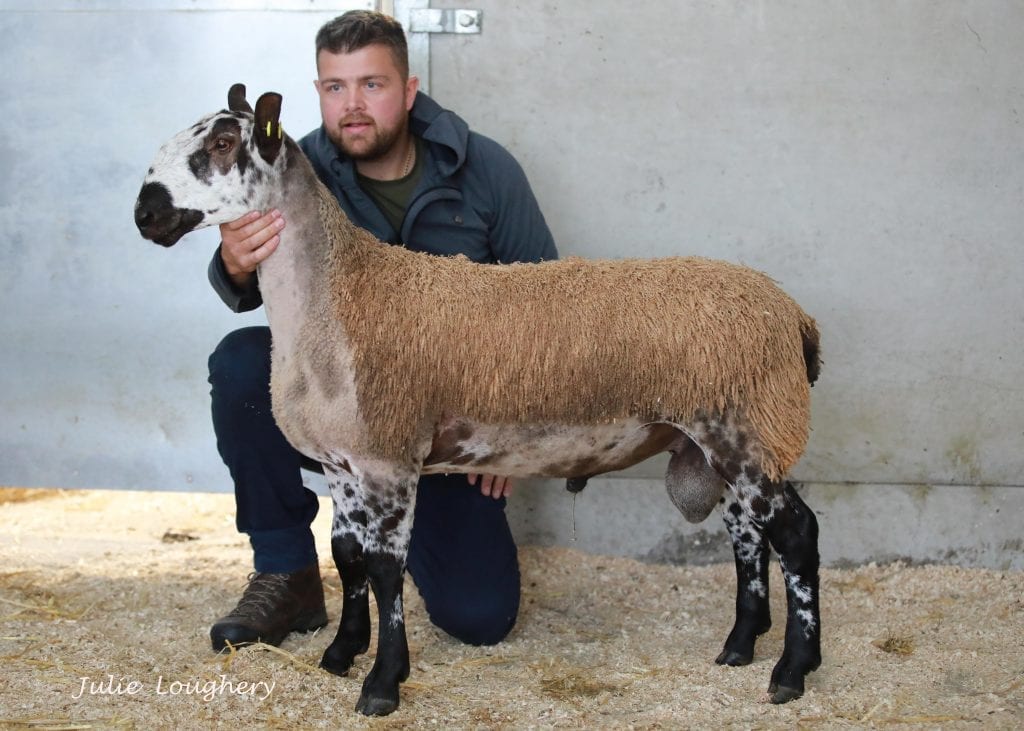 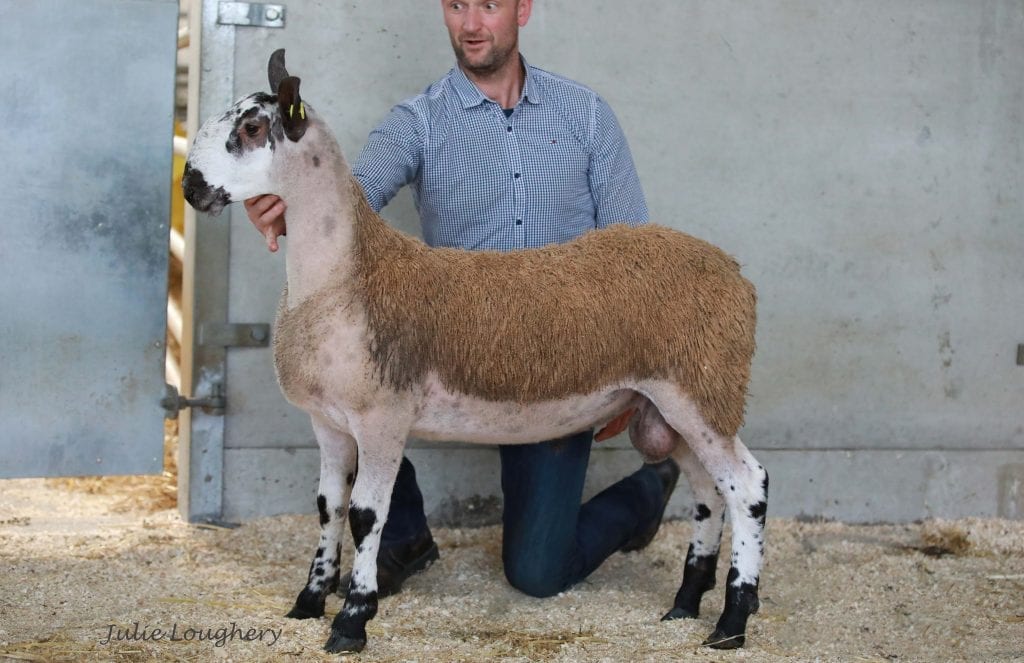 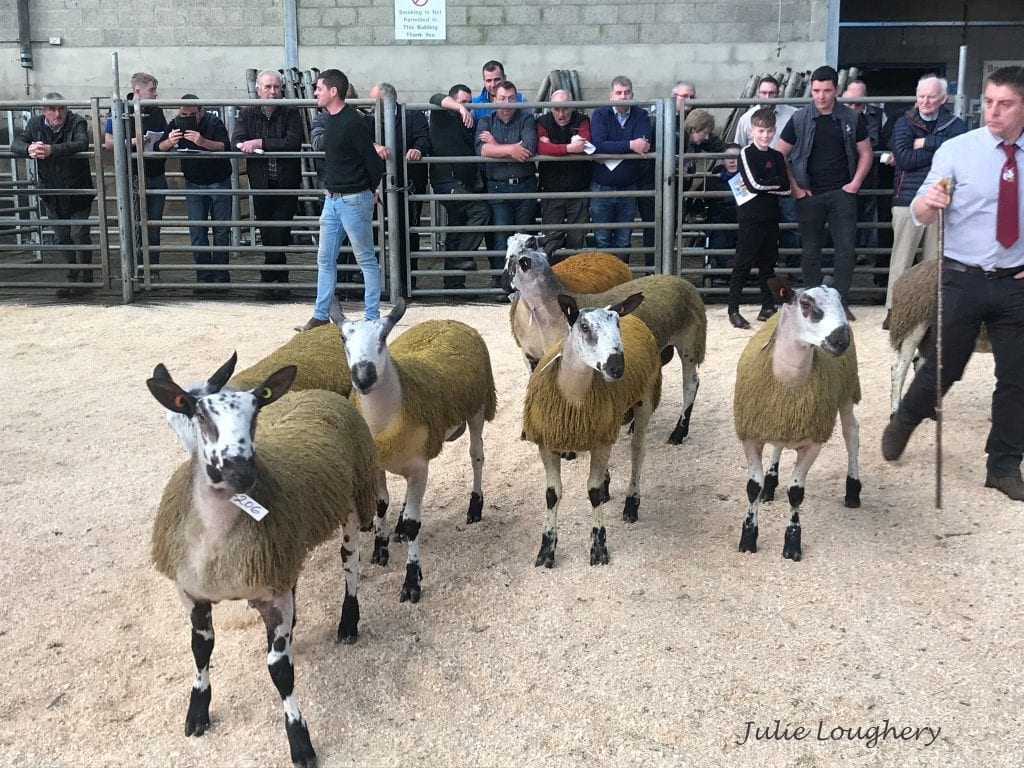