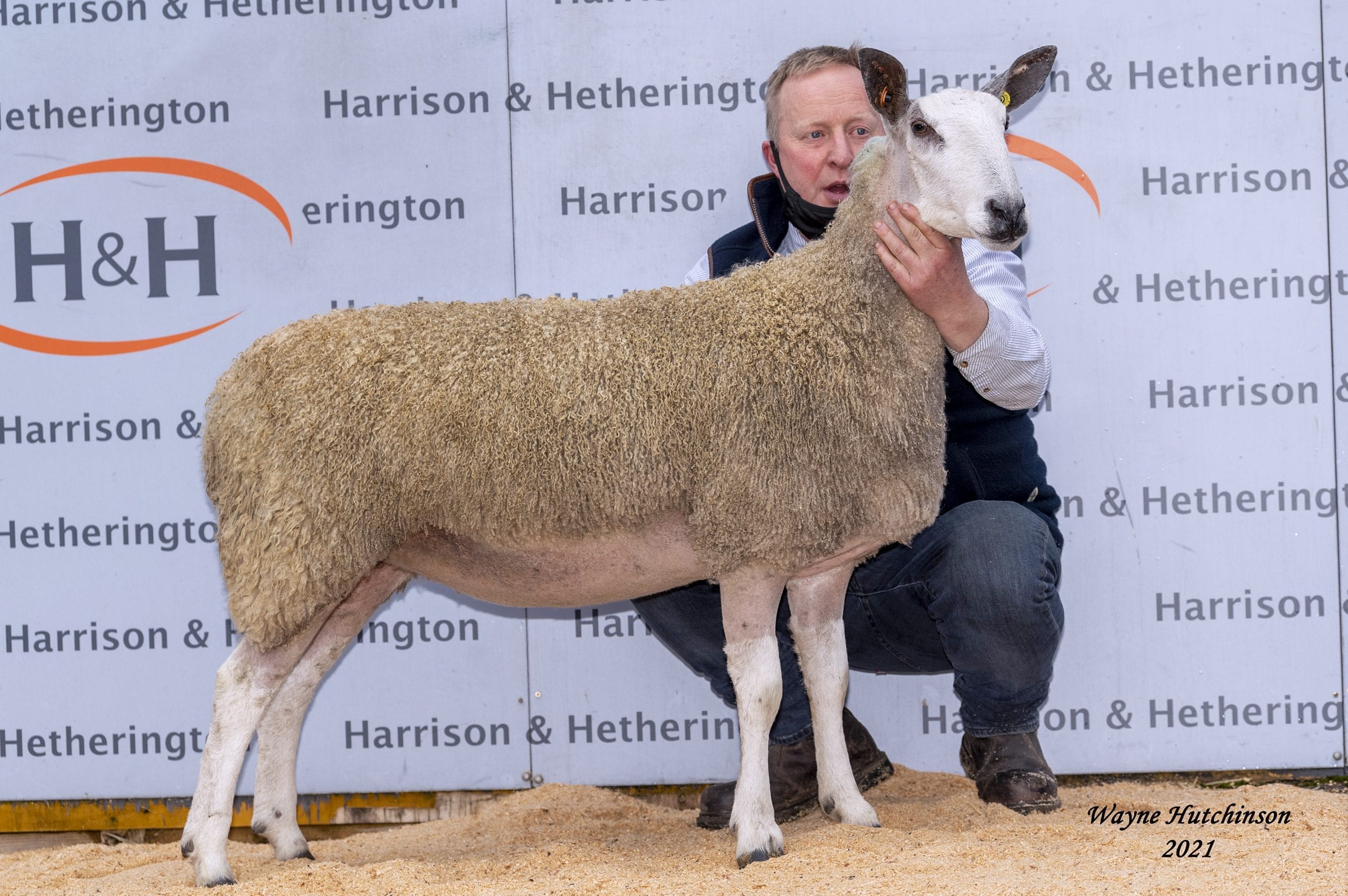 The first sale of the new year was a little bit different than other years with a smaller entry and even less buyers around due to the latest round of Covid measures. Nevertheless the trade was good and the online bidding was utilised fully with plenty of bids coming in from all over the country as farmers took time to have a coffee and buy a sheep!

The first consignment into the ring from the Kirkstead flock of Alan McClymont proved to be the days top draw, with some great sheep on offer. It was his forth gimmer into the ring which got the top dollars. This stylish sheep is out of the old E21 Kirkstead, a great breeding 9 year old ewe which has bred tups to 5800gns. She is by the 4000gns L1 Espley which is doing well and in lamb to the Whinneyhall bought last year. The final bidder at 2200gns was Martin Quinn, Fife. The first sheep into the ring from Alan sold for 1600gns. This one was by the old H16 Mendick and out of the old Red Cottage ewe which has bred tups up to 3100gns. This one was carrying twins to the Leadburnlea tup which was bought at Hexham last autumn, and bought by Messrs Fleming, Teviot Head. Dewi Parry, Nant-y-Glyd flock, North Wales’ picked a classy gimmer from the Kirkstead flock too, shelling out 1200gns for a Burndale sired ewe, full sister to tup lambs that have sold for £6000, £4500 and £3100 over the last few seasons, out of the F22 Kirkstead ewe which has proved exceptional for the flock. She was carrying twins again to the Whinneyhall. Mike Anderson logged in to the BFL click and collect service too, paying 1000gns to land the Kirkstead leading gimmer hogg, a daughter of the Ashes L1 and out of the same ewe which bred the £3000 shearling and £2300 lamb at Hexham last backend.

Teviot Head were back in among the buying later in the sale when they landed the leading gimmer from the Burndale flock. This well-bred sheep by the H3 Lower Down carrying lambs to the M1 Kirkstead made 800gns.

Also at 800gns was the leading gimmer shearling from Kinaldy. This powerful sheep was by the L3 Philliphaugh, in lamb to Middle Dukesfield M11. Buying this was Messers Pennington, Much Wenlock. 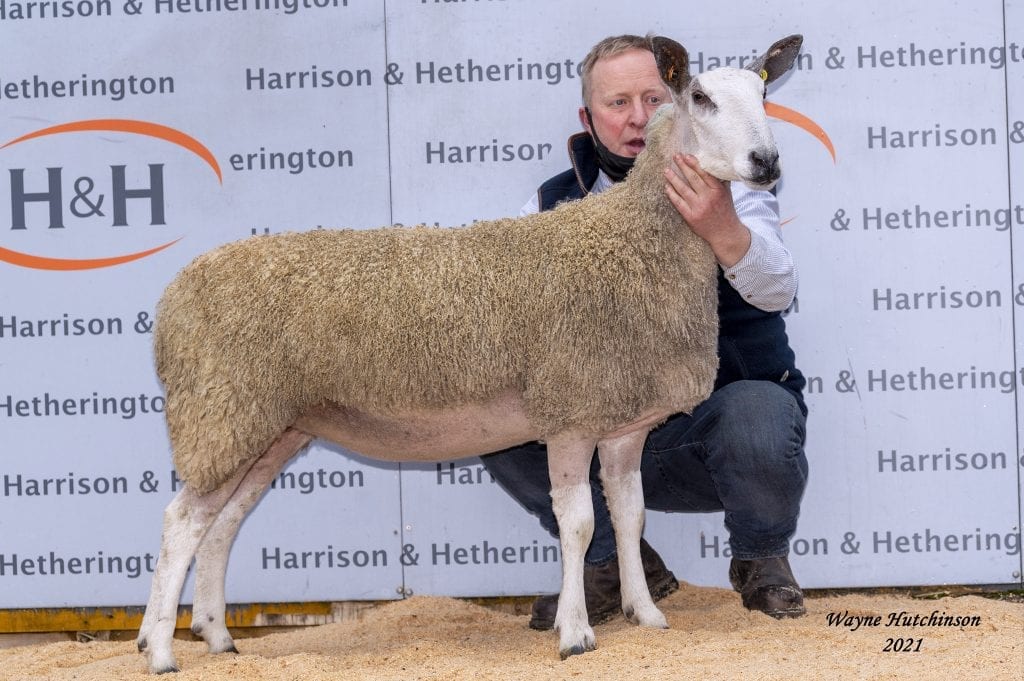 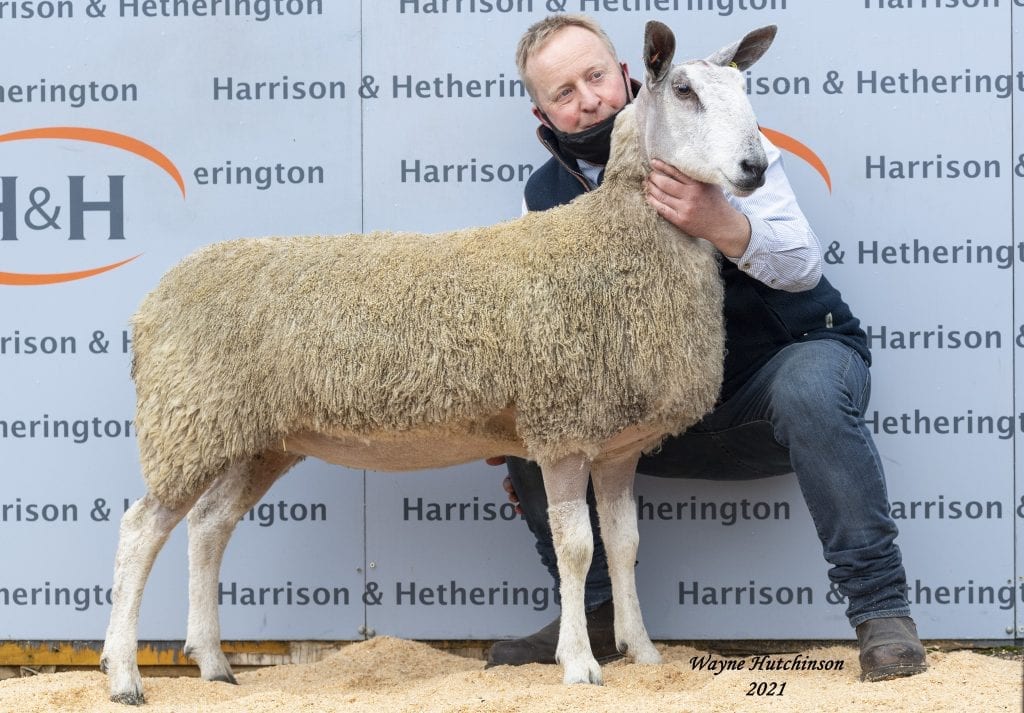