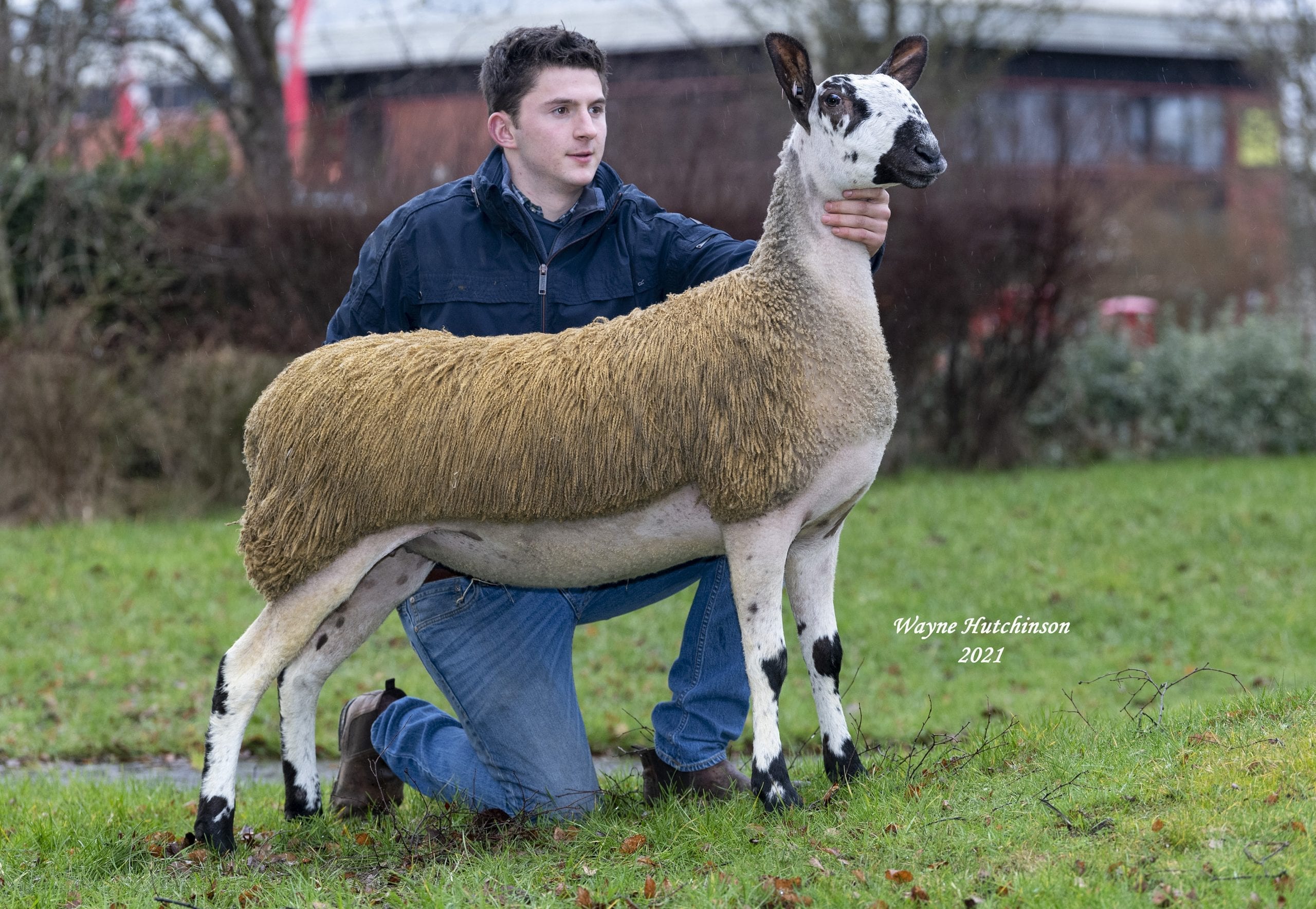 Dubbed “Blue Monday” by the media, the sale at Carlisle lived up to its name when some cracking sheep came under the hammer, with a depleted ringside to normal years it was good to see plenty of buyers there, along with a healthy dose of bidding over the telephone and online pushing the prices along nicely, giving the sale a very healthy average, with the ewe hoggs burning the biggest hole in the buyers pockets, with the 40 offered averaging a very healthy £1860, up nearly £500 on the year

Topping the days trade was a ewe hogg from Midlock. She was a long, clean type of sheep, with a neck which reached for the sky. She is a late born lamb by the well-bred M2 Asby Hall, a son of the K1 Smearsett, which has proved to be quite a breeder and out of Midlock K90, one of the  Wights favourite ewes, sired by J6 Hewgill, going back to the same breeding as Midlock Big Yin. Midlock have retained its full brother and sister such is their faith in the bloodlines. The bidding was quick to crack along, and the hammer fell at 9000gns selling to Jamie Pirie, reinvesting some of the cash he made at the Lockdown Ladies sale late last year.

The Hewgill pen was much admired both before the sale online and when they came into company they didn’t disappoint, with many an admiring eye being cast over them. Hewgill are in an exceptional seam at the moment and the choice on offer was both eyewatering in quality and the breeding, with very little to separate the first two in the pen, both by Hewgill M39, and indeed you couldn’t separate them in price either as the hammer fell for both of them at 8500gns. The first of the pen was a full sister to N1 Hewgill which sold for £30,000 last autumn at Hawes and with the flock retaining 5 full sisters it was a rare opportunity to acquire the breeding. Martin Allan from Greenhow was the one who held his nerve the most, landing her after some frantic bidding. The Hewgill second lamb was full of power and its mother was the full sister to L33 Hewgill which has been producing the goods in the Skeughdale flock, siring 8 of their top pen gimmer lambs off only 30 Swale ewes and producing tups at £14,000 & £10,000. This one sold over the telephone to Neil Laing. The third lamb in the pen by the Riddings L7 headed back down into Wales with Michael and Ella James adding her to the Duhonw flock for a snip at 2500gns.

Kirkby Redgate have enjoyed considerable success at this sale over the past few years and this year, despite being the last consignment in the ring, was no different, with Richard Hutchinson turning out a great pen of gimmer hoggs which certainly caught the eye. It was their second lamb which got the buyers most excited. This corker of a hogg is the full sister to N3 Kirkby Redgate sold for £12,000 at Hawes last year as well as N34 Kirkby Redgate which they retained. She is by the £14,000 Skeughdale and out of the full sister to the 6500gns gimmer which was champion at Carlisle. The buyer for this classy lass was DG Sayers, Valleyfield, Northallerton, who forked out 5000gns for her. The Same sire was behind the Kirkby Redgate first hogg which sold into Northern Ireland, joining the Lakeview flock for 3000gns. This hogg is full of great breeding on the mother’s side too and its grand mother was full sister to the 11,000gns ewe lamb sold a few years back.

Earlier in the sale Martin Allan enjoyed a healthy trade with his pen of smart lambs. His pen leader was by the £11,000 M1 Smearsett and sold for 2600gns, selling to West Biggins.

Top price in the gimmer shearlings went to William Wallace, selling the last of his flock, apart from a few old dears he has retained, selling a very smart gimmer by the Gragareth J3 which has done well for the Gapshield flock over the years. She was carrying twins to the L15 Riddings and sold for 2200gns to Kilnstown Farming.

Whilst the entry was smaller than in previous years, for obvious reasons, the quality was still there and well bred, well grown sheep were in demand, and hopefully set a precedent for the trade for the rest of the year. 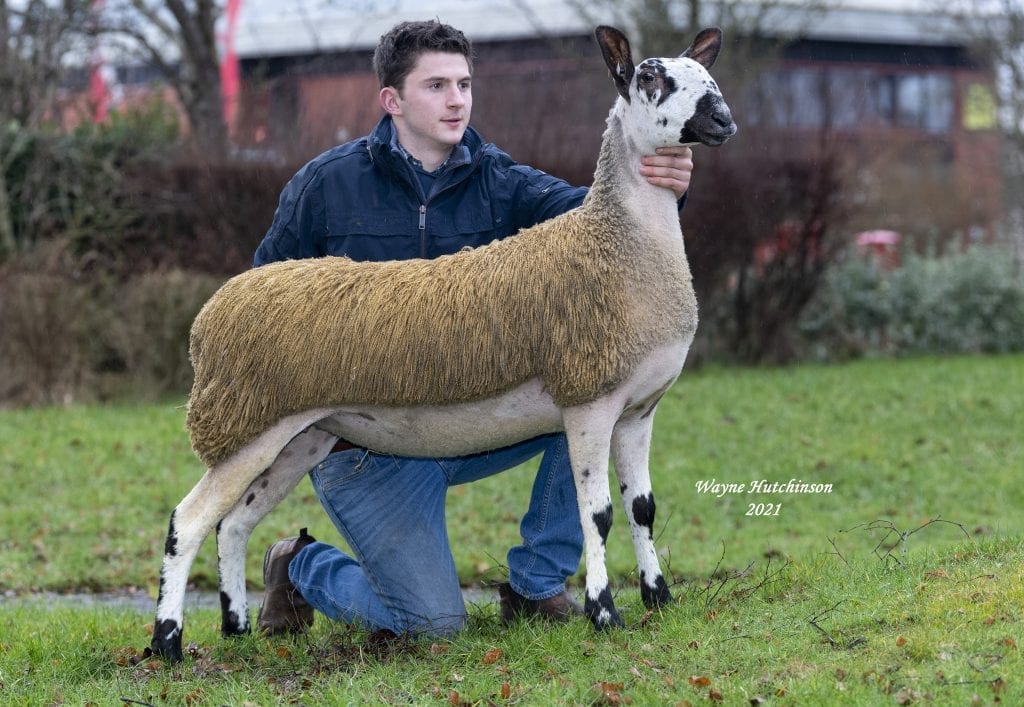 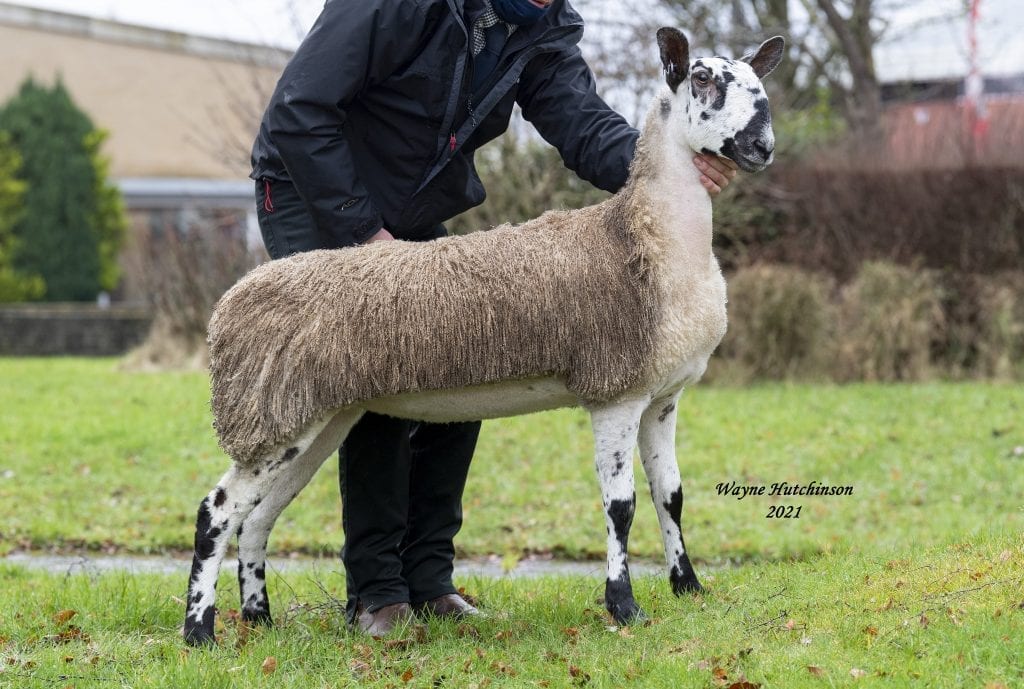 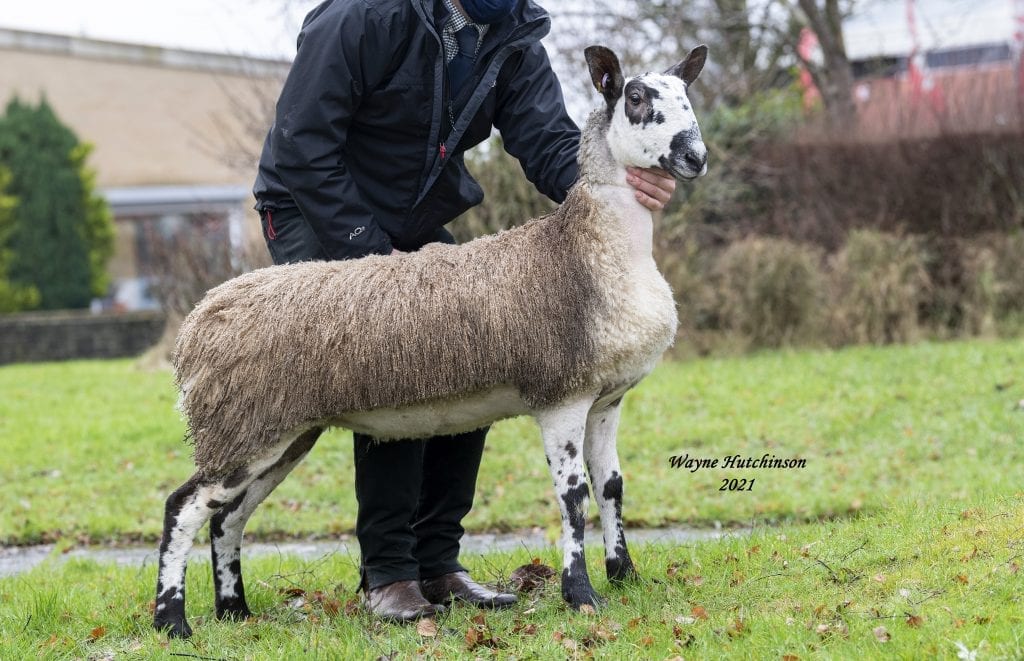 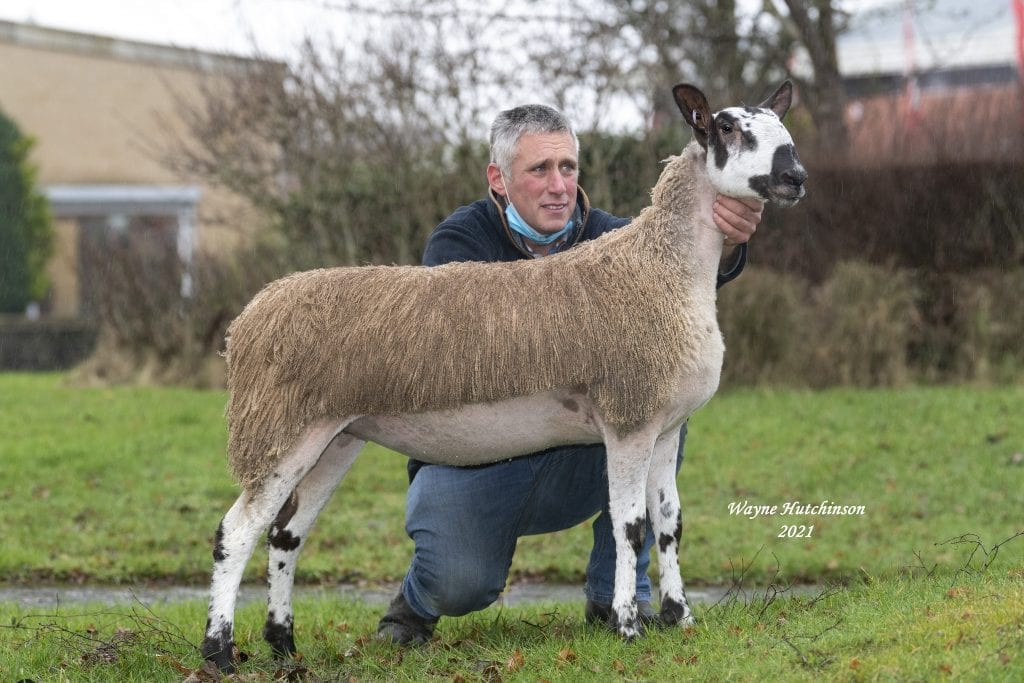 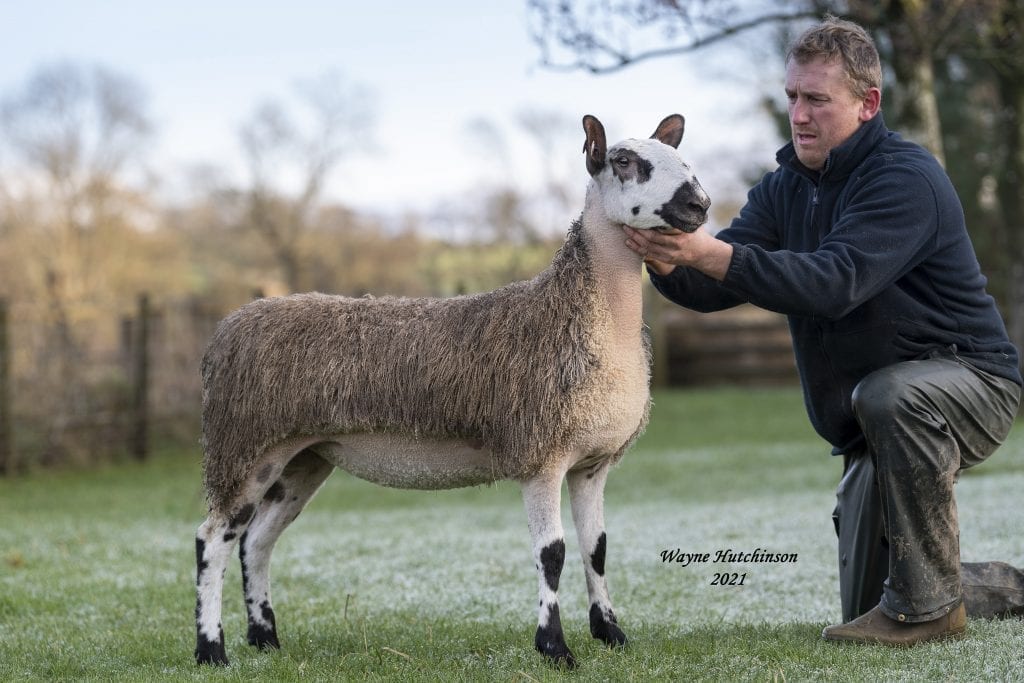 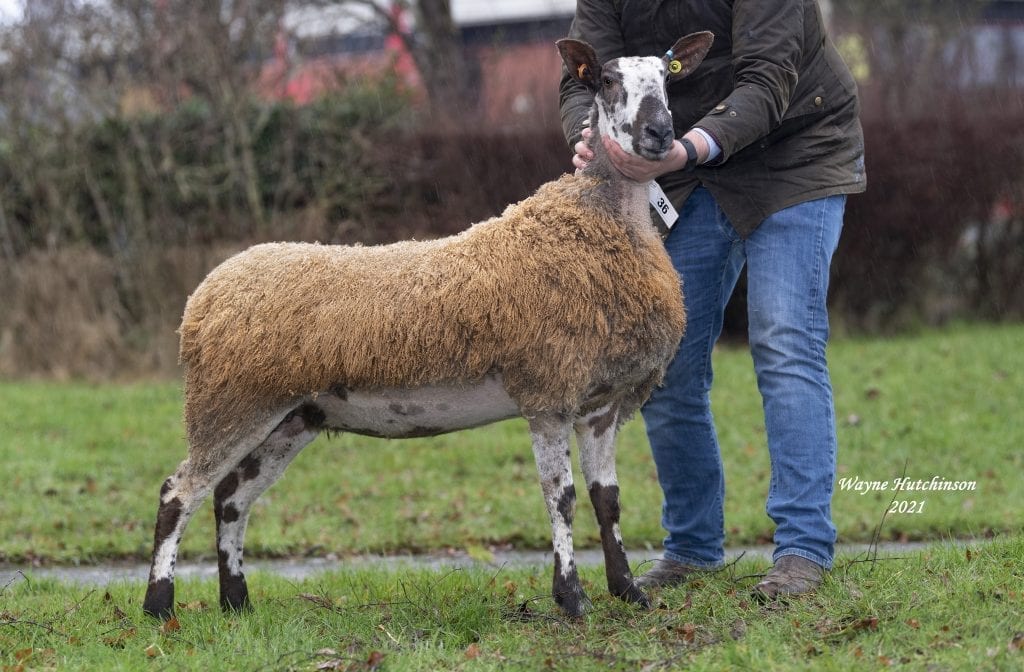