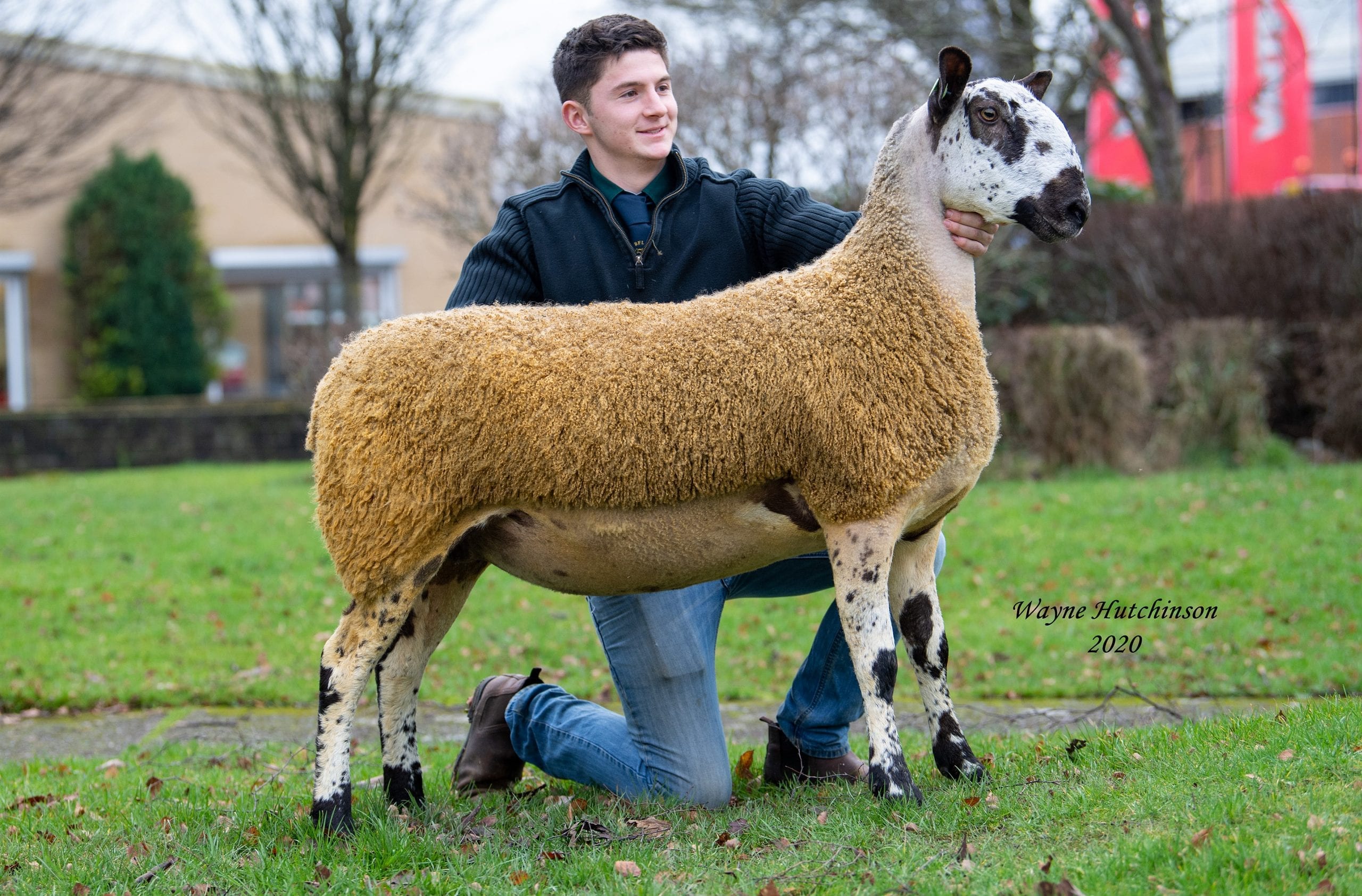 A great turnout and a packed ring saw a good trade for the top end sheep at the 2nd Classy Lasses sale of the crossing type of Blue Faced Leicester’s at Carlisle which saw a catalogue of 200 sheep come under the hammer, with buyers out in force from all corners of the UK.

Topping the days trade was the 3rd prize gimmer hogg from Richard Hutchinson from the Kirkby Redgate flock. This tall, powerful sheep is by a homebred tup, by the £14,000 Skeughdale, which they have used in the flock and has done well with 3 gimmer lambs in their champion pen at Kirkby Stephen by him last autumn. Its mother is the full sister to his 2017 champion he sold for 6500gns which was out of a Hewgill ewe they bought for £5000. With such good bloodlines flowing through her she was always something a bit special and after some strong bidding the hammer fell at 9000gns selling over the water to W Bell, Ballynahinch, Co Down. Kirkby Redgate also took second prize in the gimmer hogg section, which followed into the ring and was knocked down for 4000gns, again selling into Northern Ireland to Lee Beacom, Lakeview. This one was by the £18,000 Shafthill and out of a good line of females.

Hewgill females are always in good demand and the selection they brought forward for this sale were no different. The Jewel in the pen was a lovely hogg, with a lovely clean colour on her. Once again it was an embryo sister to the first three tup lambs they sold at Hawes last autumn and also to the sale leader at Hawes over the weekend. Neil Laing, Biggar, was the final bidder for this sweet hogg, with the hammer falling at 8500gns. The following Hewgill lamb was another full sister and this one saw the bidding surge, with a final bid of 4500gns on her, selling to the Campbells of Easter Happrew, Peebles.

It was a first for Midlock as they took the days championship, judged by Phillip Dawson of the Kentmere flock, with a really tidy gimmer shearling, full of style and power as well as some of the best bloodlines available. She is by the K1 Shafthill and out of the H102 Midlock ewe which was the Champion at the Highland show in 2016 and full sister to the reserve champion at the Highland last year. Some serious breeding indeed. She is carrying triplets to L1 Hundith, a son of the 18,000gns Shafthill, full of Midlock bloodlines, both Mustang and Z4 Hundith, so the breeding of the lambs is in good hands! She was the first of the Midlock consignment of 18 gimmers and fetched 6500gns, selling to Messrs McCrystal, Maghera. This set the tone for the Midlock gimmers, with a packed ringside watching on saw gimmers sell for 5500gns for a daughter of K4 Marriforth carrying a single to L60 Midlock. This sold to P Mullen, also Maghera. A daughter of K1 Highberries reached 4500gns, carrying 3 to M2 Asby Hall. This sold to S Wilson, Ballymena. This gimmer is full sister to L27 Midlock, the champion at the Highland last year. The Midlock pen levelled out at £2667 for 15 sheep.

Trade for the day was selective with averages down in the ewe and shearling sections but the gimmer hoggs saw a jump of just over £400 with a similar number sold. 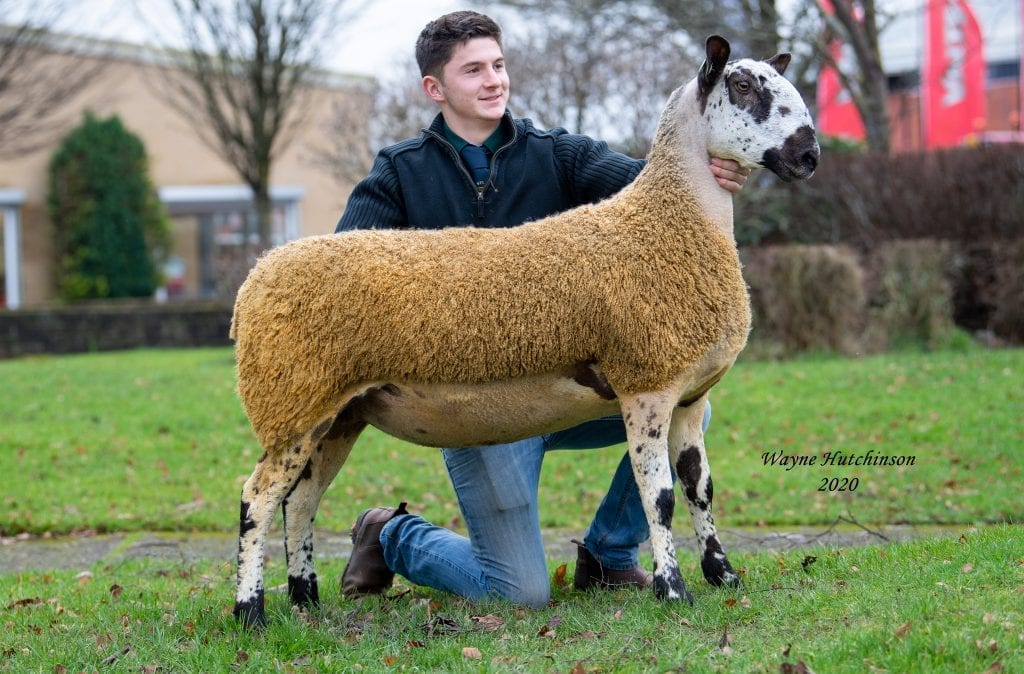 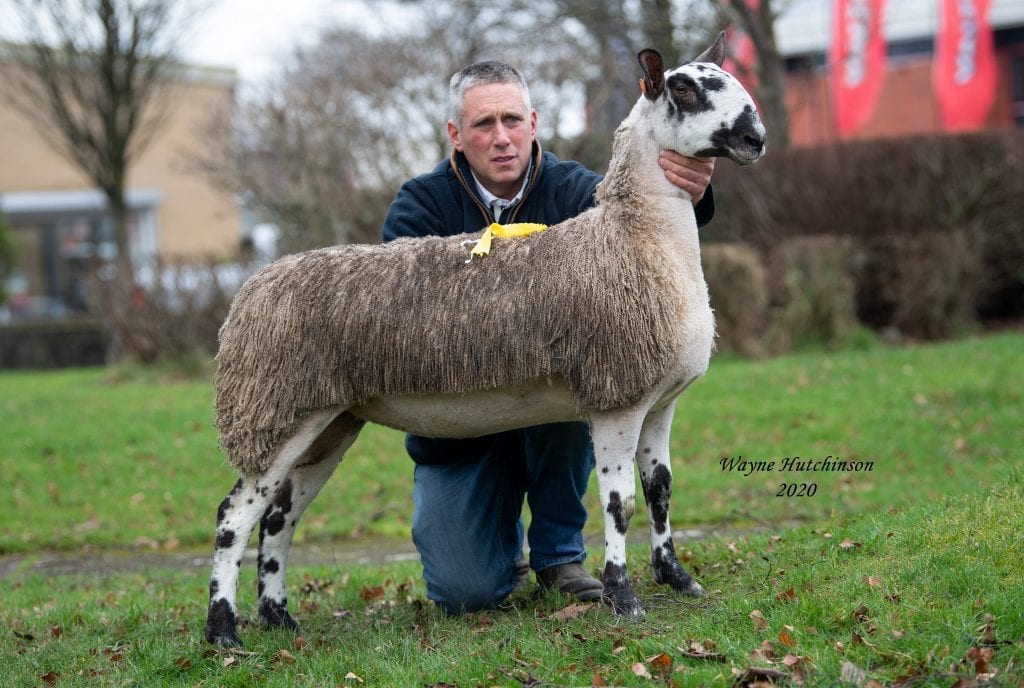 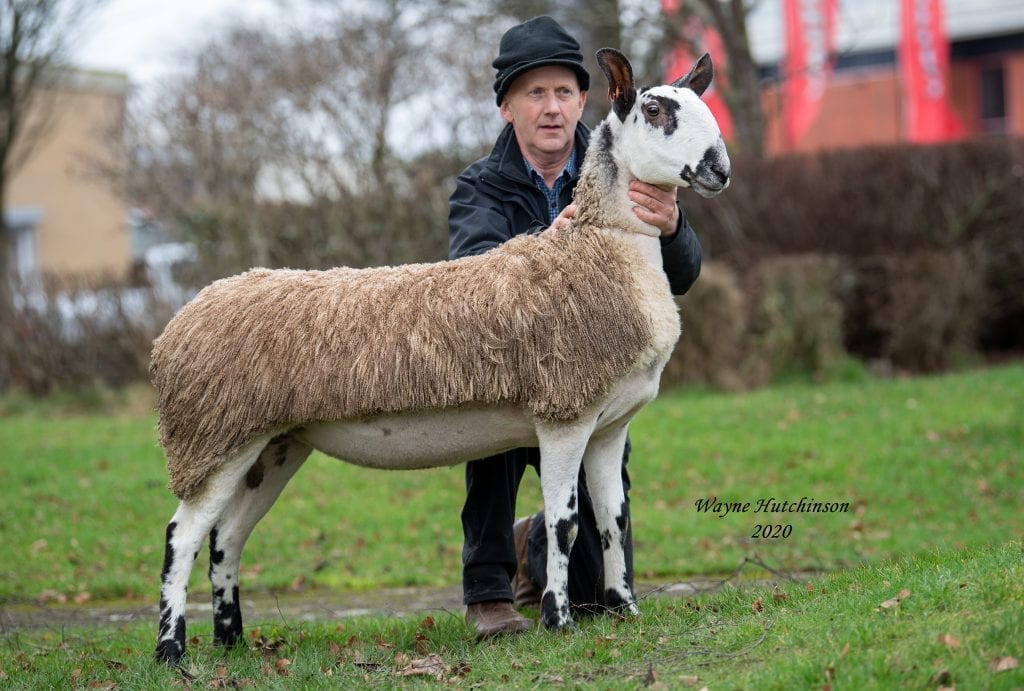 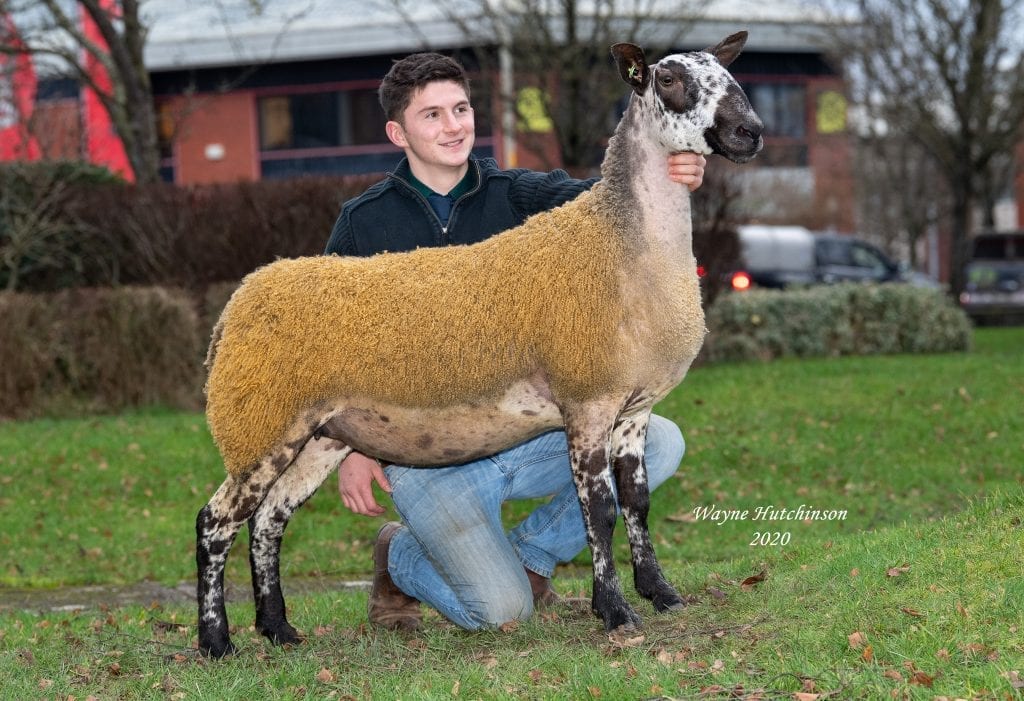 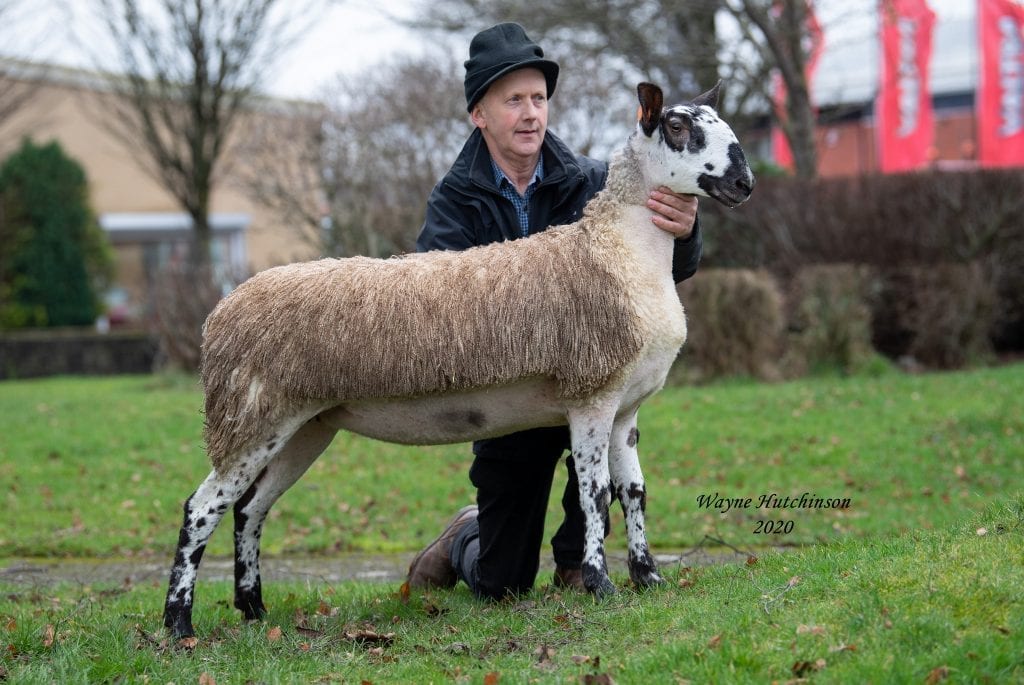 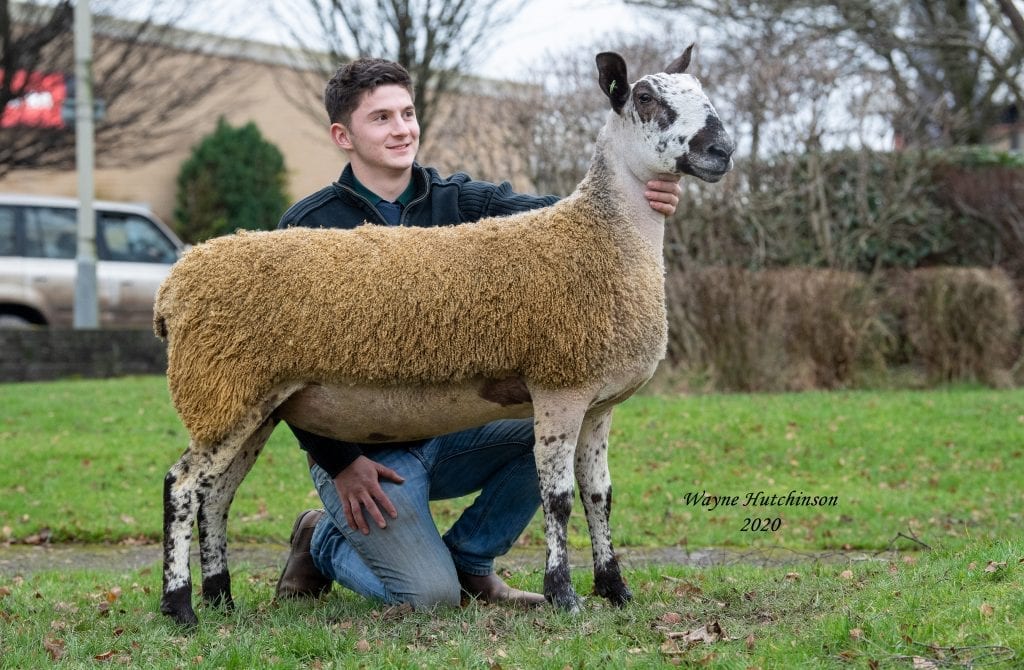 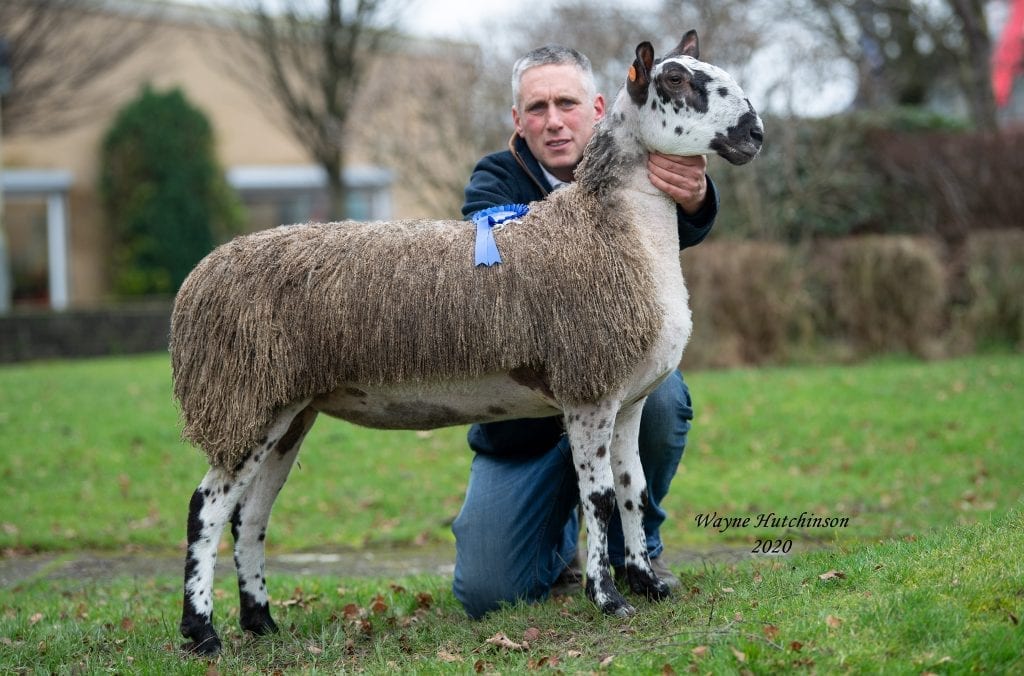 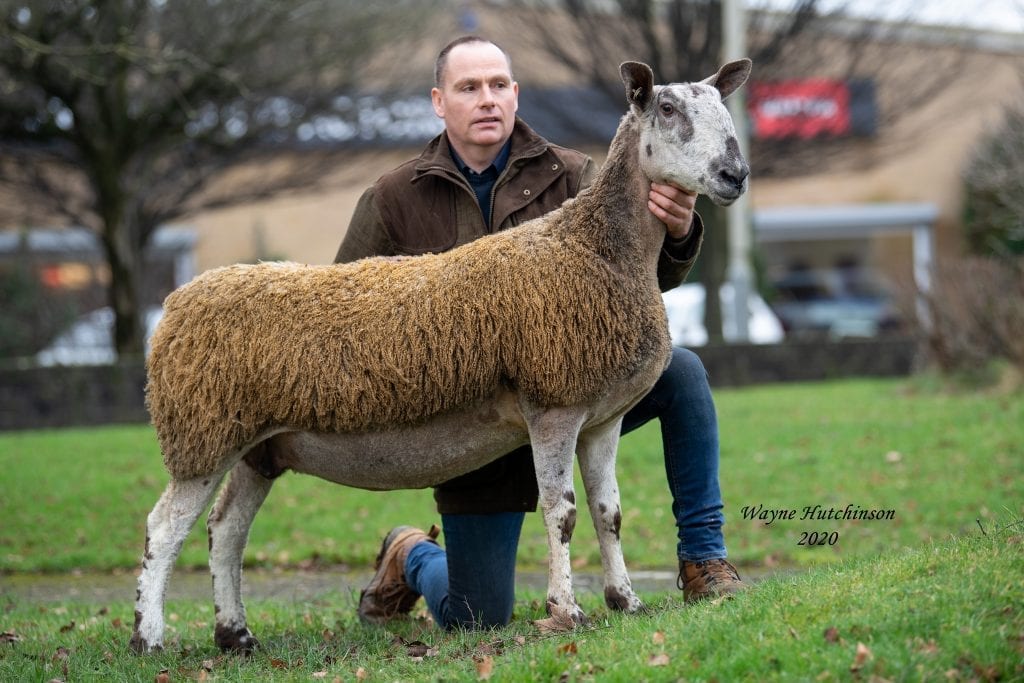