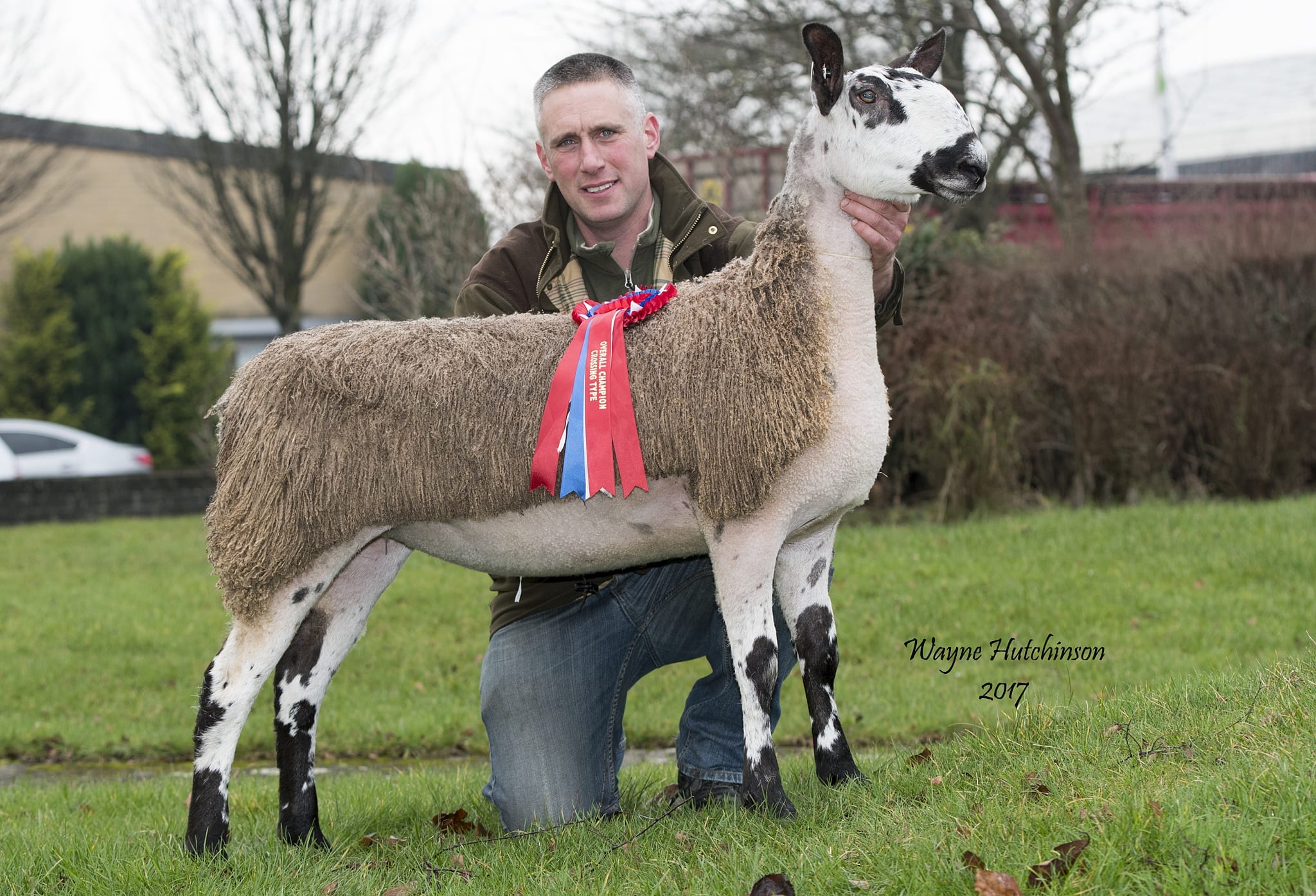 Once again there was a packed ring at the Carlisle female sale for the Bluefaced Leicester sale, which always draws a big crowd on interested onlookers. Whilst the heights of last year weren’t reached, there was a good solid trade all round, with strong demand for all types of sheep, which saw averages up on the whole by £87.87.

Leading the way was George Shields who runs 40 pure ewes alongside his flock of Swaledales with Dad Gerry and brother Josh at Tarn House, Ravenstonedale near Kirkby Stephen. His J58 Skeughdale is the full sister to the H1 Skeughdale, sold to Kirkby Redgate for £14,000 a couple of years back. By the homebred G18 Skeughdale which has done well in the flock, sire to a lot of his top pen lambs, which have sold up to £470 and out of a ewe by A3 Hewgill. It sold for 6800gns, the top price for a female from this flock with a growing reputation, and was bought by Keith Ireland as a 60th birthday present for himself!

The day’s overall champion once again came from the Kirkby Redgate consignment, with J51 Kirkby Redgate, a lovely sharp, stylish lamb out of a Hewgill bred ewe bought for £5000 at Hawes by the B41 Hewgill, and by the G17 Marriforth, which was also the sire to the record breaking tup lamb sold two years ago in Hawes. She is the full sister to the flock’s “Green Tag” and they have retained eight full sisters in the flock. It sold for 6500 gns to Lee Beacom, from Lakeview Blues, Co. Tyrone. Kirkby Redgate also saw a bid of 5800 gns for their third lamb, a daughter of the £14,000 Skeughdale, which was a very tall, long sheep with good clean colour. It was out of a ewe A1 Hewgill, which has already bred tups to £7500. It was sold in a two way split into Northern Ireland with Graham & Julie Loughrey and Michael Smyth, both from Limavady, Co. Londonderry. The Loughery’s also took another from the Kirkby Redgate flock for 2200 gns, leaving the flock with a great average of £3000 for seven sheep sold.

The reserve champion came from the Penhill flock run by Tom Willoughby. It was a powerful gimmer hogg, which was admired by many for its sheer size alone, before its bloodlines were taken into consideration. J29 Penhill is by the E29 Midlock, bought for £5000, which has put the flock on the map, with sons selling to £16,000, and out of a daughter of the old Smearsett show ewe they bought many years ago, by the B4 Hundith X-Factor which they sold to Hewgill for £9000 as an aged ram. The anticipation for this hogg was clear and the ring was jam packed with watchers as it came under the hammer. The hammer landed at 5500 gns, selling to Andrew Campbell, Drimsynie.

Midlock were once again selling a top notch batch of gimmers, with 22 forward, full of good bloodlines and as always, they were well turned out and in demand from the punters. Topping their sale was a strong, smart, gimmer by the E1 Hewgill and out of the mother of E29 Midlock, which was the breeding behind the Penhill hogg. She is carrying three lambs to the E1 Bull & Cave, and is one of the favourite sheep in the flock, with its twin sister taking first prize in her class at Peebles last year. Once again it was heading over the water into Northern Ireland, with Lee Beacom once again splashing the cash, helping the Midlock pen average out at £2066, making it another good day at the office for the Midlock team.

John and Mandy Smith-Jackson run the noted Shafthill flock near Haltwhistle and their bloodlines have gained quite a reputation over the years for being full of quality and producing the goods for new owners. Their pen of three this year certainly drew the crowds and their first hogg, a really smart daughter of the homebred C2 Shafthill, by the noted Z4 Hundith, which won the Penrith Mule progeny three years in a row and is out of a ewe by A3 Scarrowmannick, the first female out of this ewe to ever be offered for sale, with full brothers selling to Walkers at Brennand Farm, Neil Marston, Highberries and Julie Lee, Agar Hill and another to John White, Rigg Farm, as well as the F2 “Green Tag” which he kept to use at home. This gimmer headed up over the Border to the Thornborrows at Daywk flock. A daughter of the £6000 E28 Midlock from the flock sold for £3000 to Jamie Pirie, Blarnavaid, taking the Shafthill flock average to £3220 for their three lambs.

Michael and Ella James had a long trip from Wales, with 18 sheep from this well noted flock, and their first hogg into the ring made 3000 gns. This cracking hogg is the same way bred as the Champion from Hawes last year, by the £8000 G1 Midlock and out of a ewe by E1 Swathburn. With great colour and style, it showed itself a dream in the ring, persuading the Porters from Riddings to dig into their pockets and take her home. The Duhonw flock saw another bid of 3200 gns for a gimmer shearling by by the E1 Swarthburn carrying twins to the G1 Midlock, this one selling to R Gornall, Dent, helping to take the flock average to a very respectable £1391 for all 18 sold. 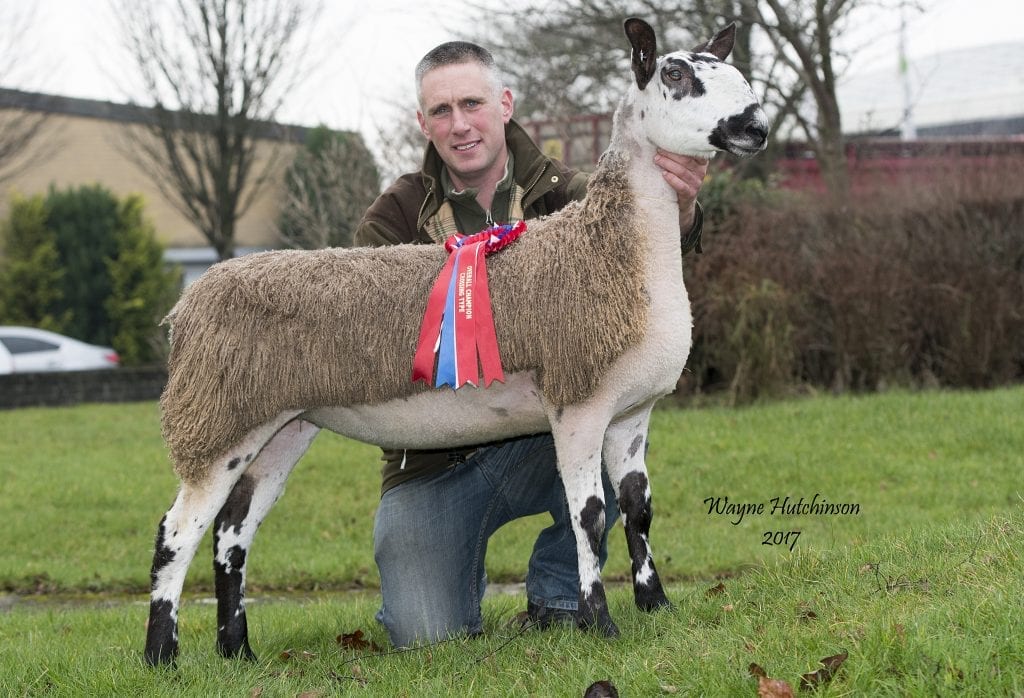 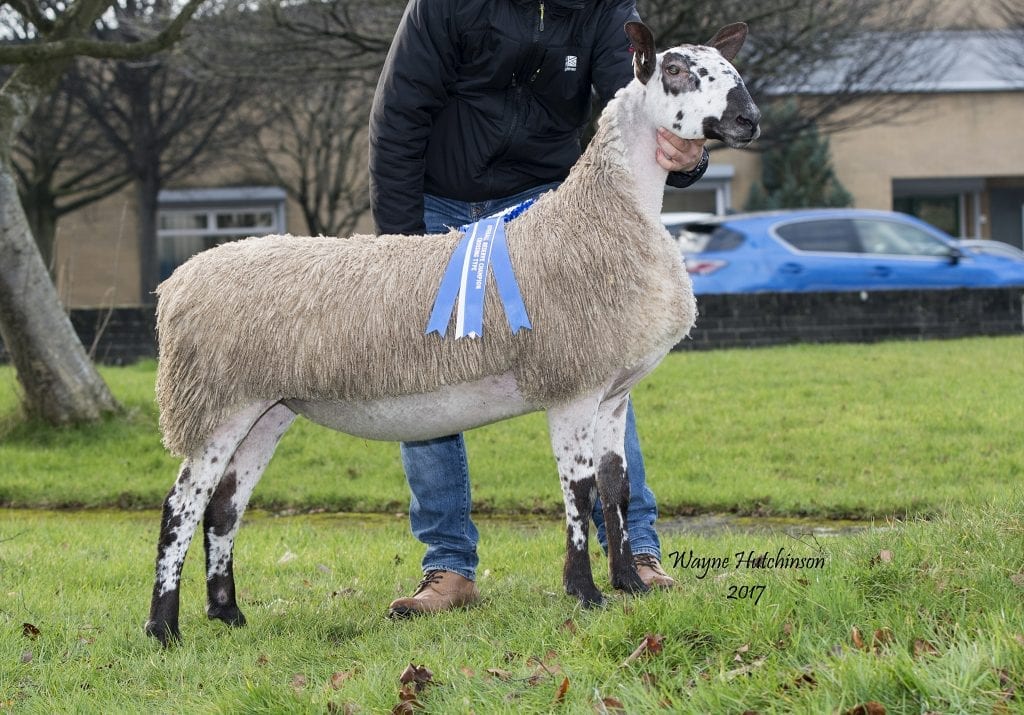 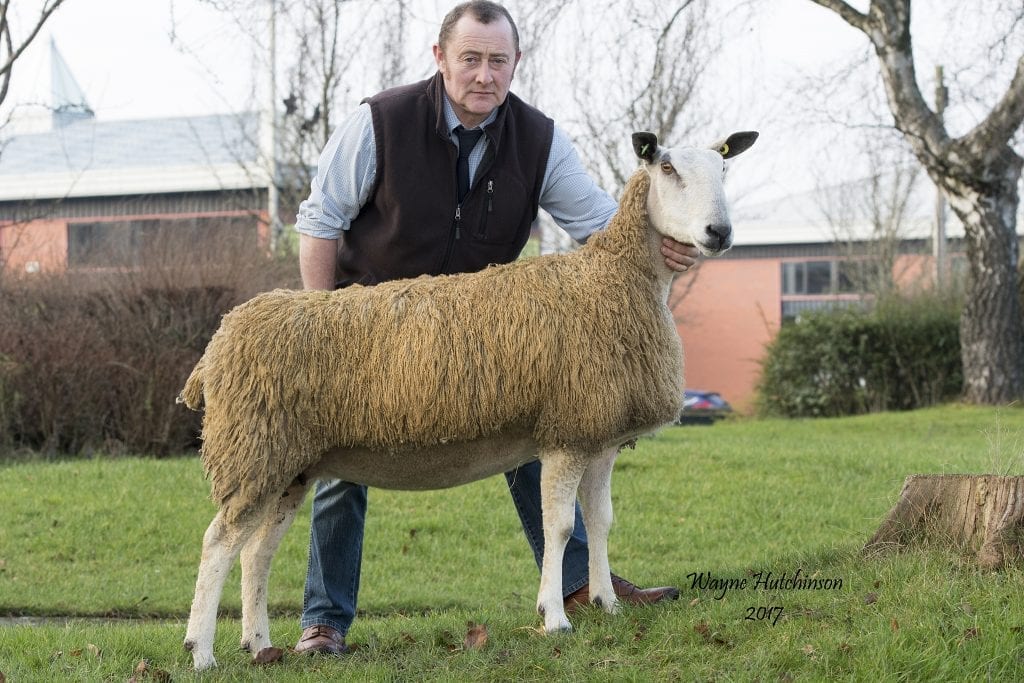 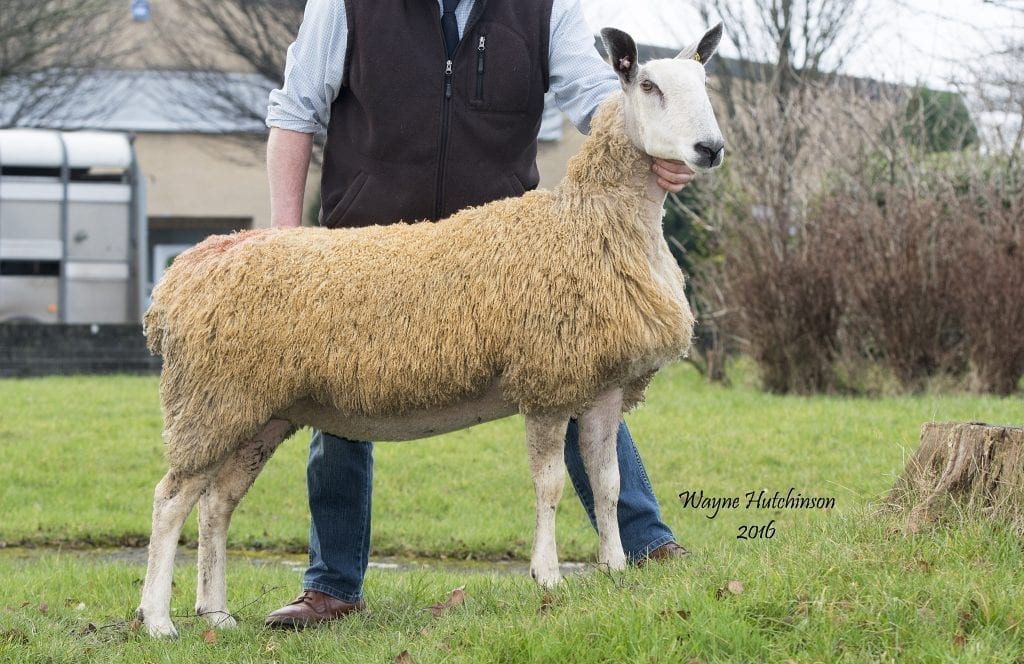 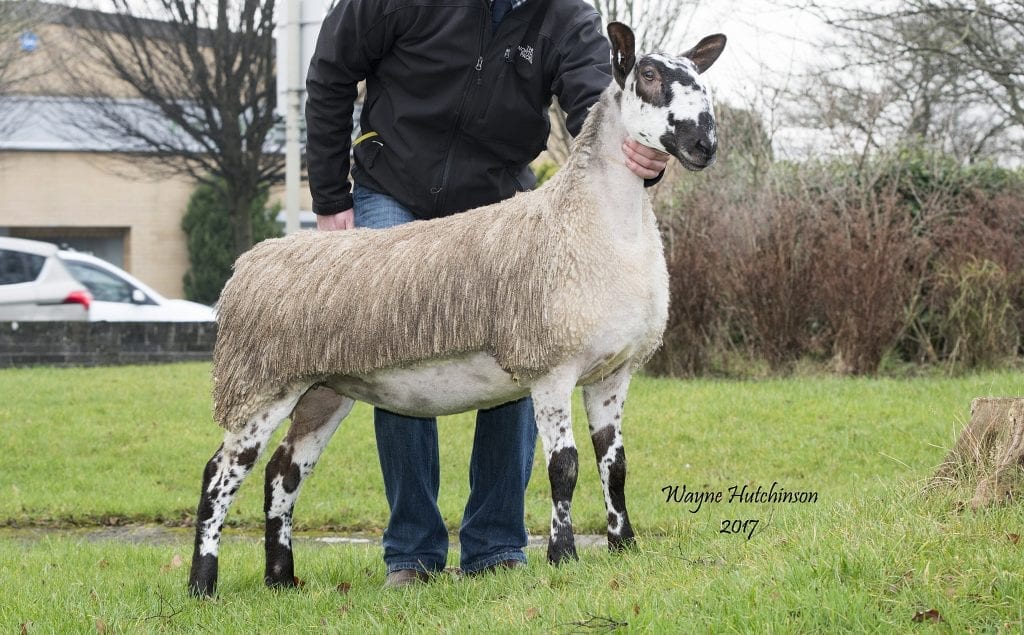 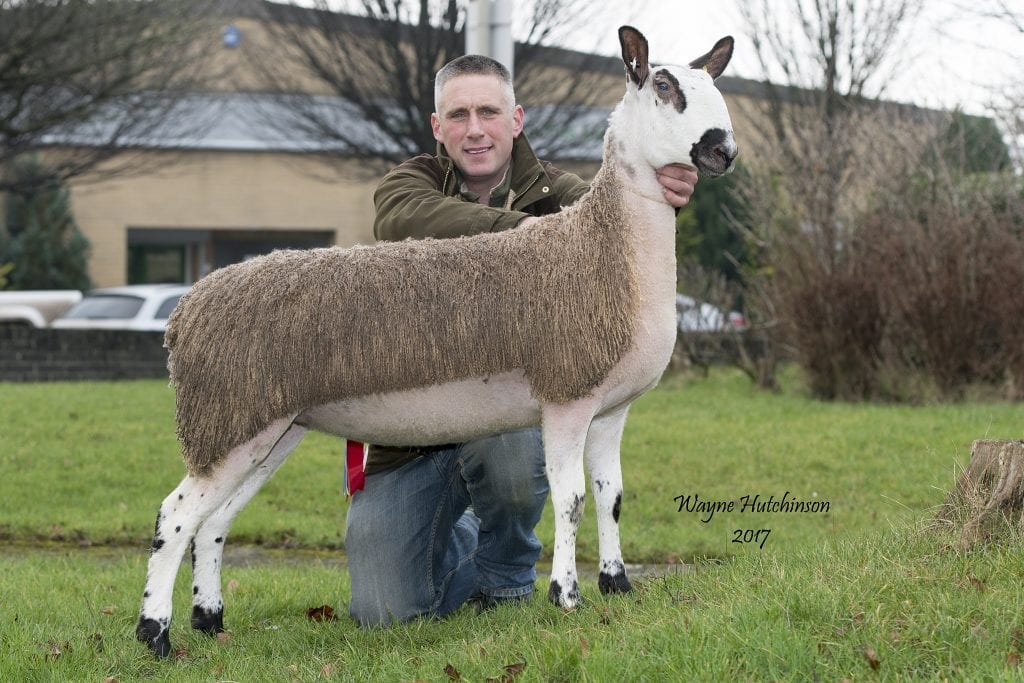 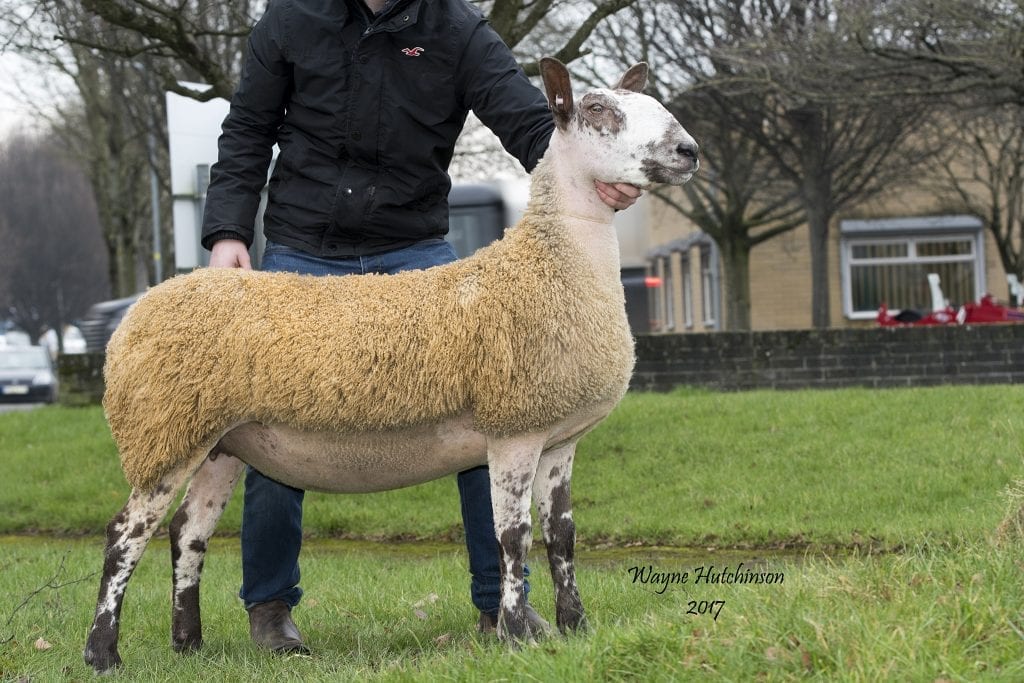 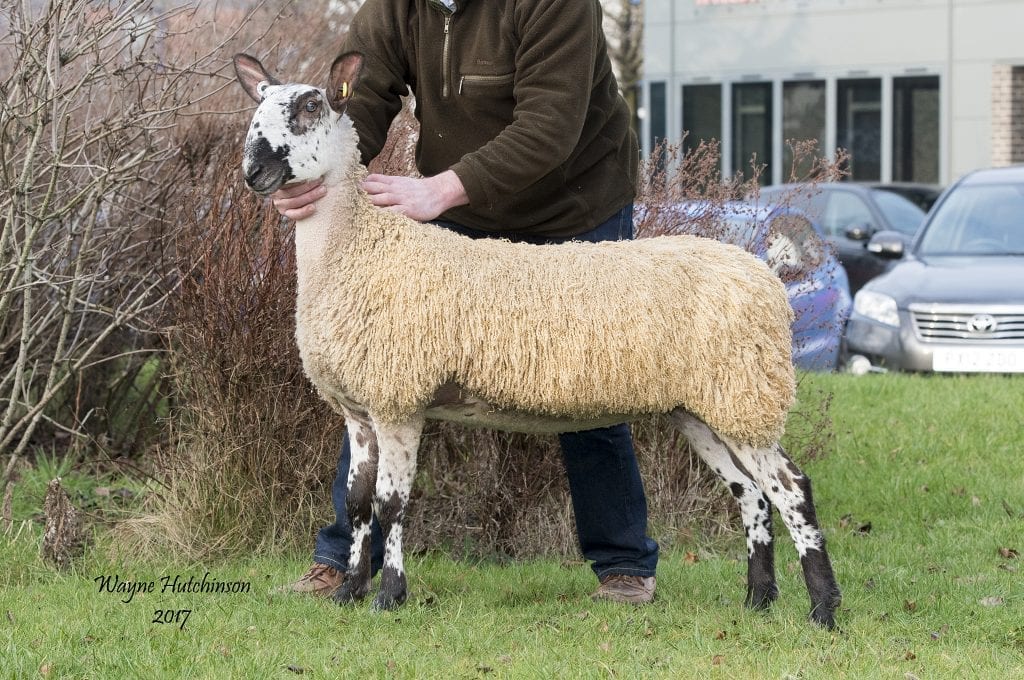 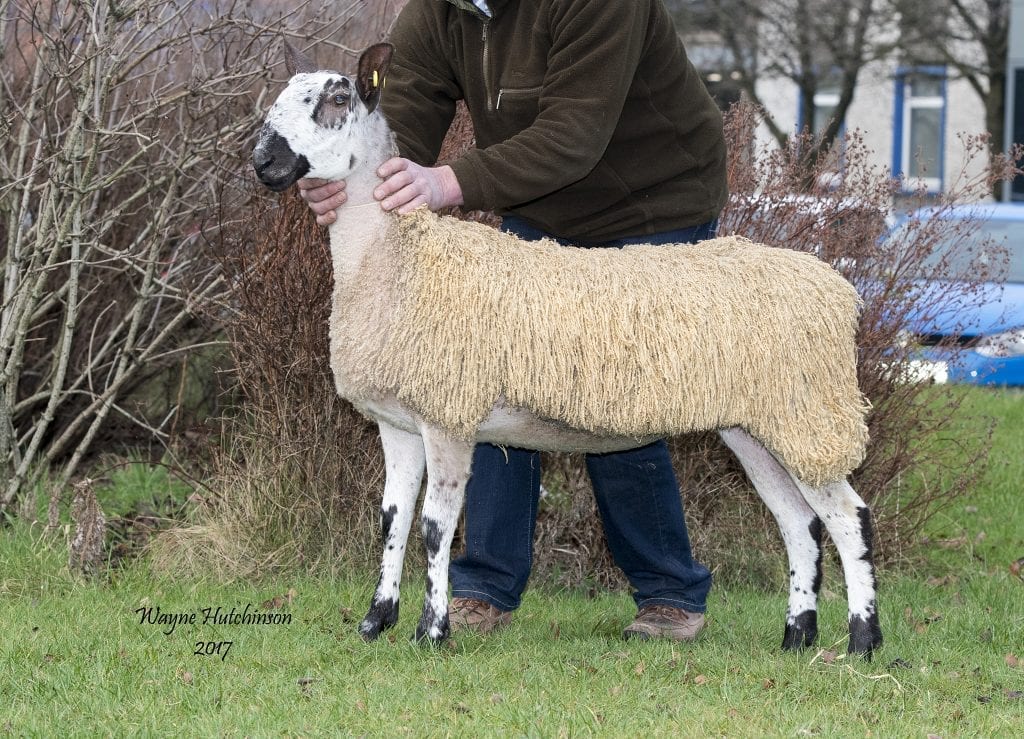 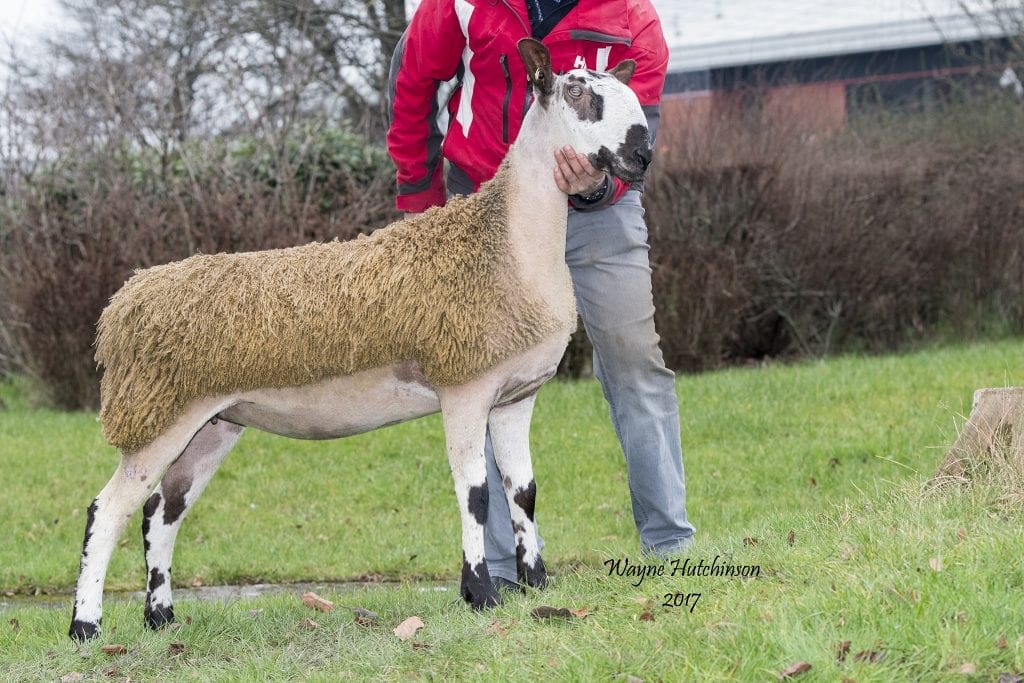 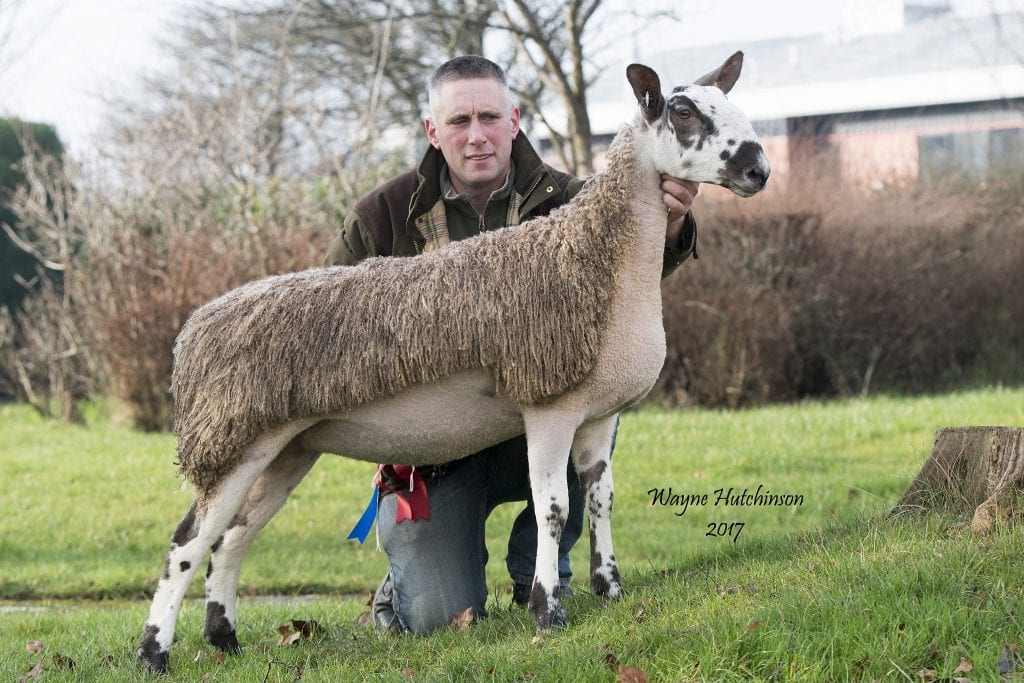