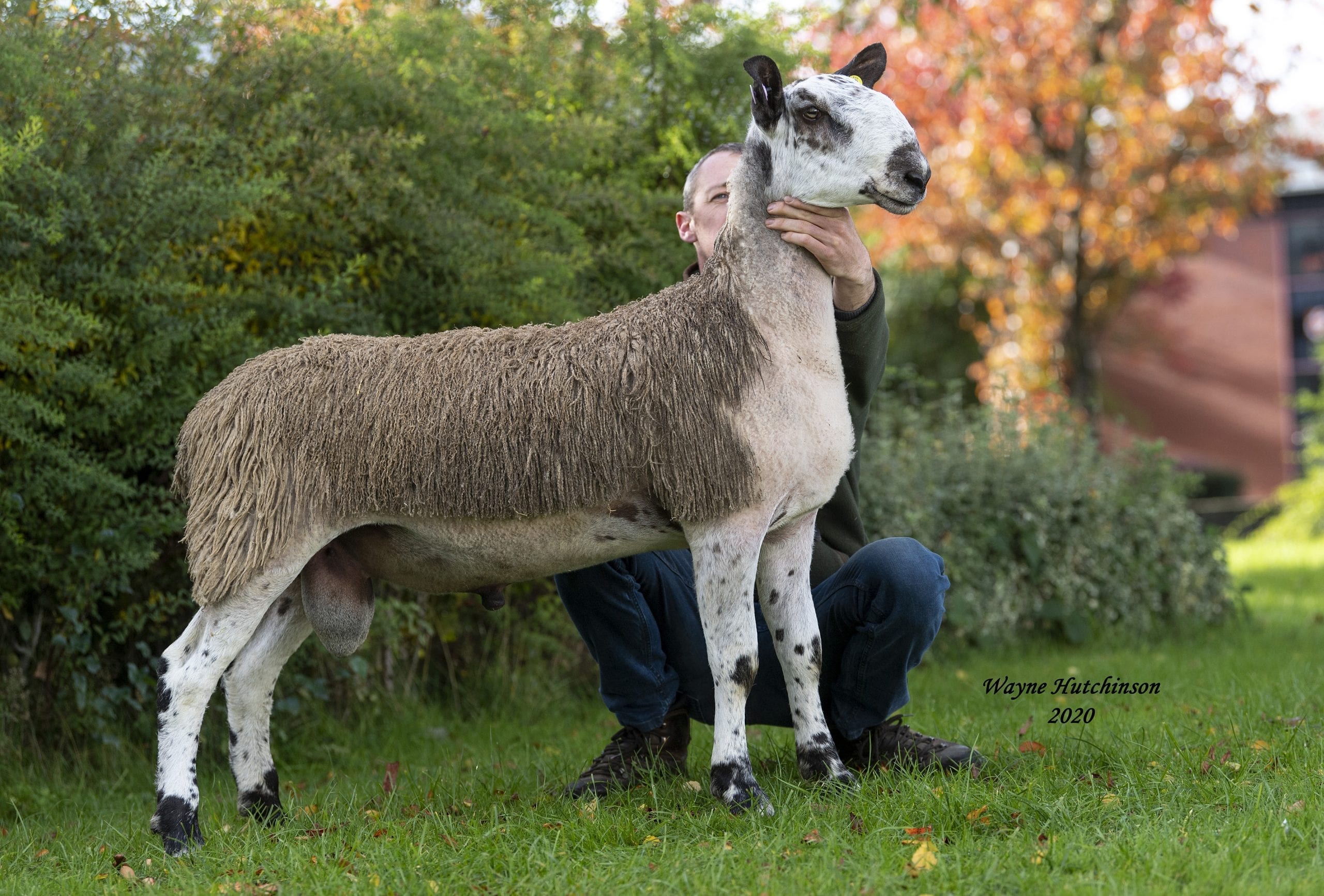 The last big sale of Bluefaced Leicester’s this autumn saw a catalogue of just shy of a 1000 sheep on offer, with sellers and buyers from all over the UK converging on the Carlisle auction mart, observing strict Covid-19 social distancing rules and checking out the latest bloodlines on offer in both the traditional and crossing types of the breed. Although the catalogue was down around 200 on the previous year the demand was as high as ever with averages across all sections showing a marked increase reflecting the buoyancy of the breeding sheep market at the moment and the vital cog of the industry which is the Bluefaced Leicester.

In the crossing section it was a new name at the top of the scoreboard, with Messrs Reed, West Biggins enjoying a successful day out with a tall, showy lamb by the Highberries H2, himself a son of the noted Highberries Highlander. The flock are riding high on the back of a successful show of mule gimmers this back end, with 25 of their top 30 lambs by this Highberries sire, which saw their top 100 gimmer lambs average a massive £183 and their full run of nearly 700 level at just shy of £121. This topper is out of a Carry House ewe they bought privately by the Carry House Jackpot and was bought in a three way split by top mulesters Martin Archer, Carry House, Andy Hunter, Steel and Ridleys, Allenshields, who shelled out the sale topping £12,000 to get the use of this impressive lamb. His full embryo brother also sold well, selling for £4500 to Martin Allan, Greenhow and Geoffrey Porter, Riddings. Not a bad day out for the West Biggins flock on only their 3rd showing at this sale.

Trailing in the wake of the West Biggins trailblazer were a couple of lambs fetching £6000. The first of these was from the Marriforh flock, who carried on their good form from Hawes, with another son off the Greenriggs, which has proved a very shrewd investment. This one was out of a homebred ewe by the £12,000 Smearsett which Paul thinks a lot of. He was bought by Dereck Hall, Firth, who was part of the team which tried to the land the £30,000 lamb at Hawes and wasn’t going to lose out a second time!

The second at £6000 came in immediately before the West Biggins flock and helped set the pace. This cocky boy was from the Agars Hill flock of JM Lee, who have enjoyed a great run of mules this autumn at the Hexham Tow Low sale and it was this run, along with the tups good looks, which persuaded Harry Gass, Nunscleugh and Messrs Wigham, Hargill part with their cash for this lamb, sired by a Midlock tup, by Highberries K1 and out of Scarrowmanick sired ewe that they bought of Carry House.

Setting the tone for the days successful trading was Ian Craig from the Hanging Wells flock, although very early in his first lamb by the homebred M1 Hanging Wells, which has done in the flock, with 6 in their top 10 they selected, caught the eye and saw a bid of £5000, selling to Brood Ltd, Redditch.

Later in the sale Craig Balmbra brought out a cracking lamb for Benson Wemys of BWF Blues. This super smart lamb was only born in the first week of April, but certainly was full of himself. He is by the £4000 Allanfauld they bought out of Hawes last year and out of a homebred ewe by Hewgill K8, which has proved a good cross with the Allanfauld tup. John MacGregor seemed to agree as he splashed the cash, bringing home some of their own genetics, sharing the £5000 bill with the Campbells from Glenrath and Claylands in a three-way split.

Other prices saw a bid of £4500 for a lamb from the Carry House flock from Martyn Archer. This one was by the G34 Midlock, a son of Mustang and out of a daughter of Highlander, some great crossing lines combining to make a smart tup, selling to the Dalpeddar and Lagganpark flocks.

The top priced shearling in the crossing section went to Messrs James, Todhills, with a big powerful tup by the K1 Penhill that they bought at Hawes for £5200. They had used him as a lamb and he did well, selling for 3500gns to AT Dixon, Hexham and I Potts, Rookhope. 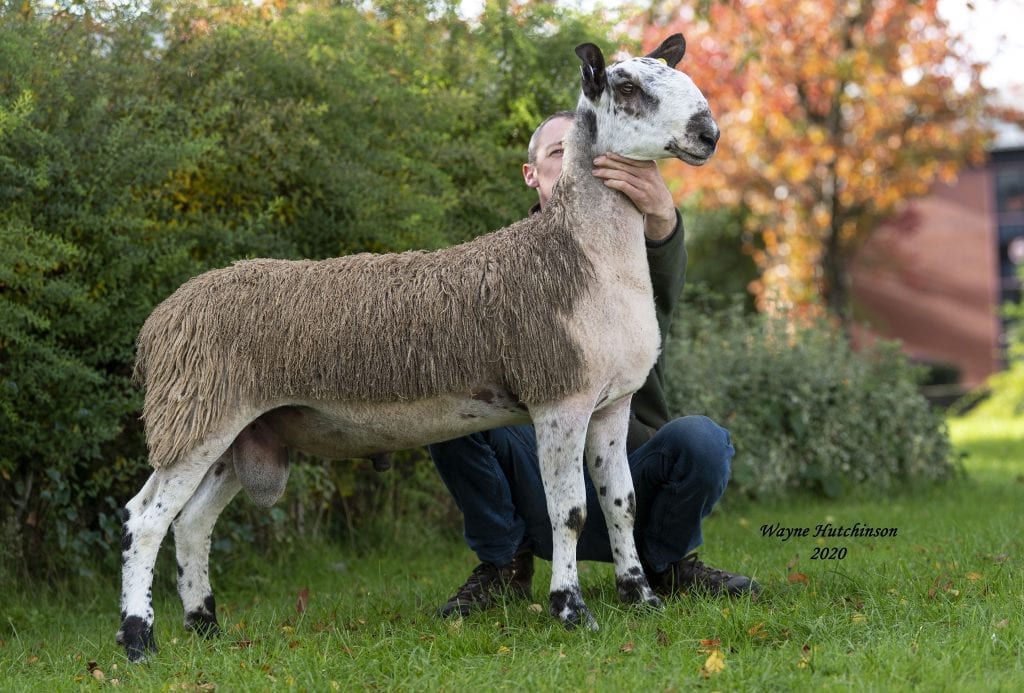 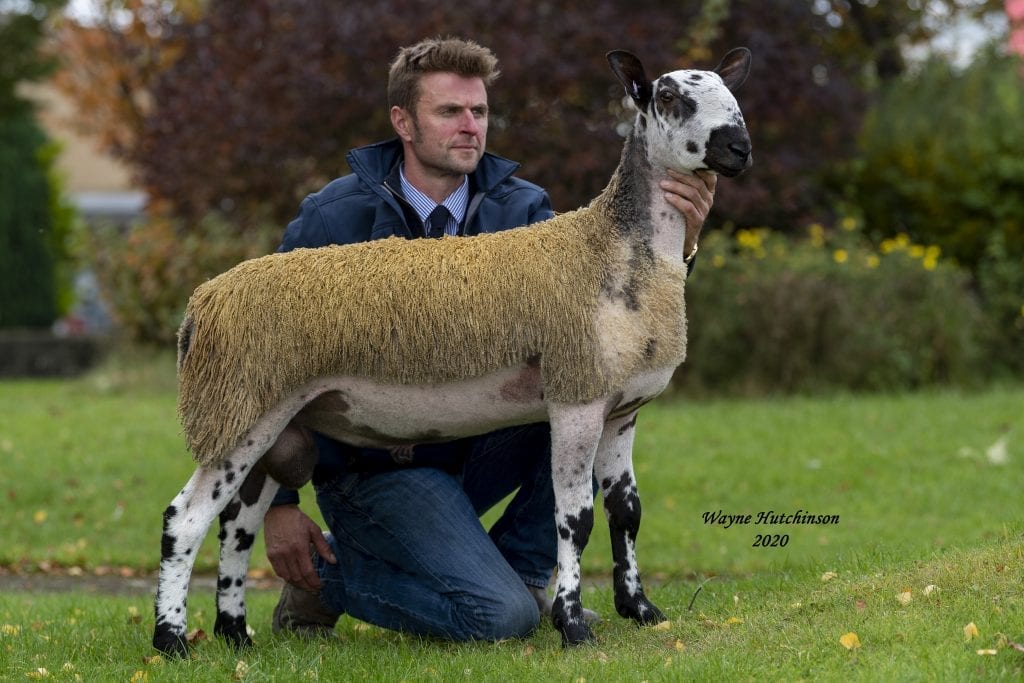 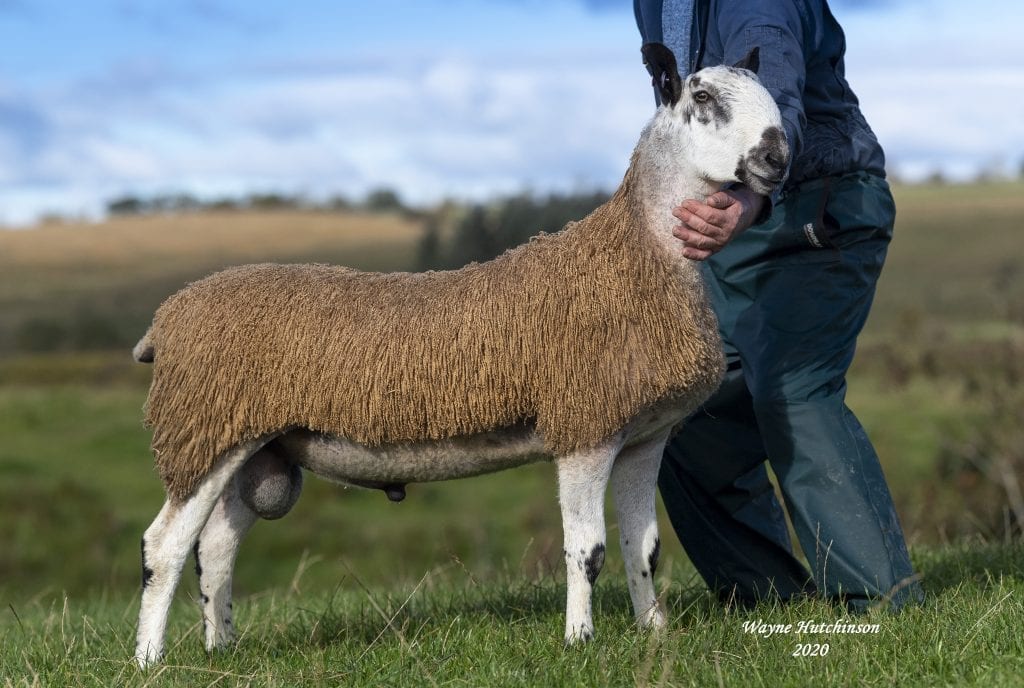 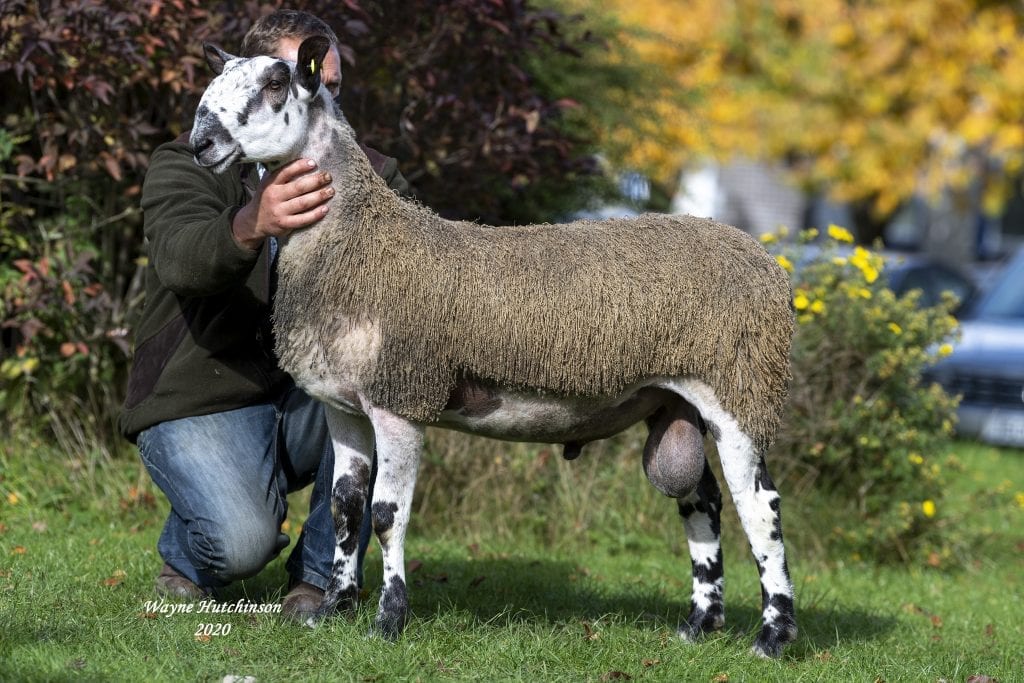 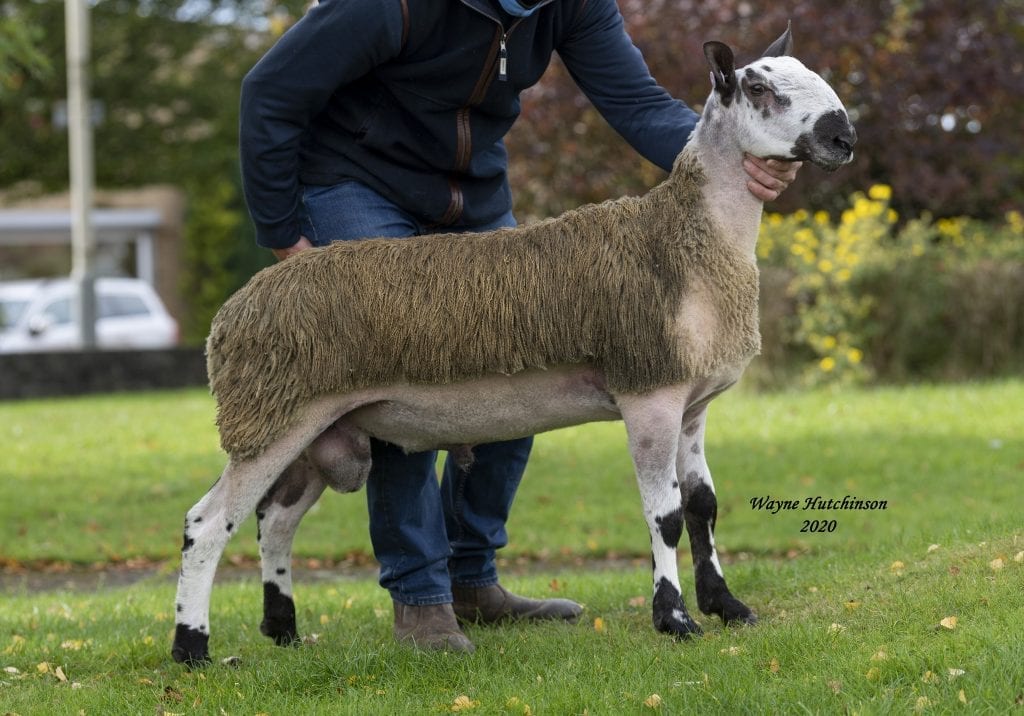 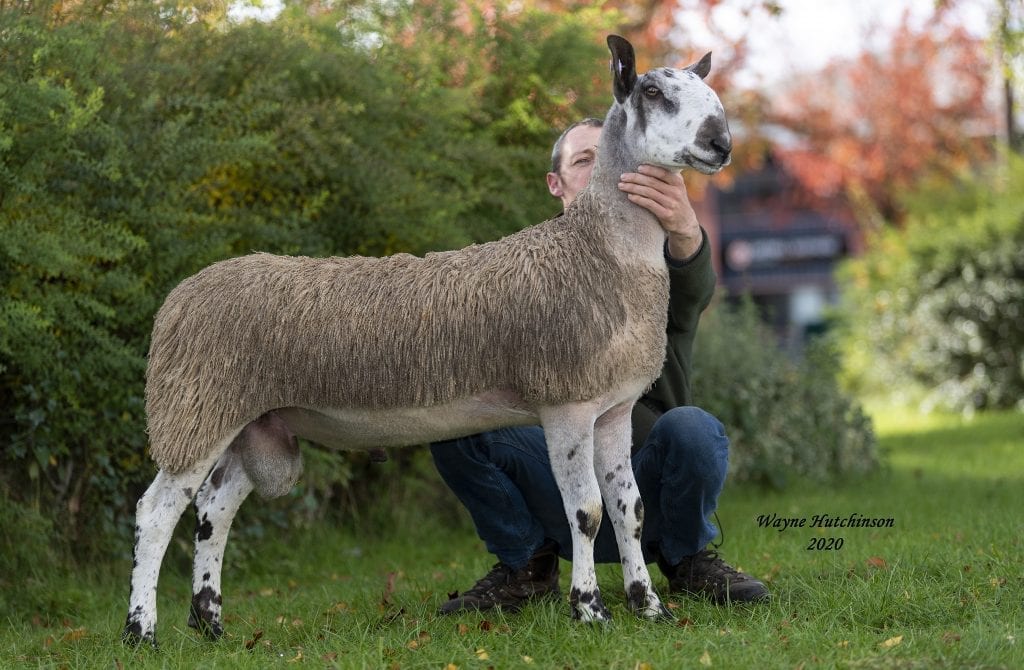 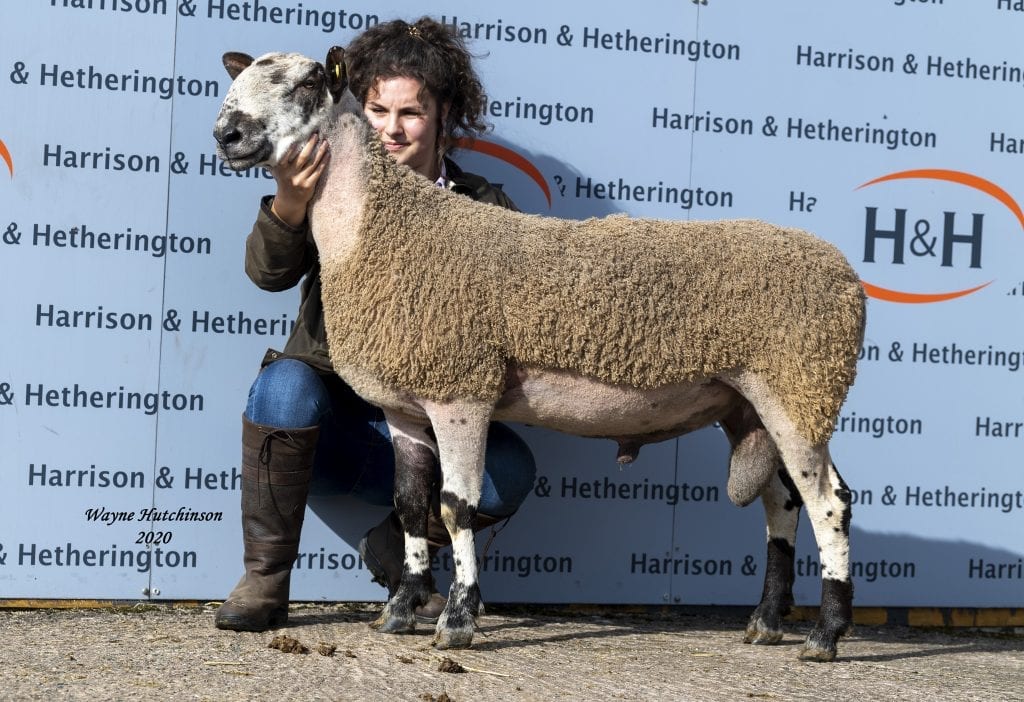