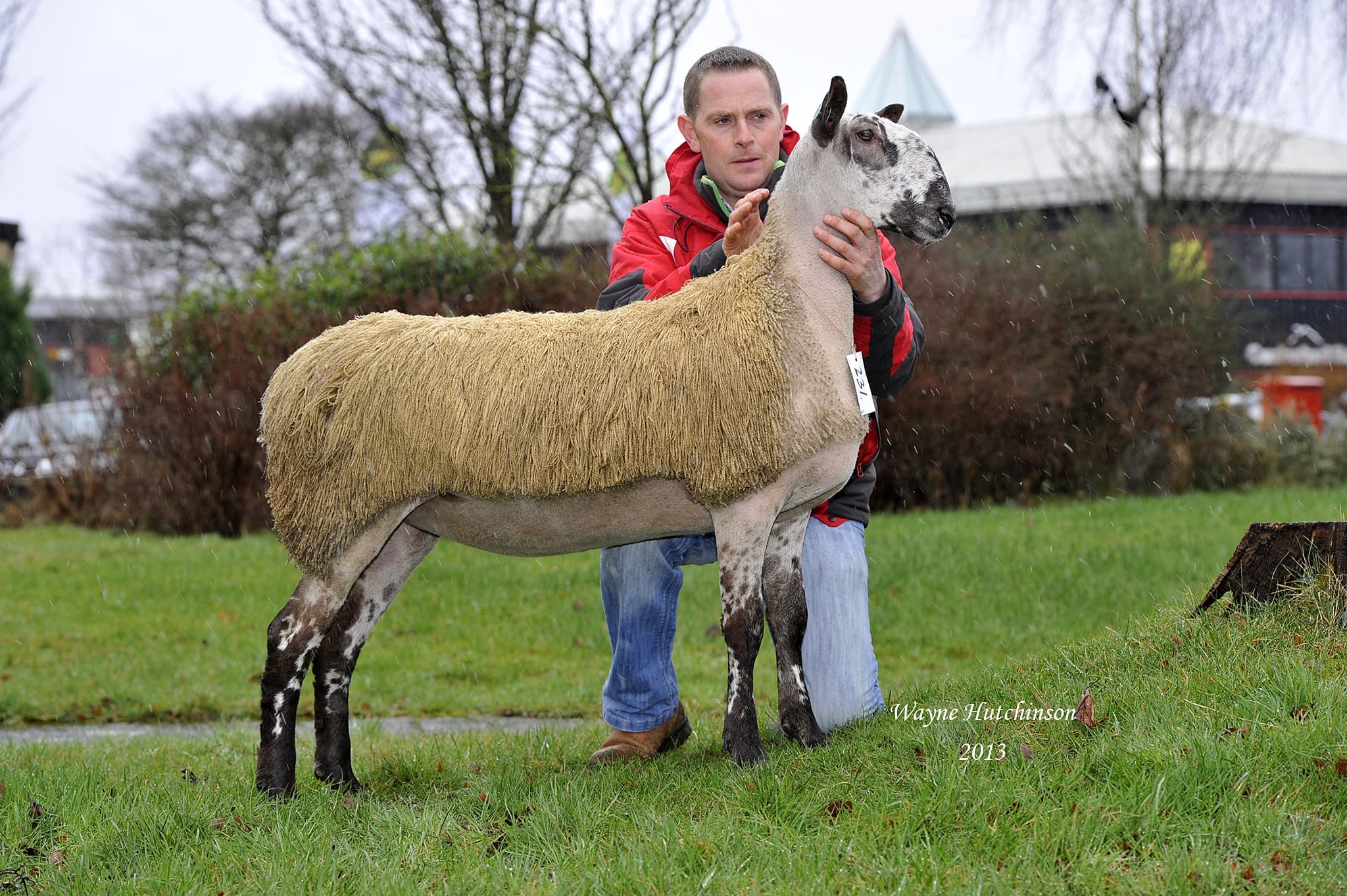 Once again the snow made an impact on proceedings, just like at Hawes on the Saturday, but once again, such was the pull of the sale, that there was a healthy crowd of buyers and onlookers braving the wintery conditions, setting a steady trade throughout. The demand for the crossing type of sheep seems as strong as ever, and this was reflected in the prices, with the bloodlines from the top flocks being keenly sought after.

Topping the day’s trade was Robin Booth from the Smearsett flock, who followed on from a strong trade at Hawes. Their sale topper stood first in the ewe class in the pre sale show, and attracted a great deal of interest. She is full of great bloodlines, sired by the £11,500 Hundith and out of a ewe by the old Star Green which has done so well in the flock. Her full sister took the championship at this sale in 2010, and another sister took the female champion at the Hawes sale in October 2011. She is carrying triplets to D15 Smearsett, and after some strong bidding it was knocked down to Crow Hall Farms, Hexham for 4800 gns. The Smearsett flock also had a good trade with a couple of gimmer lambs too, the first by the B15 Smearsett selling for 3000 gns and the other, by B13 Smearsett reached 2800 gns, both selling to Alan Barnes, Cowden.

Making the long trip from Builth Wells proved fruitful for Michael James. He missed Hawes, where he had sheep entered, because of the snow, and having dug his way out managed to take the championship ticket with a lovely gimmer lamb. A very modern, stylish gimmer, with a great skin, it took the eye of the judge, Geoffrey Gass as well as many other interested parties. It was the first prize gimmer lamb at last year’s Royal Welsh Show, and by the D7 Old Hemley. Such are the bloodlines running through this line, Michael has kept and used three tups out of the hoggs grandmother. The Duhonw flock was the last entry into the ring, and kept the interest high. She was sold to M Thornborrow, Happrew for 3600 gns. Michael and Ella sold another gimmer hogg, an April born triplet, for 2700 gns to B Blaney, Northern Ireland.

The Shafthill flock from John & Mandy Smith Jackson have a great reputation for breeding quality stock, and it was no surprise to see the crowds drawing around this pen from the Haltwhistle based flock. The pen topper was a gimmer hogg out of a 13 year old ewe by P3 Hewgill, who has already bred the flock’s two top priced females in 2010, and by C2 Shafthill, a son of the legendry Z4 Hundith. Alan Lodge from Settle was the man splashing the cash for this, paying 3200 gns for her.

Kirkby Redgate were in amongst the tickets and money again, when they sold a gimmer shearling to Paul Brown, Oak House. It was by B10 Hundith and in lamb with twins to D17 Hewgill, which Richard bought a half share in privately last year. It is from the same family lines as last year’s champion, and sold for 3000 gns. Another from the Kirkby Redgate flock saw a bid of 2500 gns land the days reserve champion, a gimmer hogg, the full sister to last year’s champion. By the A5 Gragareth and out of a ewe by Y25 Hewgill, it sold to J Pirie, Blarnavaid Farm, Stirling.

Other notable prices saw a brace from the annual Midlock consignment hit 2800 gns for Alan Wight. The first of these sold to J Pirie, buying a gimmer by C2 Hewgill carrying lambs to the B4 Tanhouse. The next, a daughter of W25 Midlock Controversy, also in lamb to the B4 Tanhouse, was sold to M Taylor, Dent. In all the Midlock flock averaged £1188.41 for 22 sheep. Hewgill also had a decent trade, topping at 2600 gns for a gimmer, selling to G Shields, Ravenstonedale and another at 2000 gns selling to Keith Ireland, Stackhow Hall. 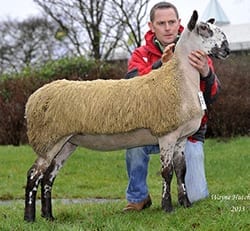 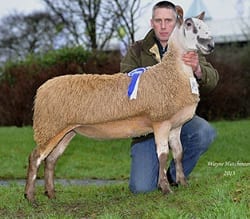 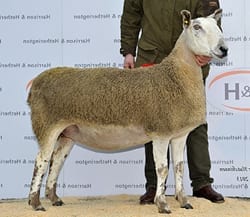 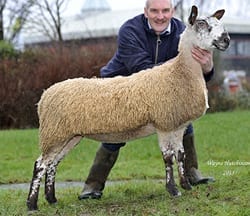 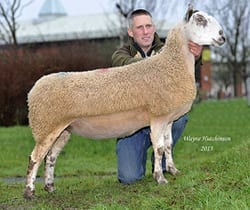 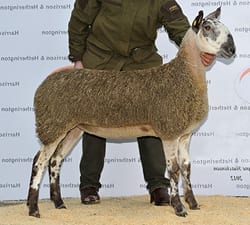 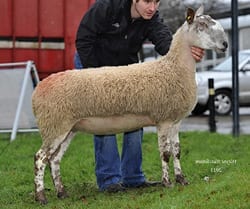 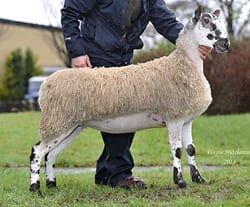