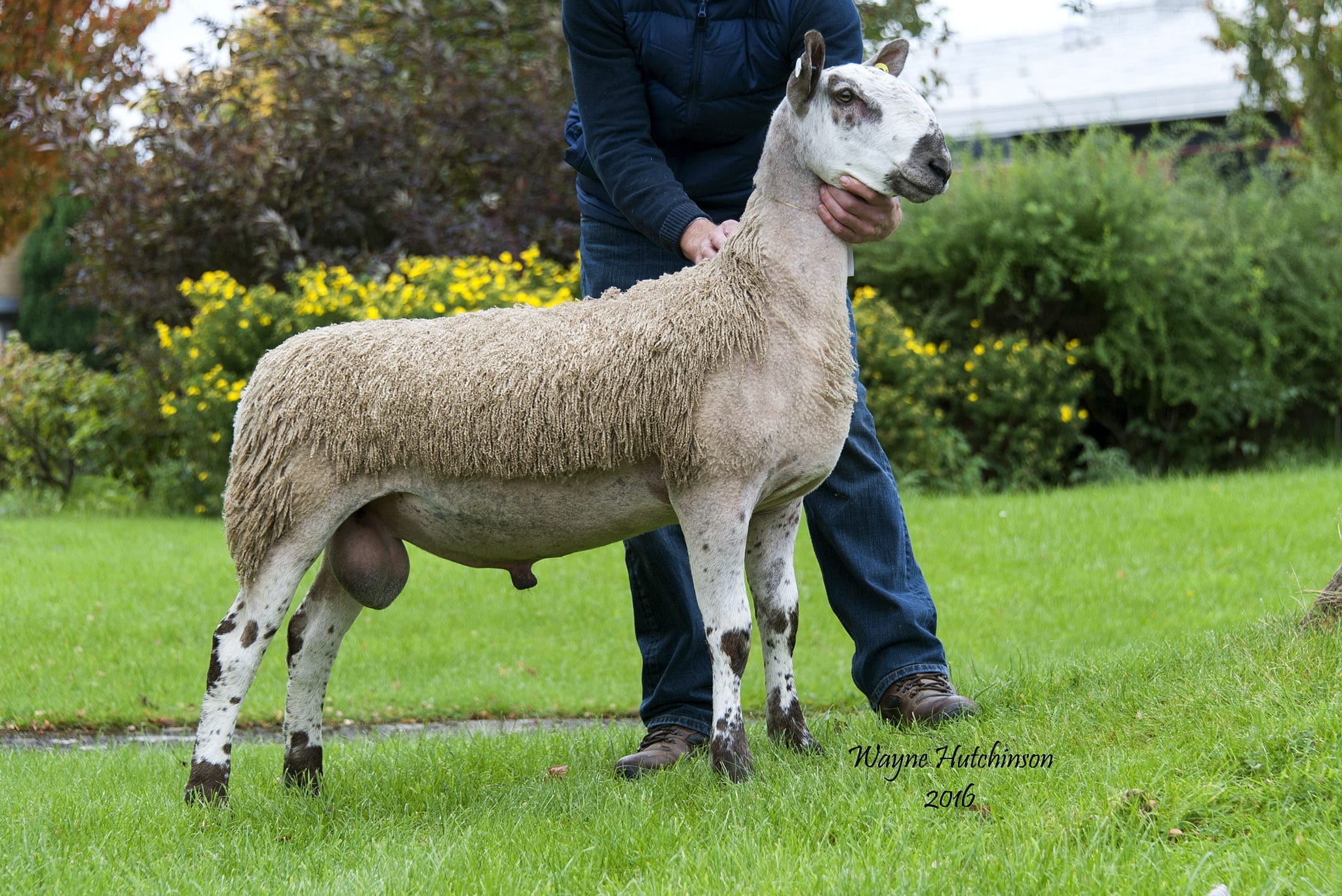 The curtain came down on the Bluefaced Leicester season at Carlisle last week, and what a great season it has been for the breed. With more sheep than ever on offer and averages up at most sales, and several million pounds changing hands in the past few weeks, it is no mistake to say that the breed is right at the heart of the British sheep industry, whichever side of the breed you are at.

With nearly 350 tup lambs on offer, an extra 40 lambs on the year, there was always going to be plenty of selection, and the trade reflected the quality on offer, with the average up around £75 on the year to £921.97. Carlisle is strongly placed as the sale of the season, with tups from all over the UK on sale and buyers a plenty too.

Topping the trade was local breeder, Jack Lawson from the Hundith flock with a smart powerful lamb. Jack announced that it was the one everyone was waiting for, and he was right. Bidding was brisk, and soon rushed up to £9,000 where the hammer fell. J24 Hundith certainly isn’t the most extreme coloured sheep, but is certainly full of great bloodlines. Sired by F3 Scarrowmanwick which has done so well for Jack lately, and out of the full sister to one being used at Carry House by the legendry Y1 Midlock, which has had such an influence on the modern direction of the breed. He sold in a four way split to the Duhonw, Mereoak, Langstroth and Silloans flocks. Jack also sold a lamb, J7 Hundith for £3,800 to noted breeder Gordon Rawsthorne from the Lunesdale flock. This one was by the D17 Smearsett, and out of a ewe by the homebred E6 Hundith.

Midlock are never far from the headlines when it comes to the sales, and today was no different, with his last lamb into the ring catching the imagination. J7 Midlock was the full brother to the £11,000 lamb sold at this year’s Hawes sale to the Smearsett flock, by Mustang and out of a ewe by D2 Harland, and it was again sold to noted North of England Mule breeders, Kevin Wilson, Hewness and R A Busby, Harland for £8,000. Midlock’s first lamb, J27 Midlock, was by the record breaking Redgate lamb and sold for £3,500 to Ian Cousin, Gillcumber and M Watson, Hinedon. On the credit side Midlock took home the highest priced shearling, lashing out £4,500 for a powerful tup off Hargill House. H1 Hargill House was full of promising bloodlines, sired by C24 Hewgill, sire of Highberries Highlander, and out of a ewe by Z4 Hundith. It had taken third place in the show and had got on well for the flock as a lamb.

Another Scottish flock gaining a reputation over the last few years is the Dawyck flock of M/s Thornborrow, and it was an April born lamb by the £23,000 H1 Carry House which was the pick of their pen. It was out of a ewe they bought privately from Paul Brown, Oak House by the D17 Hewgill, going back to the champion Redgate gimmer they bought for £8000 a number of years back. They netted the flock’s top price from their 30 head strong flock, with the hammer hitting the rostrum at £7,000, selling to Harry Gass, Nunscleugh.

Another lamb hitting the same high notes and a personal best to date was J15 Hanging Wells from Ian Craig up in sunny Weardale. Their run of Mule gimmers has been well noted over the last few years, and the bloodlines are well sought after. He is by F5 Penhill which they bought with Mr Collingwood for £3400 at Hawes, and has done exceptionally well for them, breeding many show lambs. Its mother is an eight shear ewe by Z4 Shafthill, and its grandmother is still going strong as a 12 shear! James Herdman, Edlingham and Obie Sharp, Newbigging Walls were the buyers of this stylish lamb.

The BWF Blues from Benson Wemyss set a great benchmark on their debut at an Association sale, when their third lamb into the ring, J3 BWF Blues, sold for £6,500. Managed by Craig Balmbra in Peebles, they brought out a cracking lamb with power and great conformation, mixed with some good bloodlines. He is by G1 Marriforth, bought off Jimmy Bell as an aged ram at Kelso for £2100, which went back to the £14,000 Cottage tup used by the Fairburns, and out of a ewe by the £3,800 F15 Dawyck bought at Hawes. He sold into Northern Ireland to Timothy Wray of the Knockstaken flock.

Not far behind at £6,000 were the Lords of Hewgill, with J22 Hewgill a smart son off the £8000 G23 Marriforth, and out of a ewe by B41 Hewgill which has been behind a lot of the best sheep to come out of the Hewgill flock for the past five or six years. It sold in a two way split to the Dawyck and the Shitlington flocks.

The Champion of the day came from the noted Riddings flock, based down Swaledale in the Yorkshire Dales, heartland of the North of England Mule, and stalwart breeder James Porter and son Geoffrey. This long, classy sheep was by the H1 Marriforth, a £7000 purchase at last year’s Hawes sale, and out of a ewe by C3 Midlock which was sold as an old tup at Hawes this year for £4000. Its mother was part of the winning progeny group at Penrith this year. It’s the first time the Riddings flock have taken the championship at Carlisle, having come close a couple of times taking the blue reserve ticket. The lamb was sold for £4,000 to CR Millican from the Hassiewells flock based in Inverurie.

A brace of lambs hit £4,000, the first was J9 Shafthill, a very correct sort of lamb with a lovely clean white, by E28 Midlock, a son of C2 Hewgill, and out of a very exceptional hogg by the homebred C3 Shafthill. It sold to Jack Lawson Hundith. The other at the £4,000 mark was the last lamb sold by Paul Fairburn, J13 Marriforth. He is the full brother to the tup that Hewgill are using, by the £12,000 E1 Smearsett, and out of a ewe by D41 Midlock, with very similar breeding to the sire of the Redgate record priced lamb sold last year. He sold in a two way split over the water into Northern Ireland to Seamus Laverty, Orra View and M/s Blaney, Tievebuaile Farm. 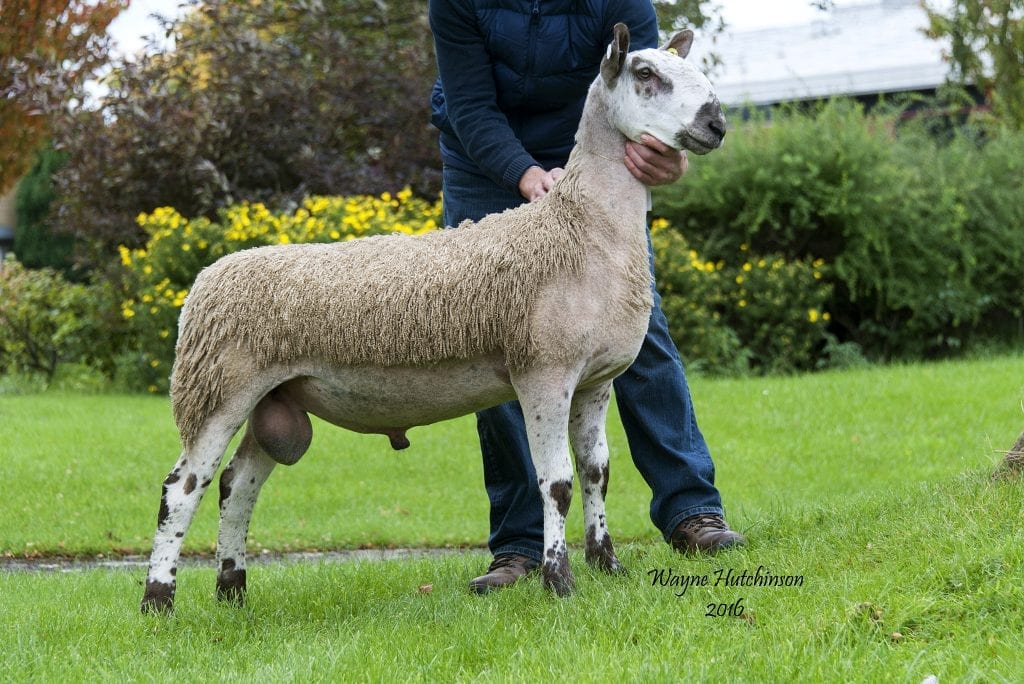 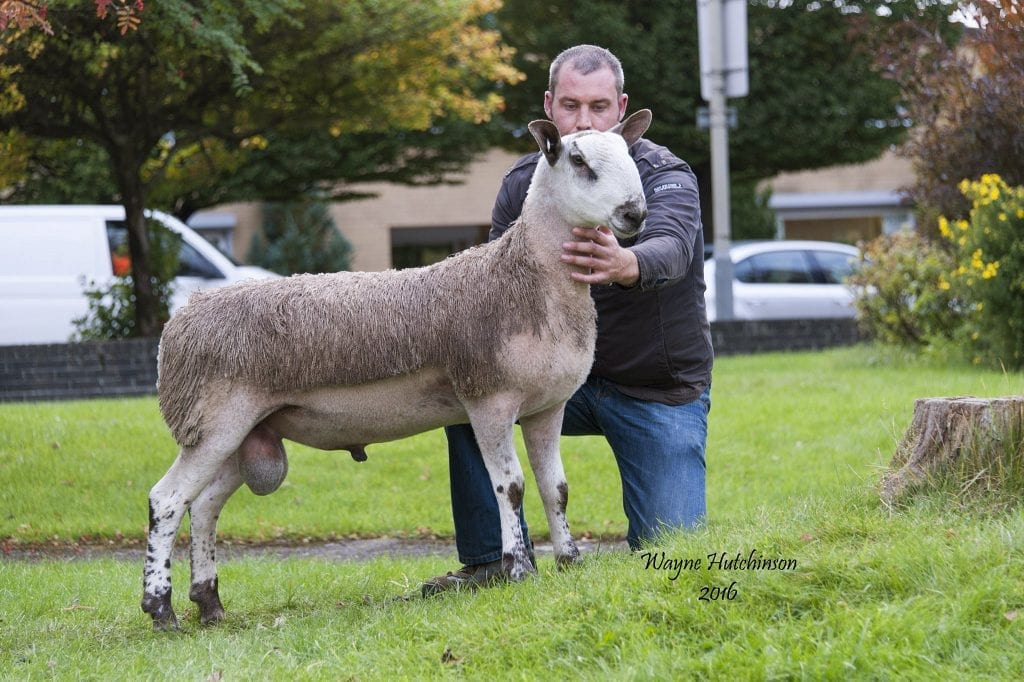 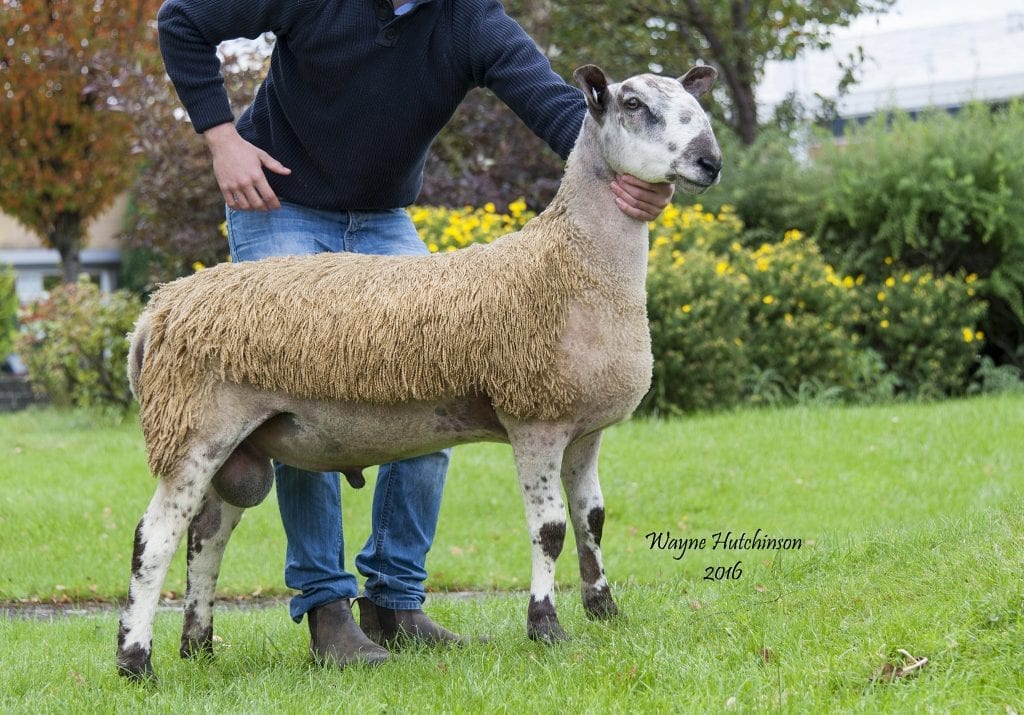 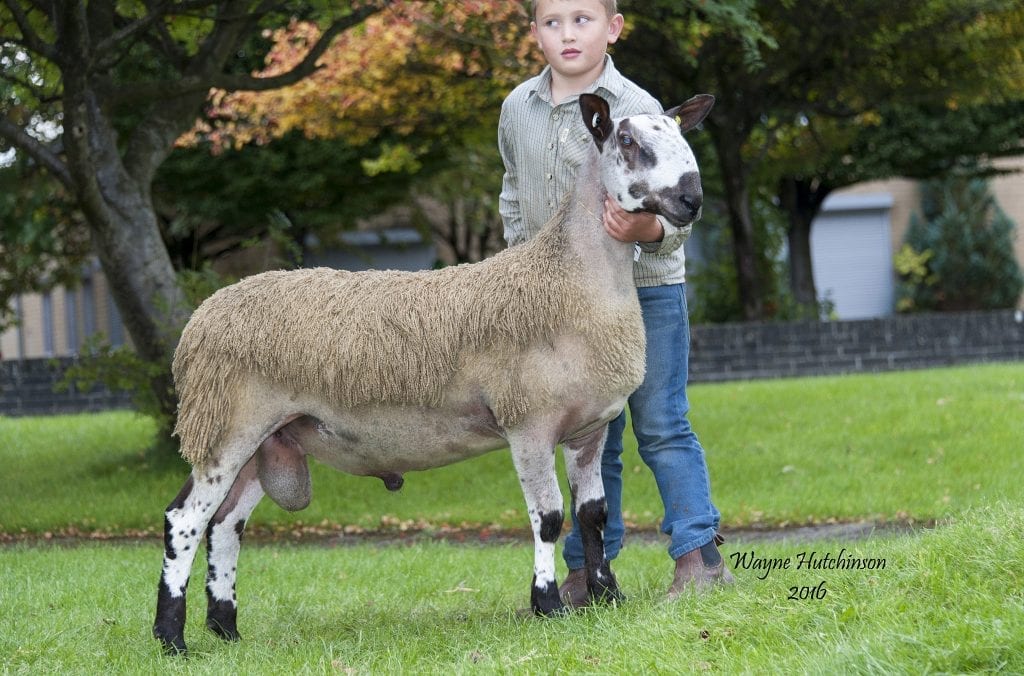 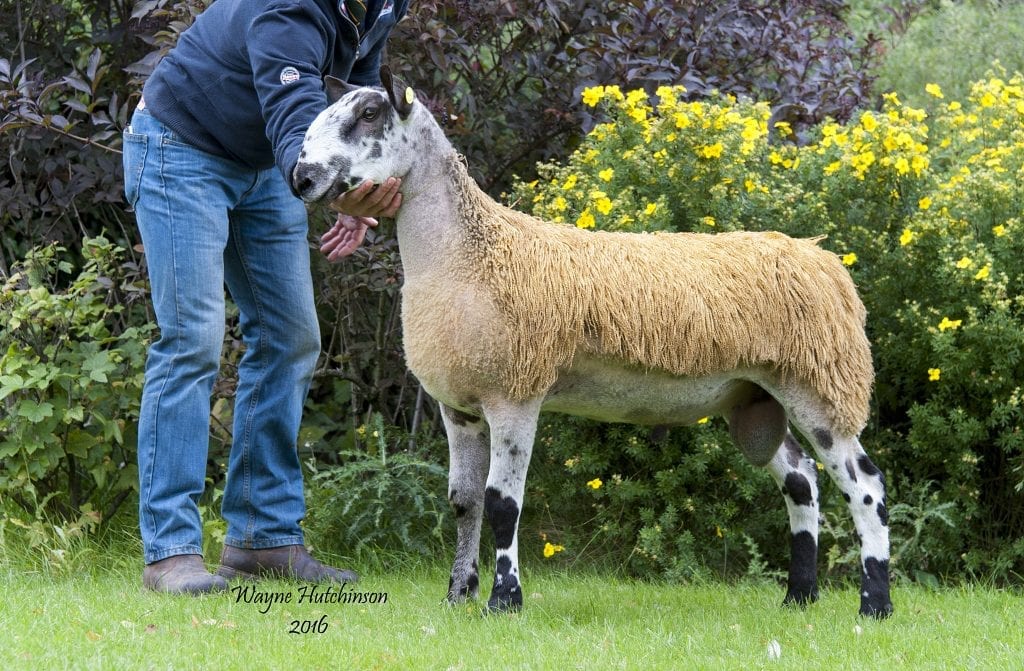 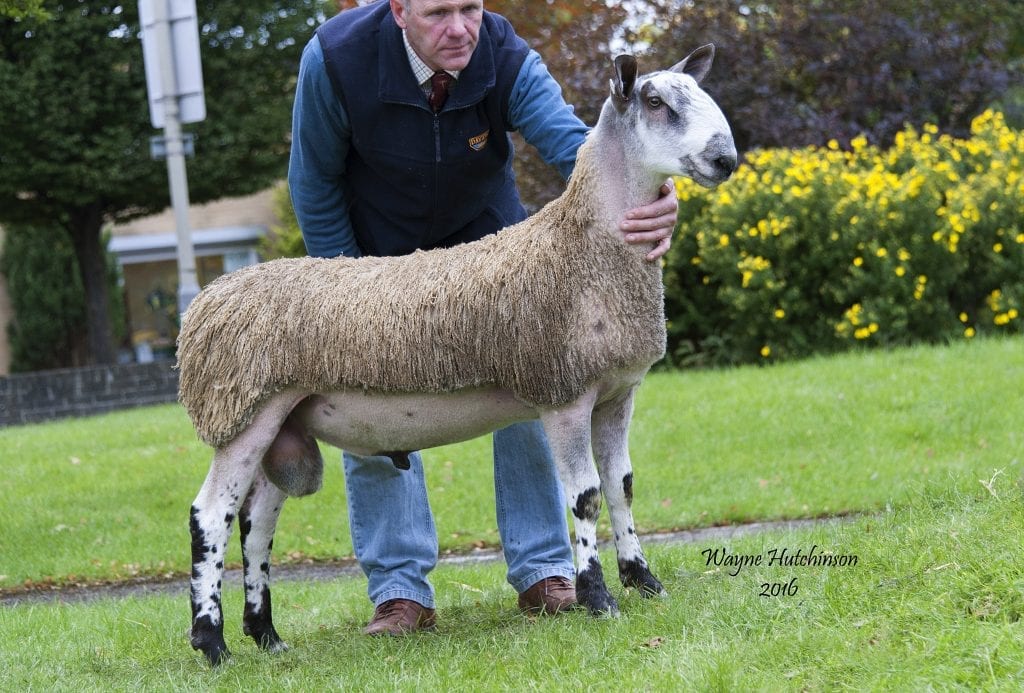 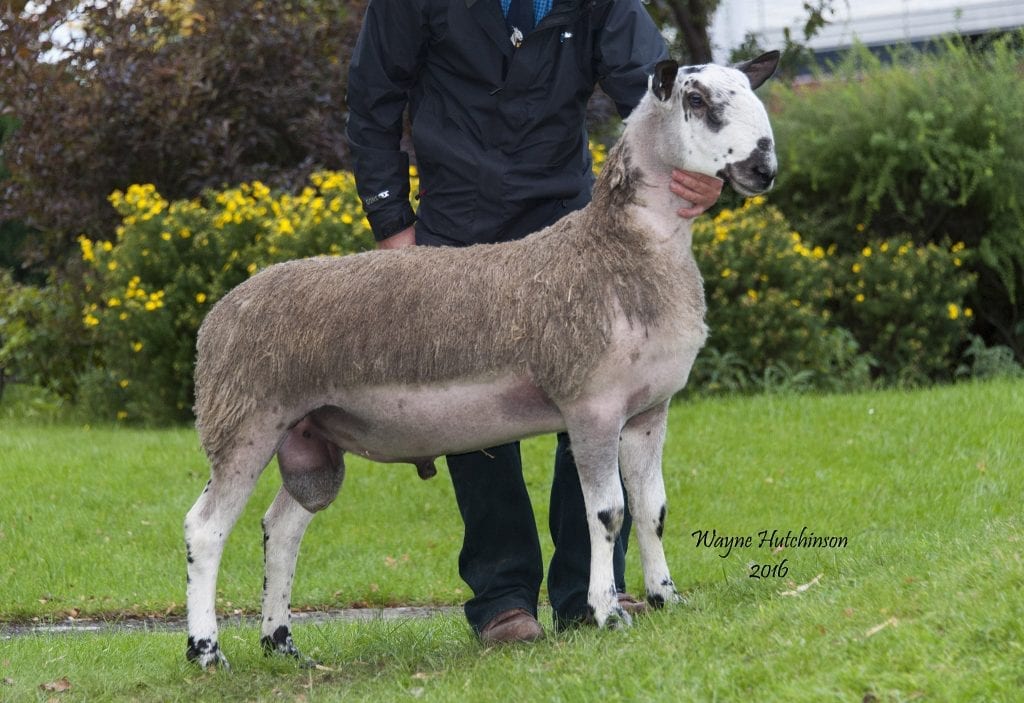 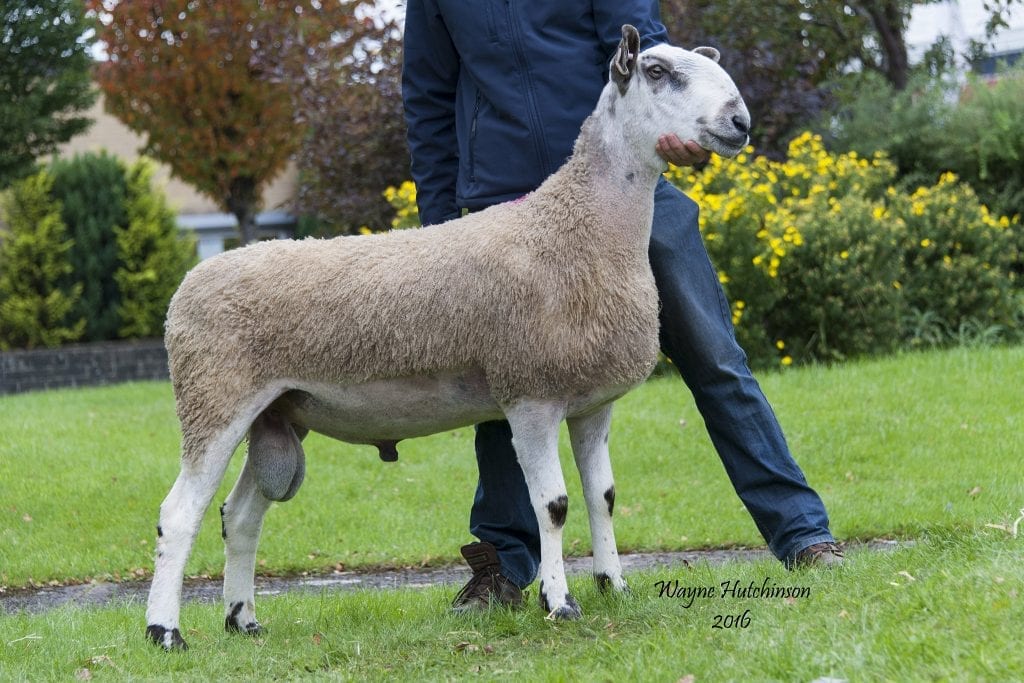 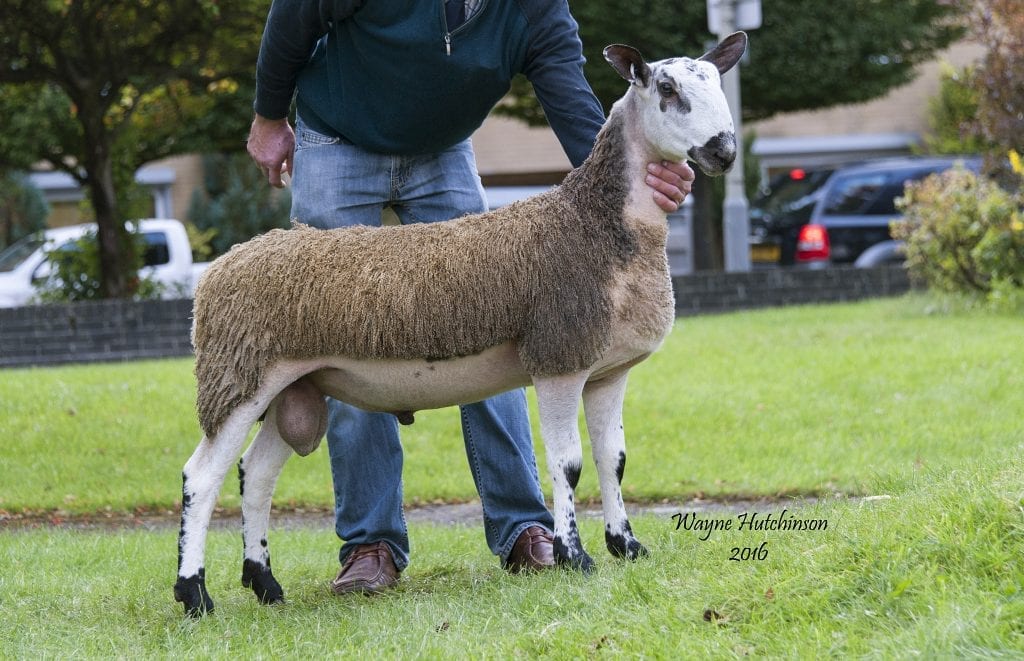 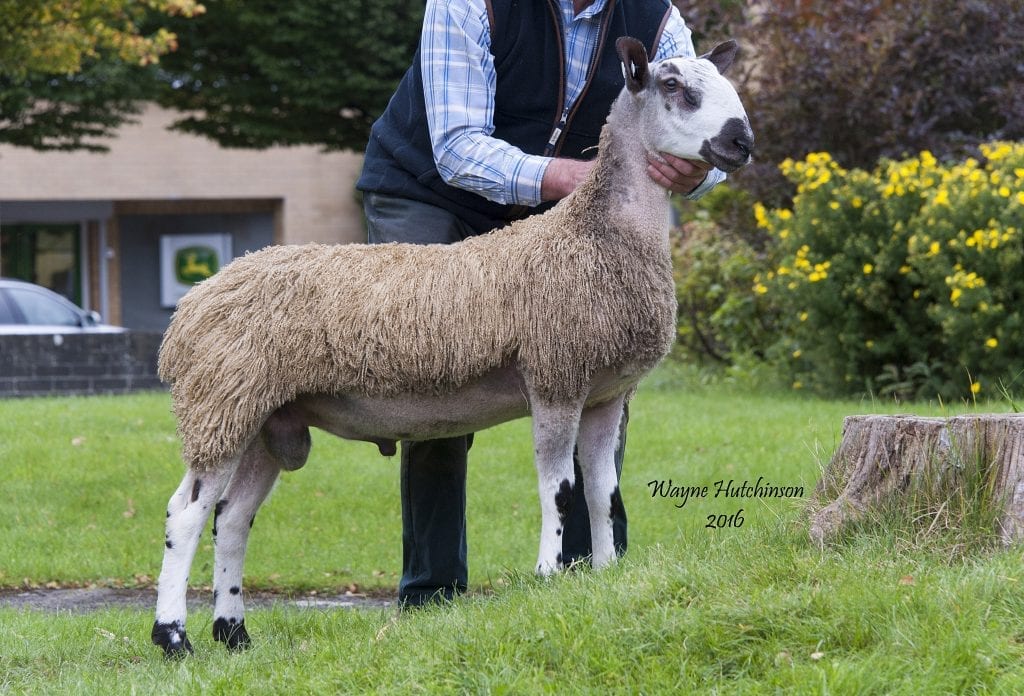 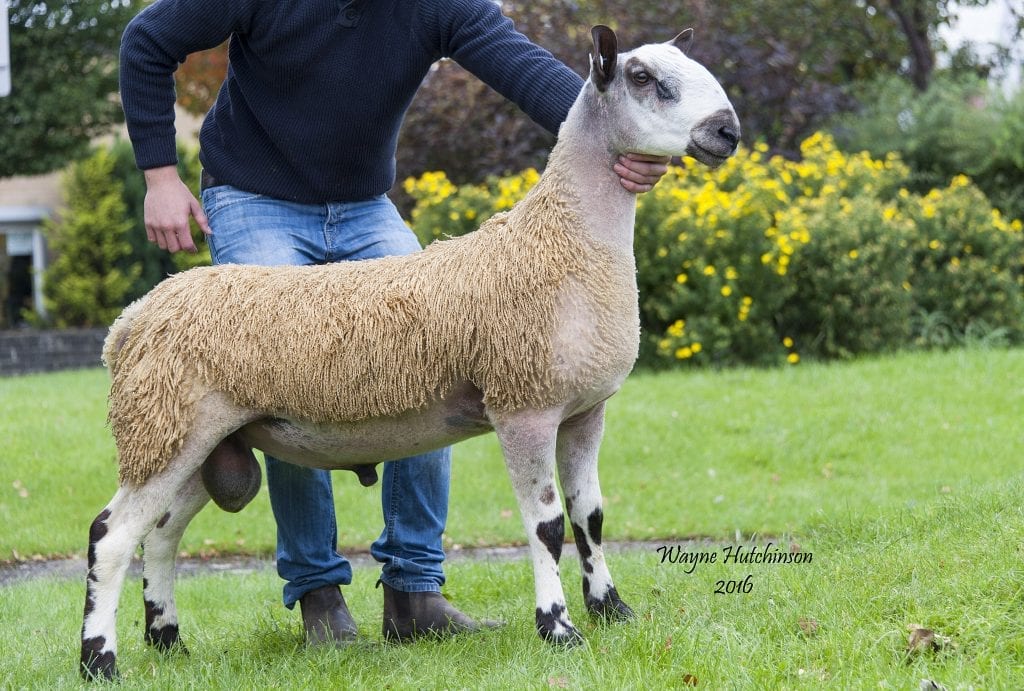 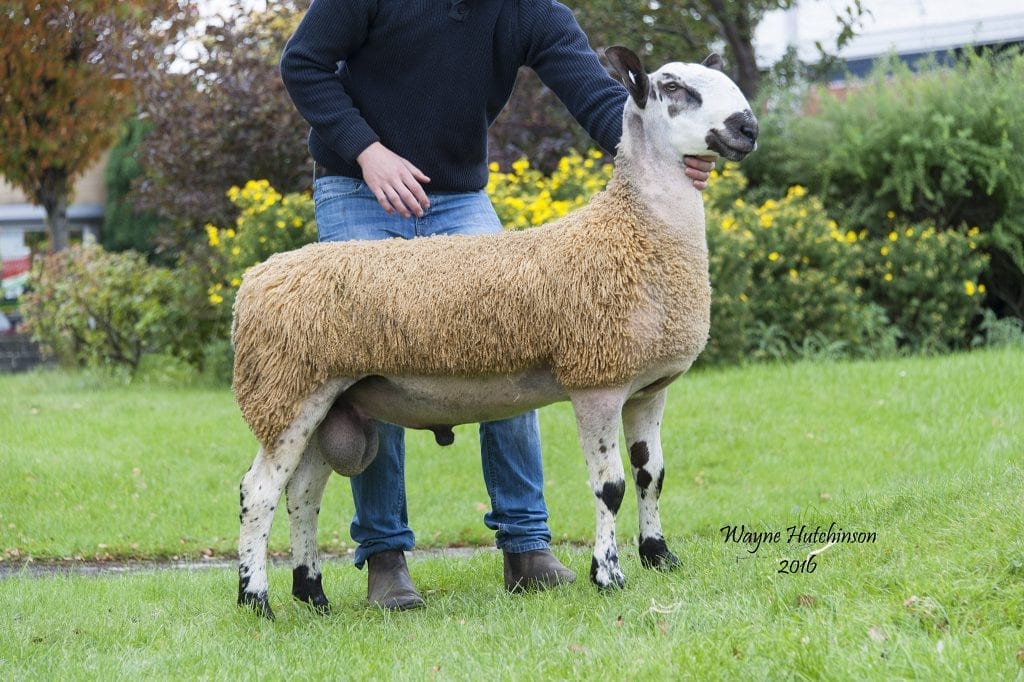