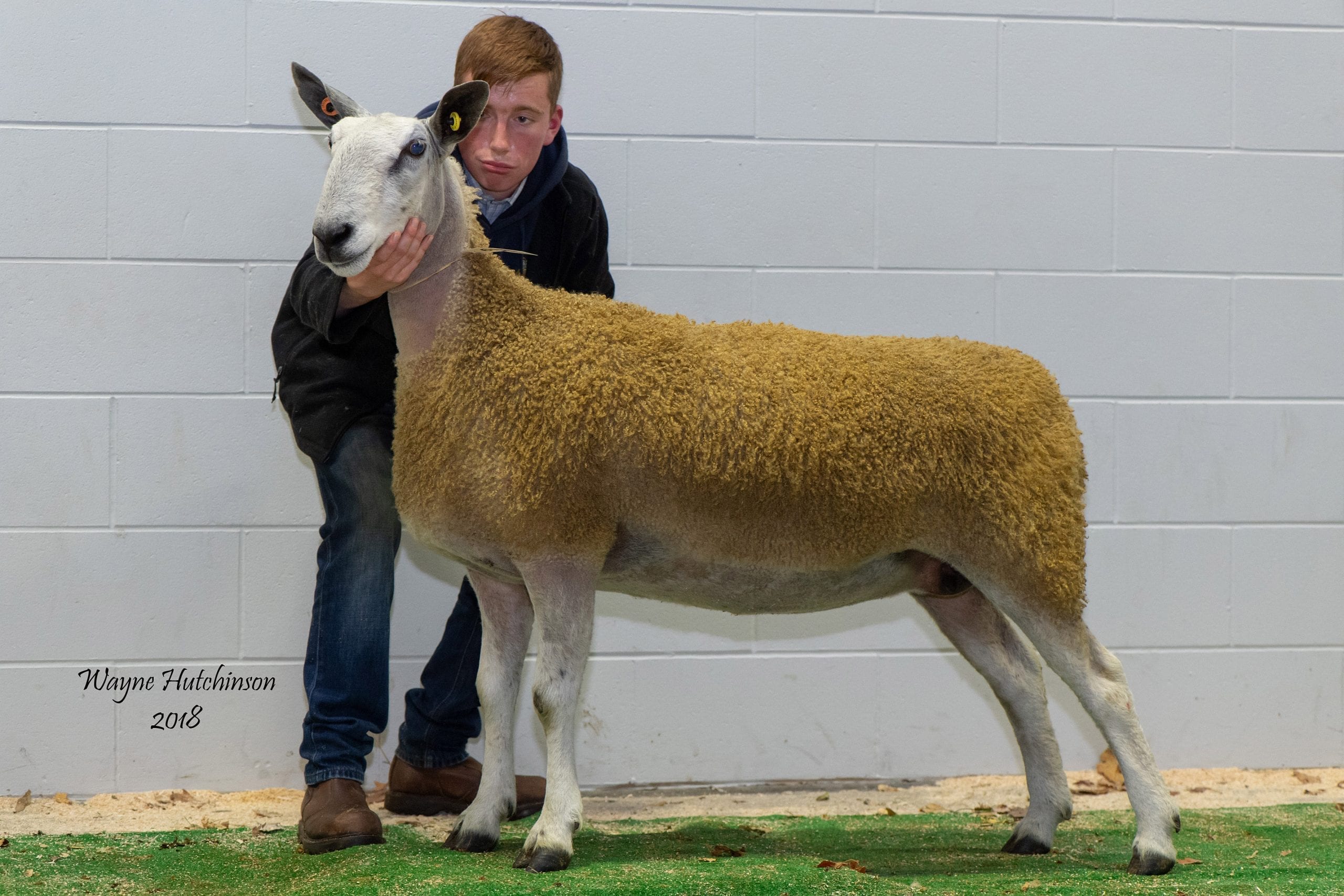 The last major sale of the season clashed with Storm Callum as it thrashed its way across the country. Despite torrential rain and gale force winds on the way to Carlisle, Carlisle itself was relatively unaffected during the sale, which saw a bulging catalogue of 1227 Bluefaced Leicester sheep through three rings over seven and half hours of trading. The auctioneers weren’t messing around – it was Friday! As with most of the sales this season, the trade has been rather subdued with a combination of factors affecting the whole breeding sheep sales. The averages were down as to be expected, but demand was good for the cream of the crop.

Traditional Type
In the traditional rings, roughly the same number of sheep were sold as last year, but the tup lambs took a hard hit on the year, with the average back £155 for two less sold than the previous year. Two hundred lambs found new homes with a pair of twins taking the top two prices coming from the noted Ashes flock of veteran shepherd, Frank Johnson, who has been breeding Leicesters for 72 years. This stunning pair of lambs were out of a gimmer shearling Frank bought at the Shielsknowe dispersal, which was by an Ashes tup and they were by a Burndale tup bought out of Carlisle last year for £1400. The first tup in hit £3000 and was bought in a two-way split by the Espley and Kirkstead flocks who between them have had a good backend and added to the quality in their flock. The next lamb was knocked down at £3900 to Alex and Claire Bisset, Middle Dukesfield flock from Hexham. The ashes pen had a good run of tups and saw them average just shy of £1200.

The Piel View flock from Scott and Claire Thomason have enjoyed a good run this summer collecting a hatful of championships from various shows, including the interbreed title at the hotly contested Penrith Show. It was this champion, J9 Kirkstead, behind the topper from their flock. This powerful, sharp lamb was out of a ewe by F9 Piel View which in its time won plenty around the shows too. This lamb sold for £2400 to M/s Currie, Pinclanty, Ayrshire.

The Belgrave flock had a good trade too with an immense lamb. This long, clean tup was by the E1 Woodcroft, and out of a home bred sheep by C3 Red Cottage and was snapped up for £2200 by R & I Watson, High Brogue, Kirkcudbright.

Fraser Kennedy enjoyed a bitter sweet day, dispersing the adult portion of his Ae Water flock he had been building up over the last 10 years or so, due to work commitments. In the pre-sale show he took female and Overall Champion with his aged ewe, G4 Ae Water which went on to sell for £500 to Mike Anderson, Ballindalloch. This smart ewe was by F1 Lays and out of a homebred ewe by A13 Teviot. Fraser also took the reserve female ticket with a gimmer shearling which had been unbeaten in the show ring all summer. This lovely gimmer is by J3 Mosser Mains “Jack the Lad” and sold for £2200 again to Mike Anderson, keeping the core of the flock together. 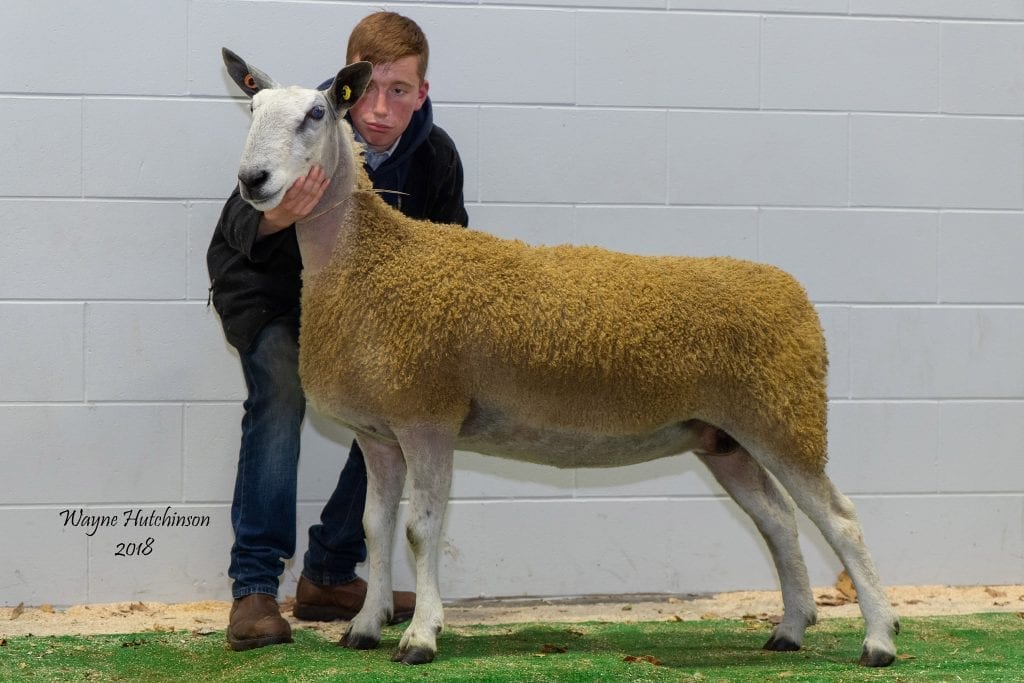 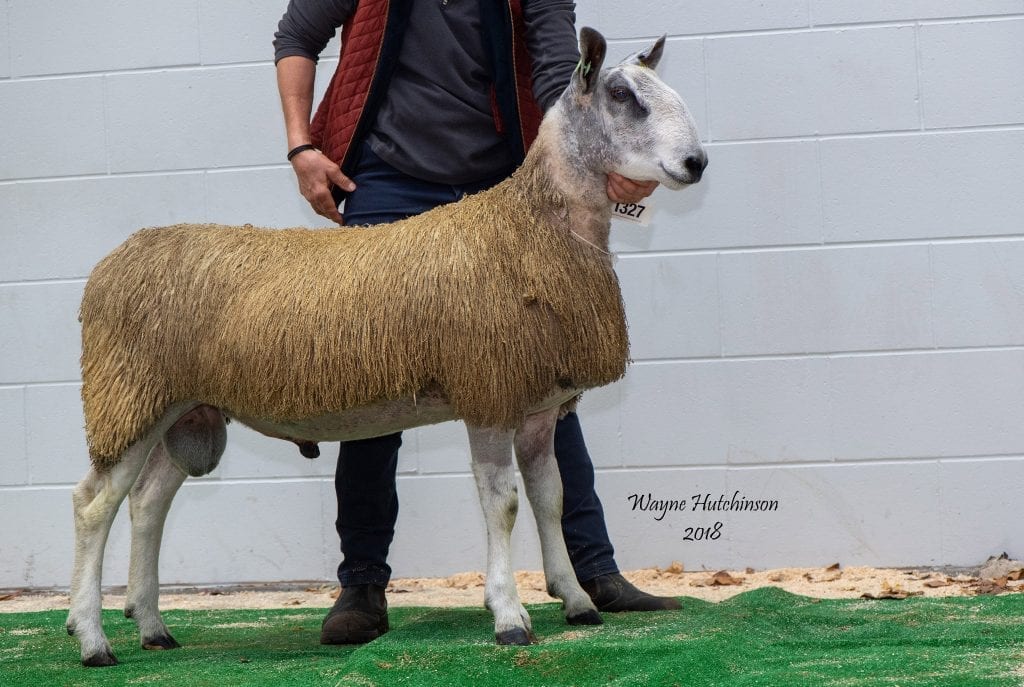 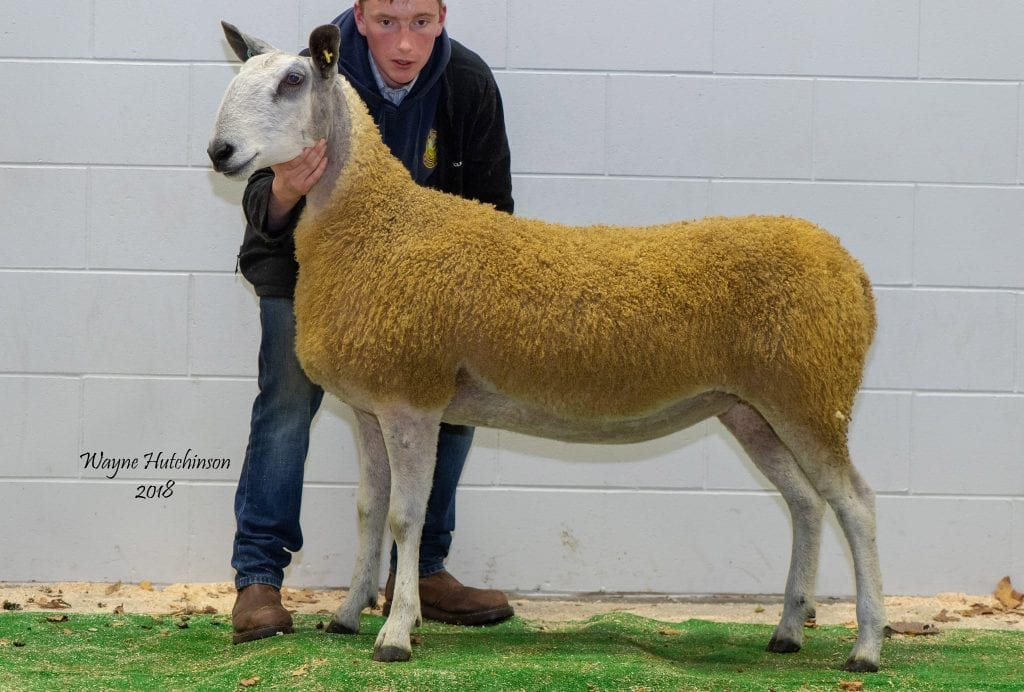 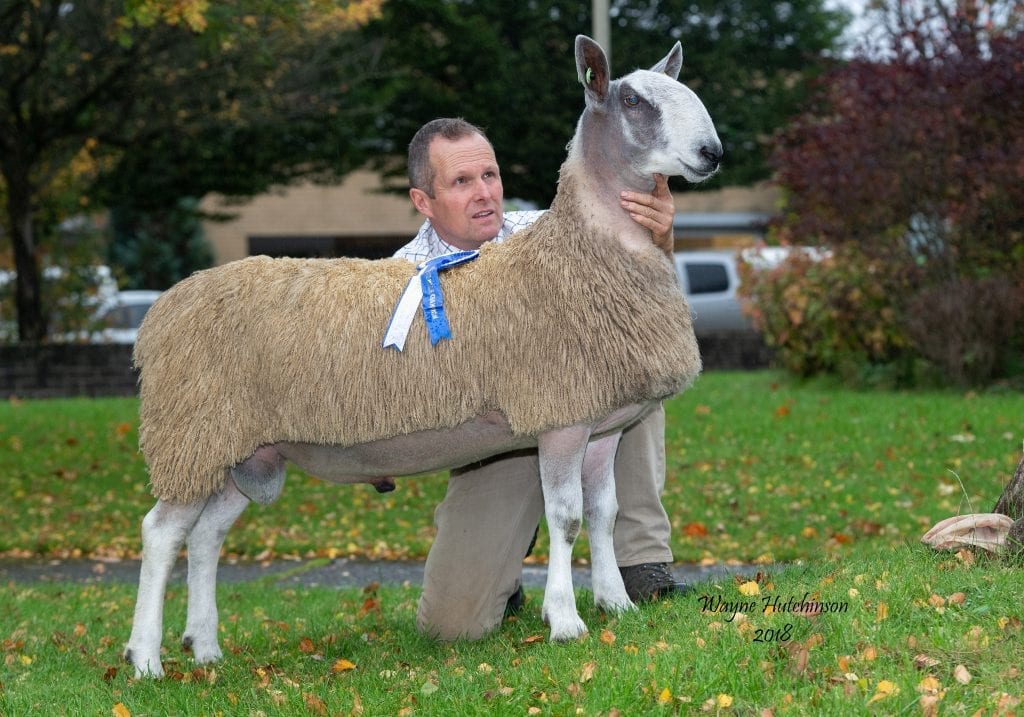 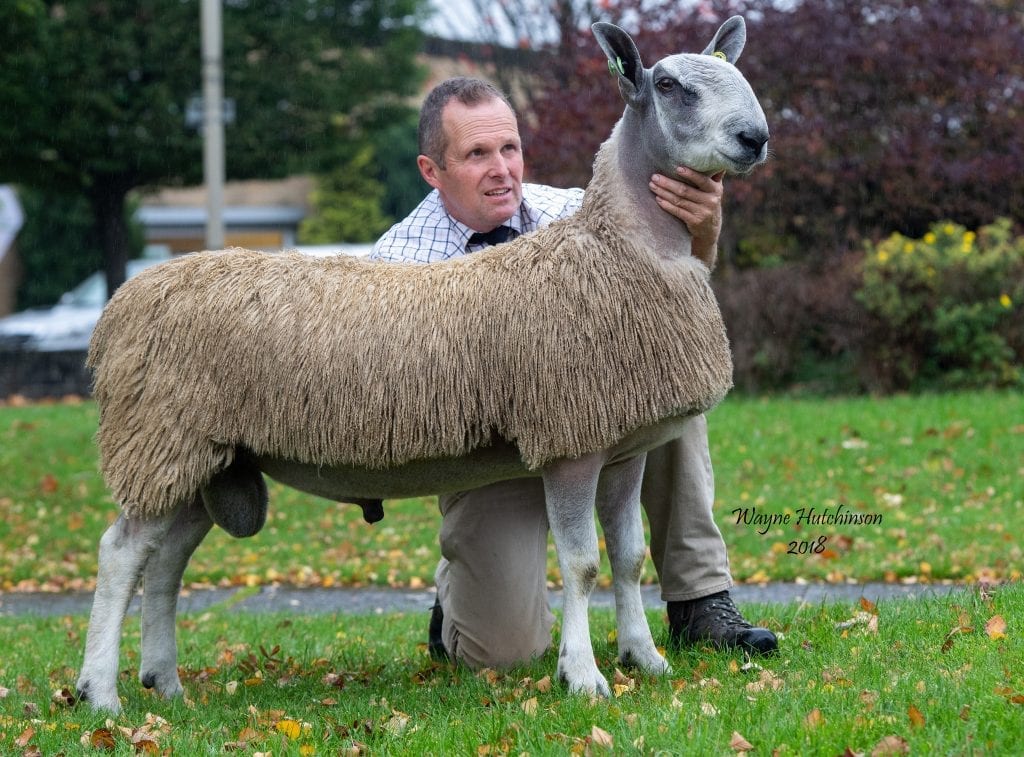 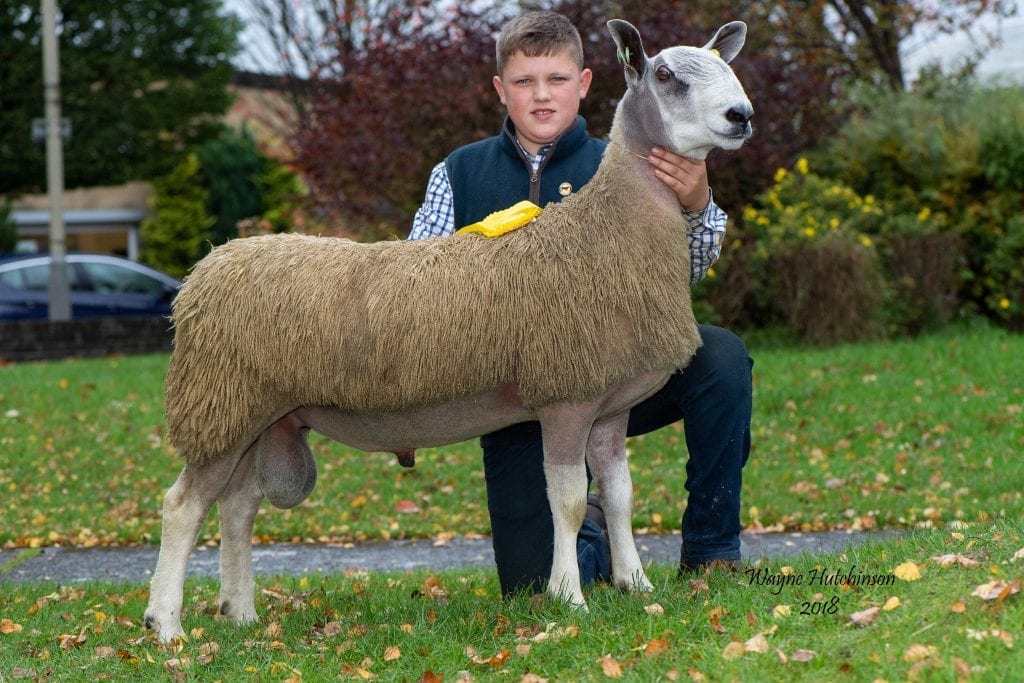 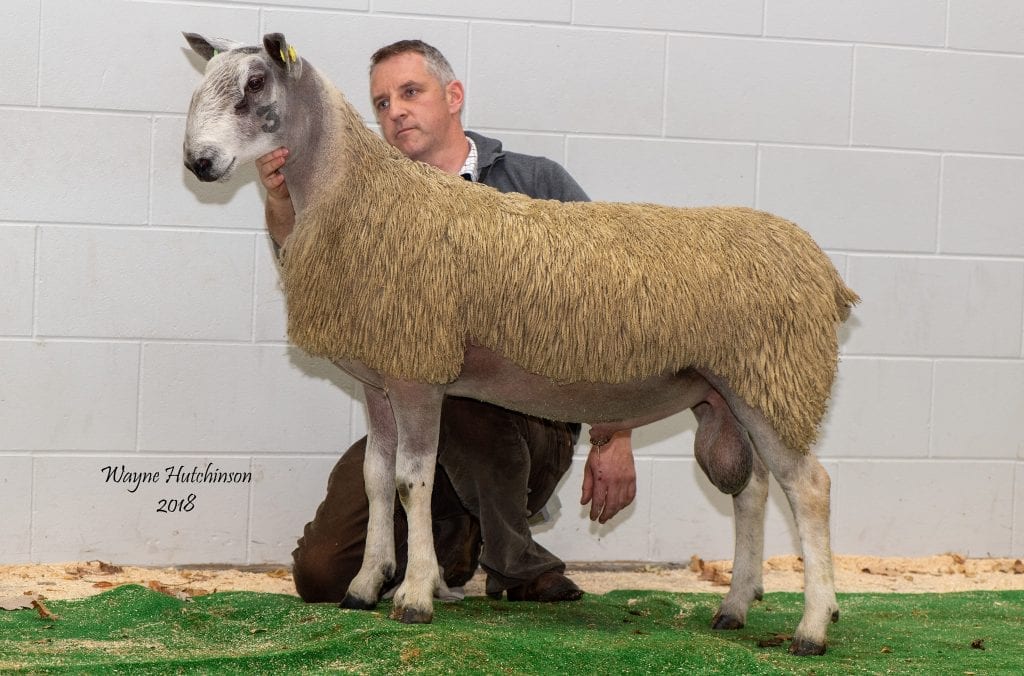 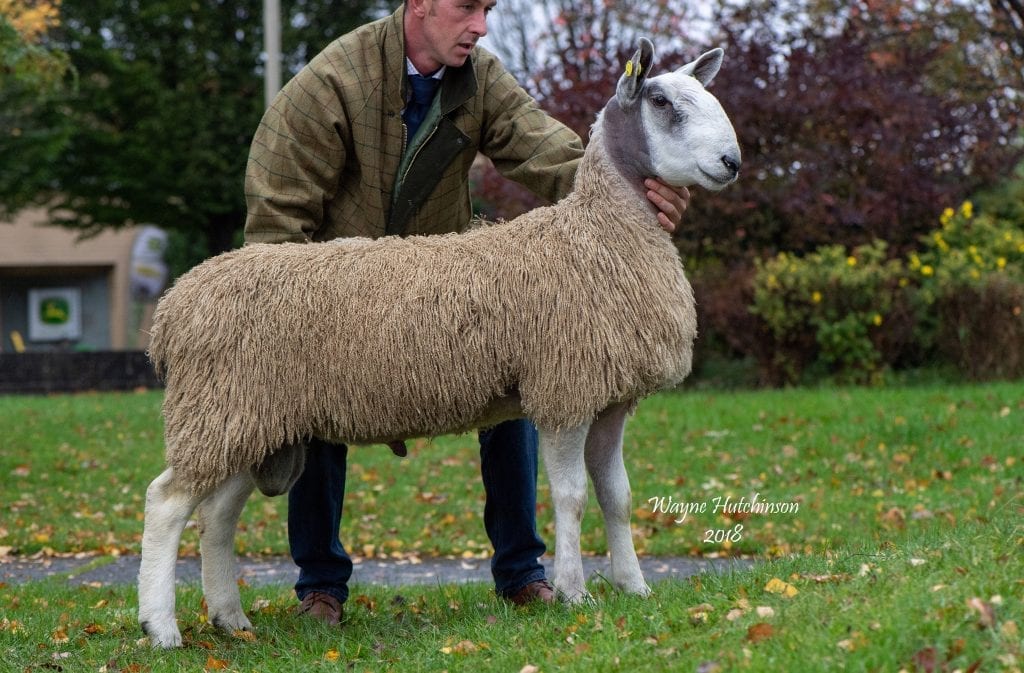 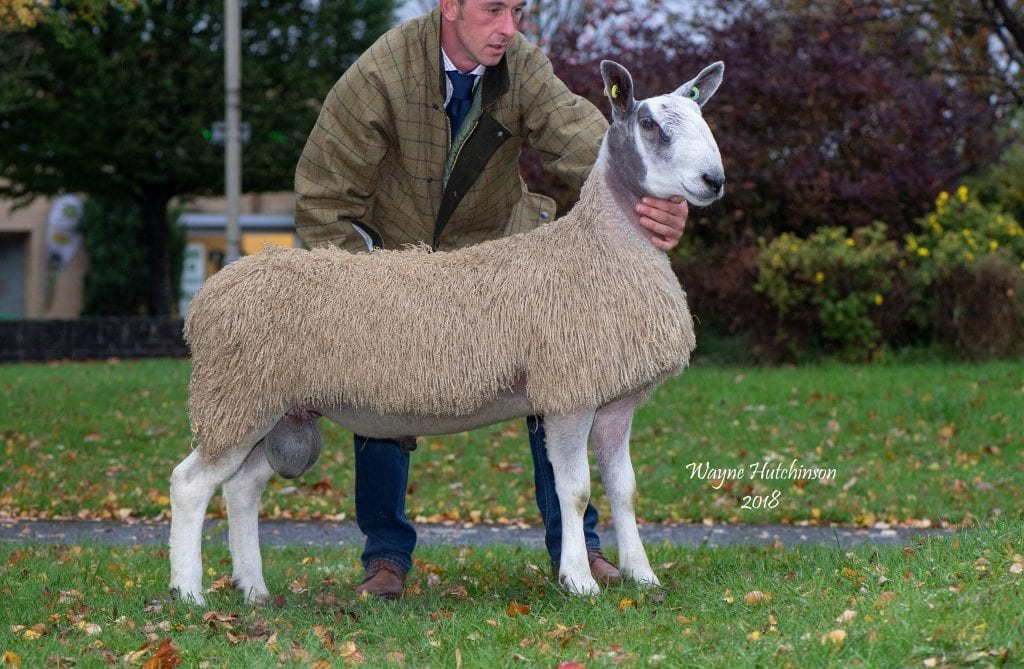