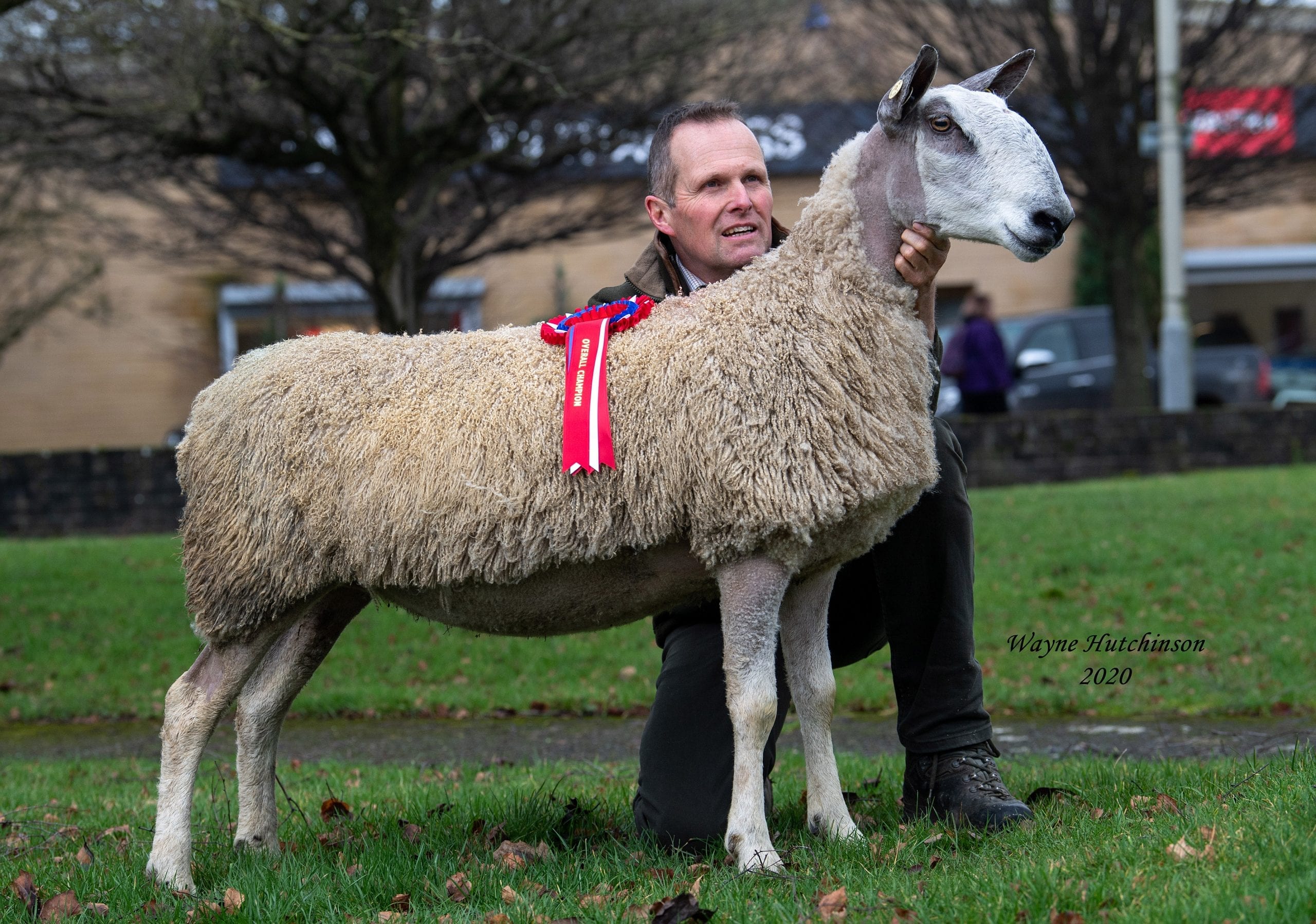 Once again there was a nice crowd attending the sale, the second Blue Belle event. Without the star attraction of the Rossiebank dispersal, the onus was on some cracking bloodlines from the cream of the traditional crop.

Top of the pile was gimmer shearling from the Kirkstead flock, which really is in a great seam of form at the moment, with a cracking pen of sheep, attracting much attention. This sharp gimmer is by the K1 Middle Dukesfield out of a homebred ewe by the Craig Yr Orsedd, carrying twins to the H16 Mendick, the breed champion and Reserve Interbreed at the Royal Highland Show in 2017. It was bought by Messrs Brown, Muir House Farm, Biggar. They also had the top priced gimmer hogg which was the first female to be sold out of the flock’s noted show ewe, F22 Kirkstead, which has done exceptionally well in the ring and last year her four embryo brothers sold to average £4030 and a full sister also took first prize at last years Highland show. This sharp hogg sold for 1400 gns selling to Scott Thomason, Piel View. Its full sister took the first prize hogg in the pre-sale show and just fell shy of its sister, fetching 1300 gns, again joining the expanding flock at Muir House.

The champion of the day, judged by Nicky Robinson, came from breed stalwart, Aled Jones from the Craig Yr Orsedd flock, who lambs around 60 ewes on the North Wales coast. This is the first time he has taken the top ticket at a Carlisle sale and he was as pleased as punch that his ewe achieved the breakthrough. She is no stranger to winning tickets, having won the progeny show at Welshpool a couple of years back as a gimmer lamb. She comes from some great bloodlines too, by the homebred E25 which has bred tups to 3000 gns and its grandmother bred to 7000 gns. She is carrying a single to the 4200 gns J1 Logie Durno. Looking forward to lambing her are the Ogden’s from Pears Gill, Penrith, who forked out 1500 gns for the privilege.

The very first sheep into ring was the reserve champion of the day, a gimmer shearling from the Burndale flock. This lovely gimmer was by the 3900 gns H3 Lower Down, out of Burndale H22, the flock’s Matriarch ewe, and one of the best breeding sheep on the farm. She is in lamb to the M1 Kirkstead, carrying twins. This one fetched 1000 gns to set the trade for the day, selling to Burnhouse Mains. 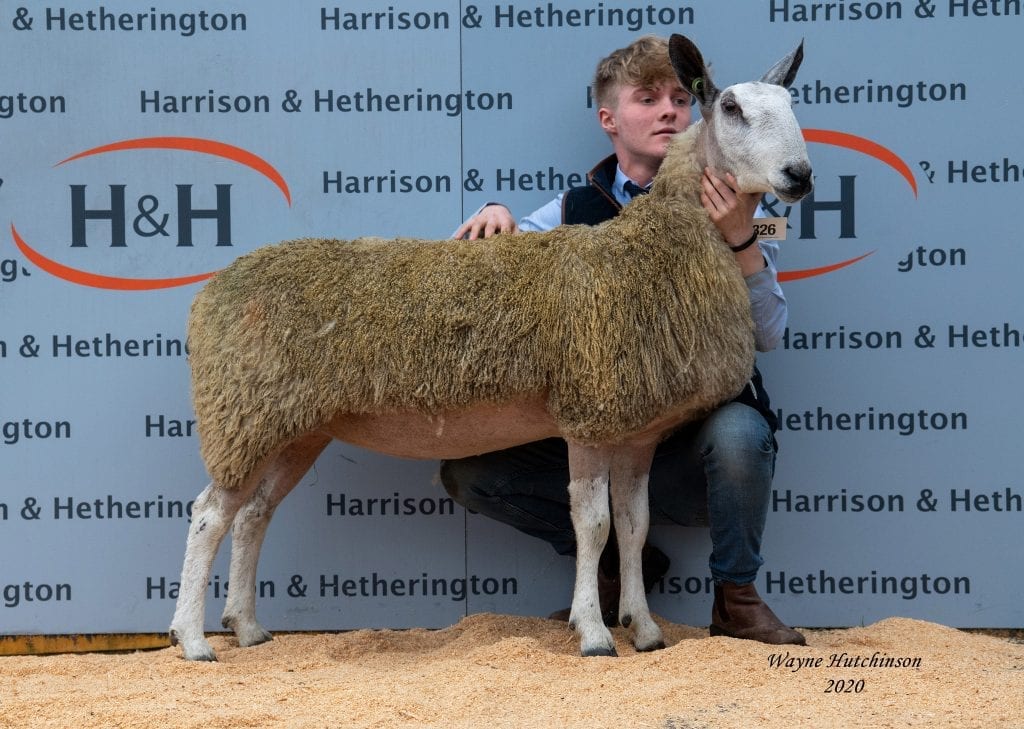 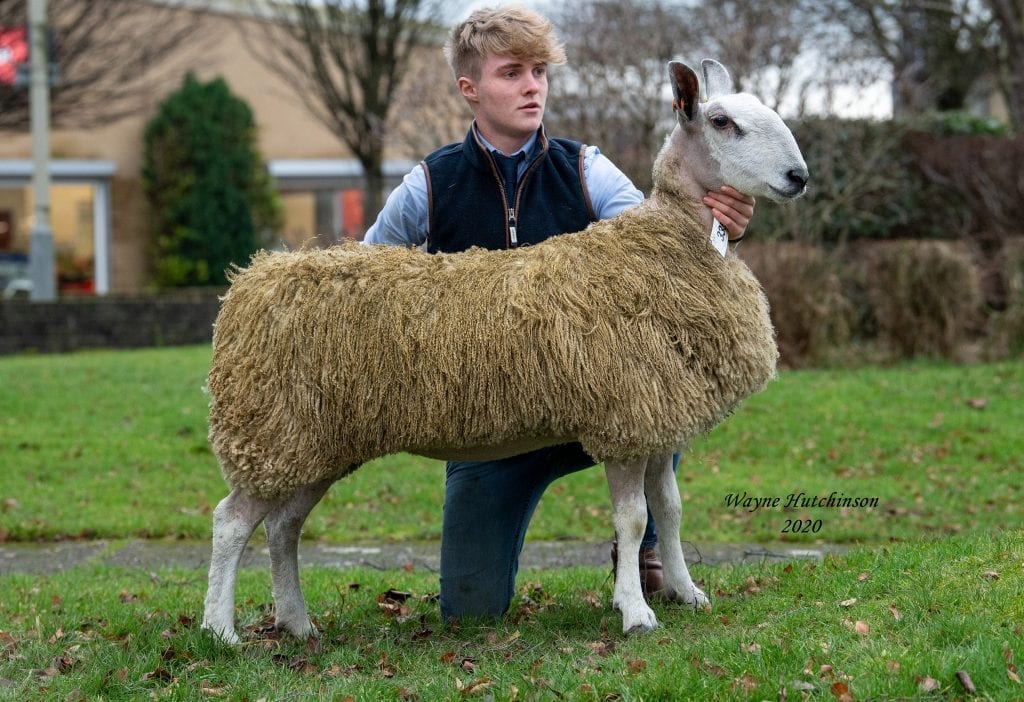 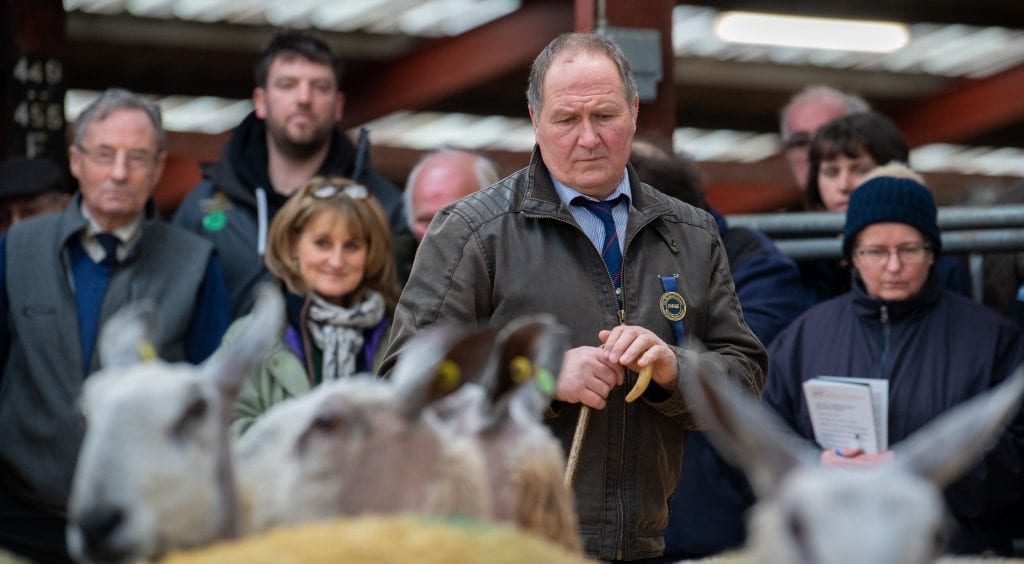 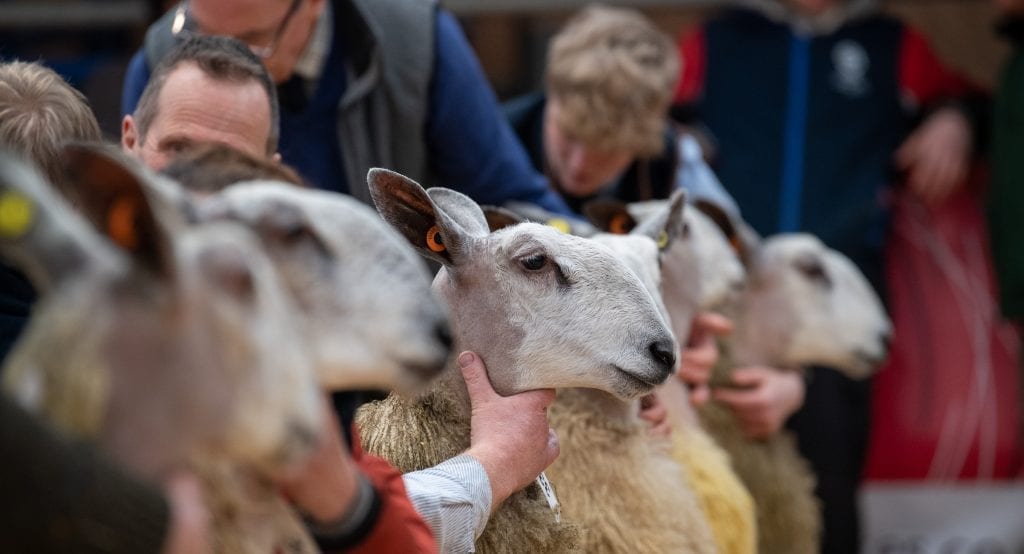 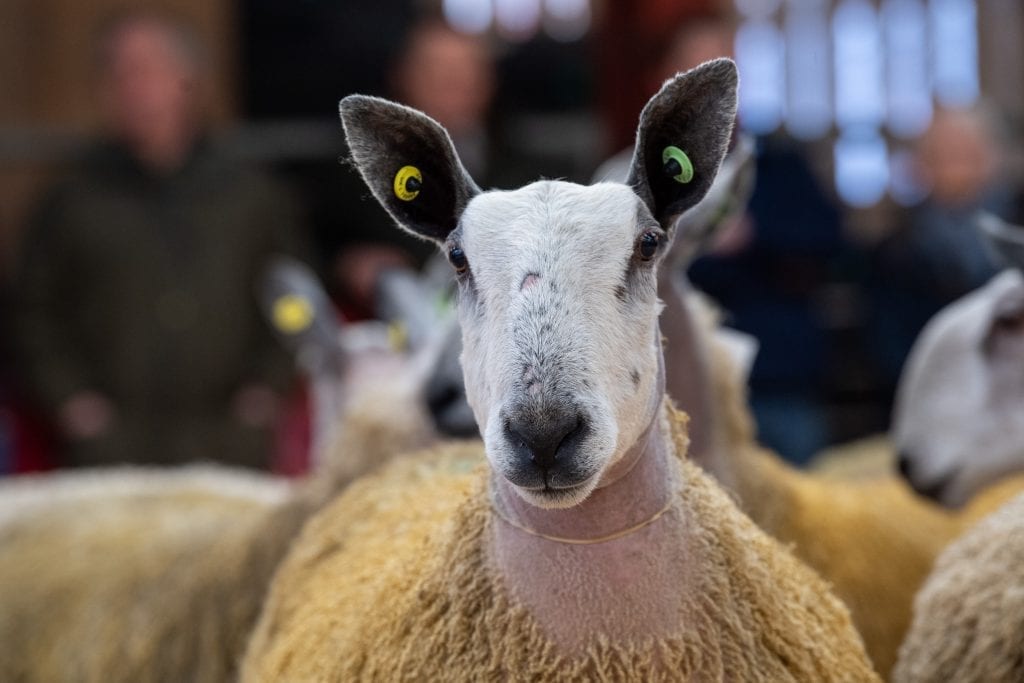