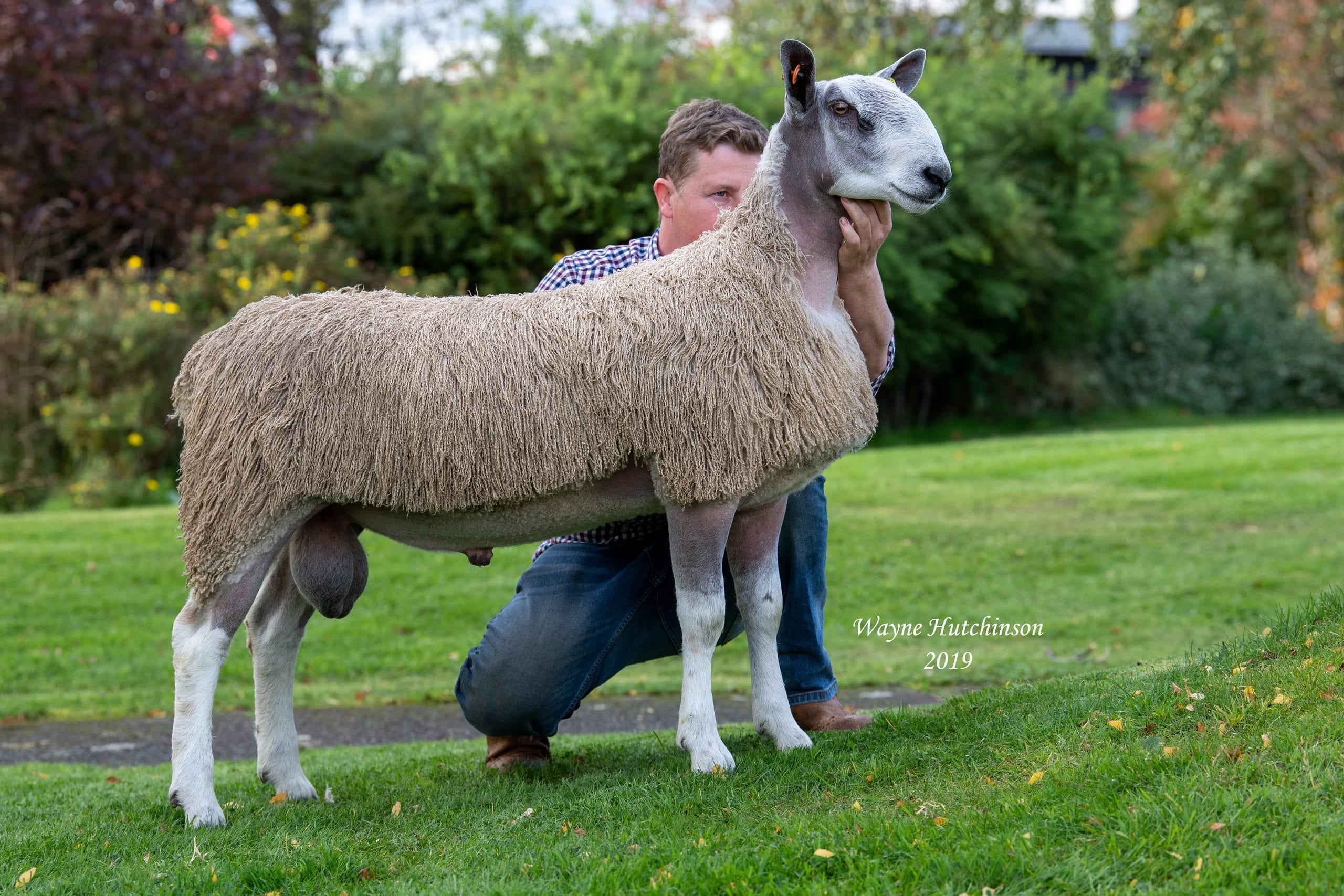 The Blue Faced Leicester juggernaut rolled into Carlisle for the last major sale of the season, with just under 1200 sheep entered into the sale, there was always going to be plenty of choice for punters, with all types available to suit all budgets. The averages were down across the board with buyers selecting only the best sheep on offer to chase in the ring and early trading was hard work for the auctioneers, with all 3 rings seeing the number of sheep sold down on the year, but the trade seemed to slowly firm up all day as many buyers realised this would be the last big chance to make purchases this season.

The average may have slipped a touch for the traditional lambs, but an extra 17 were sold, proving that the traditional type are certainly holding their own with plenty of breeders needing the type.

Topping the days trade was a tup lamb from Alan McClymont’s Kirkstead flock. Based at the head of the Yarrow Valley, they have a reputation for breeding top quality, hardy sheep which go away and do well for their new flocks, a fact highlighted by the number of top of the range tups across the sales with Kirkstead bloodlines. This tup was the full brother to the Builth Wells tup sold earlier this autumn, by the double Highland Champion Burndale G1 and out of the flock’s illustrious show ewe, Kirkstead F22, herself a double Scottish progeny show champion. This sharp, powerful lamb sold for 4500gns, selling to Messrs Dixon, Alwinton.

The Ashes flock have always enjoyed a great reputation and produced stock which goes on and does well, and once again Frank Johnsons pen didn’t disappoint, with the highlight a lamb by the Howlea H2 out of a ewe purchased from the Elian flock, sired by the Addingham B1 Elite+ which in its time was a big influence in many bloodlines. This lamb went on to sell for 3200gns, selling to noted Welsh breeder Mervyn Roberts, Myfyrian, to join his 70 strong flock on the isle of Anglesey.

It was Ashes breeding again late in the sale which saw a cracking price for a lamb from the Towdypotts flock of Margaret Suddes. She is a neighbour to Frank and her flock started when Frank let her have some pet lambs in 2006 and her flock now runs to 18 or so ewes, all going back to Ashes breeding. She was really chuffed to have such a good sale with her pick of lambs, when her number two lamb, Towdypotts M2 sold for 3200gns to Martin Quinn of the Whinny Hall flock, Fife. He was by Howlea K2 and out of a homebred ewe by Burndale G2 and the same breeding saw the flock have another bid to 1400gns selling to messrs Peart from the Woodcroft flock.

The Woodcroft flock, one of the oldest in the society, were also in the money, selling to 2600gns with a strong tup lamb by Old Parks L1 they bought last year, instantly repaying the 1500gns they invested in him a year back. This lad sold to Messrs Clark & Sons, Avisyard Farm, Cumnock.

Matthew Quinn, Whinnyhall sold to 1800gns with his first lamb in the ring, Whinny Hall M10. This lively lad was by Craig Yr Orsedd, H10 and out of a home bred ewe by B1 Rossiebank Elite +. He sold to the Kirkstead flock, who liked his looks as well as the depth of his breeding.

The champion and reserve male champions, judged by J McLachlan and E Hinchcliffe, both fetched 1000gns apiece. First through the ring was the day’s overall champion, a lovely sweet tup lamb from Matthew Seed, Auchry. He was by L1 Craig yr Orsedd, purchased last year. The reserve male ticket went to Cumbrian breeders Scott & Clare Thomason, Piel View, who have built up a great reputation both at sales and shows with the quality of their stock, which is always top notch. Their tup lamb was second to the champion in the classes and followed him through in the championship. This lad is by Espley L3 and out of a ewe by Auchry H4, and sold to EP Hughes, Powys. 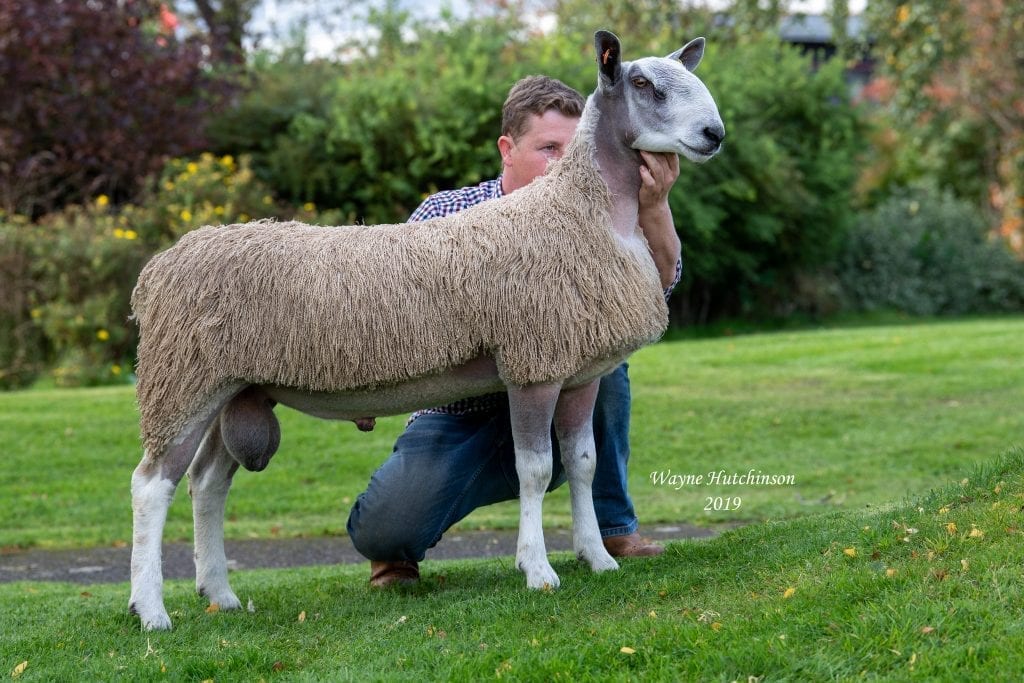 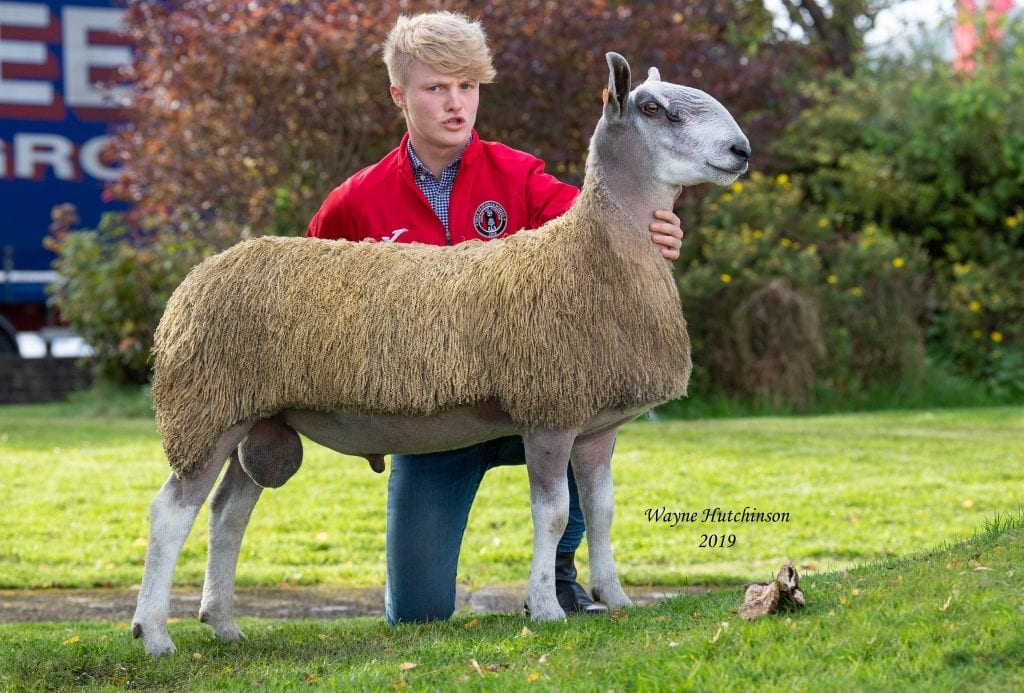 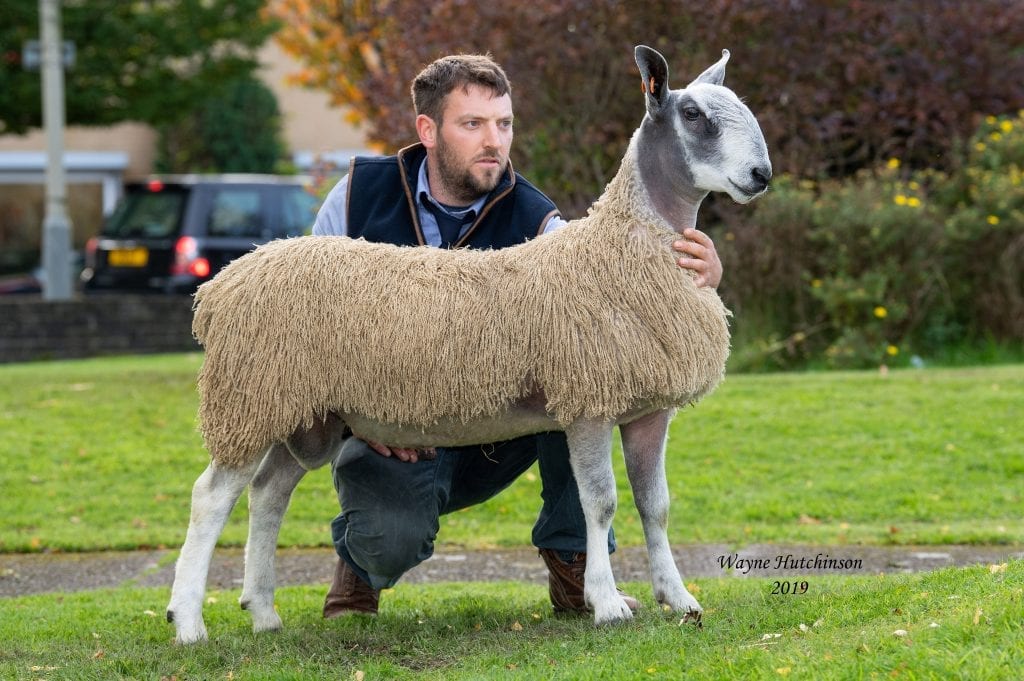 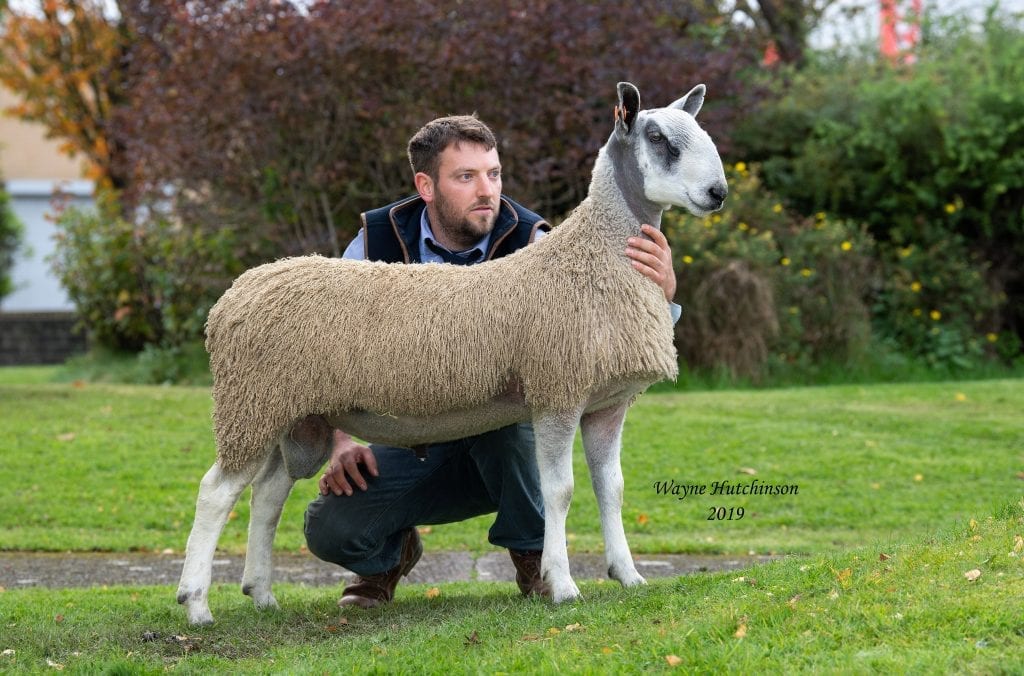 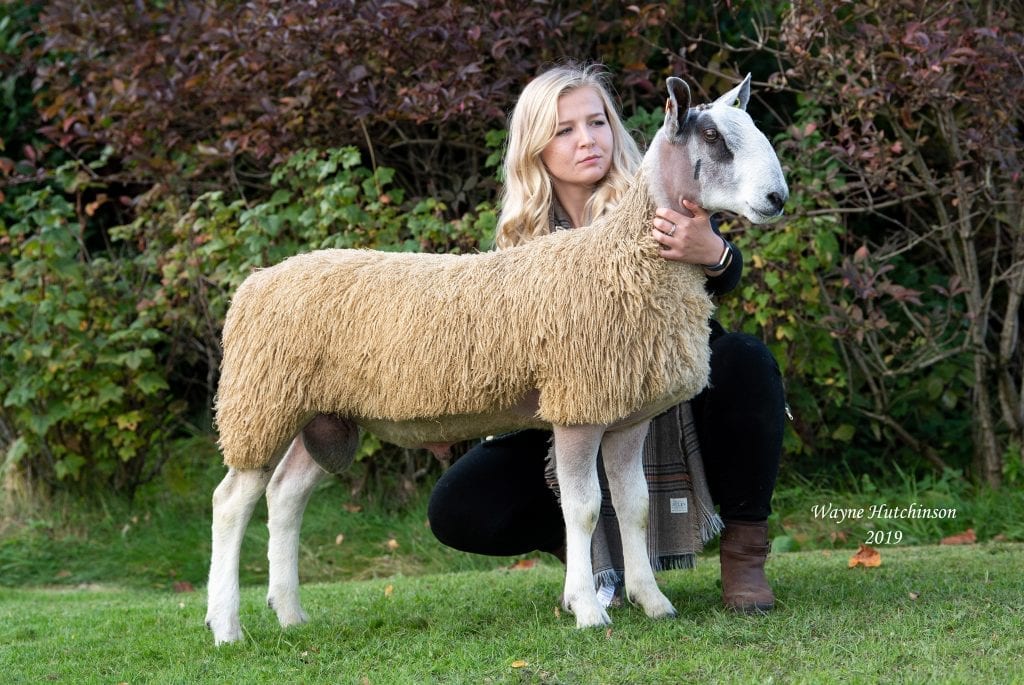 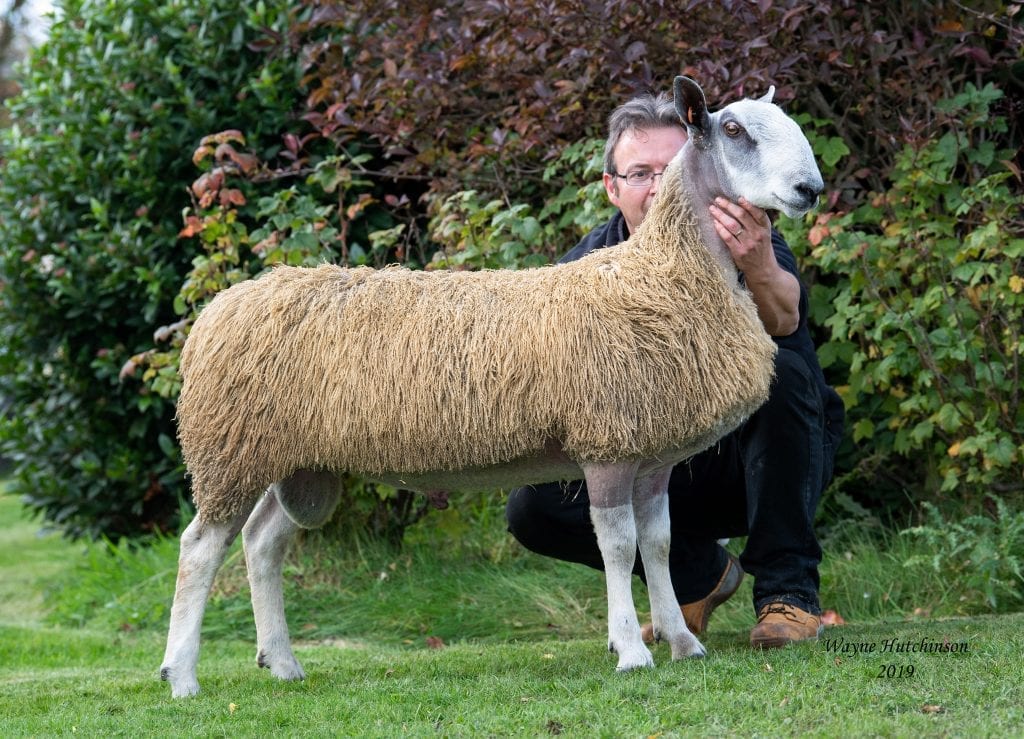 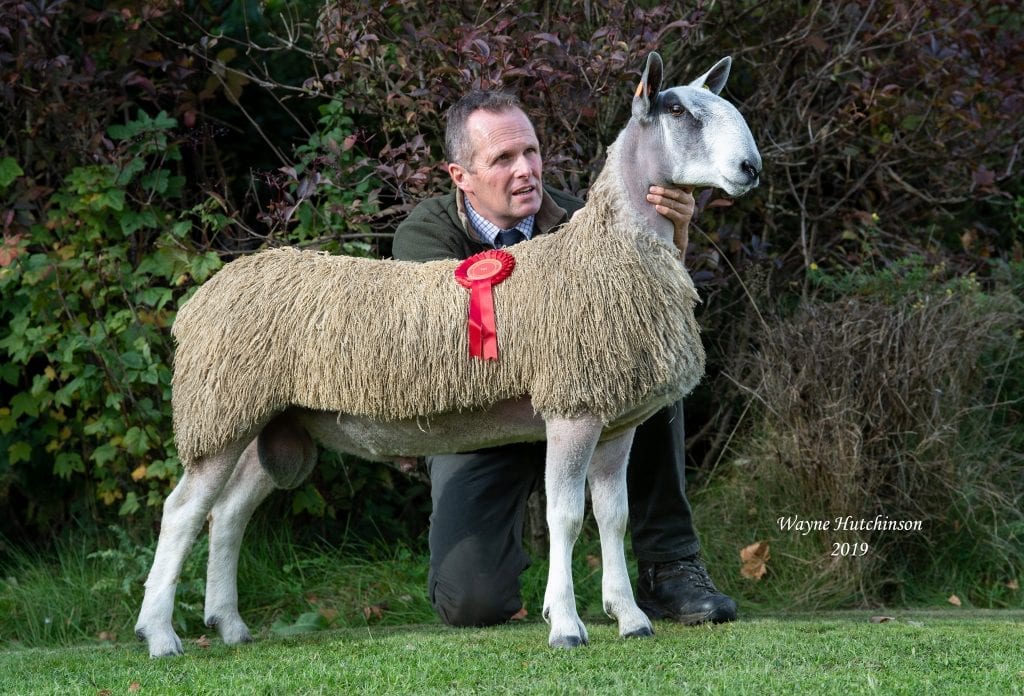