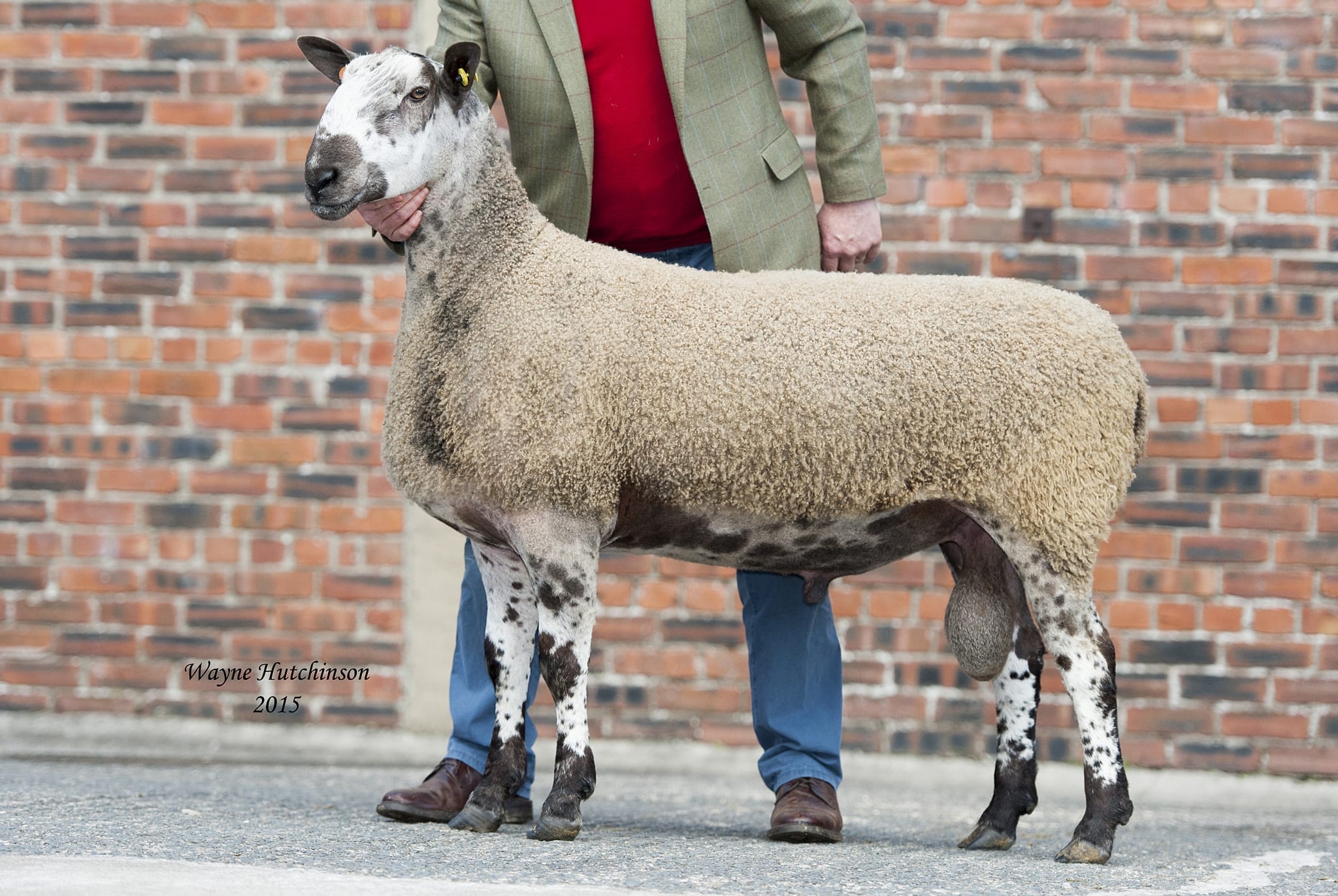 There was a bit of a subdued atmosphere around the ring at the 27th Bluefaced Leicester sale held at Castle Douglas, with averages dropping again, a drop of £140 for the ram lambs, which levelled out at £659.32 and a smaller drop of around £50 for the shearlings. Demand was there for strong powerful sheep in particular, but the clearance rate was a highly respectable 87%, which shows there is a need for the tups, just that shepherds aren’t digging into the pockets as deep as they have been doing, reflecting the current state of the industry.

Topping the day’s trade was a really sharp May born lamb from Alec Brown, Macqueston with a son of the £2200 E4 Blarnavaid, out of a ewe by the homebred E3 Macqueston. It strode around the ring with its head held high, rightly quite proud of itself. It caught the eye of North Yorkshire breeders David and Tim Brown from Agglethorpe who paid out £2300 for him, and as an added bonus, it goes back to some of their breeding on its mothers side, B3 Agglethorpe, which was used with great success at Macqueston.

The ceiling really did seem to be the £2000 mark as several tups fired away to this level, only to stall there. The first to hit the magic figure was the Reserve Champion from Alex Kirkpatrick. G2 Barr was a son of the £2600 F1 Dunbrach bought out of Carlisle which has really produced the goods for the Kirkpatricks, who are based in Sanquhar. The pen topper was out of a ewe by a homebred ram. He was bought by J & W Wilson, Kirkmabeck, Creetown. The Barr flock had a great day at the sale, not only taking the Reserve Champion, their first tup in the ring actually stood Champion. Again by the F1 Dunbrach but out of a ewe by B7 Redhill, bought at Hawes off Cecil Hutchinson. The Champion was a powerful, modern tup and sold to the judge, John Cunningham, Parkgatestone, for £1400. This was the best day yet at the Castle Douglas sale for the Kirkpatricks, who run around 25 pure ewes, and the success comes on the back of a great Mule lamb trade where they topped at £118 with their Mules at Dumfries.

The next £2000 bid came for a powerful shearling from the Macqueston flock, but it wasn’t Alec, but son Anders, who managed to top his father in the shearling stakes. They have a great reputation for turning out good sheep at Macqueston and this son of the £8000 F2 Lunesdale was no different. He had done well on the Blackie ewes last back end, with some nice, consistent gimmer lambs in the Macqueston run this year. This breeding encouraged Robert Loughridge, Orravale to dig deep and spend some of the cash he had made from the Ballymena sale the previous week.

The final bid of £2000 came for the very first lamb into the ring and co-incidentally the first prize tup lamb too, from the Midlock flock. H34 Midlock is full of strong bloodlines, sired by G2 Marriforth and out of the Highland Champion ewe by C2 Hewgill. It is the embryo brother to the 1st Prize ewe lamb at the Highland too. This sharp lamb certainly attracted some interest and the final bidder was S McClymont from the Auld Tinnis flock.

Nearly reaching the £2000 barrier was young Jamie Pirie, who is making a good name for himself amongst the breed, selling a stylish lamb by the £11,000 F1 Firth, and out of a ewe by £9000 D2 Firth to Charlie Aitken and Colin Mundell, both from Fintry for £1900.