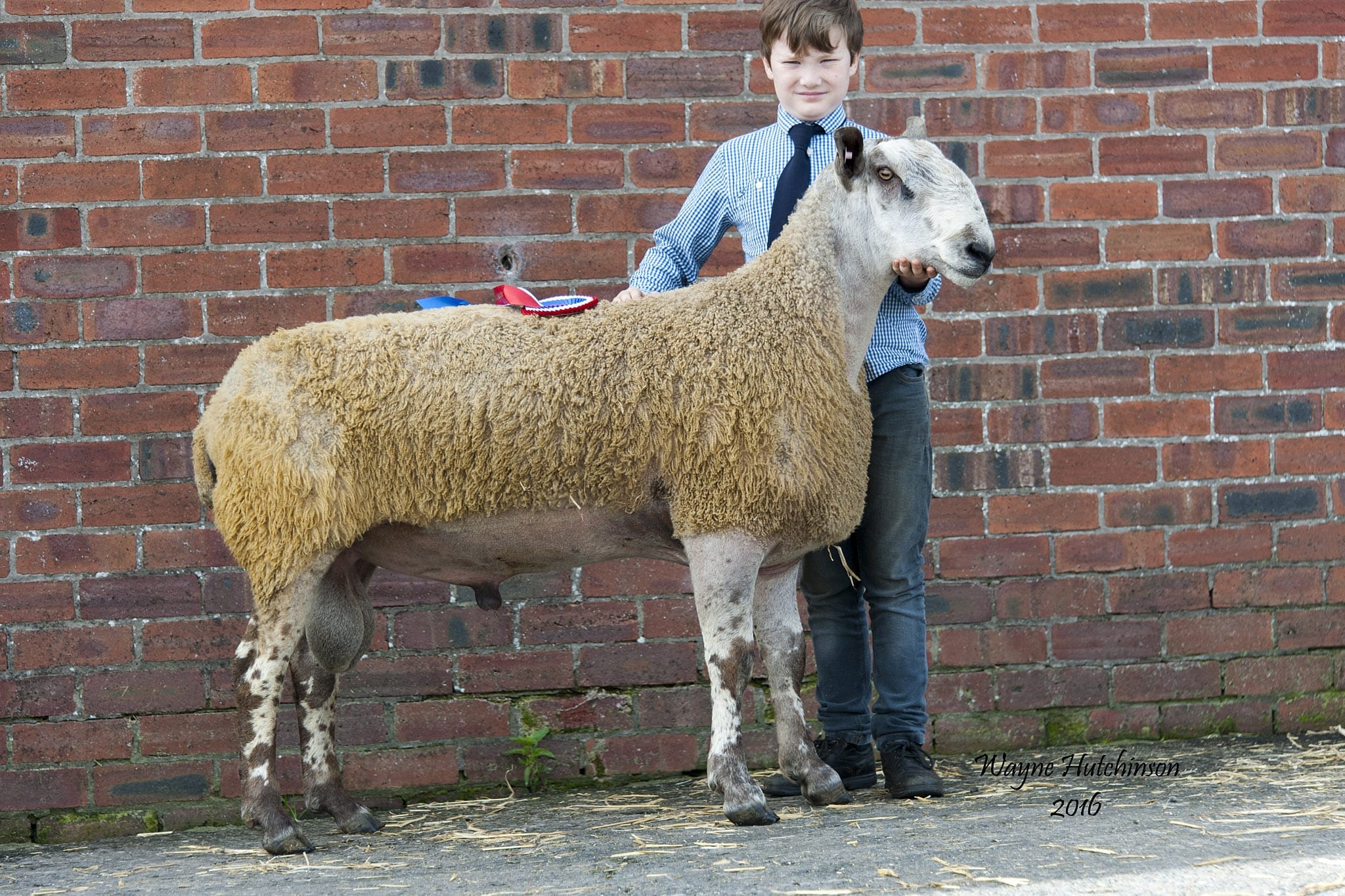 A buoyant trade with the Mule gimmers saw an increase in the trade at Castle Douglas, with a good selection of sheep on offer and a ring full of buyers prepared to dig deep into their pockets to take home some of the best bloodlines available. The shearling rams enjoyed a good trade, seeing the average lift by £160.38 for 134 tups selling to £711.04, but the quality wasn’t as strong in the lamb section, which saw the average fall by £135 to level at £512.89.

Topping the trade and capping a great day for Alec Brown was a powerful shearling – H6 Macqueston. This tup had been used by Alec last year, and his good run of Mule gimmers at Castle Douglas which topped at £138 and averaged £117 for over 250 really were the bee knees of the sale. He is by the £2000 G19 Highberries bought out of Cockermouth a couple of years back, and out of a ewe by the A3 Midlock which has done well. The hammer fell at £3800, selling to R Dunlop & Son, Pinvalley Farm, Barr.

Close behind was H17 Macqueston, a son of the homebred G14 Macqueston, which goes back to more Highberries bloodlines, and out of a ewe by the renowned C13 Firth which Alec has used so successfully after buying him for £6500 many moons ago. He sold for over the water into Northern Ireland to Robert and Fred Loughridge, Orravale for £3400. The same buyers dug deep into their pockets again a few lots later forking out £3000 for H11 Macqueston, which was the sire of the Champion Mule at Carsphairn earlier in the summer. This is by the C18 Highberries, and out of a ewe by C1 Barley. The spending wasn’t finished in the Macqueston pen either, when his H18 shearling, which was the twin brother to last year’s sale topper sold for £2000 to A Paton & Co. This was by the £2200 E4 Blarnavaid, and out of a ewe going back to the £7000 D2 Shafthill. Alec and son Anders enjoyed a great day, and also took first prize and Reserve Champion with their tup lamb, who is another son of E4 Blarnavaid, and out of the sister to the first shearling he sold three years back by the C13 Firth. He sold for £1150 to H R Contractors, Tynron, and his twin brother is heading to Hawes at the next step of the Bluefaced Leicester autumn tour.

The trade was set early in the sale when lot 10 went through the ring, making £2100 for M/s Hamilton & Co, Marr with their powerful shearling H2 Marr, a son of the E3 SP Dalpeddar and out of a Z18 Riddings. This sold to J & W Wilson, Kirkmabreck. Robert McTurk made the same price a little later as his H2 Barlaes shearling strode around the ring. He is by the £2500 F1 J & D Blues bought out of Castle Douglas a couple of years ago, and out of a ewe by C18 Midlock, a tup lamb he borrowed from Midlock which later sold for £3600 at Kelso as a shearling. Robert was delighted at his price, and forking out the readies for him was A Paton, Craig, Straiton.

Top priced lamb went to Midlock with a powerful lamb, J39 Midlock with some great skin and colour by the £23,000 H1 Carry House they bought last year, and out of a ewe by E1 Barf House. He sold to T W Hamilton, Kirkton.

The champion of the day went to the Cassington X flock, the first time they have achieved this feat after 28 years of trying, having been at every sale at the centre. Their tup, H3 Cassington X has been shown successfully over the summer, taking the Reserve Champion in the crossing section at Penrith Show. He is by the Y1 Midlock, which is a legend within the breed, and out of a ewe he bought out of Carlisle by S21 Lunesdale, full of Highberries back breeding. He was bought by J C Jones, Corwen, Chairman of the Welsh Mule Association, who saw the tup on the Progressive Breeder’s stand at Scot Sheep this year, and was impressed enough to make the trip north to purchase him. 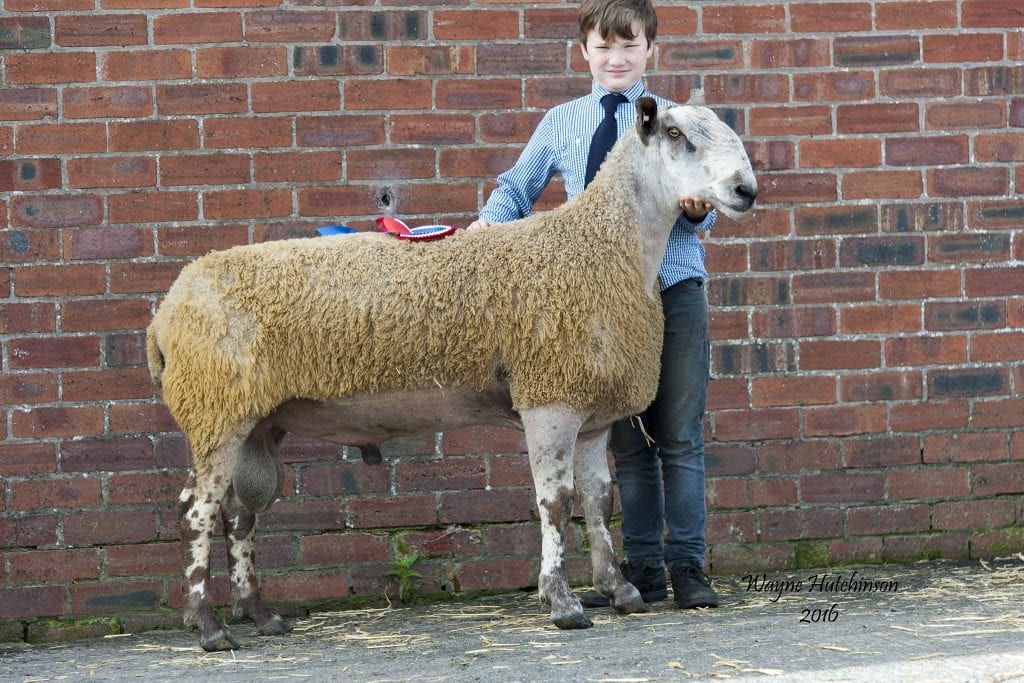 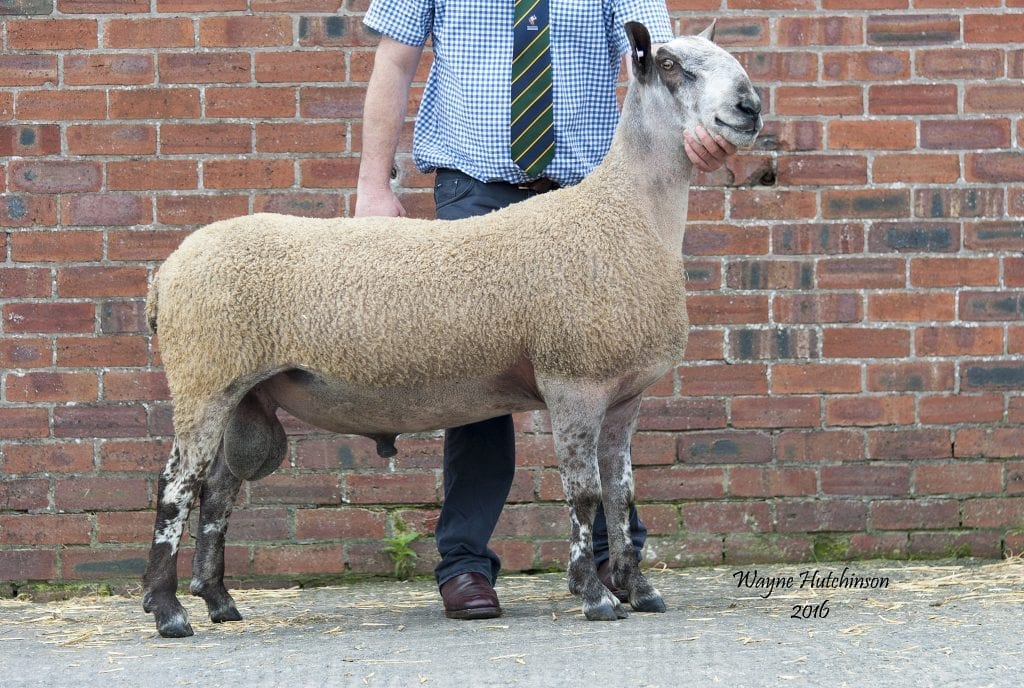 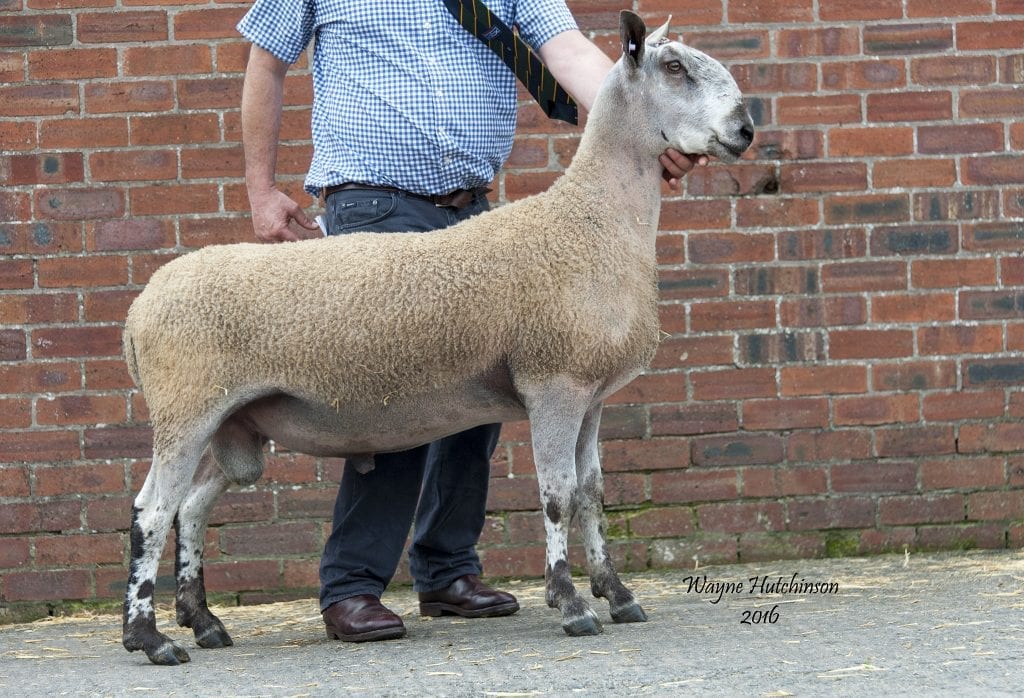 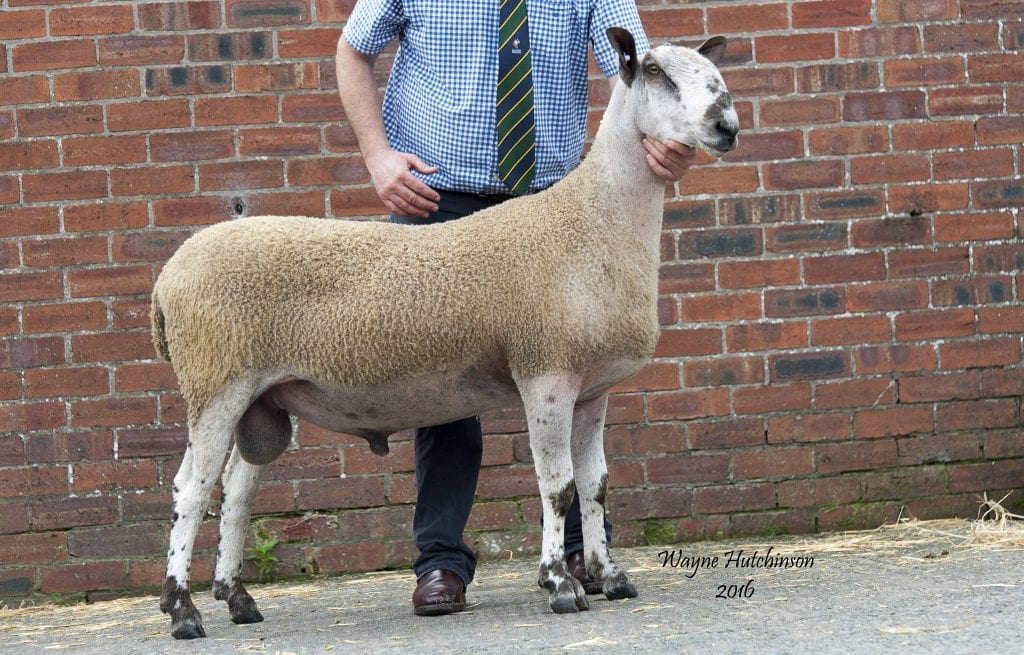 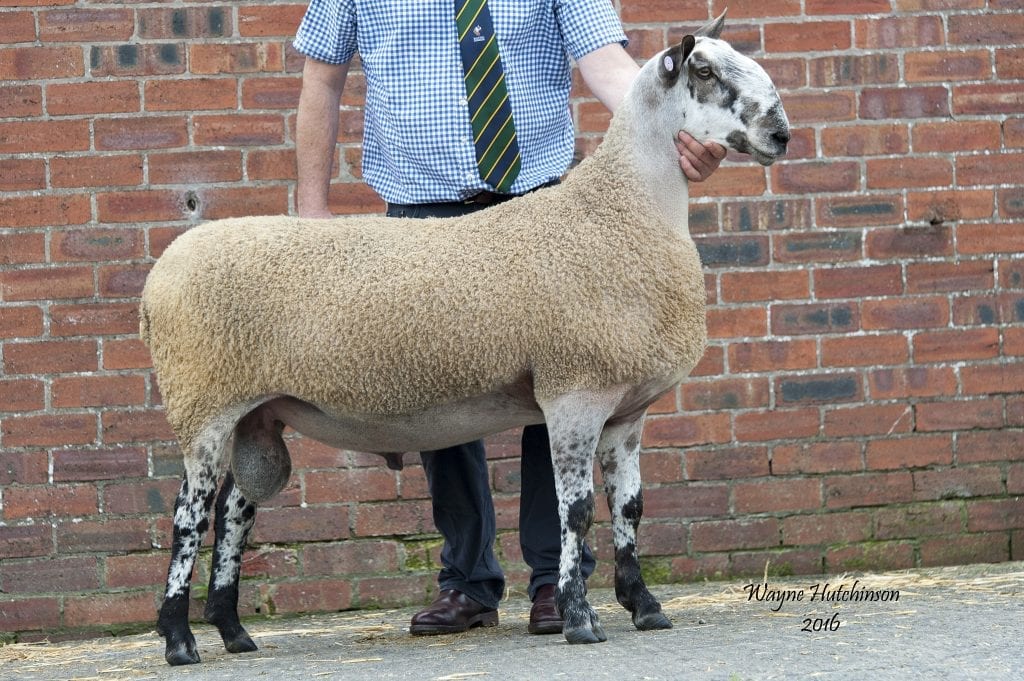 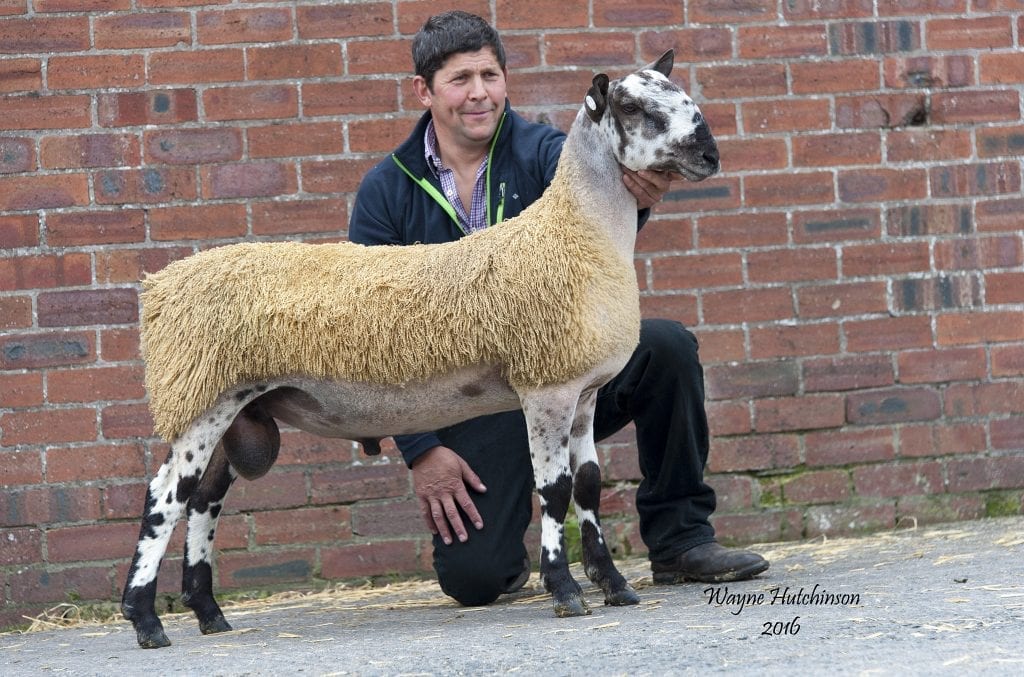