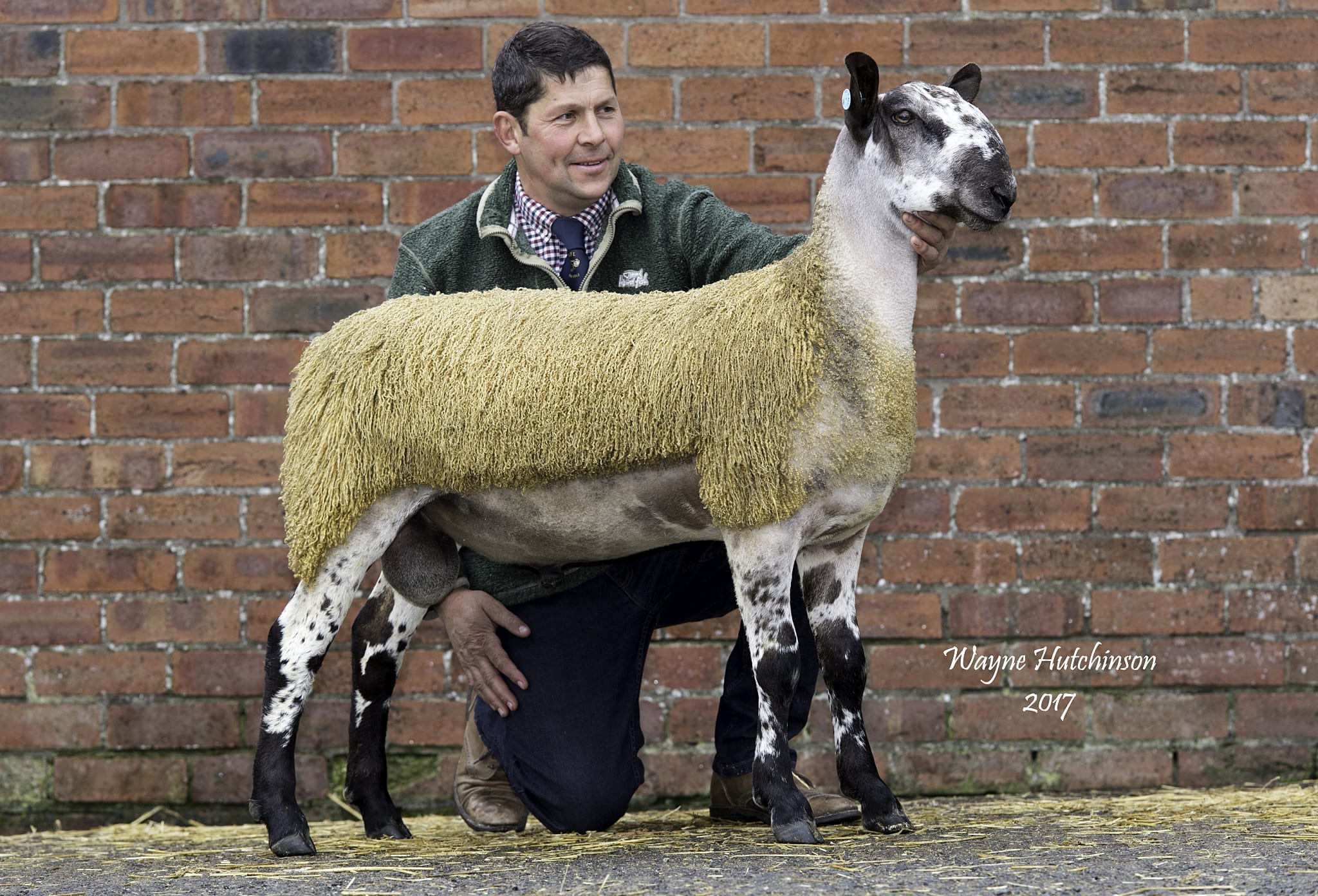 After a promising backend of Mule gimmer sales, the Castle Douglas sale never really set on fire. Trade was a little bit like the weather, a bit dreich. The average for the shearlings fell nearly £138 on the year for the same number sold, and the lambs fell a lesser degree by just over £29 for the 34 sold out of the 40 offered.

Despite the steadiness of the day’s trade, there were some bright spots, not least for the McKie’s from the Finniness flock when early doors they took the reserve champion with their tup shearling, the best they have done in the show to date. Better was to follow, as their third shearling into the ring, by the H6 Forebrae, which they bought out of Carlisle for £1000 a few years back, went and made £3200, to Jim Walker, Drambuie, their best sale to date by some margin. Their pen of good, strong shearlings got plenty of attention, probably partly due to their success with the Mules at Castle Douglas, which saw them average £171 with their gimmer shearlings and lambs averaged out at £122. Many of these lambs were by the Forebrae. The Reserve Champion, out of a ewe shown by the flock, was by the E1 Hewgill, successfully used at Midlock, went on to sell for £1800 to Mains of Larg Farmers. Another from the pen, again by the Forebrae, out of an SP Dalpeddar ewe went on to make £1700 selling to J Guild, Ashmark.

Alec Brown is noted for selling some cracking shearlings at this centre and again he was in the mix, with his top shearling selling for £1700 over the water to Fred and Robert Loughridge. This strong shearling, with a mind of his own (one way of putting stubborn!) was by the homebred G18 Macqueston out of a ewe by the D1 Shafthill. He has been used successfully, with lambs in the top pen at Dumfries which stood second. Alec also made £1600 with a son of the H3 Cottage and out of another homebred tup, E3 Macqueston. Buyers of this big tup were A Paton, Craig, Straiton.

Two more shearlings hit the £1600 mark. The first was from the J & D Blues flock, which are gaining a good reputation at Castle Douglas. This long tup was by the G3 Marriforth, a son of the 14k Cottage. This tup was 4th in the show and had previously taken 2nd at Dumfries. He had been used and had lambs in the top pen of Mules which sold for £144, with his average £122 for 200 lambs sold at Castle Douglas. Purchasing this were the Dunlops from Pinvalley, Barr. The later one at £1600 came from the Kilfaddoch flock from S Bryson. This was by a H40 Midlock and bought by Mr Louden, Quinloch flock.

Trade was tougher in the lamb section, with Midlock topping the trade with their second lamb at £1600. This tall lamb was by the J6 Hewgill bought last year and out of a ewe by the homebred G3 Midlock, selling to Alison Bastian. Midlock also took the supreme champion ticket, judged by Kevin Ridley, with another lamb. This was by the record priced Kirkby Redgate tup, which was the sire behind the Kelso top prices. This strong lamb sold for £1000 to J Shedden, Newfield Mains.

Only one other lamb hit the four figure mark, a strong lamb from Alec Brown. This lamb was by J1 Forebrae and out of a ewe by G19 Highberries. He sold for £1250 to M/s Dunlop, Pinvalley Farm. 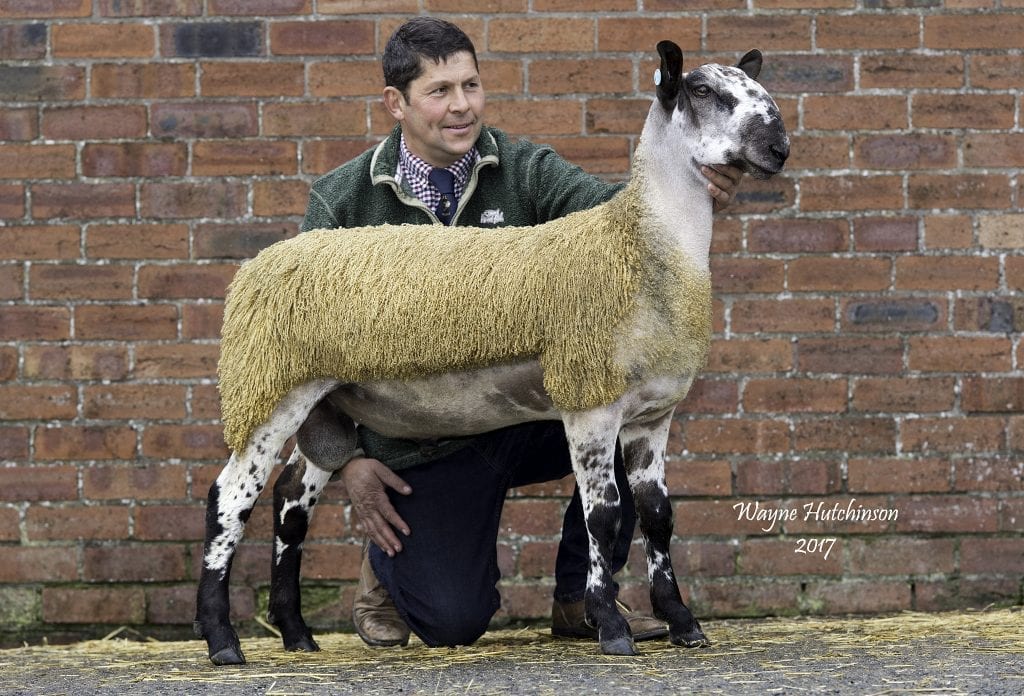 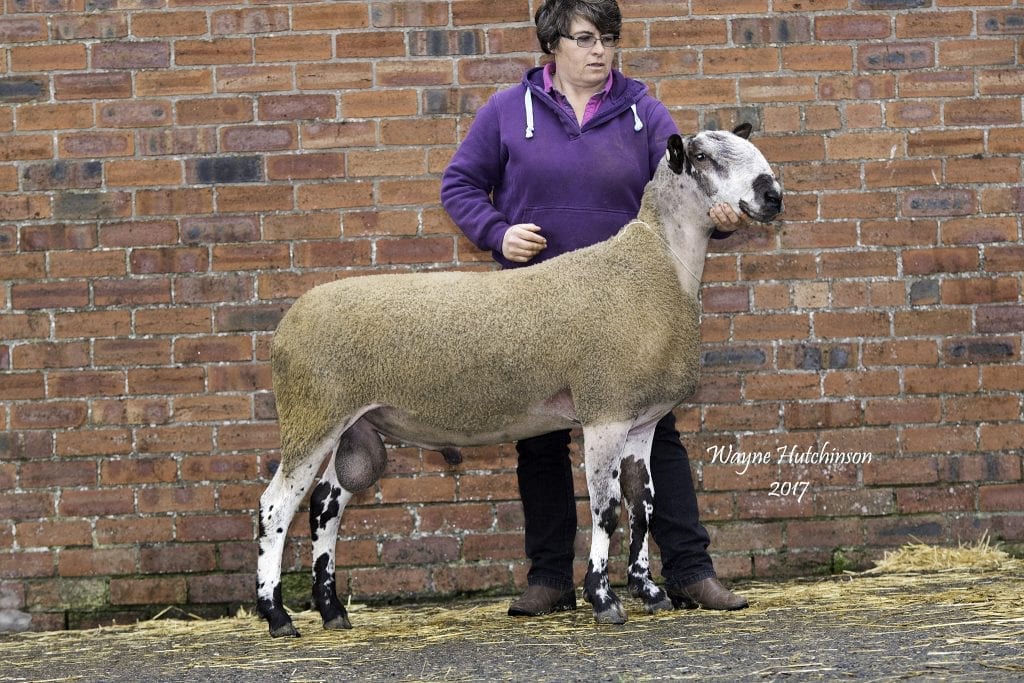 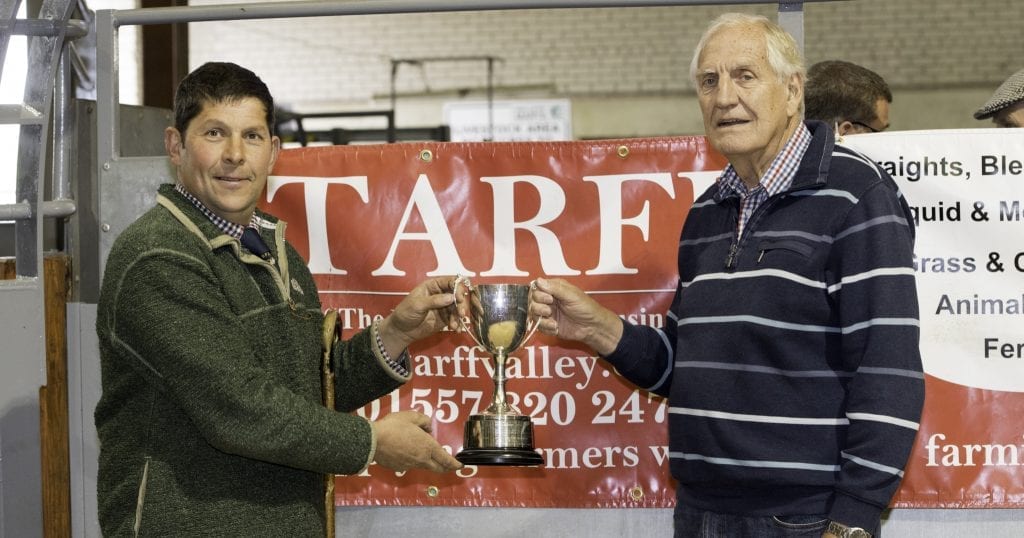