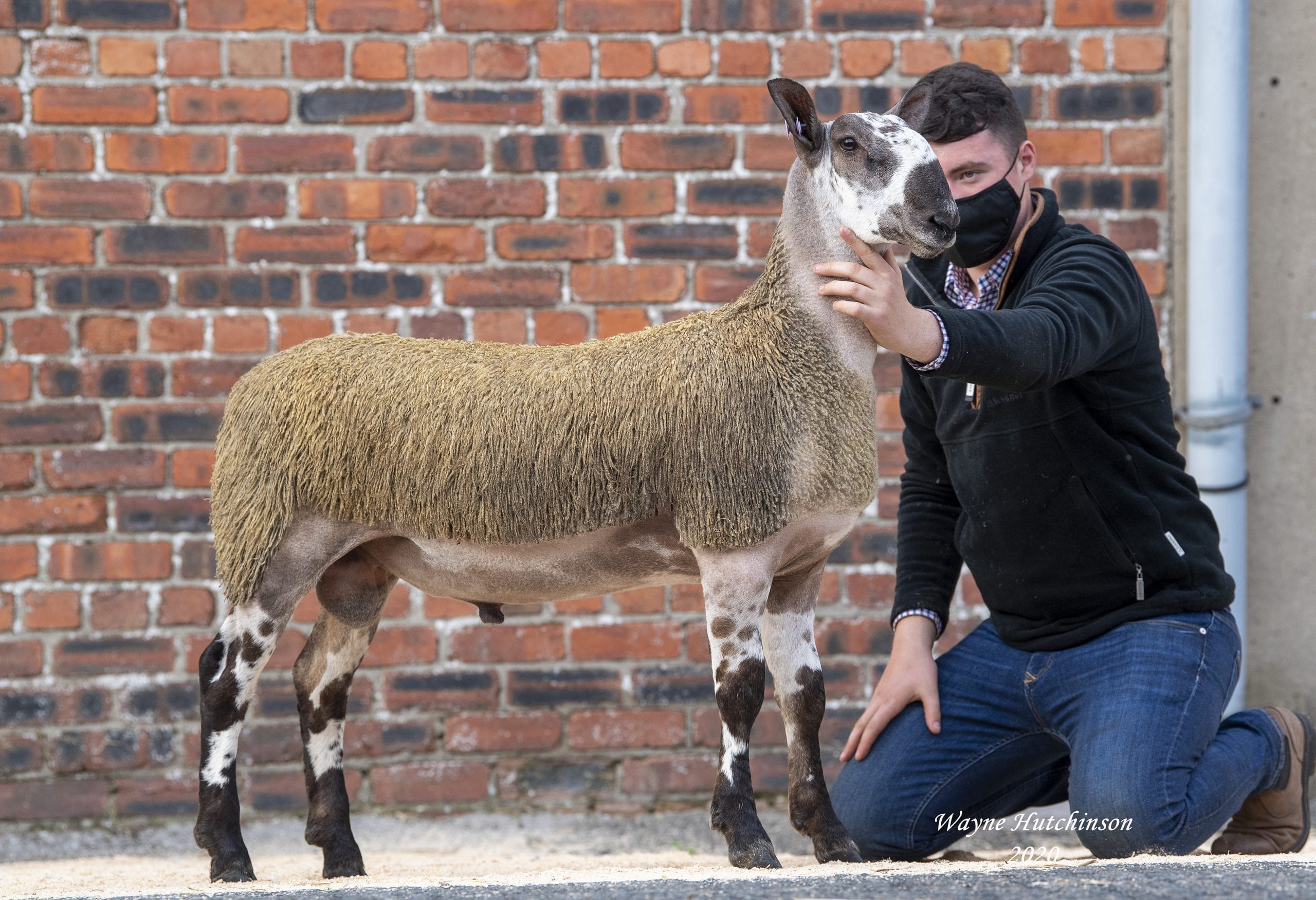 A reorganised schedule at Castle Douglas saw trade buzzing, following on from the Blackface female sale, which enjoyed a booming trade, and the ringside fever followed onto the evening sale of the Bluefaced Leicester tups, with the averages jumping a massive £213 for the shearlings and a healthy, if not more modest, rise of £66 for the tup lambs.

Topping the days trade was a strong April born tup lamb from Alec and Anders Brown from the Macqueston flock, with the first progeny of the £10,000 Farden M1, which was full brother to the noted “Popeye”, catching the eye. He is out of one of the flock’s best ewes, by Hewgill K26, and stood Reserve Champion at Peebles last year. She is the full sister to the Macqueston’s leading shearling at Lanark later this week, which will no doubt catch the eye too with such good bloodlines. He was bought in a 2-way split with Messrs Paton, Craig and Messrs Dunlop, Pinvalley, acquiring his services for £3600.

The Macqueston shearling consignment was also pulling in the punters, following on from their exceptional trade and quality of their mule lambs, which saw them average a stonking £128 for 400 lambs sold at Castle Douglas. One of the stars of the run was Macqueston M3 who sired a number of lambs all through the run. He is by the 9000gns L12 Shafthill bought out of Carlisle, which goes back to G6 Midlock, and he is out of one of the flocks best breeding ewes by the G19 Highberries which has excelled at Macqueston. This monster of a tup sold to Jim Walker in a £2800 deal. The Macqueston flock also had a bid of £1900 for a strong shearling by the Highberries tup and out of a homebred ewe by another Highberries, C18, so full of the best crossing lines. Buying this boy were regular Macqueston shoppers, the Loughridge brothers from the Orravale flock.

Enjoying a great day out was Jamie Nisbet, who runs 15 ewes at Cumnock, fetching a personal best with a tup lamb by L8 Skeughdale. He is a bit special as he is out of his best ewe by the Midlock G42, the same bloodlines as Knight Rider and the G34 Midlock et all which have done so well. He just had this one ewe in lamb to the Skeughdale as he took her to the tup for “One Jump” ….and what a jump it was….one worth £2400, with Stewart Park, S P Dalpeddar and John Graham, Burnbank landing him.

A brace of sheep hit £1800, the first of these was a strong powerful shearling from Barlaes by K8 Culdoach and out of a ewe by the D2 Firth which has done so well for the flock. The other at £1800 was a tup lamb from AS McQuistin from the Barnshangan flock. This one was by the J14 Blarnavaid, a son of the £13,000 Highberries Hotshot. 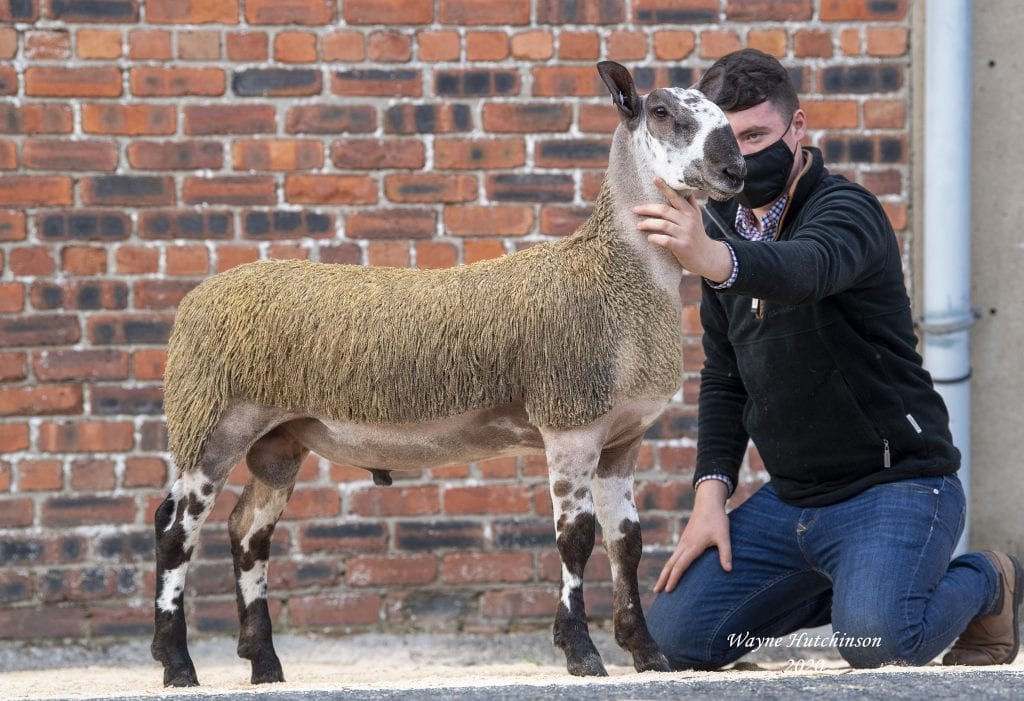 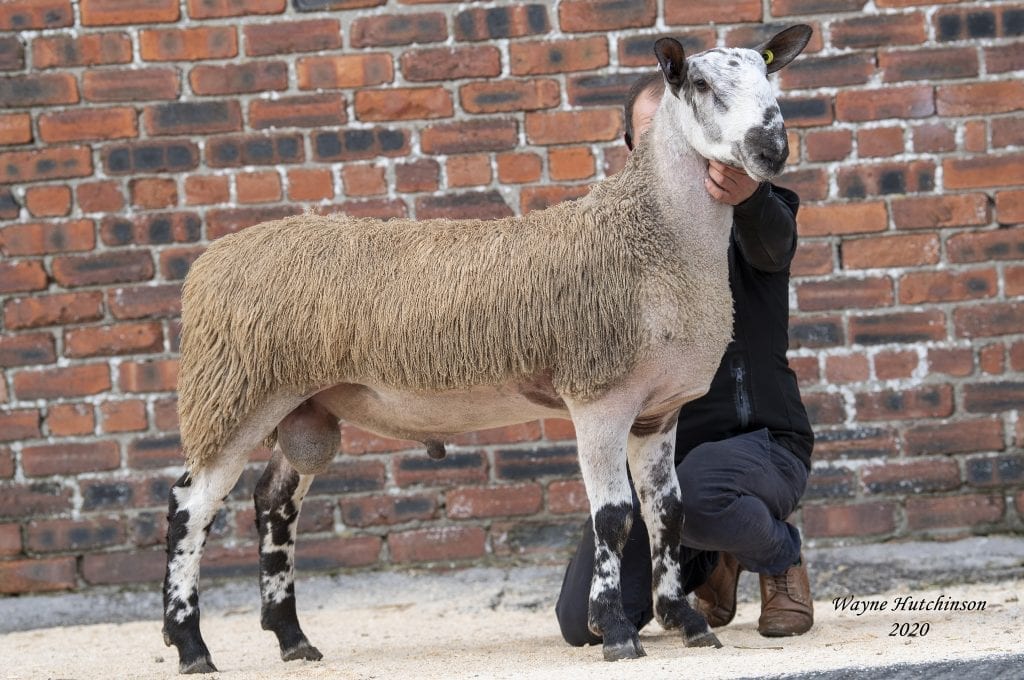 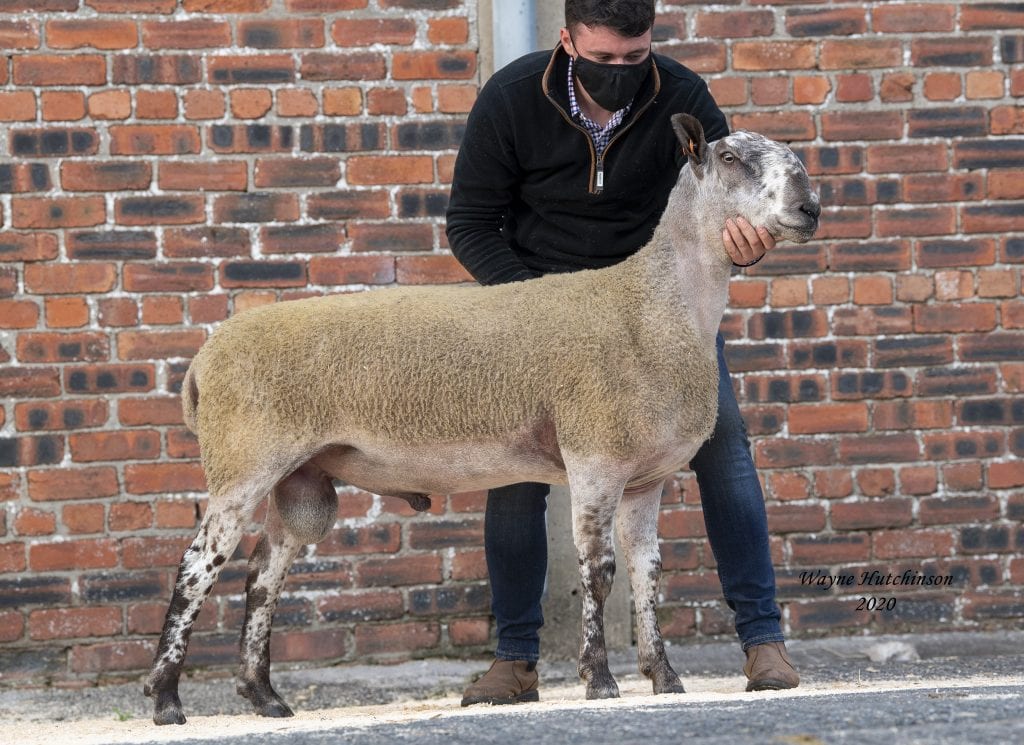