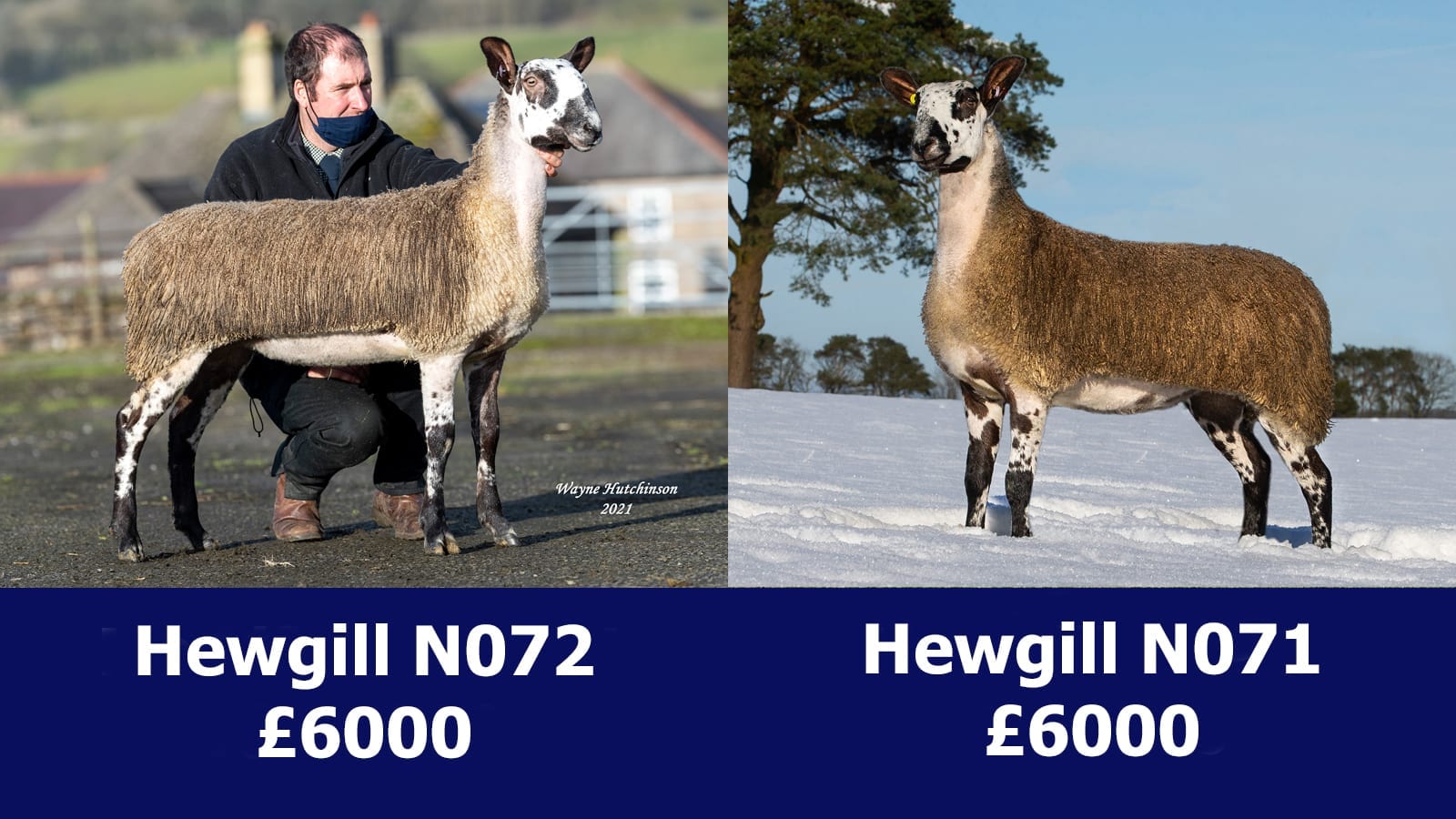 The attention in the female sale season turned to Hawes for the Blue Faced Leicester’s and with 47 sheep forward, including a dispersal for the Arnfield and Wingate Edge flocks for Messrs Hallam. Aside from the dispersal, numbers were down on the year, due to the ongoing carry on which you may of heard about ever so briefly every now and again….despite this the quality on offer was top notch and the trade was brisk, both in the ring, online and on the phone, leaving auctioneer Raymond Lund twirling in all directions to catch a bid.

Pen of the day had to go to Hewgill again, with an eye catching trio of lambs on offer, which were difficult to split….and the price reflected that with 2 fetching £6000 (No fancy Guineas at Hawes tha knaws!) and the other £5800. The brace at £6000 were both by the L7 Riddings which has done well within the flock in last couple of years. They were both full of style and quality. The first at £6000 was out of a ewe by the old F52 Hewgill and sold to Finlay Robertson, The Beeches. The next at £6000 was out of a ewe by H45 Hewgill and was a picture of style and power, full of modern colour. It headed just over the hill from Hawes into Swaledale with William and Marian Porter, Riddings sharing her. The Lords first lamb into the ring was by the homebred M39 out of another F52 ewe. This lamb was a dazzling, sharp sheep with a great outlook. She sold for £5800 to RJ Shennan, Farden. Hewgill have enjoyed a great trade at the last couple of female sales and will no doubt be sending their trainee shepherd, George Shields out with them by himself more often!

The Smearsett pen enjoyed a good day’s trade with a smart pen of sheep, full of old crossing bloodlines and true to type. Topping the pen was a smart gimmer shearling by the J30 Smearsett, a son of Ted, which had sired 6 gimmers in Robins top pen at Bentham last year. She was carrying triplets to N1 Harkerside, a purchase out of Hawes last autumn. James Taylor from the noted Lunesdale flock will be finding out what he gets like when he shelled out £3200 for the privilege. The Smearsett pen also saw a bid of £3000 for a ewe bred at Langstroth, carrying lambs to the legendry G11 “Ted”. This lashy lady sold to Sandy Ainslie, Links Head. They also saw a bid of £2200 for a ewe by Ted selling to RJ Lawrence, Holme Farm and £1900 for a gimmer hogg, again by Ted finding a new home at Lodge Cottage for G Richmond.

Ashley Caton had a brace of gimmer shearlings on offer, with the first  a powerful sheep by the K12 Otterburn Lodge which they sold at Hawes as an old tup last year for £6000 and out of a ewe by the G32 Midlock, which has been a massive influence on the flock. She was carrying triplets to the M4 Asby and sold to Rosie Tennant, Low Bucker House for £3000. Ashley’s other gimmer, by the L21 Shitlington sold for £2100 to Messrs Collingwood, Ambling Gate.

The Harland flock enjoyed a solid trade, topping at £2800 for a ewe by F1 Harland “Big Head” carrying twins to L19 Smearsett, selling to Jack Lawson, Hundith and they also sold a brace for £2800, the first a ewe by D20 Highberries carrying 3 lambs to the F1 Harland and sold to Neil Marston, Highberries. The other at the same price was by the legendry Z4 Hundith, carrying twins to F1 Big head again, this one selling to Messrs Critchlow, Bridge End Farm.

Once again thanks must go to the auction mart and the staff for organising the sale so well in the current circumstances and also to the buyers, either online or in the ring or on the other end of the phone, for being patient and also for sticking to the rules the best they could. We look forward to the autumn sales and hope that they will be a bit freer! 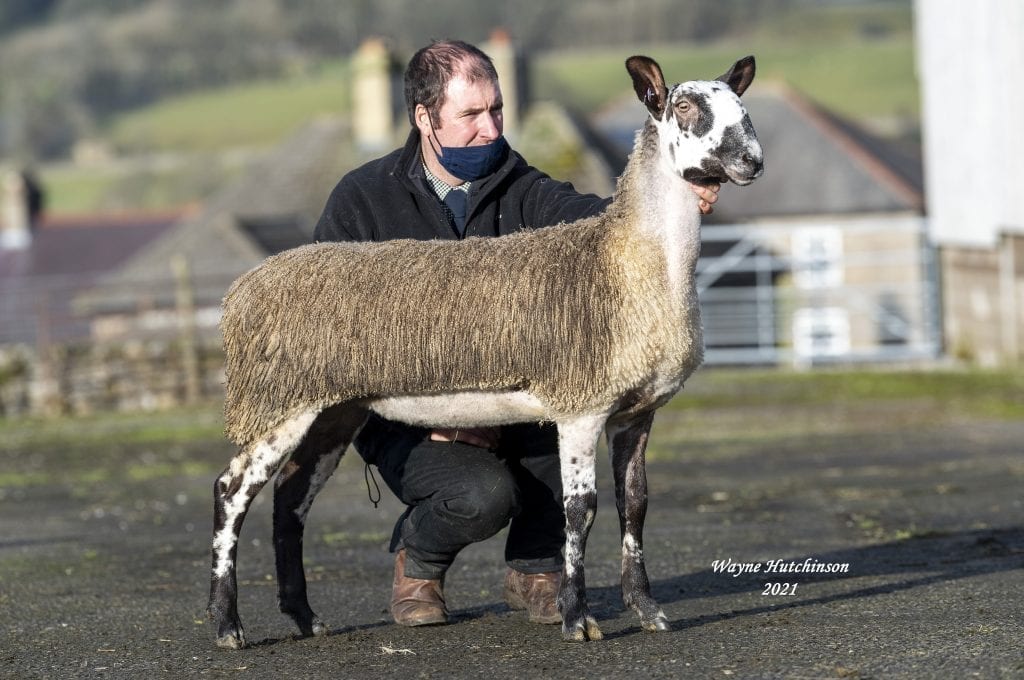 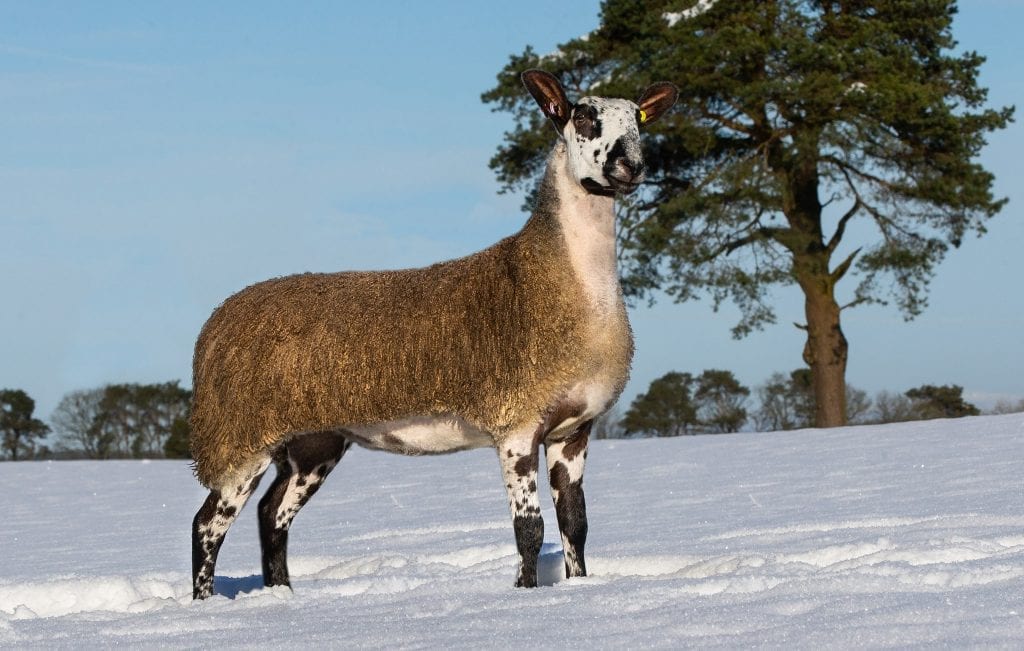 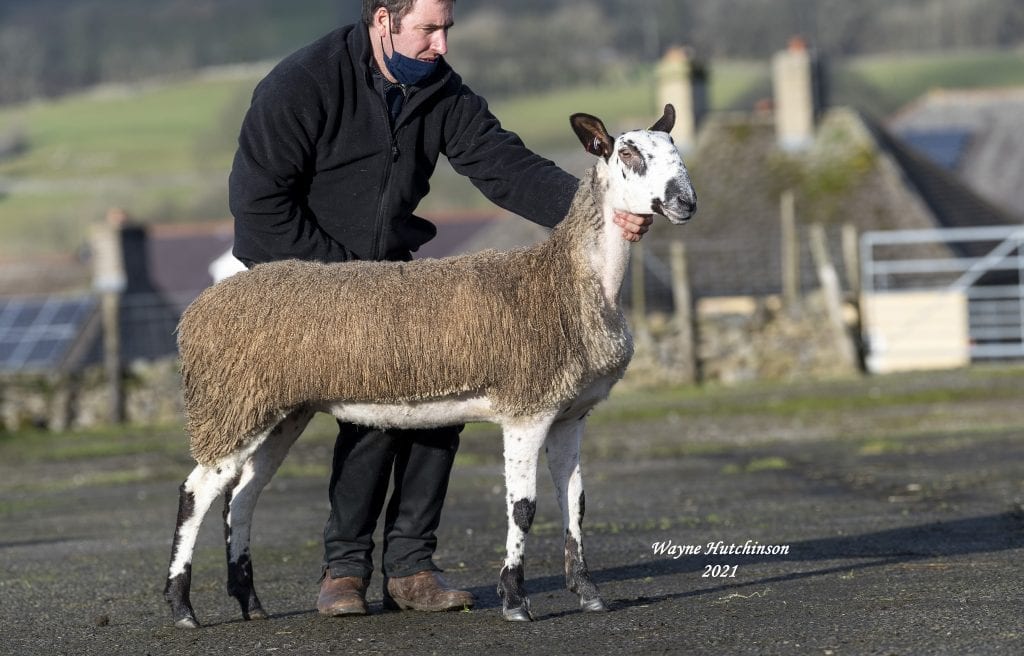 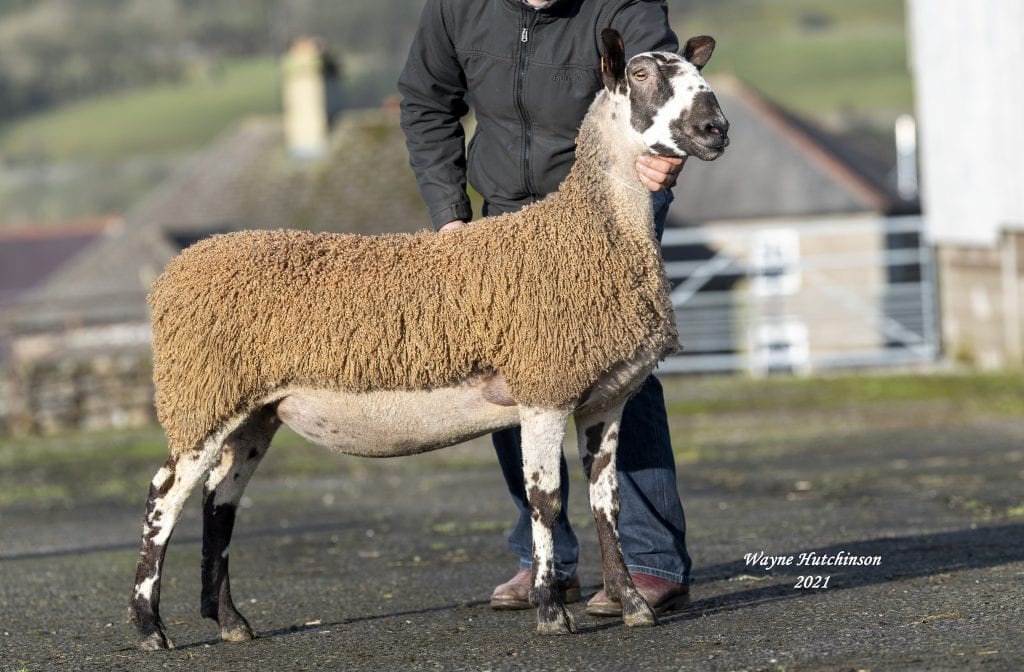 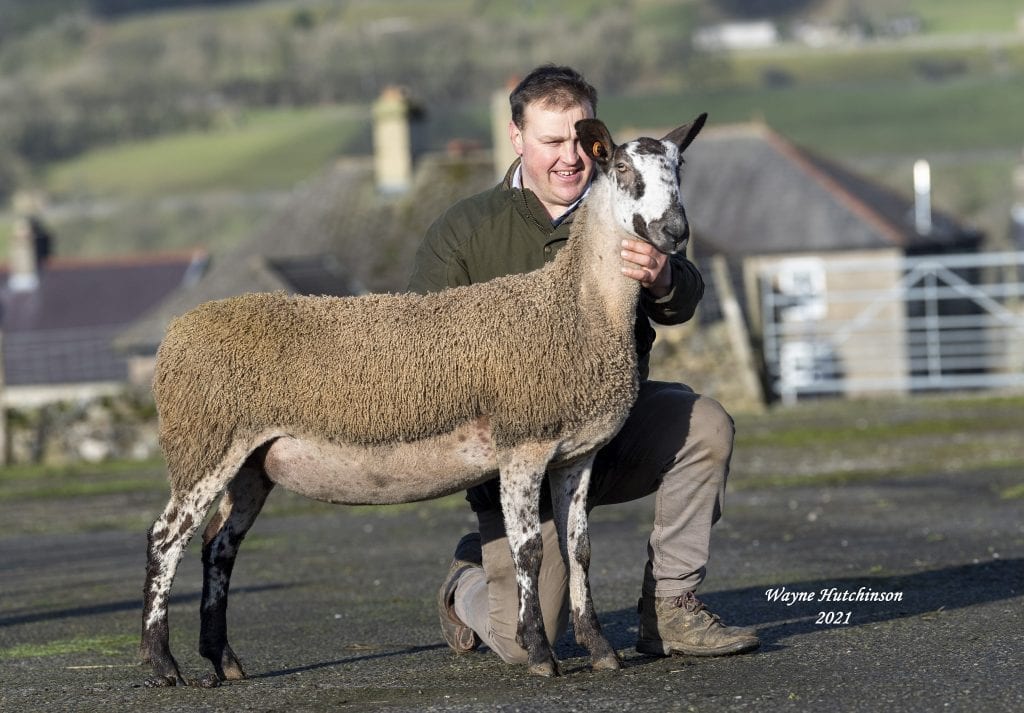 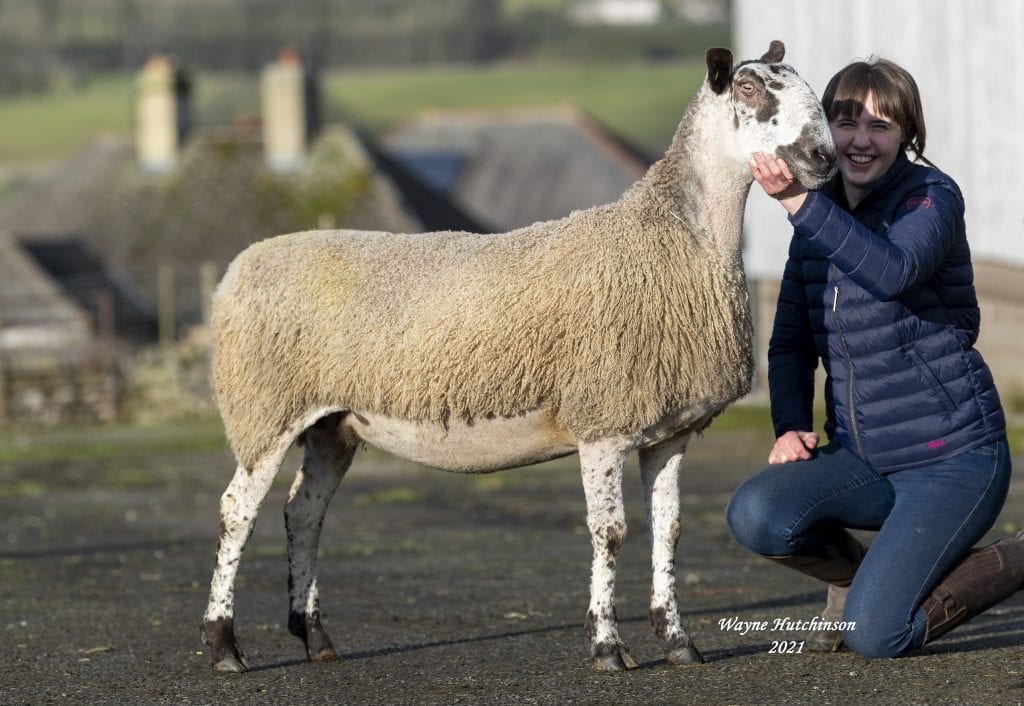