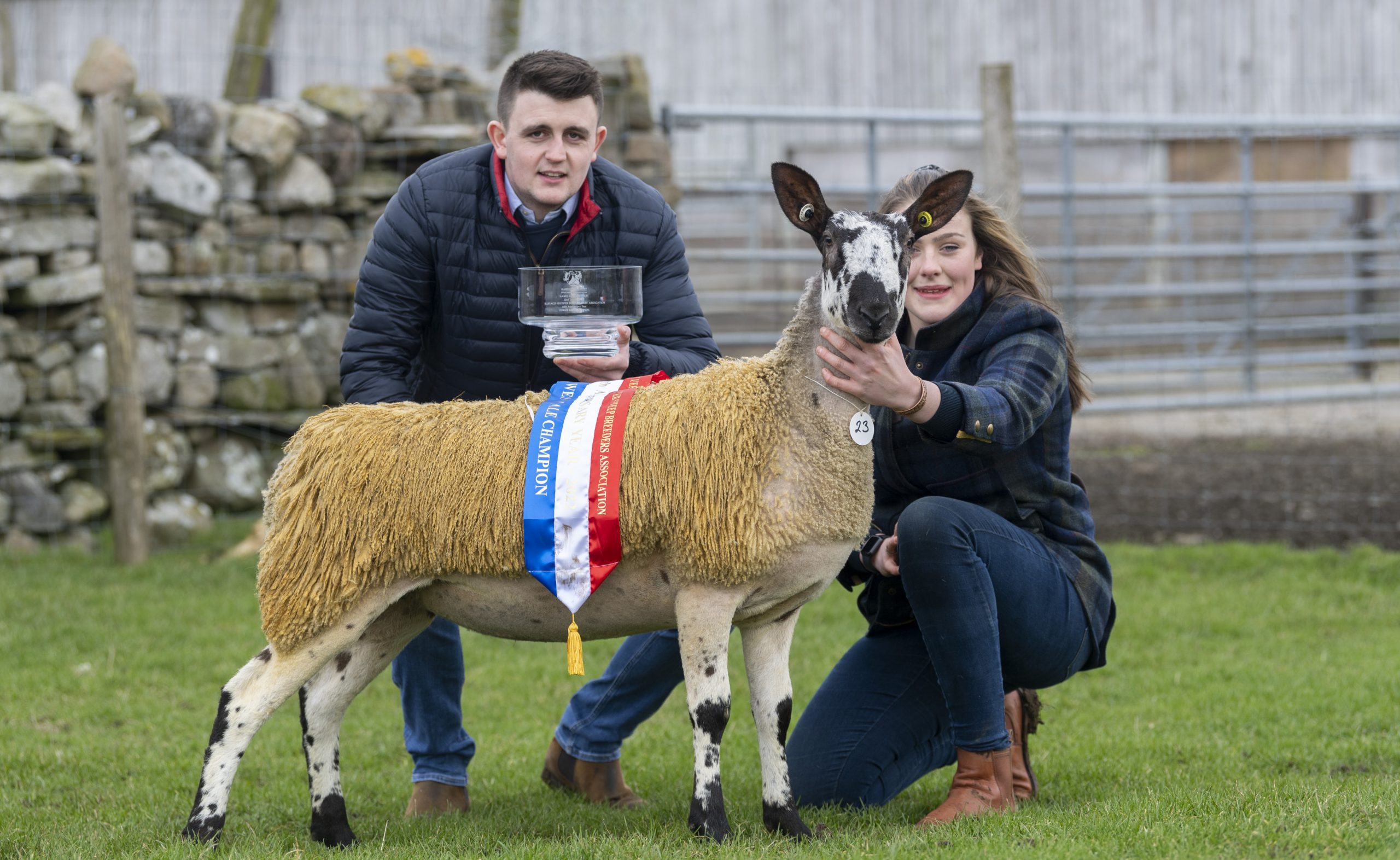 Hawes was the place to be as the Blue Faced Leicester female sale season rocks on. There was a great crowd of buyers and onlookers, with some great sheep forward. As always, the Hawes centre is all about the crossing bloodlines which are all important in this breed and it was the sheep with the best of the bloodlines taking centre stage.

Topping the trade was a gimmer hogg from the Midlock flock. This smart lamb was full of style and a great outlook with a dazzling white on her, making her the stand-out sheep on the day. Her bloodlines were tiptop too, by the M2 Asby Hall, a son of the £24,000 K1 Smearsett which has done so well at Asby Hall and out of a ewe by the K4 Marriforth. Sheep like her don’t come along to often and the bidding was sharp, with the Walkers from Brennand Farm putting in the last bid at £4500 to land her. The Midlock consignment also saw the top priced shearling, with a daughter of L1 Hundith catching the eye. Out of a ewe by the £34,000 Kirkby Redgate, this smart gimmer is from the most influential bloodlines in the Midlock flock at the moment, with its grandmother a full sister to the 3G group of G33,34 &35 which set the sales afire several years back, and still continue to have a big influence in the breed as a whole still. She was in lamb, carrying twins, to the homebred sire, Midlock Zeus, and sold for £3400 to JW Rees & son.

Topping the ewe trade was a cracking ewe from Robin Booth, Smearsett. This 4-year-old ewe is by the homebred J30 Smearsett and out of a ewe by the legendry Z4 Hundith and was carrying twins to P18 Smearsett which again in its bloodlines goes back to good old Z4. She was knocked down in a £4200 deal, selling to Ashley Caton, Otterburn Lodge. The Smearsett flock enjoyed a great trade throughout, with a gimmer shearling, by the old B13 Smearsett and out of a ewe by W2 Harland, more good old bloodlines. She was carrying twins by G11 Smearsett and sold for £3000 to local breeder, Stephen Thompson

The reserve Champion of the day went to local breeder, Tom Willoughby of the Penhill flock, and they were one of the first lots into the ring but help set the trade when their well-bred gimmer hogg went on to make £4000, selling to Graham Jackson, Bentham. This powerful hogg was by the homebred M3 Penhill, a full brother to the £8500 L1 Penhill, and served 150 swaledale ewes naturally this time, and out of a ewe by G4 Low Tipalt.

The Hewgill pen generally enjoy a great trade and it was no different at this sale, which saw them top at £3200, selling a very smart gimmer hogg by M39 Hewgill. This one was sold to Elsie Hutchinson, Kirkby Stephen, who is starting her own flock under the watchful eye of dad, Richard, from the Kirkby Redgate flock. The first hogg from the Hewgill flock, by the L7 Riddings, which has done so well in the flock, sold to JJ Forbes, Pitlochry, who was impressed enough from seeing her on videos on social media to fork out £2000 to secure her. The power of the internet!

The champion of the day, judged by Jamie Pirie, Blarnavaid, came from the Cottage flock. Shown expertly by Lana Bell, it caught the judges’ eye enough not only to put it to the top of the placings, but to dig into his pocket to take it home with him too. This smart, lively, lass was by the homebred M25 Cottage, which has been doing so well within the flock and out of a ewe by H9 Shitlington. She was knocked down for £1500. 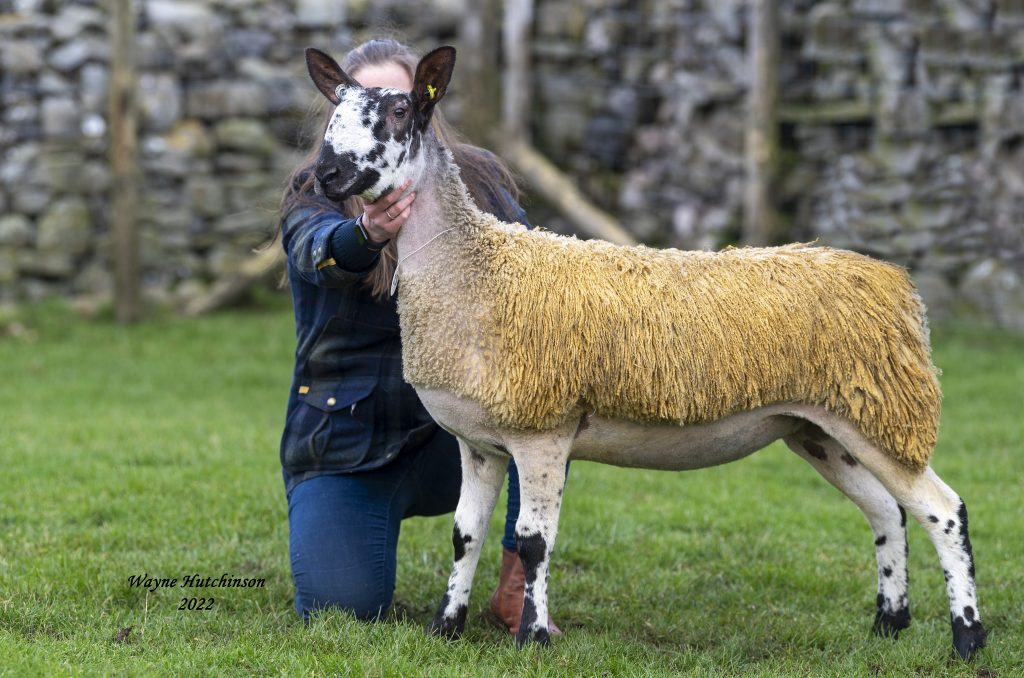 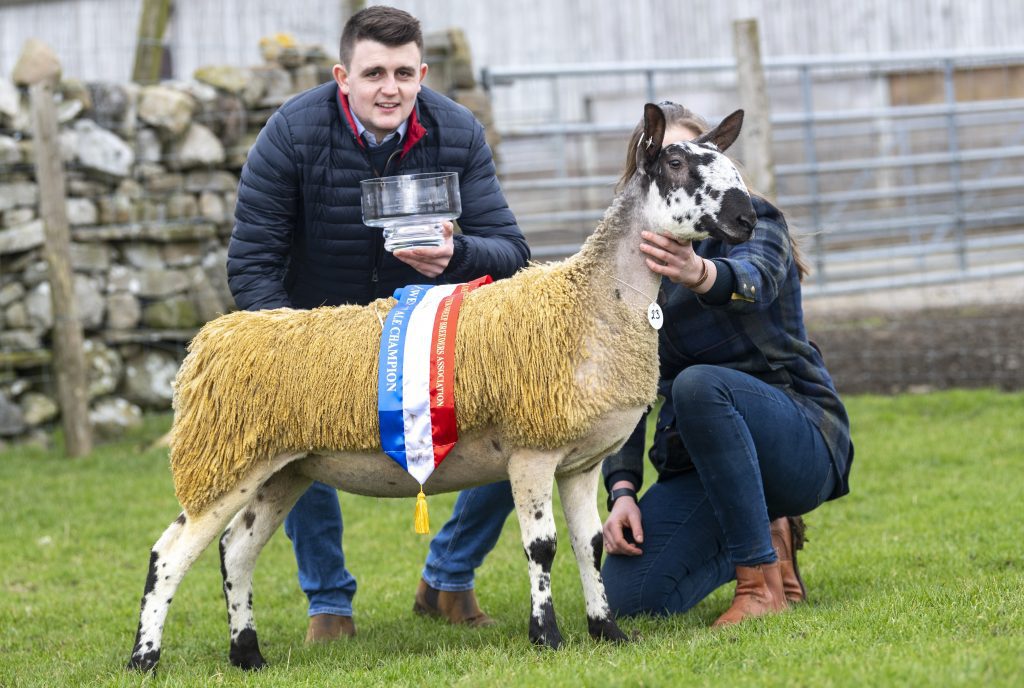 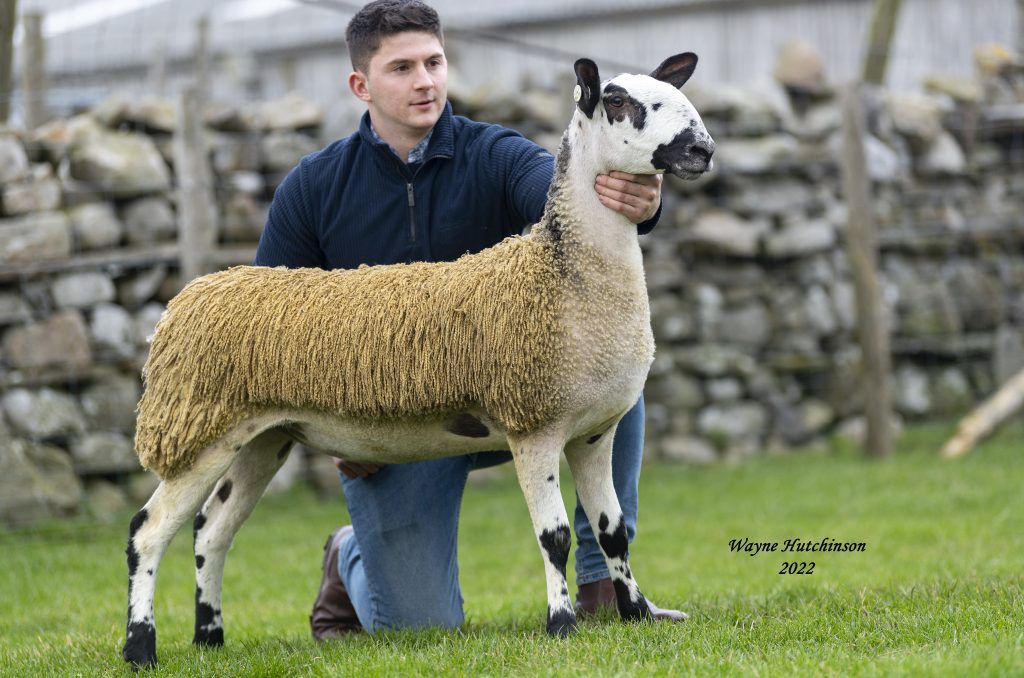 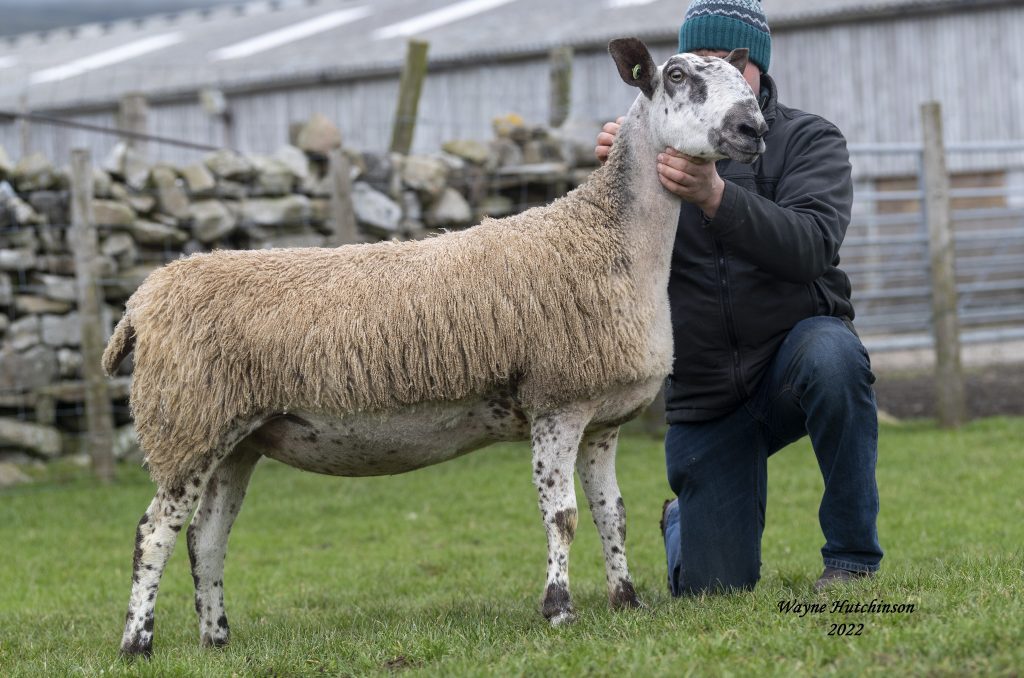 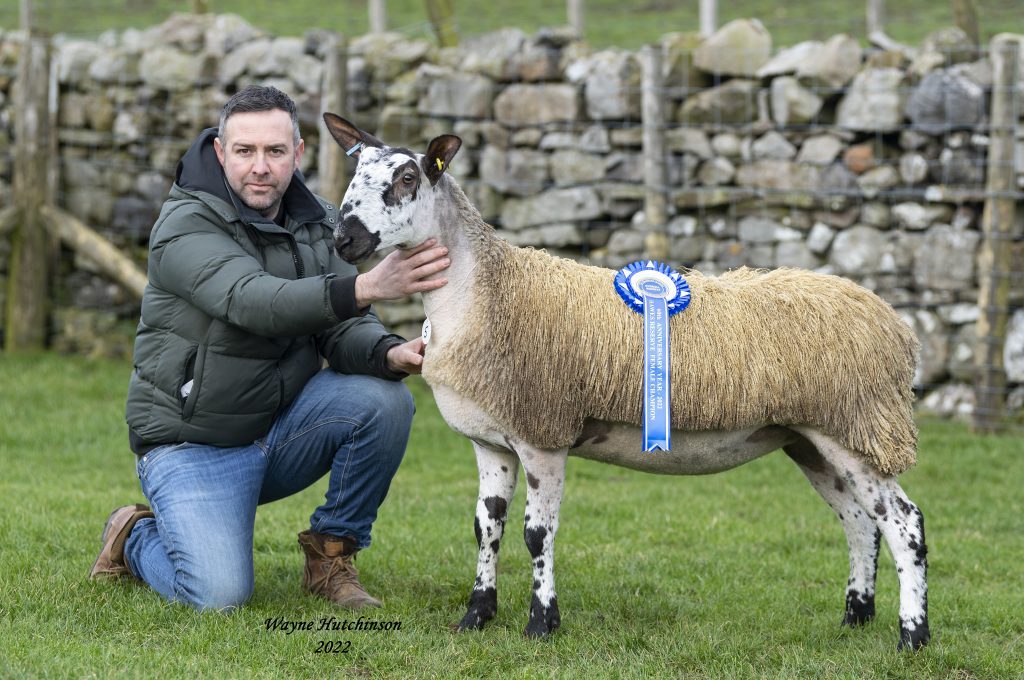 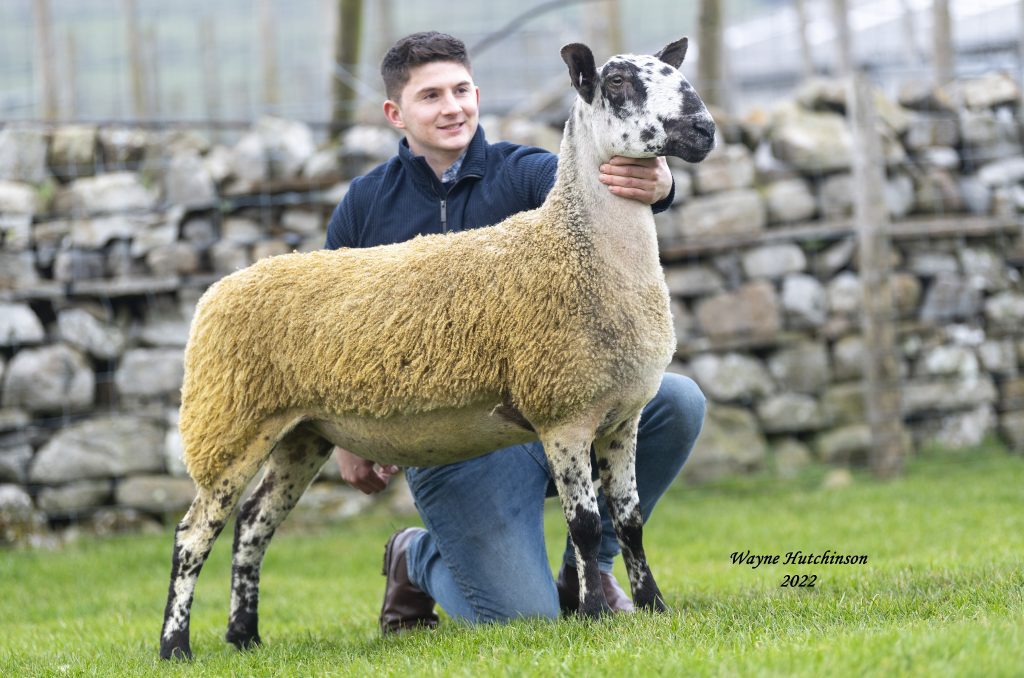 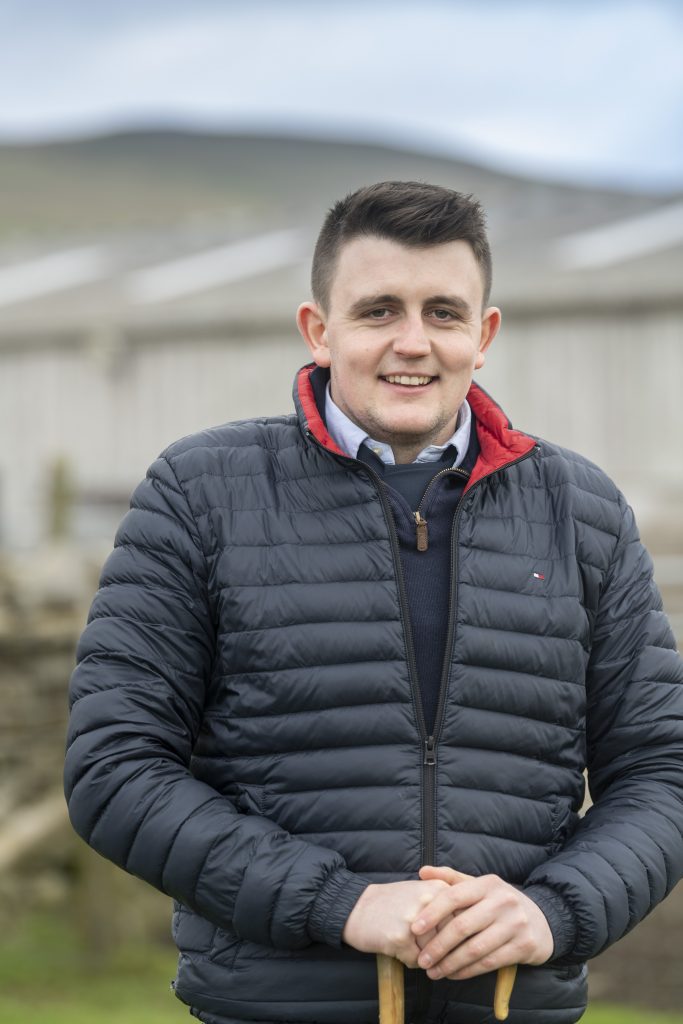 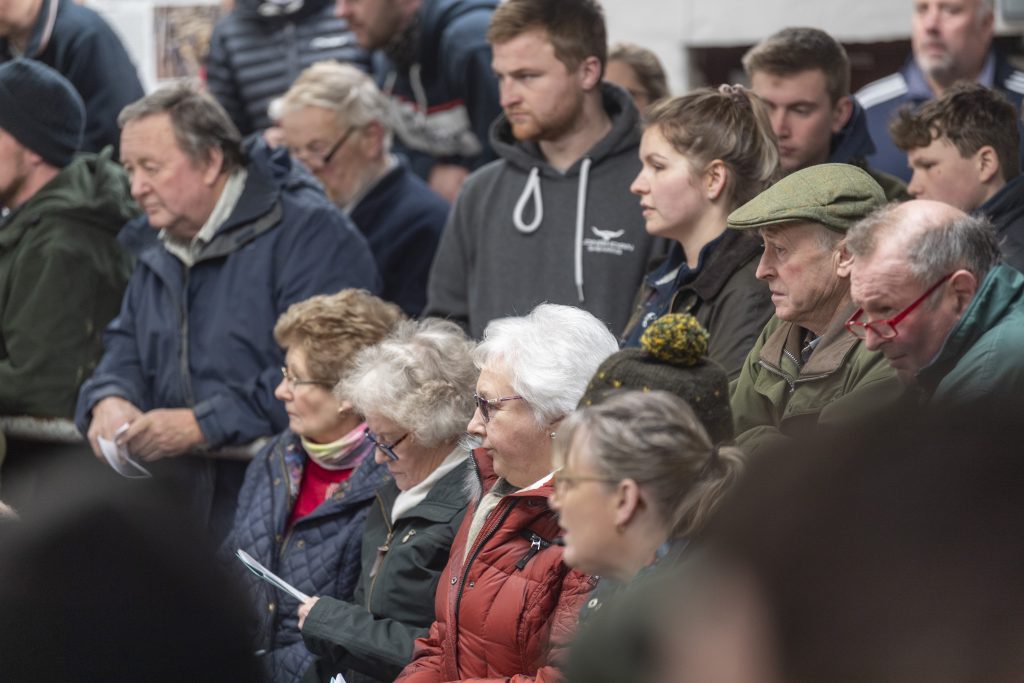 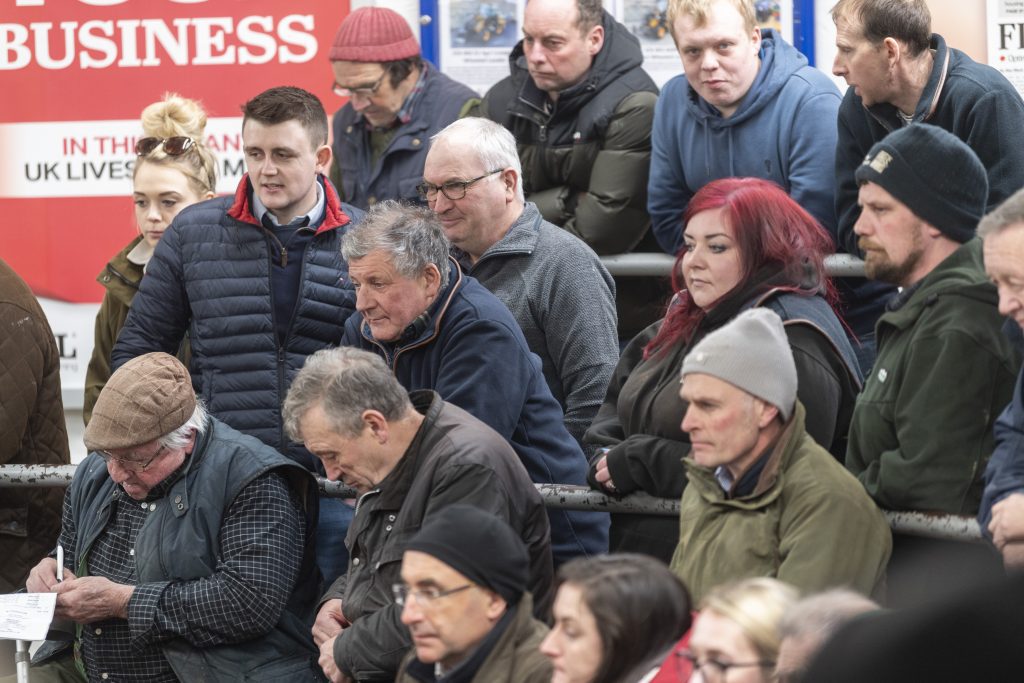 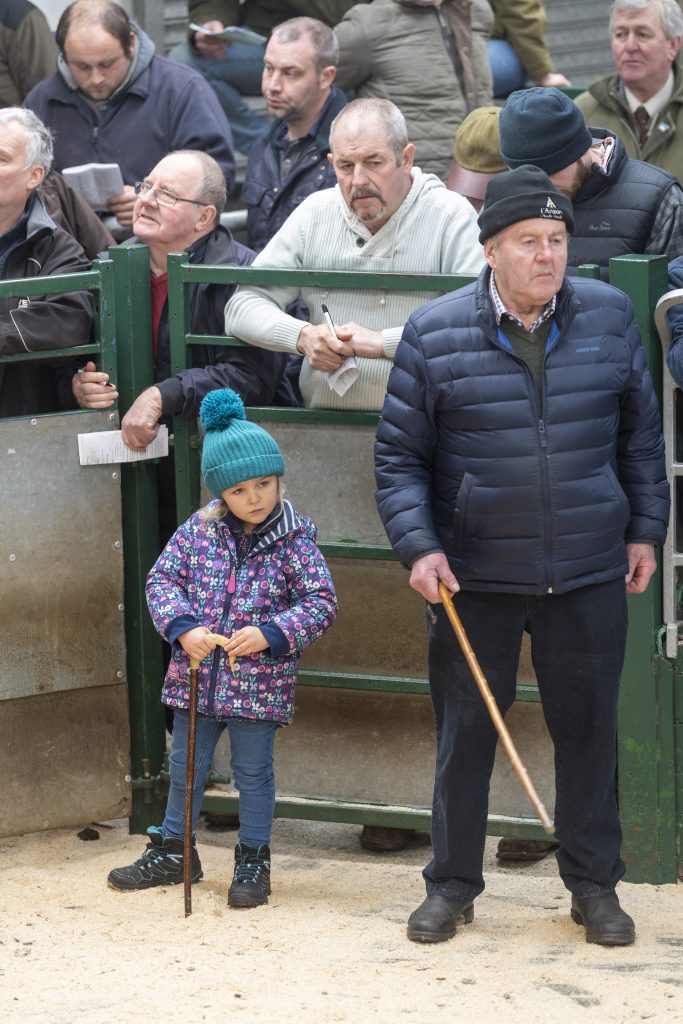 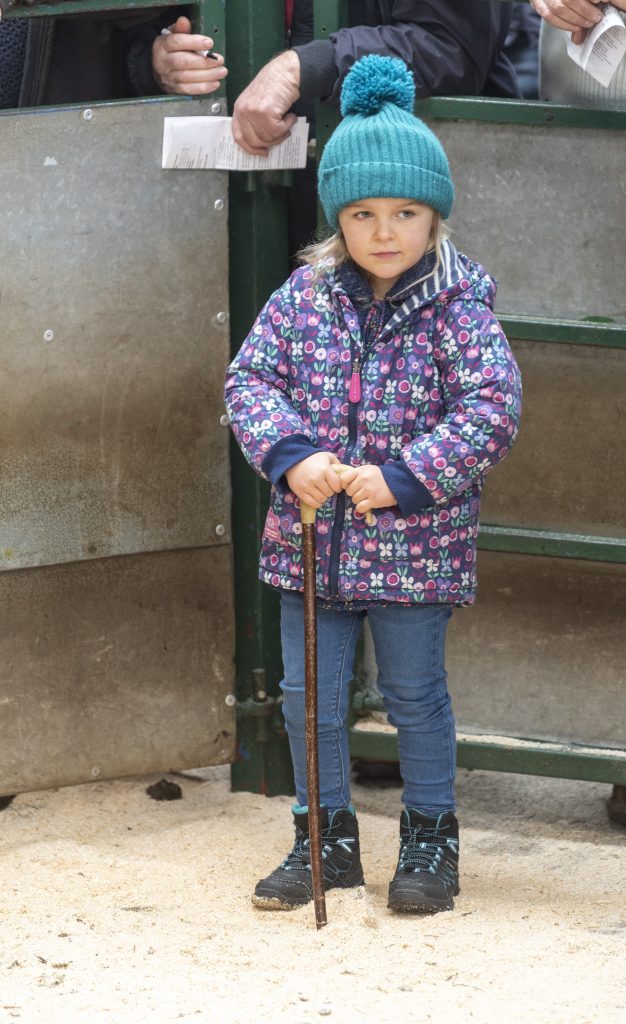 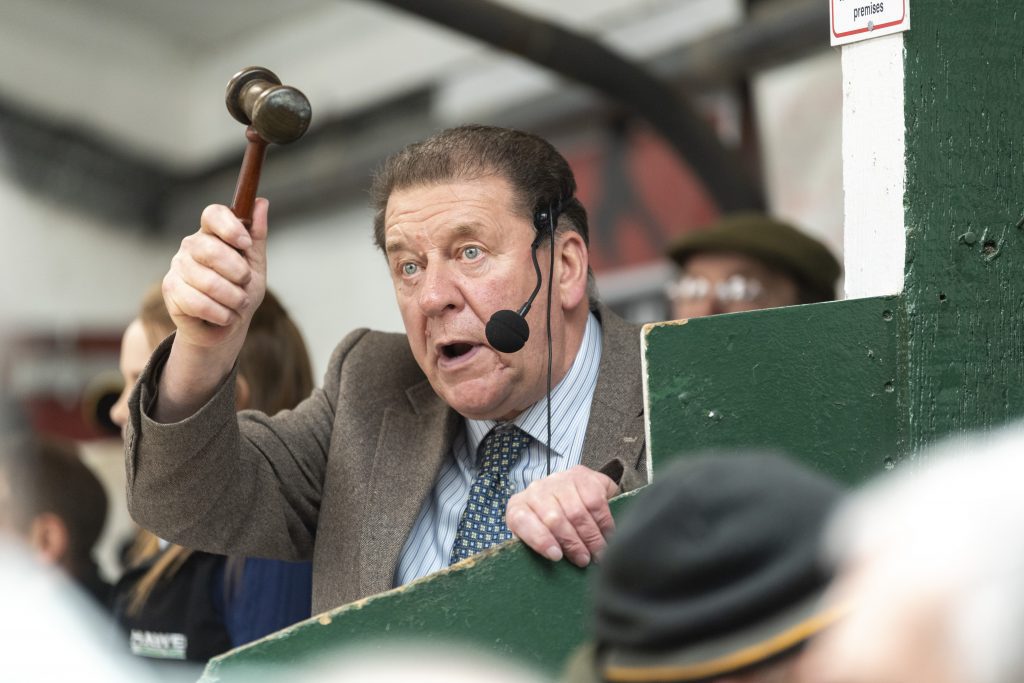 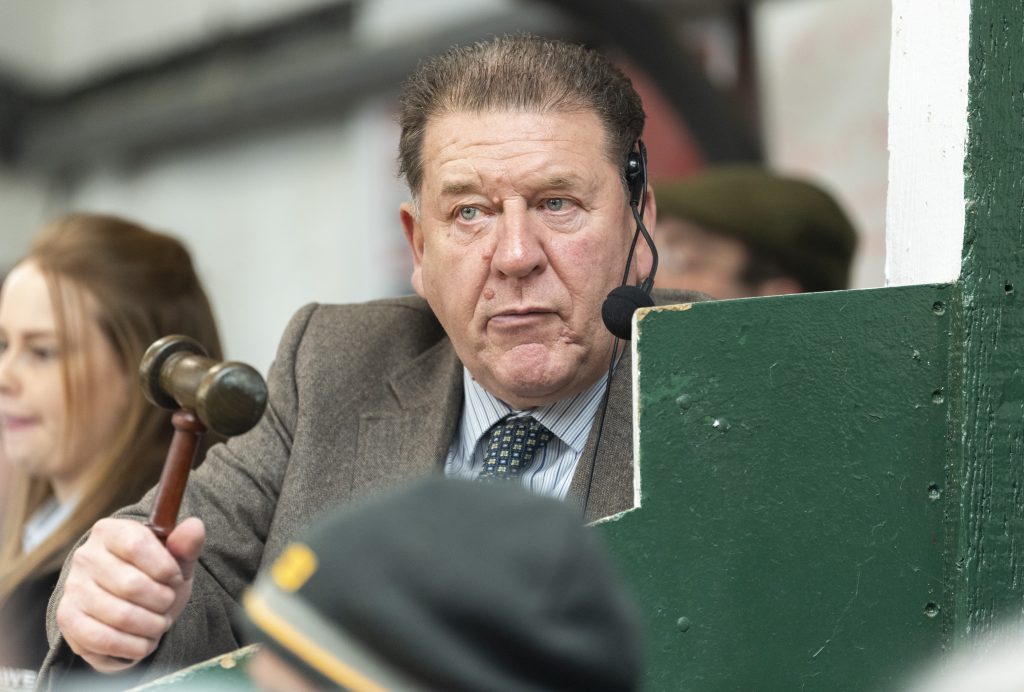 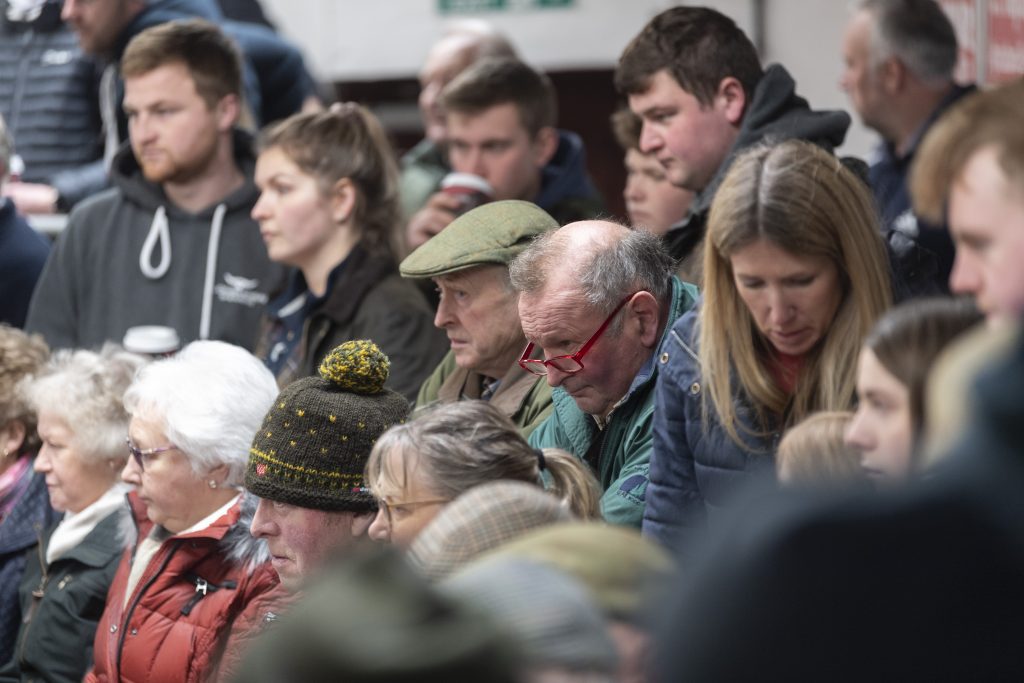 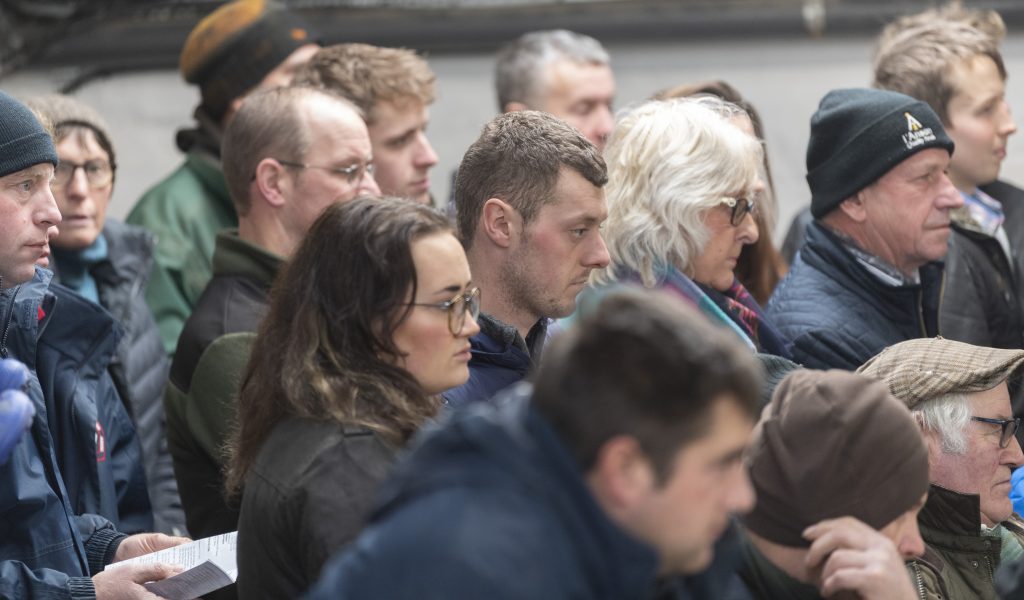 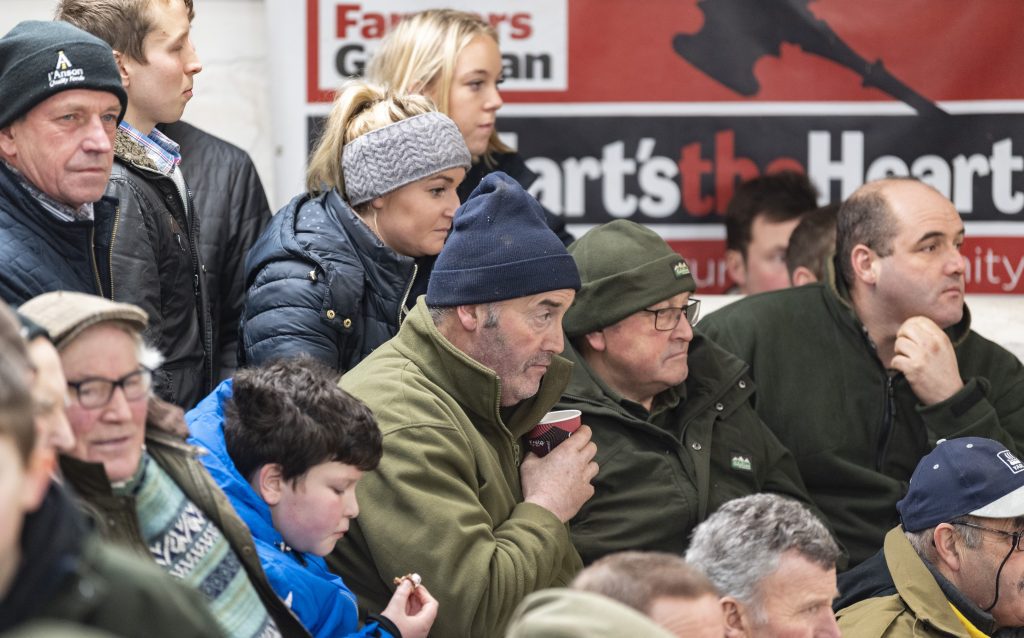 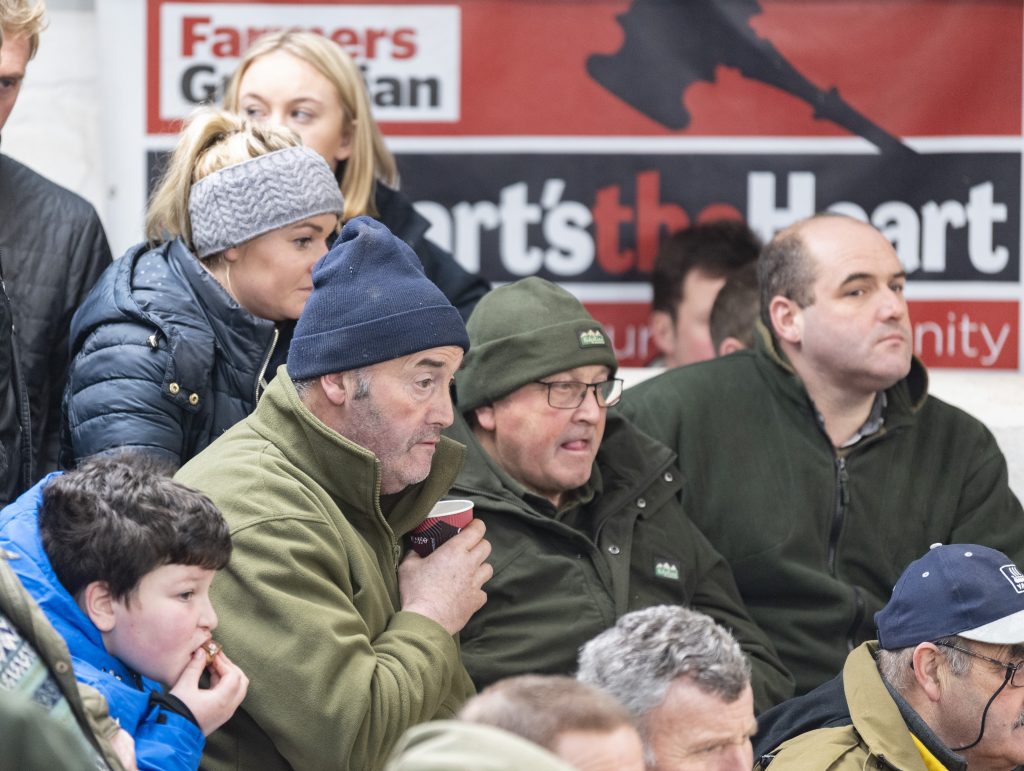 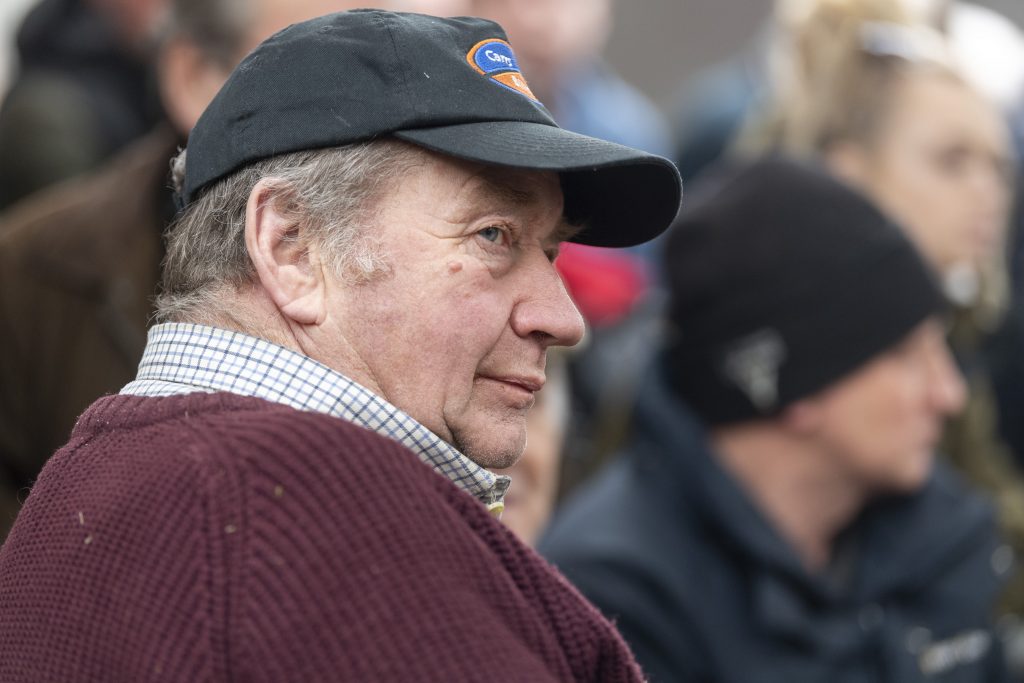 Back to Sale Reports