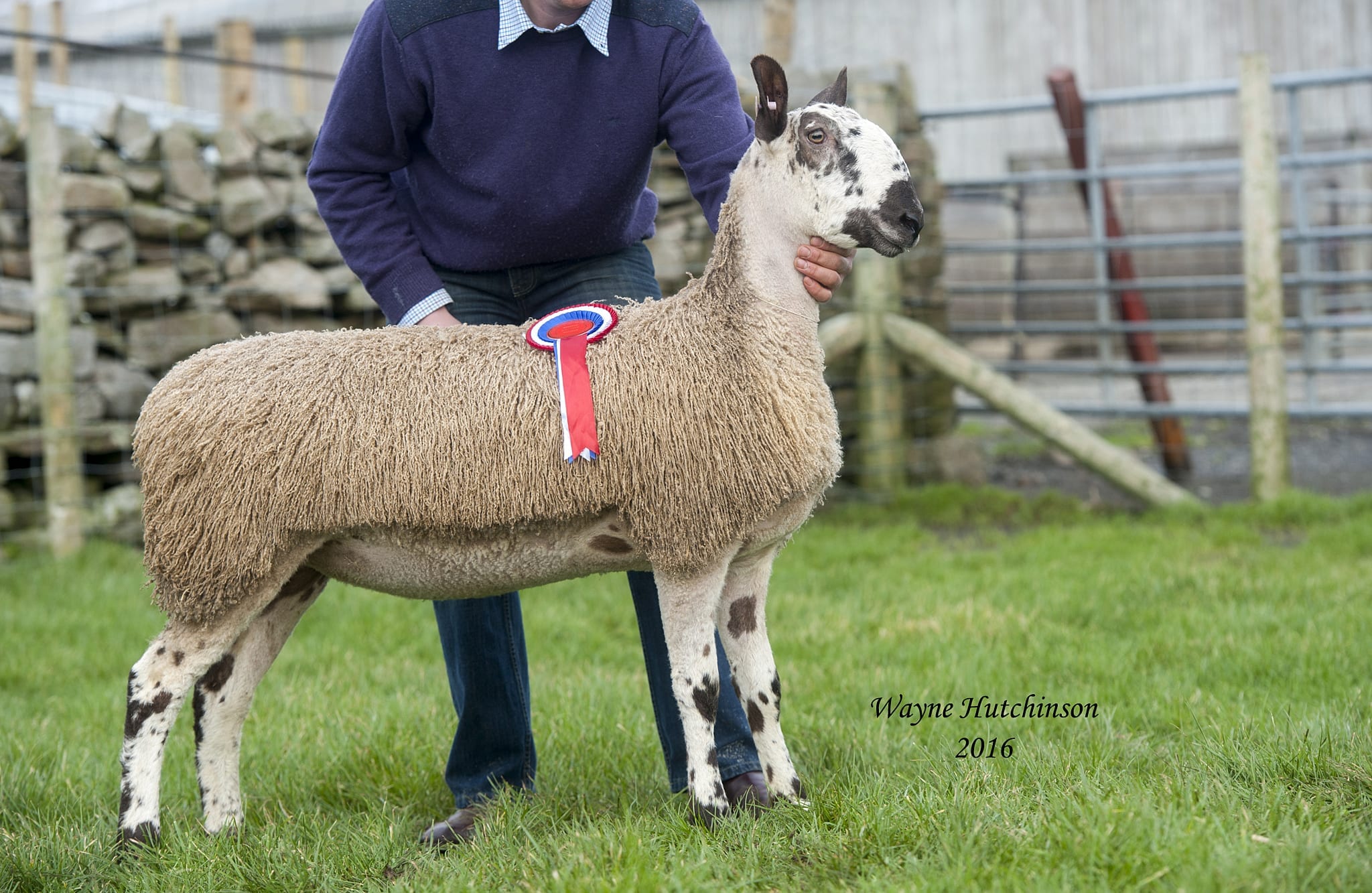 A total of 57 Bluefaced Leicester females were forward at Hawes which saw a buoyant trade, with trade up a very impressive £187 on the year, and giving some much needed New Year cheer to flock masters, many still waiting for the new single farm payments.

The highlight of the day was once again provided by the Hewgill flock, with a really smart gimmer hogg by the £8000 G23 Marriforth out of the full sister to E1 Hewgill sold to Midlock for £11,000, by the homebred B41 Hewgill, which has done well for the flock over the past few years, both in the Mules and the purebred flock. The eventual buyer was Alison Bastion of the Rowandale flock, shelling out £5600 for this powerful lamb. Its stable mate, H72 Hewgill was strongly bid too. The same way bred, this one’s grandmother was full sister to the Z14 Hewgill, and sold for £2400 to M McKenna, Co. Derry.

The Champion of the day and out of a very strong class was from the Smearsett flock from Robin Booth. This gimmer hogg was by the G2 Mereoak which they bought at Hawes two years ago for a snip at £1600, and is proving to be a very shrewd buy. She is out of a well-bred ewe, full sister to the E1 Smearsett sold to M/s Fairburn for £12,000 a couple of years ago, by the D15 Smearsett, and full of Lunesdale breeding. The buyer was C Davies Ltd from Redditch, who are starting a new flock, and looking for some of the best bloodlines available. They forked out £4300 to secure the Champion. The Smearsett flock also took the first prize in the gimmer shearling section, with a gimmer by the D15 Smearsett out of a ewe by V33 Lunesdale, carrying a single to G11 Smearsett Ted and sold for £2000 to W M & J E Shuttleworth, Barbon. Another of their gimmer shearlings, again by D17 Smearsett, out of a ewe by Z4 Hundith, carrying triplets to G23 Smearsett sold for £2500 to C Pye, Abbeystead, Emmets flock.

Carole Wood had a good day, taking a top price of £1900 for a gimmer shearling by X1 Kirkby Redgate out of an old ewe by V33 Lunesdale, and in lamb to D15 Smearsett selling over to M/s Wallace.

Travelling all the way down from Lanarkshire for Allan Wight, Midlock, proved a worthwhile trip, selling three gimmer shearlings, all carrying a single lamb. All three sold for £1800, setting a canny average for the pen.

The Reserve Champion of the day was the second prize gimmer lamb, brought out by George Shields from the up and coming Skeughdale flock, based near Ravenstonedale, near Kirkby Stephen. This modern, stylish lamb was the last consignment of the day. By the homebred G18 Skeughdale, and out of a good breeding ewe by A3 Hewgill, the same way bred as the £14,000 tup lamb they sold last autumn. The buyer for this was A Murray & Son, Northumberland.