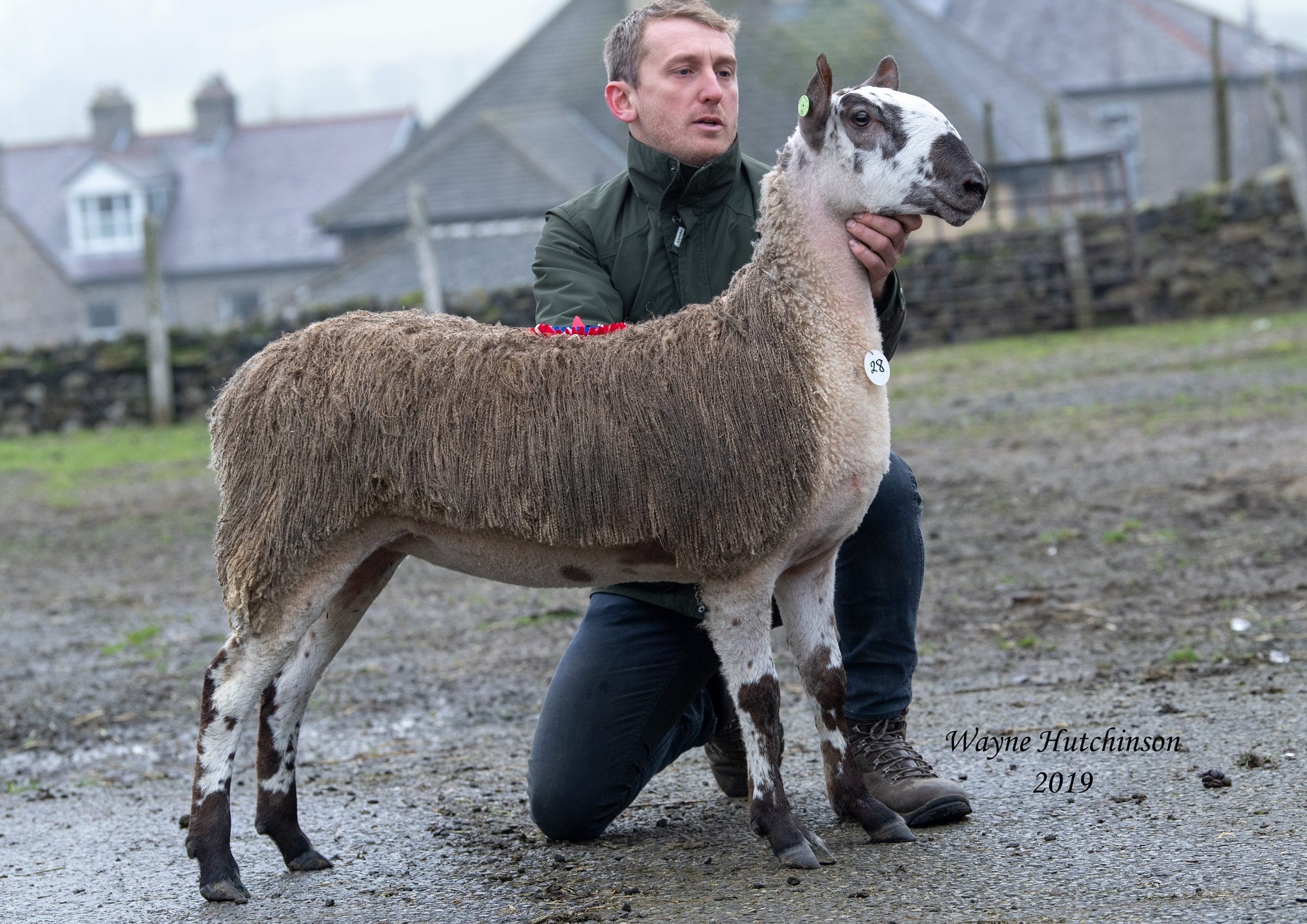 On a cold raw day, typical of a Hawes female sale, a strong crowd gathered at this market town and saw a strong trade for some great females. Averages were back a bit, but that was mainly due to the underlying trade following on from last year’s gimmer lambs sales, and the flying trade last year which saw averages jump a massive £300 in the gimmer shearlings.

Topping the day’s trade was strong gimmer hogg from the Hewgill flock, which stood 2nd in the pre-sale show. She is full of homebred bloodlines, by the H45 Hewgill and out of a ewe by E47 Hewgill and full sister to the tup they sold for £10,000 at Hawes last year. It was sold to D McElhennon, Co Derry.

The Midlock consignment again drew in the crowds and their pen leader was a cracking gimmer shearling by J6 Hewgill. It is the full sister to K21 Midlock sold back in 2017 and is carrying triplets to the L1 Hundith, a son of K8 Shafthill bought last year. It sold to Northern Ireland too, with P G Mullan, Swatragh, Co Derry taking home the pick of pen.

Taking the Reserve Champion ticket was Robin Booth from the Smearsett flock with a ewe which is full sister to E1 Smearsett, which sold to Marriforth, by H3 Riddings and carrying a single to the Ted tup which is doing so well for the flock. They retained a tup lamb out of her last year to use for themselves, which helped her trade and saw the hammer fall at £2400 for her, selling to Meg Hallam, High Birkwith. The flock had a canny trade throughout, seeing a shearling by J2 Midlock carrying triplets to D15 Smearsett hit £2400 selling to Ashley Caton and a gimmer hogg, again by the Midlock and out of a Highberries Highlander ewe reach £2200, selling to Phillip Teasdale.

Ashley Caton, Otterburn Lodge, picked up 2nd prize in the gimmer shearling class, which later sold in a £2000 deal to David & James Lawson, Gragareth. This classy gimmer was by the homebred J12 Otterburn Lodge and carrying twins to J1 Smearsett. 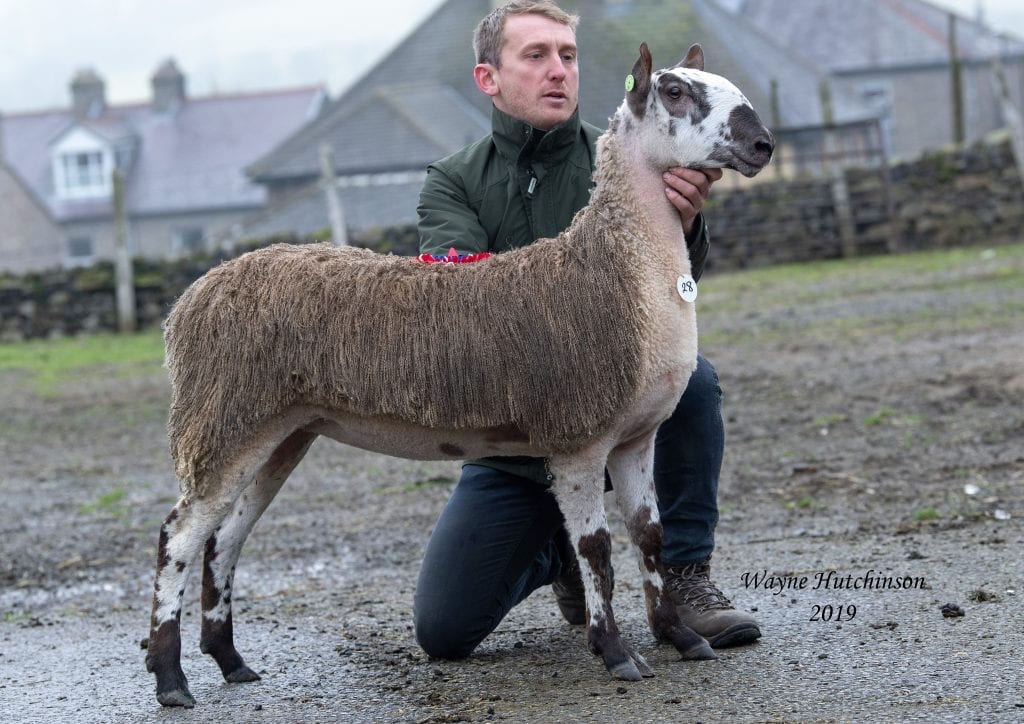 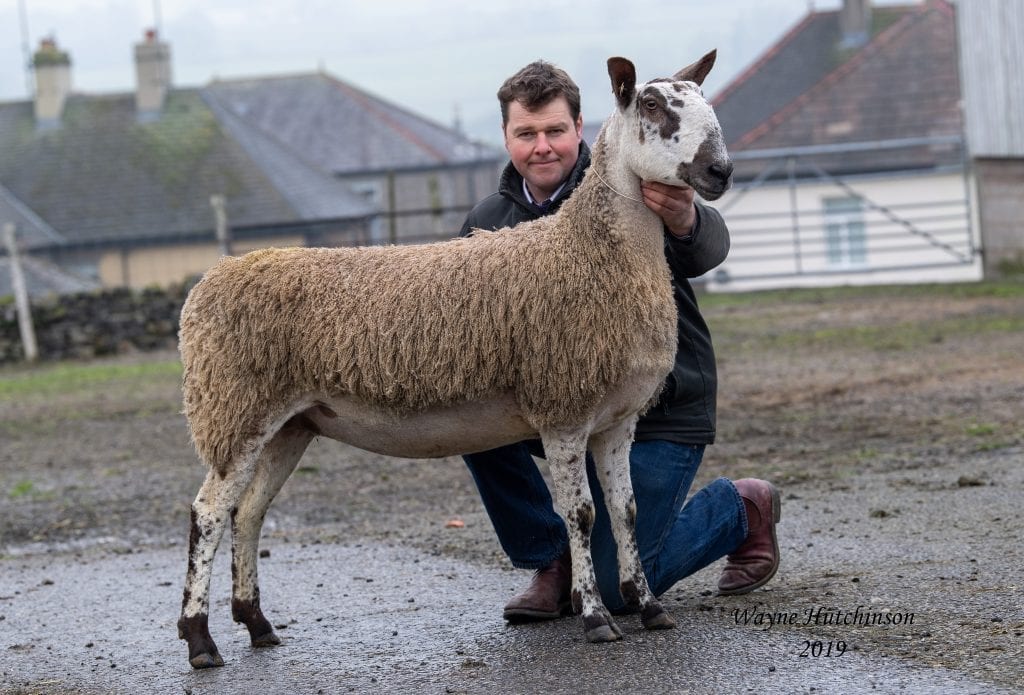 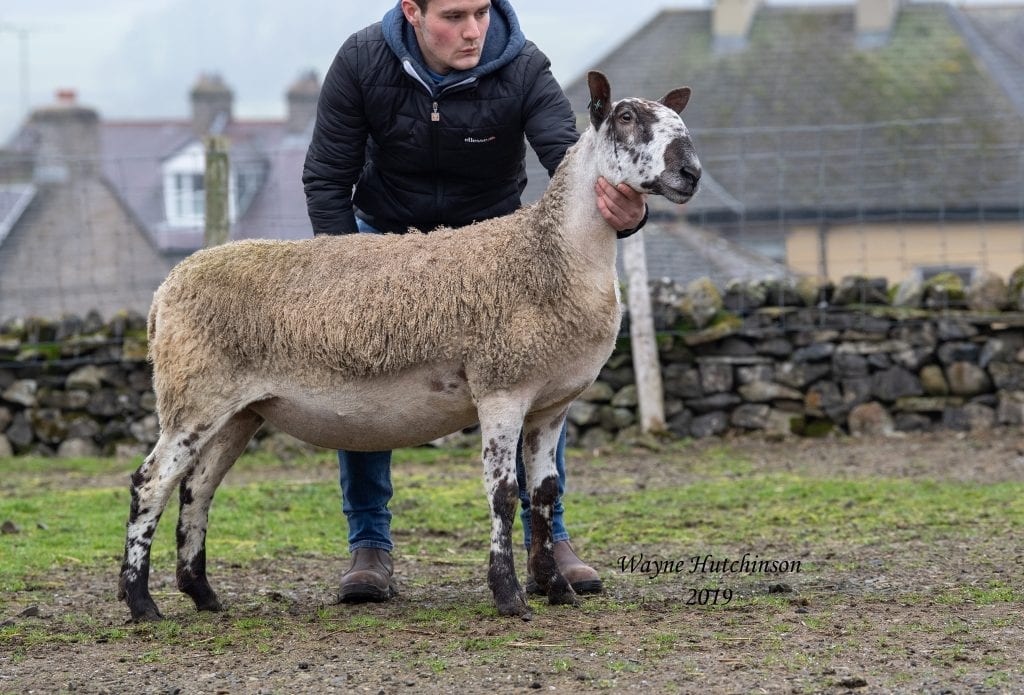 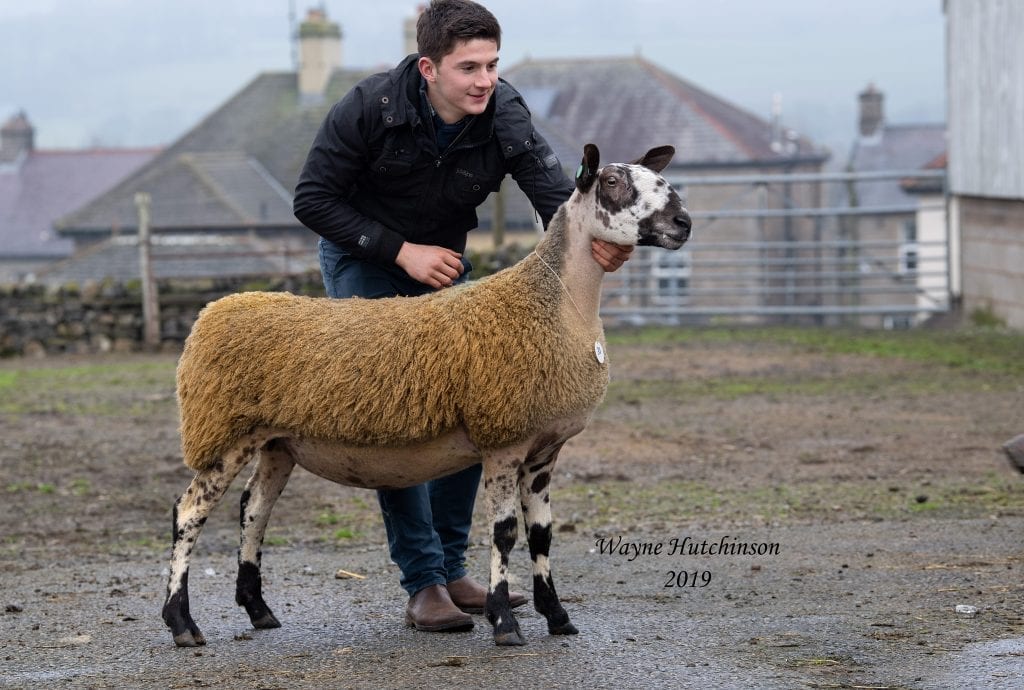 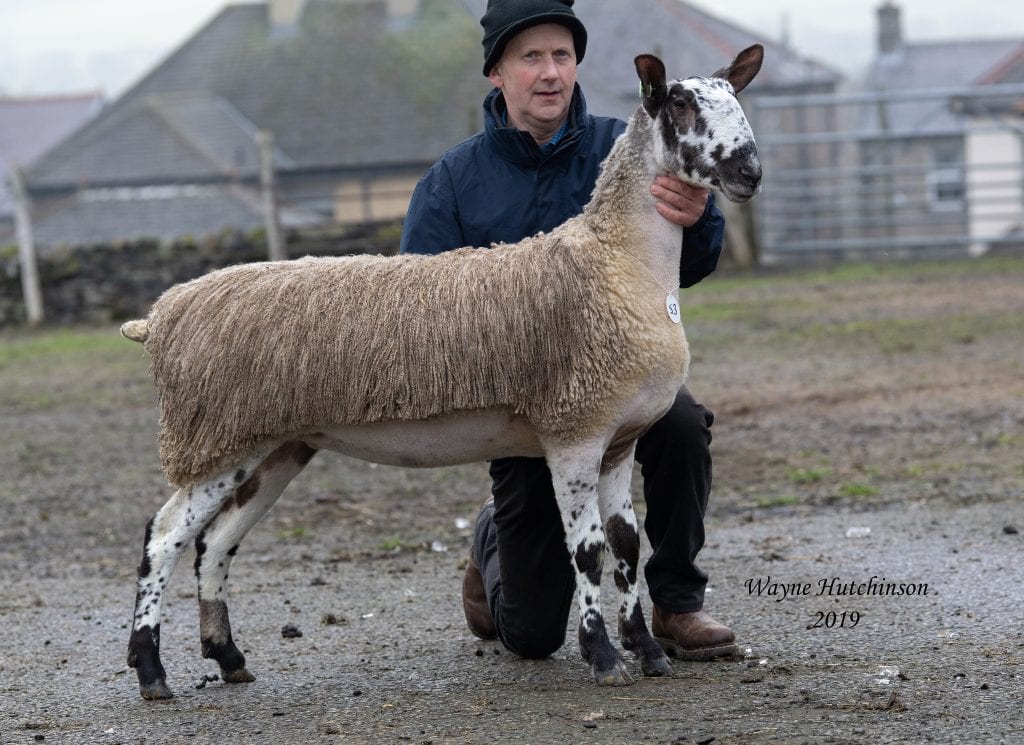