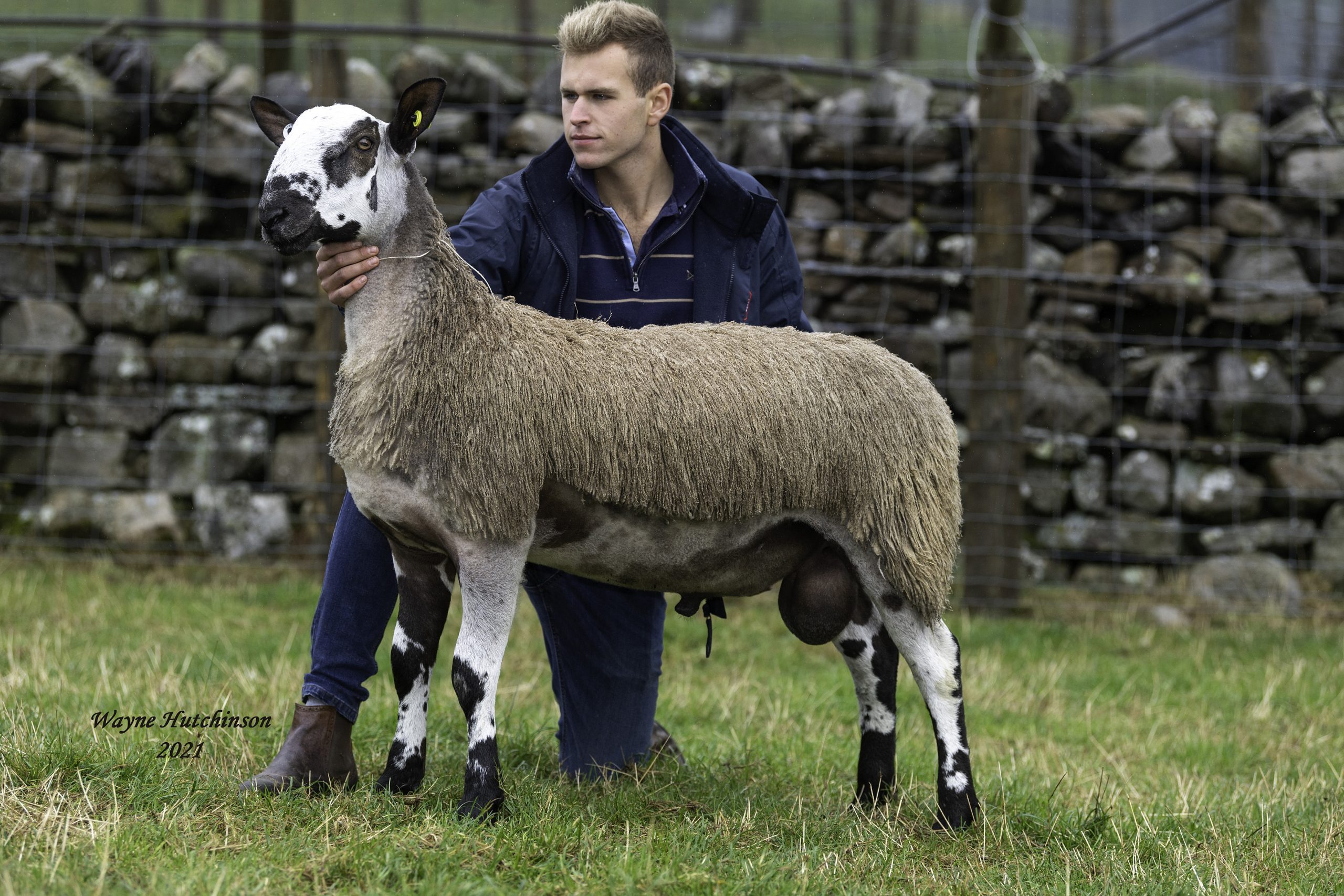 Once again, all roads led to Hawes, the annual jamboree in the Bluefaced Leicester sales calendar which is a must see for any sheep breeder, regardless of whether they even breed Leicester’s or not. There is always a buzz at this sale which makes it one of the best sales in the country to attend, as flock-masters from all over the UK descend on the small market town in the middle of the Yorkshire Dales for the longest sale of them all, traditionally it used to stretch into the early hours of the morning. This year it was a mere 13.5 hours long, finishing at around 10.30pm after kicking off promptly at 9am. Averages soared as the demand for mule gimmers surged at this autumn sales, with the ram lambs up some £132 to £2338 for 491 sold, after a total of 16 tups hit 5 figures, with an astonishing 43 making above £5000, and saw the record price smashed twice within the sale.

The show started at 7.15am and the days champion, judged by Billy Kerr, Sauchrie Mains and Gareth Roberts, Myfyrian X, oversaw proceedings, and the champion they picked was the star of the day, as the tup lamb from the Riddings flock went on to top the days trade later in the day. The champion really was something special, and had been since the day he was born according to Geoffrey and Val Porter. He was a triplet out of a great 8-year-old ewe by E1 Swathburn, but his power and presence shown through right away, even as a young lamb, and it certainly showed it in the ring too, striding into the packed sale ring, the original “Theatre of Dreams”. The bidding for this monster of a lamb, sired by the £14,000 Skeughdale bought last year, started at £5000 and rattled away, pausing slightly around £40,000, the previous record, set just a few hours earlier, then, like riding on the cusp of a wave, rolled on, with Raymond Lund, auctioneer extraordinaire in charge of the proceedings, knocking the hammer down at an astonishing £65,000, with the ringside audience breaking into applause as the dust settled on an extraordinary few minutes. Taking home this cracker of a tup in a four-way split were Scottish Raider, Messrs Thornborrow, Dawyck, Amy Campbell, Glenrath, Colin Campbell, Happrew and Obie Sharp, Newbigging Walls.  Bet the judges were glad they placed him to the top of the line! The Porters second tup into the ring was placed 4th in the pre-sale show and he hadn’t missed the attention of the buyers either. This boy was tall and full of character, again he was by the Skeughdale, who is beginning to look like a very shrewd buy, and out of a homebred ewe by the noted Carry House Jackpot. Midlock and Finlay Robertson from the Beeches flock landed this great tup, shelling out £23,000 for the privilege. By the end of their run of lambs the Riddings flock, shown by Geoffrey and Val along with Will and Marion and watched over proudly by parents James and Margaret from the ringside, had levelled at £6155 for 18 lambs.

Early in the sale the renowned Midlock flock had set a very high bar with a pen of lambs which had everyone drooling. Full of power and style with great skins and mouths, they were one of the best pens of lambs offered by this legendry flock. Demand for them was assured and the first one in the ring set the tone of the run of lambs. The first was by M1 Riddings, a son of the Carry House Jackpot and proving a great breeder with both the mules and the pures, siring up to £25,000 last year, and out of one of the flock’s best ewes by the homebred L27. He stormed up through the thousands at a fair pace and past the record price with Raymond not hesitating to lift the bids quickly before asking “is that was right?” What was right was the price, with the gavel dropping at £40,000, a breed record, well for a few hours anyway! A team of four northern England buyers were the final bidders with Jack Buckle, Shaun Procter, Pedleys from Yore House and the Pye’s from Abbeystead digging deep into their pockets. Later from the same pen Neil Laing and J Warnock, Dreva, clubbed together to land a son of the £30,000 Marriforth bought out of Hawes last year, forking out £13,000 for him and helping the Midlock pen to level at a massive £8216 for 12 lambs.

Martyn Archer from the noted Carry House enjoyed a great start to the day, picking up second prize and reserve overall Champion with his pen leader, P1 Carry House, a son of the homebred Flash, which is doing a great job, with 5 lambs in his champion pen at Hexham which made £340. He is out of an ET sister to the £10,000 Farden Popeye. Martyn’s lamb is a massive lump of a tup combining power with style and breeding takes some doing but this boy had it all. He was bid to £28,000, a new top price for Martyn, selling very late in the day to Graham & Julie Loughery, Temain and Ian Montgomery, Mistyburn, with Martyn retaining an equal share. His full brother went on to sell for £8000 to Sealhouses.

A brace of tups hit £16,000, the first was from the Hewgill flock, who were in earlyish on, with a son of the L7 Riddings that they bought out of Kirkby Stephen a few years back, again this was by the Carry House Jackpot, which seems to be in the breeding of most of the top bloodlines at the moment and out of a ewe by the E1 Hewgill which is being used so successfully at Midlock. He was bought in a four-way split with Messrs Thornborrow, Dawyck, Robert Wallace, Macherquhat, R Shennan, Farden and Highland Livestock, Ben Nevis each chipping in an equal share. Hewgill sold 10 lambs to average £4430. The other to hit £16,000 came from the Dawyk pen, late in the day, where they enjoyed a great trade, selling 8 lambs to average a stonking £6900, helping to repay the investment they made on new tups on the day. Their pen topper was their 4th tup in, Dawyck P4, a son of the £23,000 Giants Causeway, a son of Popeye, bought out of Northern Ireland last autumn, and out of a ewe by L1 Riddings. He was bought by Gavin White and James Middleton, who had picked on him earlier in the day, and held their nerve to capture their number one target, despite chasing the Riddings second tup, pushing Midlock all the way. Dawyck also saw two other tups hit five figures, both sons of the £30,000 M1 Hewgill. The first was their pen leader, selling for £11,000 to Alec Brown, Macqueston and J Park, Dalpeddar. They then racked up another £15,000 as their 6th lamb into the ring sold for £15,000, selling over the water to Timothy Wray, Alistair Christie, William Adams, and Brendan Blaney.

Neil Marston, Millstone Moor, enjoyed a great comeback to Hawes after an absence of a few years. His pen was a hive of activity as buyers flocked to his pen, with the quality of his mule gimmers at the autumn sales catching the punters eyes, and the pure crossing bloodlines, many generations deep, were a massive attraction. His pen leader was by the homebred Highberries M1 who sired 9 lambs in his top 30 prize winning mule gimmers this autumn and his mother is by the Z4 Hundith which has been a mainstay behind a lot of the crossing bloodlines for the past decade. She was also the dam to the £8000 gimmer lamb he sold in the spring at Carlisle. He sold for £15,000 selling to Richard Hargreaves, Barley, who himself enjoyed a great trade, selling 2 sons of Asby N3 for 5 figures. The Highberries average was further boosted when their second lamb sold for £12,000 to Jamie Pirie, who himself enjoyed a great trade selling tups for £14,000 and £12,000. This one was by another homebred tup, Golden Boy, and again going back to the Z4 Bloodlines. The Highberries pen levelled out at £3693 for 15.

Buyers were looking for good, strong well grown tups which would improve their sheep. Bloodlines were an important point as buyers continued to look for sheep that will cross well and keep producing top quality mule lambs, which is the backbone of the national flock, making up a bigger percentage of the national flock than ever before. 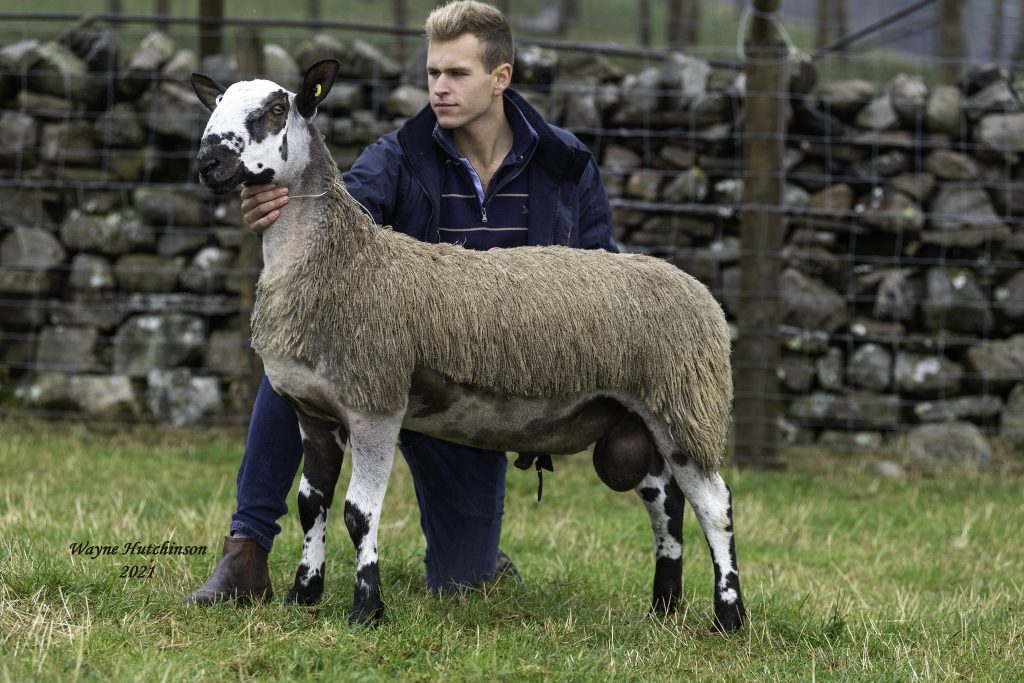 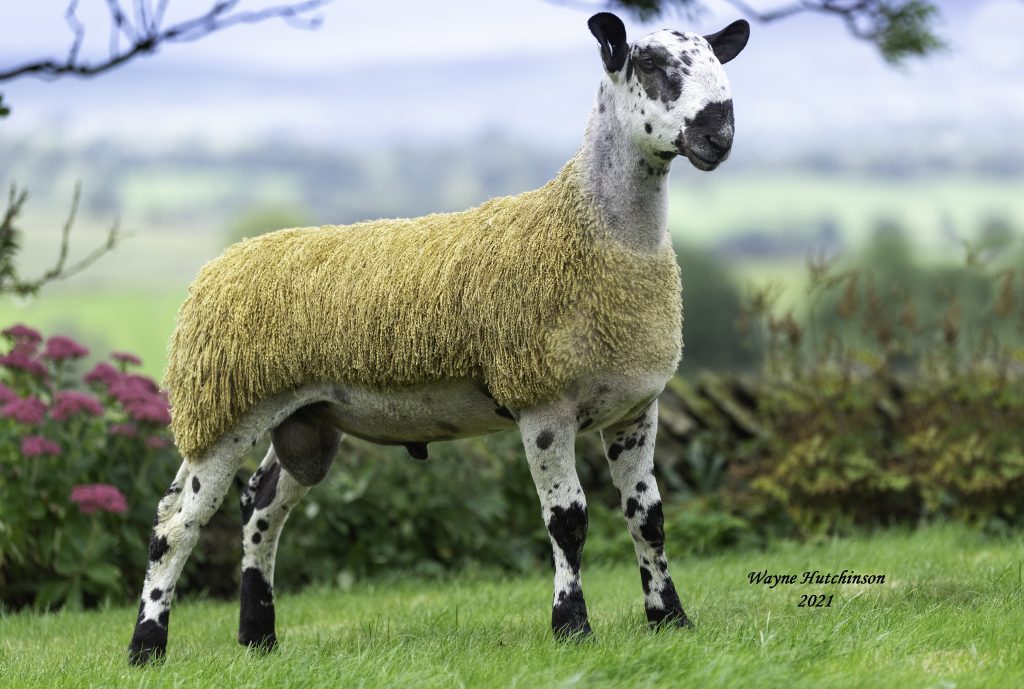 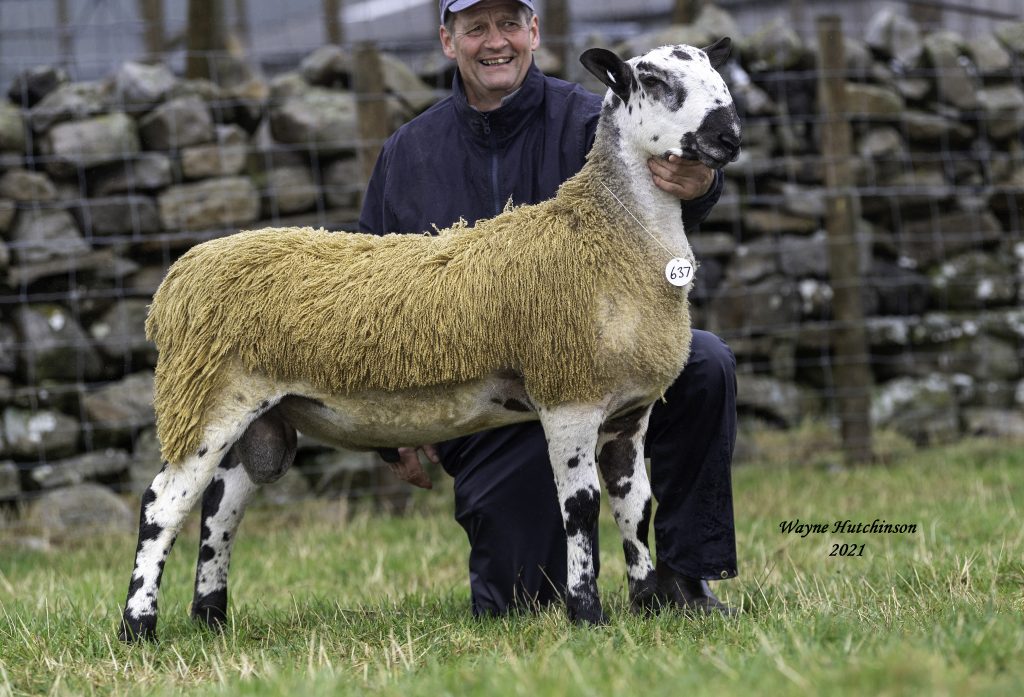 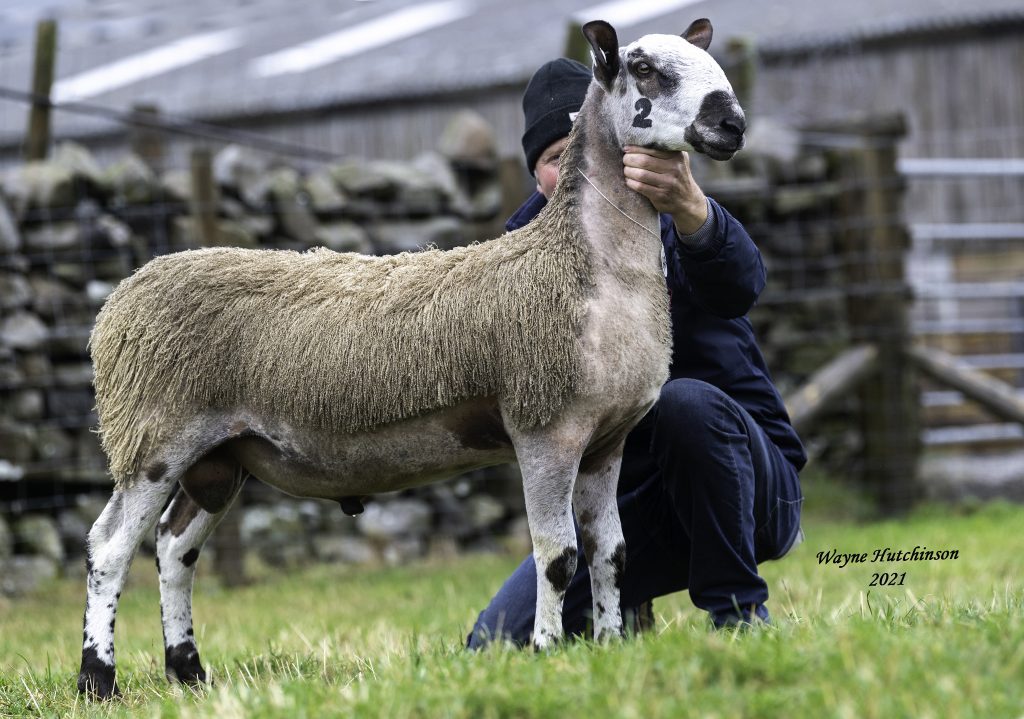 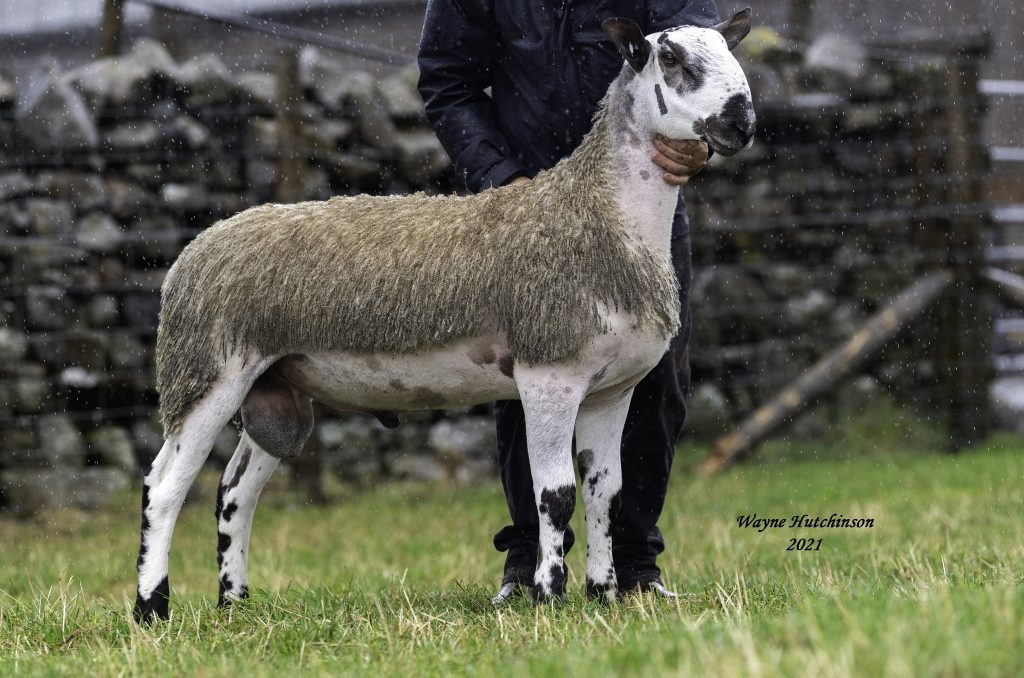 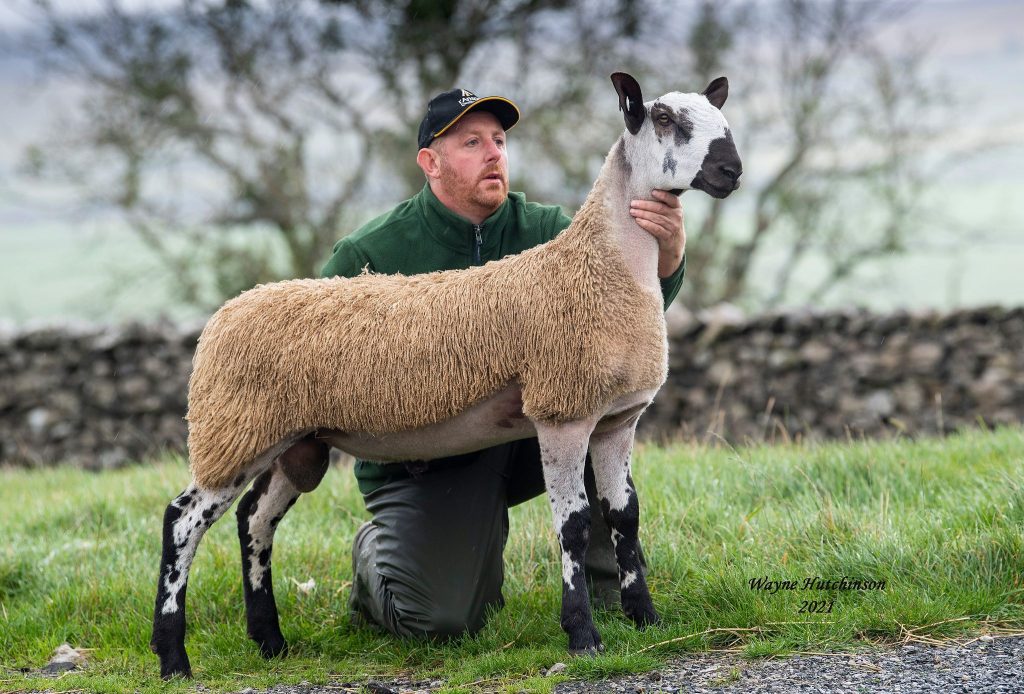 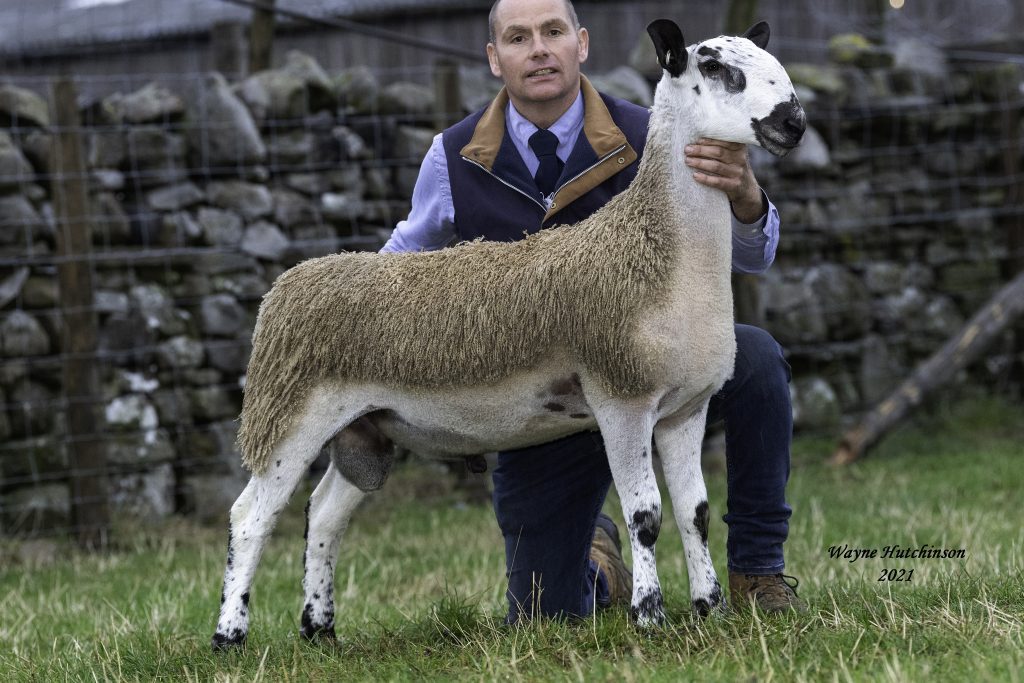 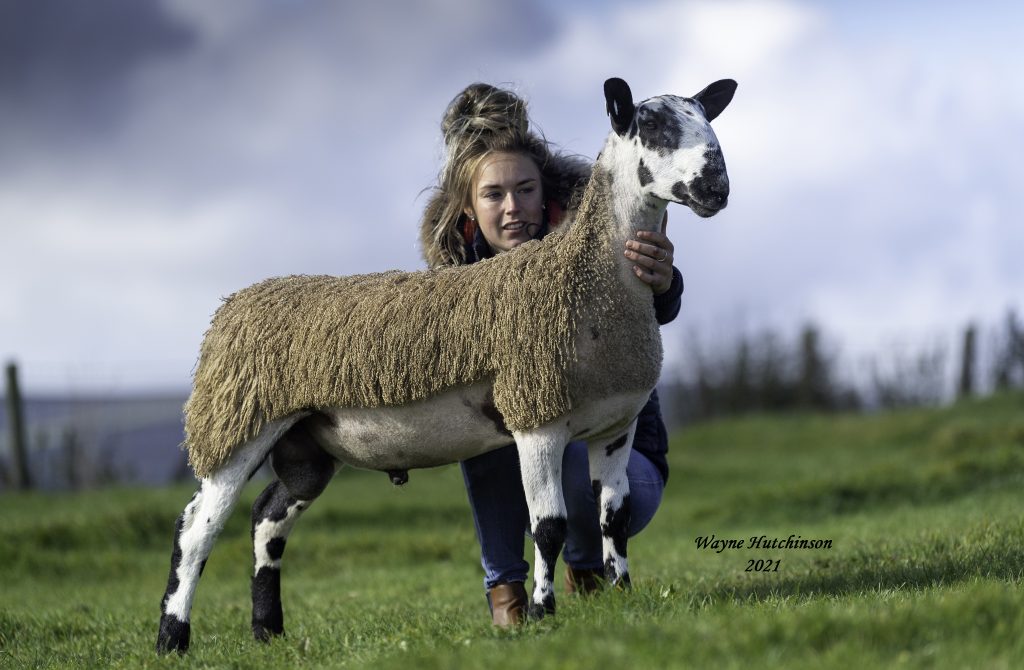 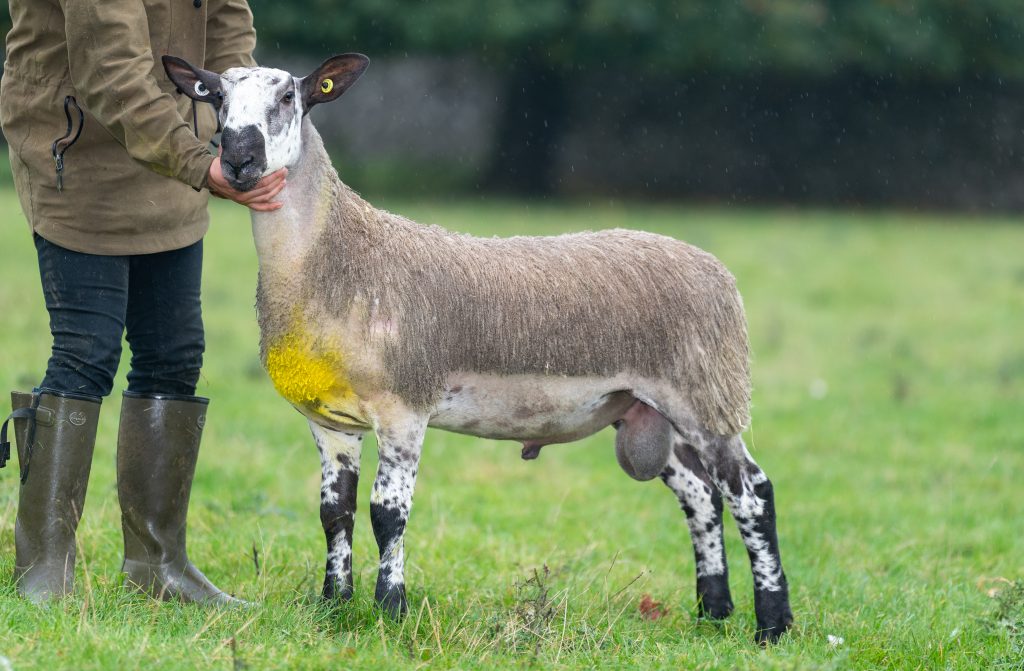 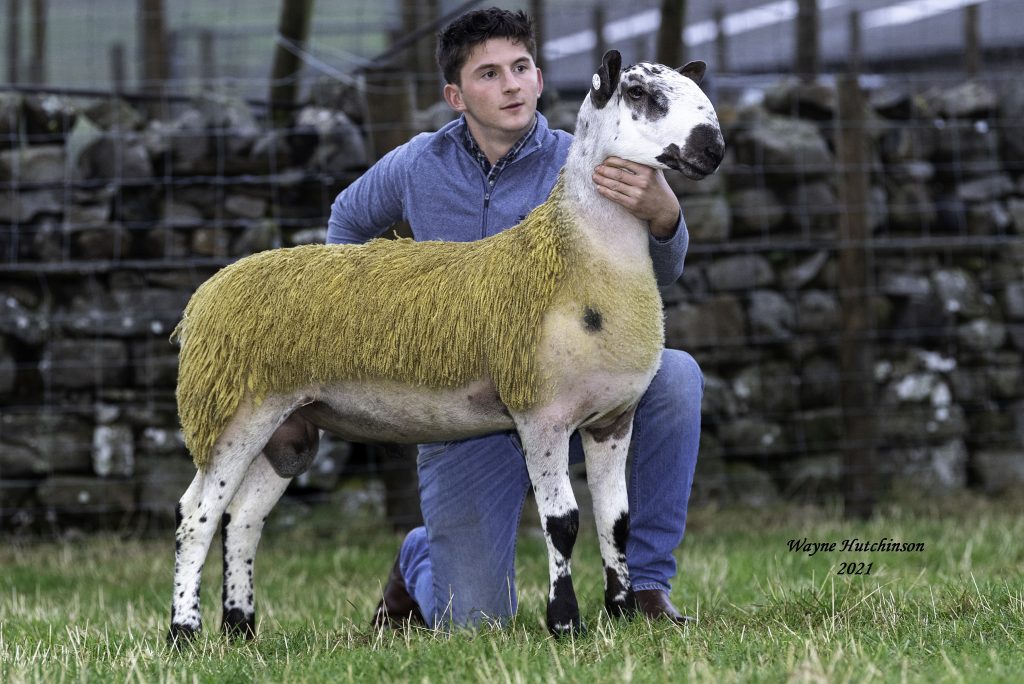 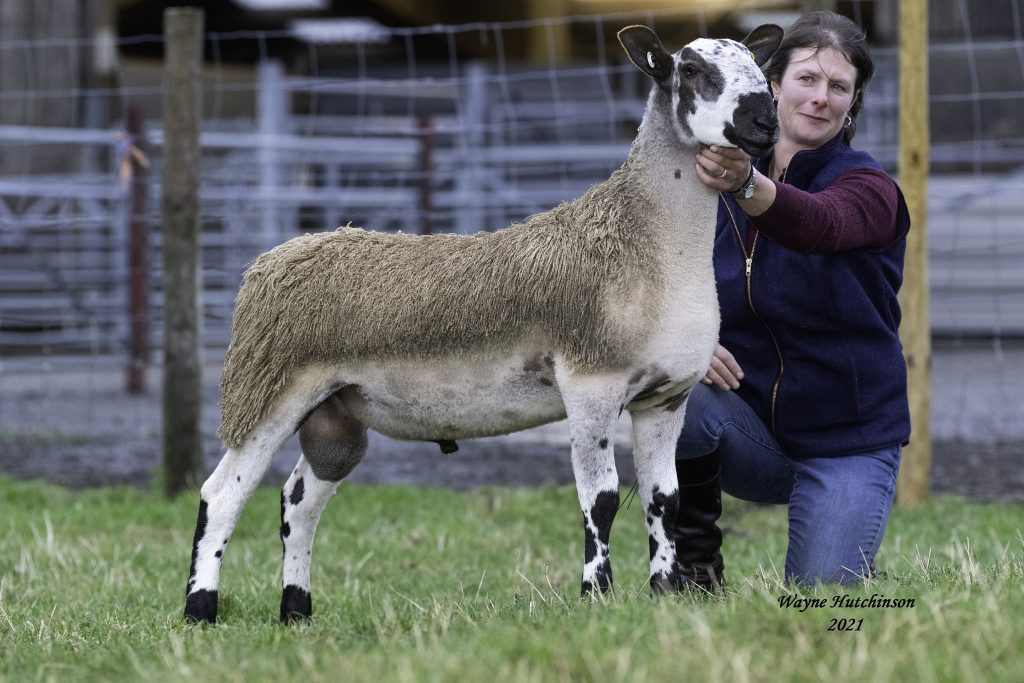 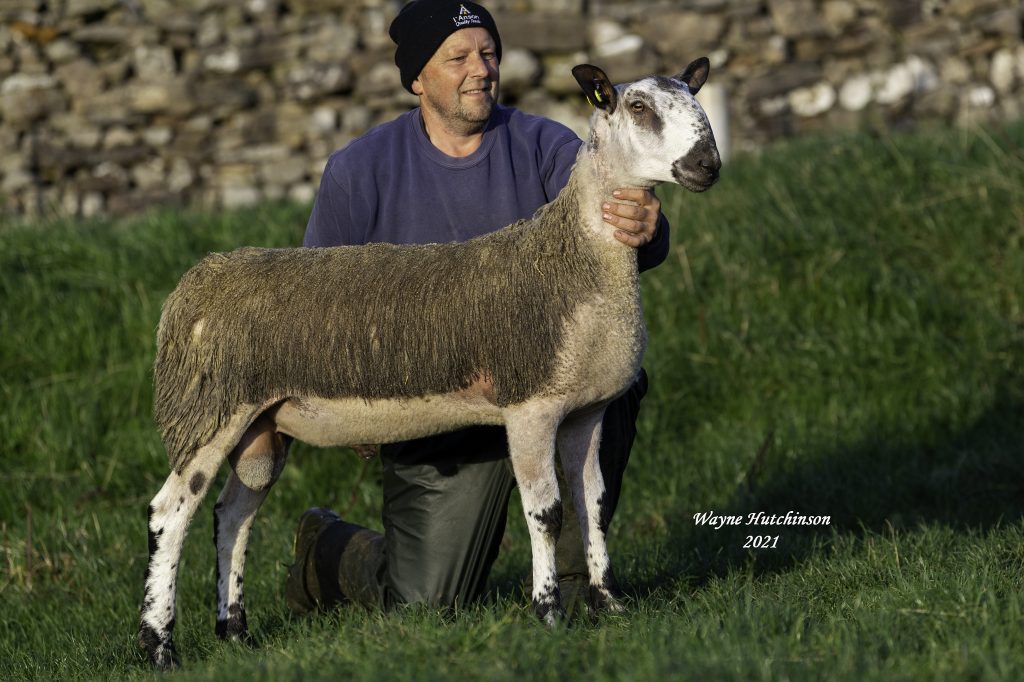 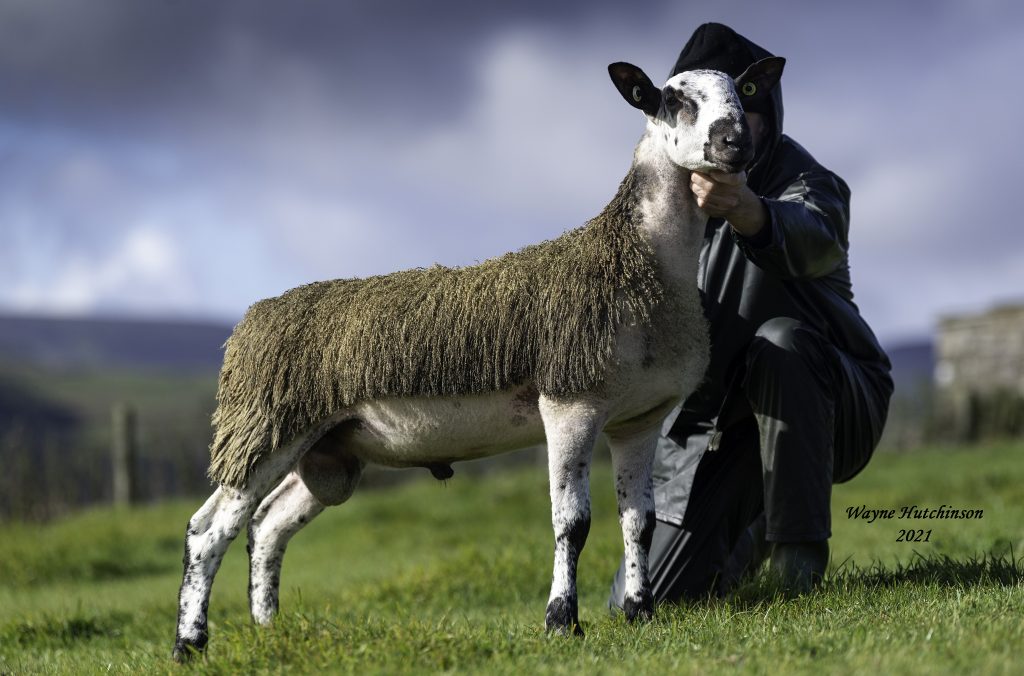 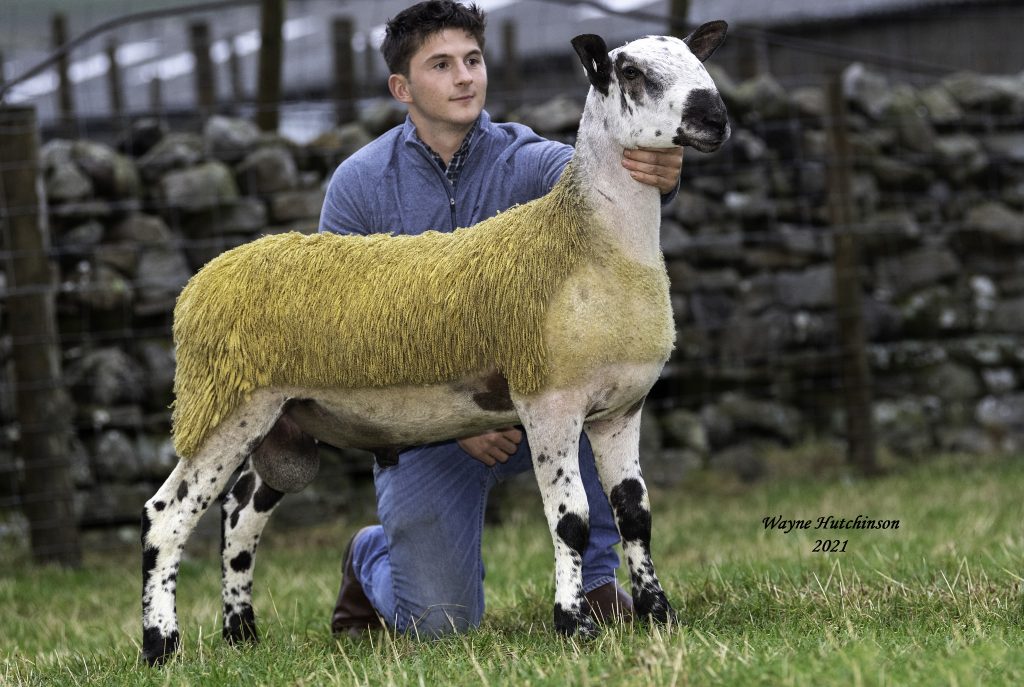 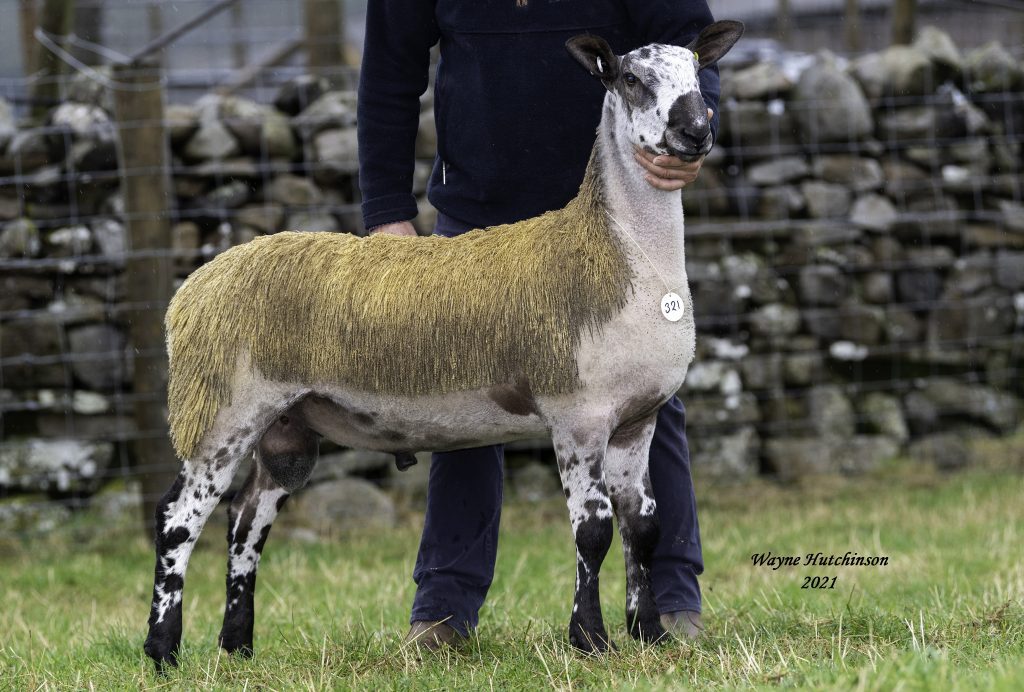 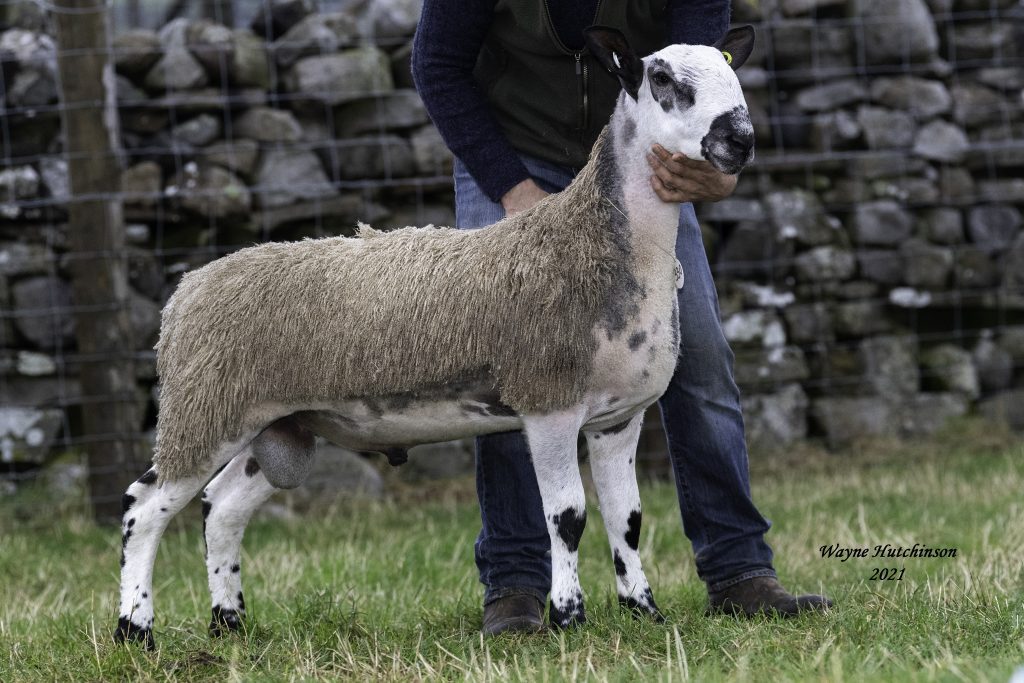 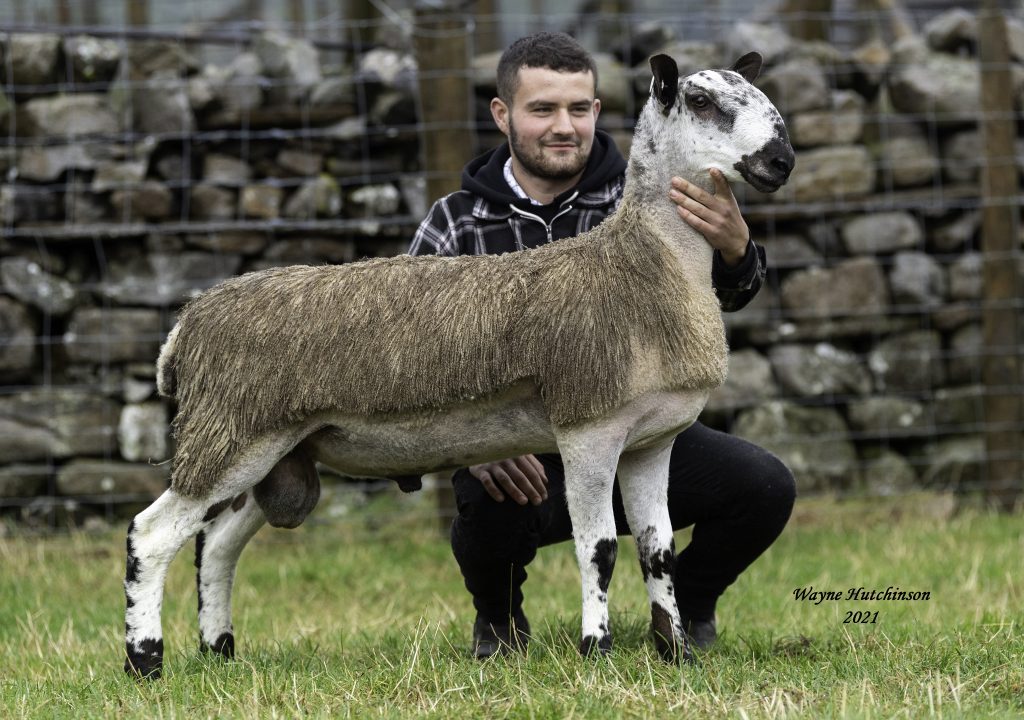 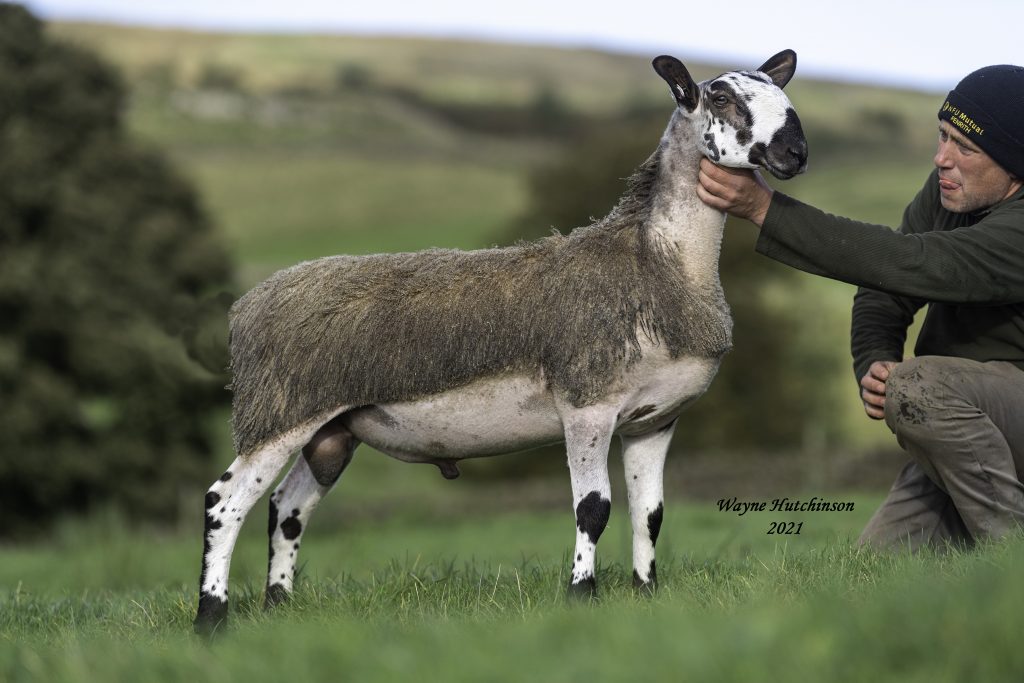 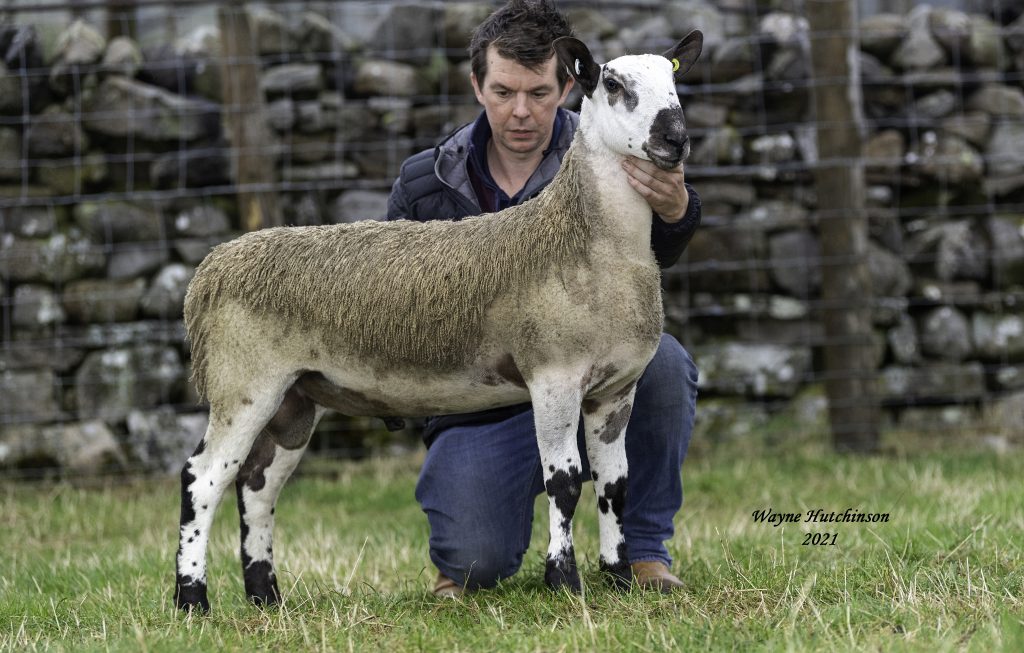 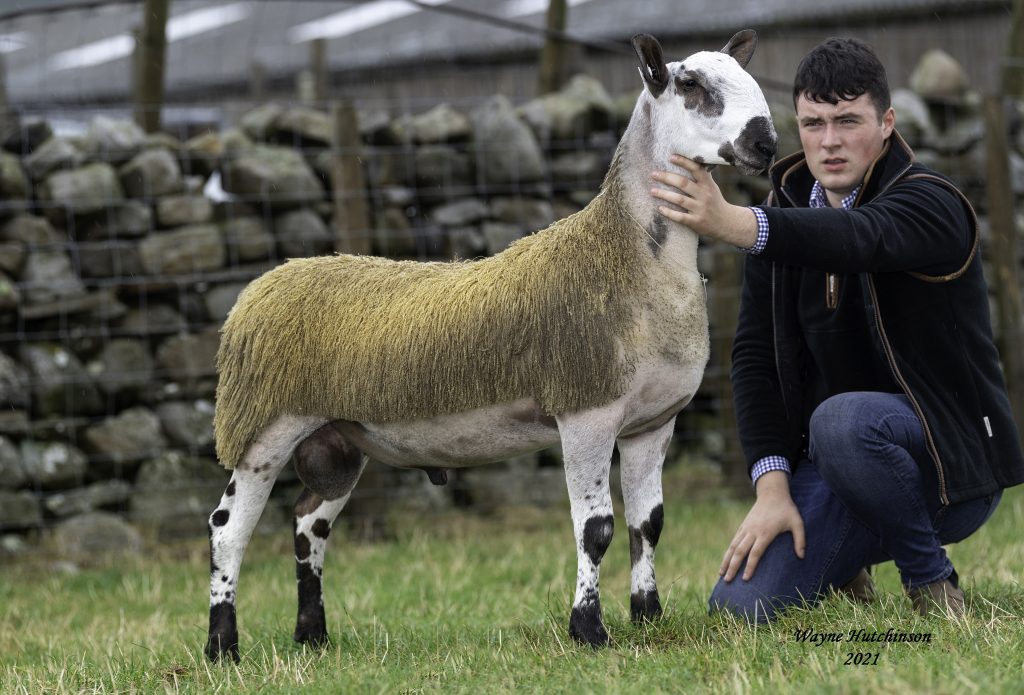 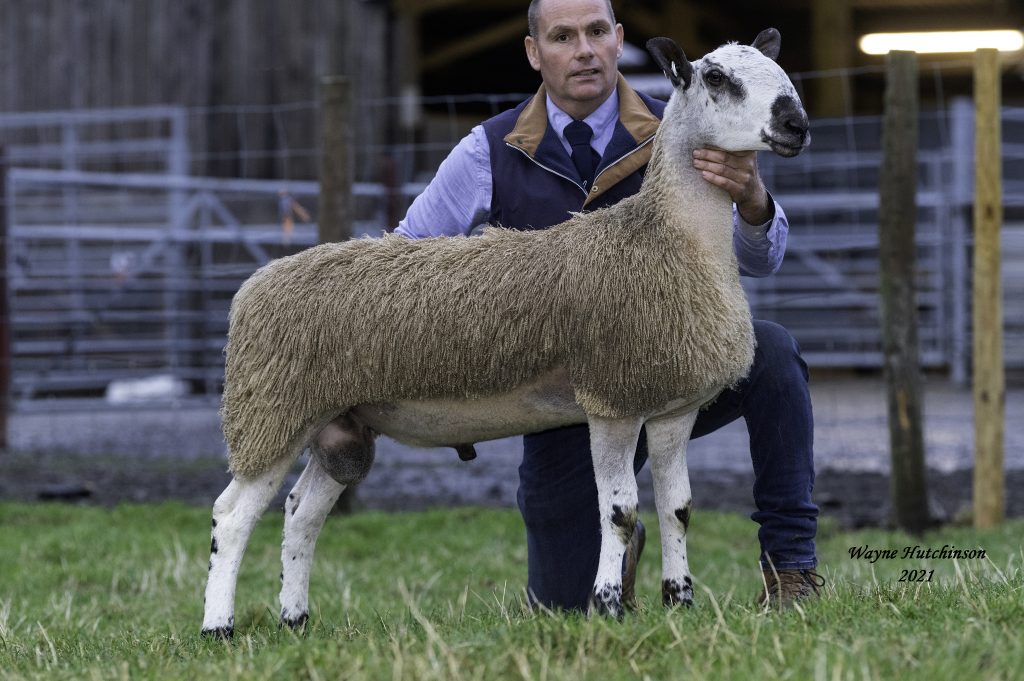 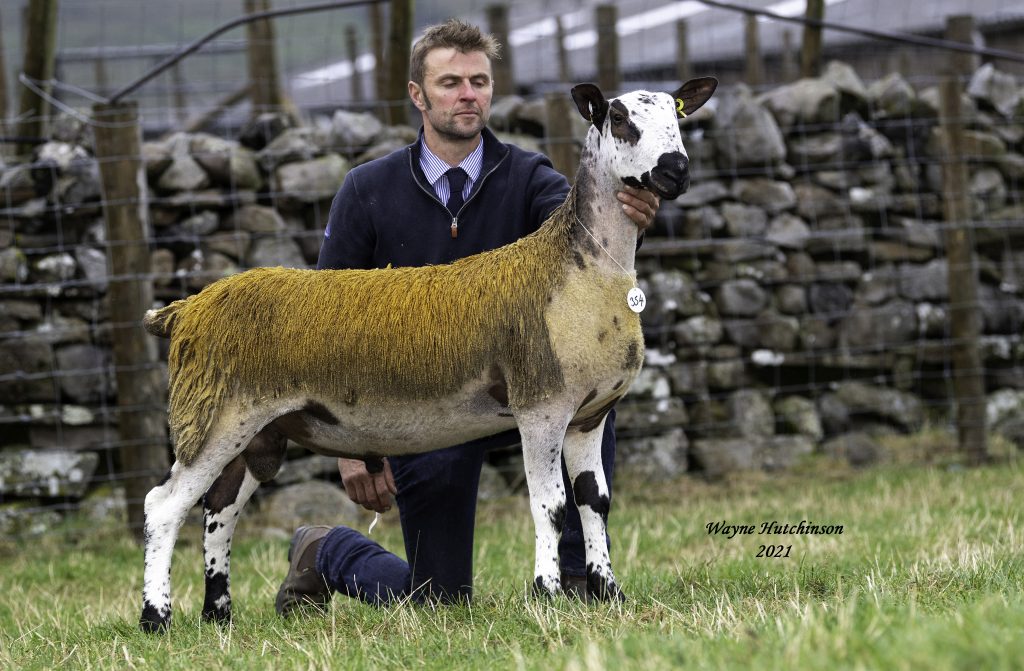 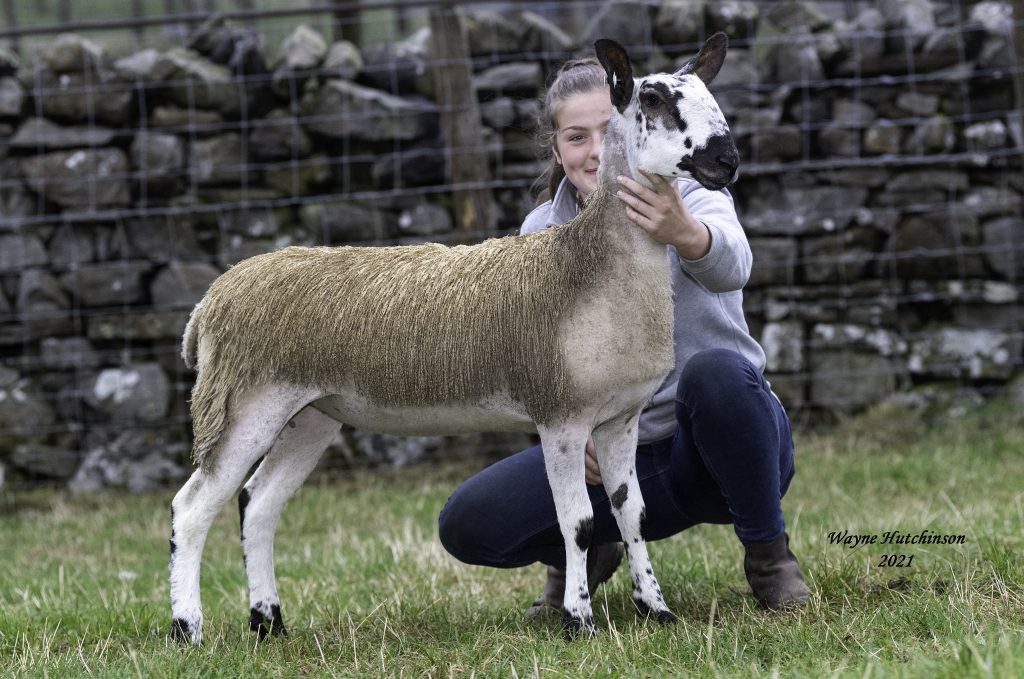 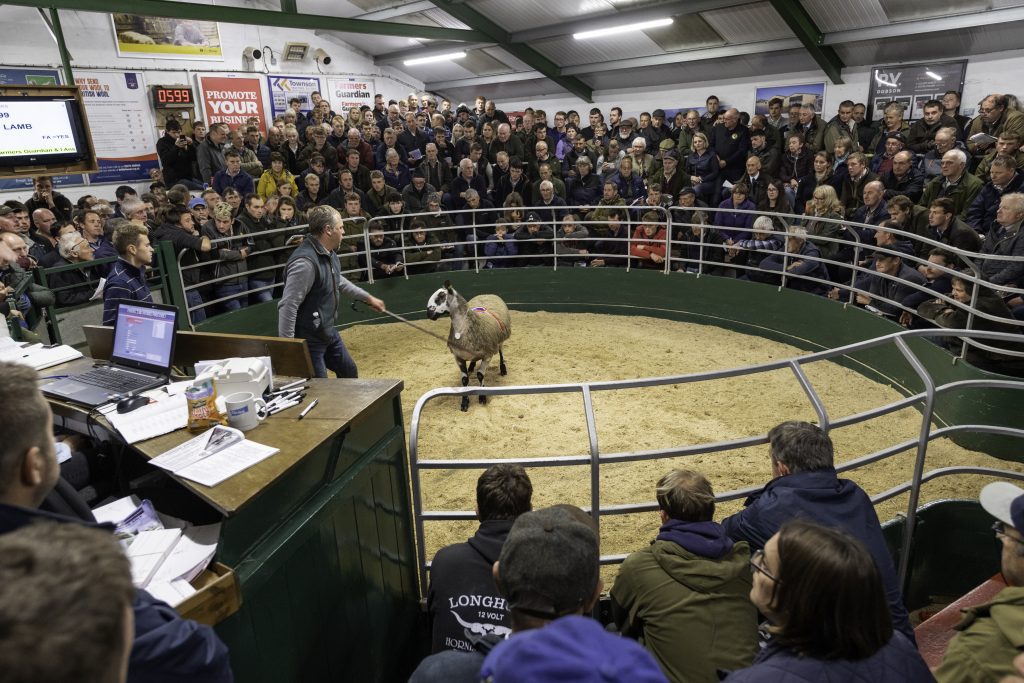 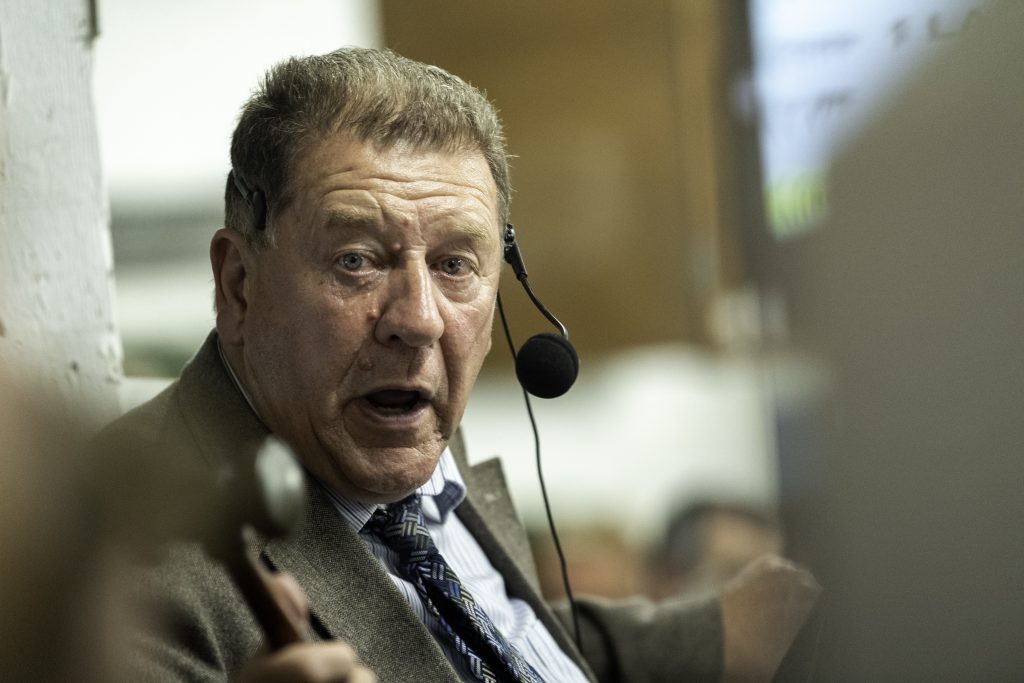 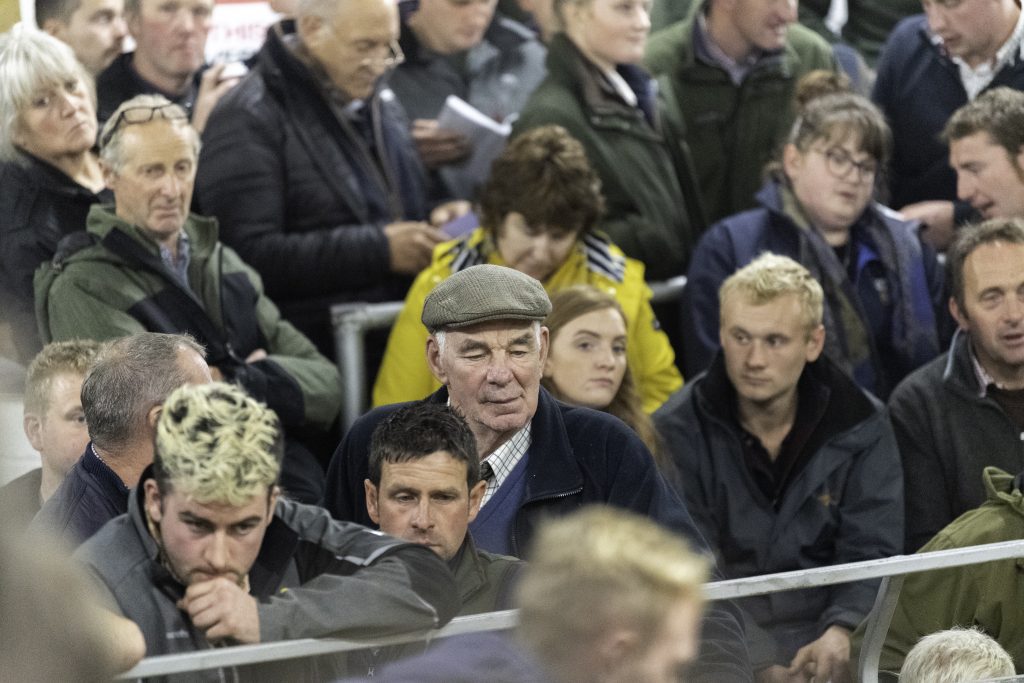 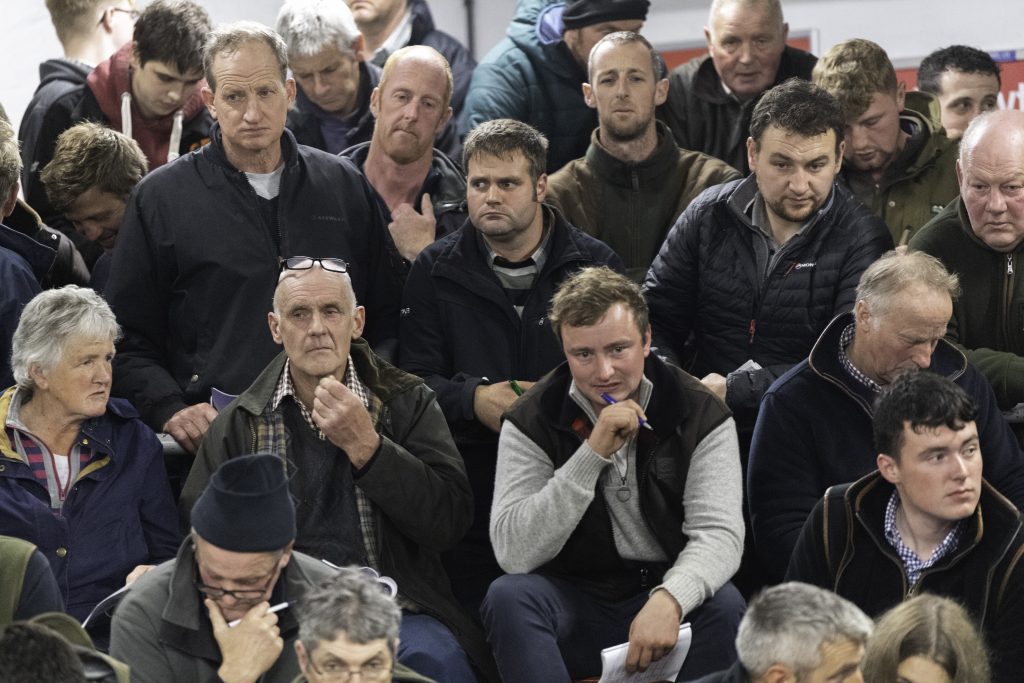 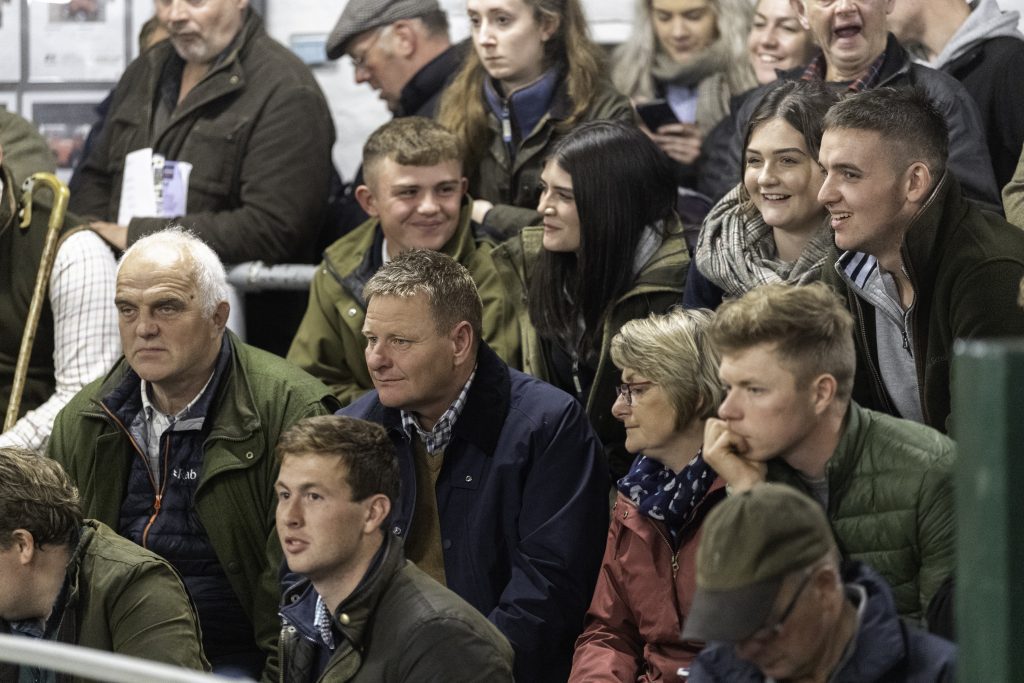 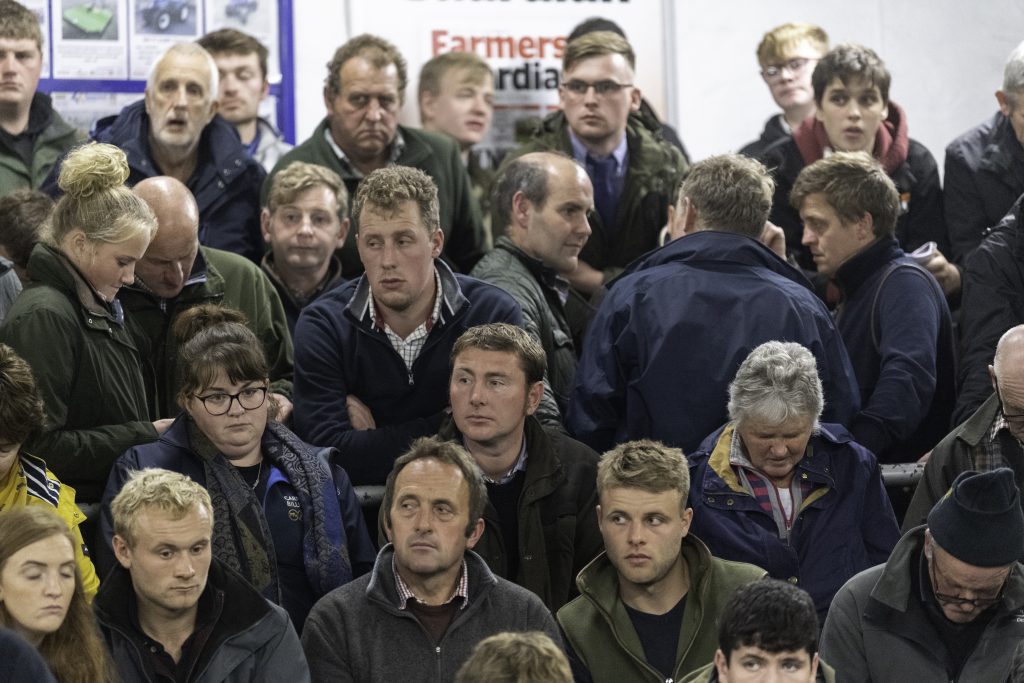