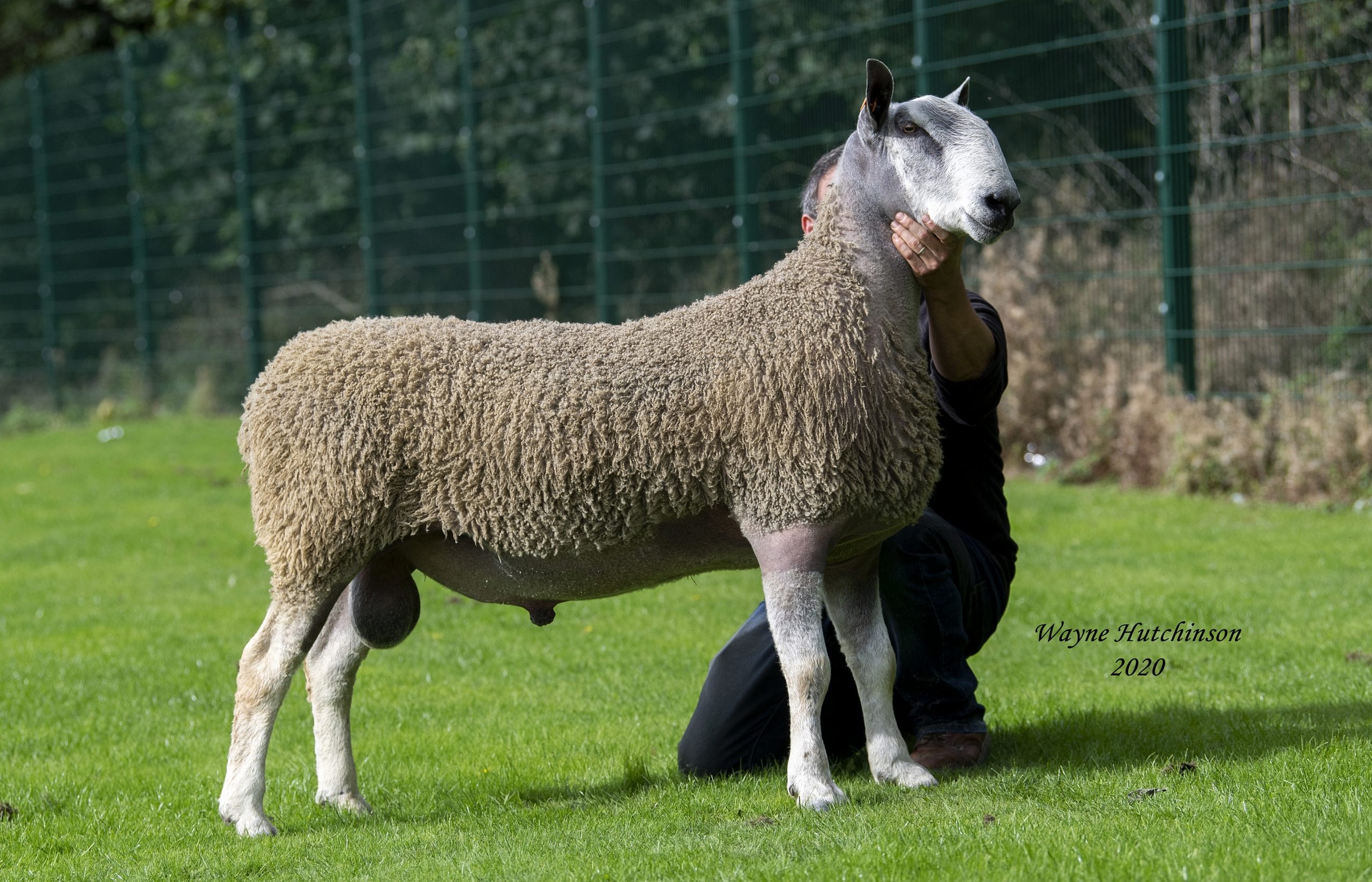 It was great to see a full ring at Hexham mart, albeit a socially distanced one, as the Bluefaced Leicester’s returned to their spiritual home for the reorganised Kelso sale, and despite presale nerves about how the sale might run under the Covid-19 restrictions, everything ran smoothly and the trade reflected the buoyancy in the sheep market at the moment.

Topping the days trade was a monster of a tup from Martin Quinn, who travelled all the way down from Kinglassie in Fife to attend. His sale topper was by the £12,000 Bonvilston K30 “Tudor” which he bought in partnership with the Leadburnlea flock at Builth 2 years ago and out of a homebred ewe by Mendick D14 which he bought privately as an old tup off Robert Neill. This is the first batch of shearlings by the Bonvilston sire, and they didn’t disappoint. The pen of Whinneyhall tups was full of quality right through, but the first in the ring, M40 Whinnyhall certainly stood out, full of length and sheer power, he caught the eye. The bidding was full on and the hammer fell at £7000 Lindsay & Robert Currie from Braegarrie, Girvan was the most impressed by him. This was by some stretch Martins best trade yet and certainly justified his investment in the Bonvilston tup, which looks like he is going to leave a mark his 75 strong flock which he has been running since 2010, following in his fathers footsteps who ran a flock of Blues when Martin was a child.

The Bonvilston tup was again behind the breeding of the next highest priced tup on the day and giving Hazel Brown her biggest sale to date too with Leadburnlea M3 and out of a Mendick bred ewe which Hazel had purchased. This mammoth of a tup, a triplet, sold for £5200 to Alan McClymont from the Kirkstead flock. He was drawn to the tup because of its style and also its breeding, with the Mendick ewe being out of the same ewe which he had placed champion for John Dyke at Biggar show in 2018. The Leadburnlea tups are all used as lambs on the flocks Blackie ewes further helping their working credentials for the Kirkstead flock.

Earlier in the sale the Cassington flock, from Matt and Elaine Drummond, enjoyed a canny trade with their pen of performance recorded tups. They certainly looked the part, with plenty of power in the pen. Their pen leader was by the Gornal H27 they bought at Builth which has done well for them, proving a shrewd investment. He was out of Cassington Samantha, which was by the homebred G1 Cassington, which is behind a lot of the best lines in the 50 strong Cassington flock. He sold for £4200, selling to Messrs Hindmarsh, Warkshaugh.

Frank Johnson, the legendary veteran of the breed, enjoyed a great trade with his pair of tup lambs on offer. Both lambs were by the K4 Burndale, with the first fetching £3200. Selling to Towdy Potts. This smart lamb was out of an Elian bred ewe which has bred tups to £4800 and £3200. His second lamb was out of the Highland Show champion ewe bred by Robert Neill which he bought at the Rossibank dispersal. This one sold for £2400 to D & I Hall, West End.

The Kirkstead flock also enjoyed a good trade. As always, the quality of their stock was second to none, with the tups from this high hill farm really looking the part. Their pen leader was by the Burndale G1 which is still going strong as a 6 shear, with 2 highland championships and one half of the Interbreed championship in his back pocket and having already sired a host of top notch progeny, shows no sign of letting up. The tup, Kirkstead M11 is out of a ewe by Craig Yr Orsedd, and out of the homebred Kirkstead F22 which twice won the Scottish progeny show. Reinvesting some of her recently gained cash was Hazel Brown who shelled out £3000 to gain his services. Kirkstead also sold to £2500 with a son of L1 Espley and a tup lamb from the flock, by the Ashes L1, and out of the same ewe as the pen leader, sold for £2300.

With the BFL season getting off to a cracking start we can look forward to plenty more sales with plenty of highlights along the way. As season openers, this wasn’t a bad kick off! 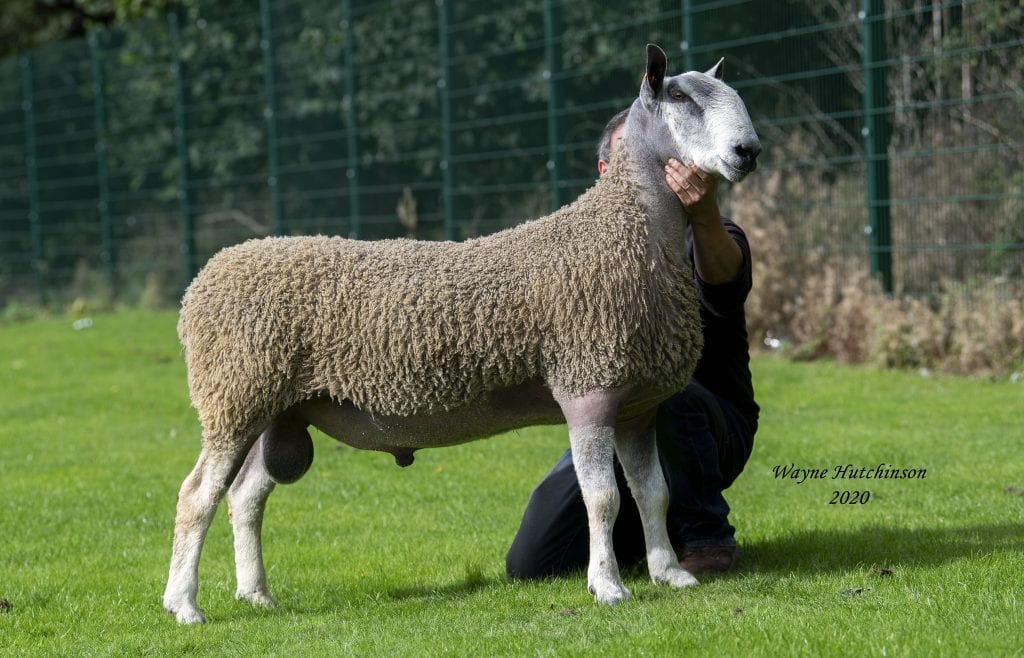 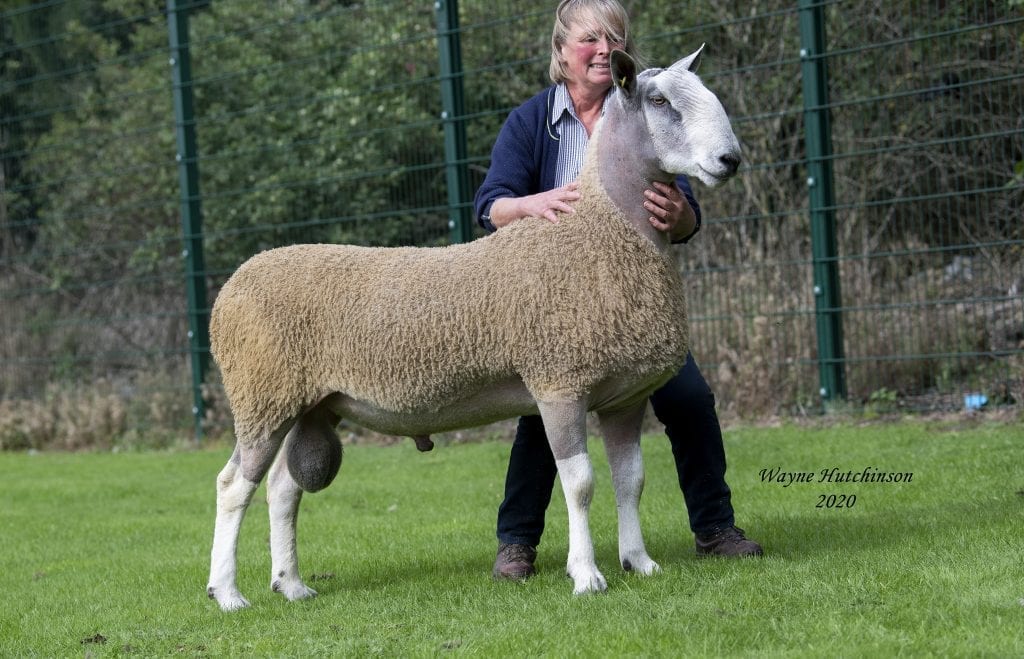 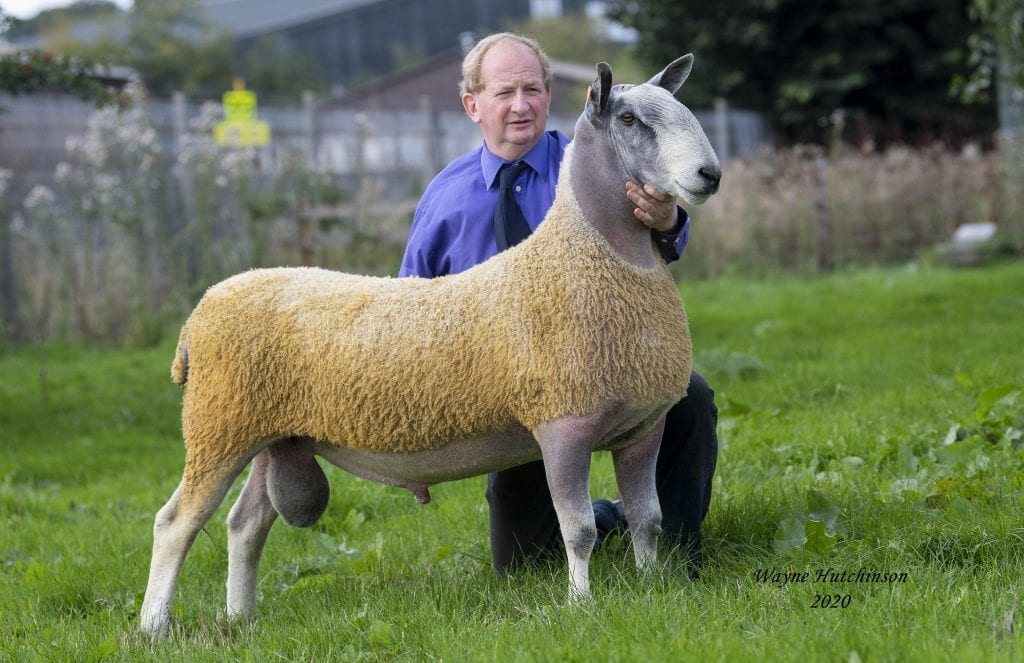 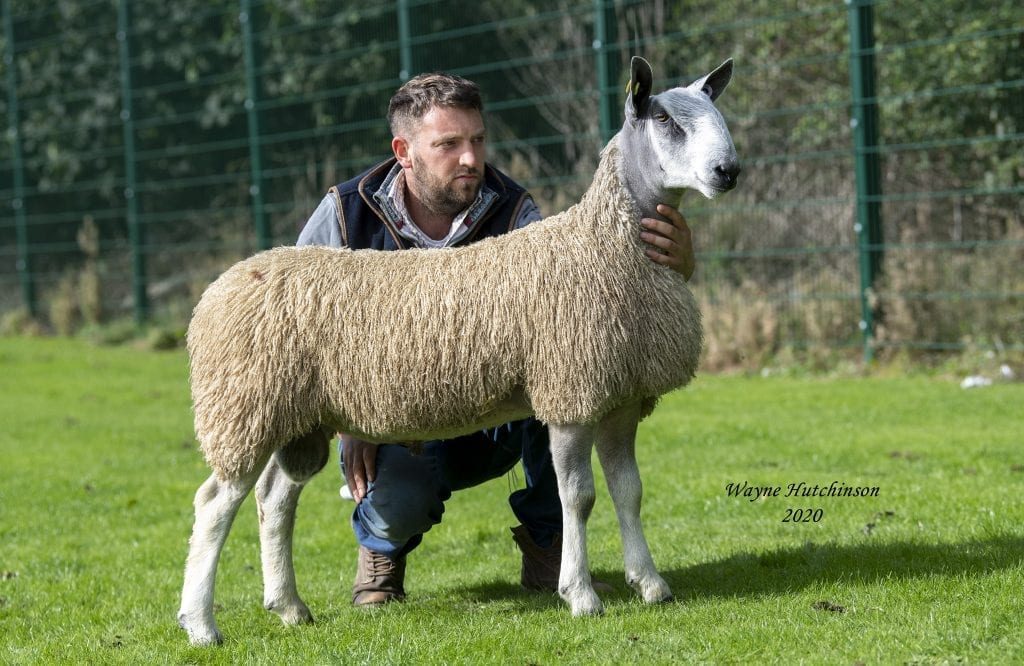 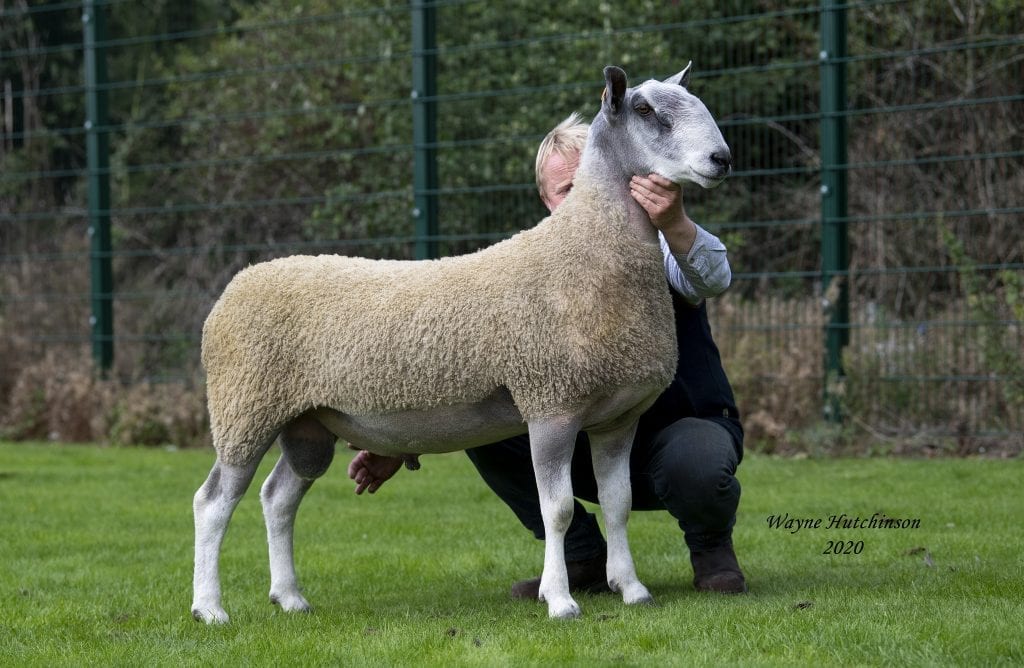 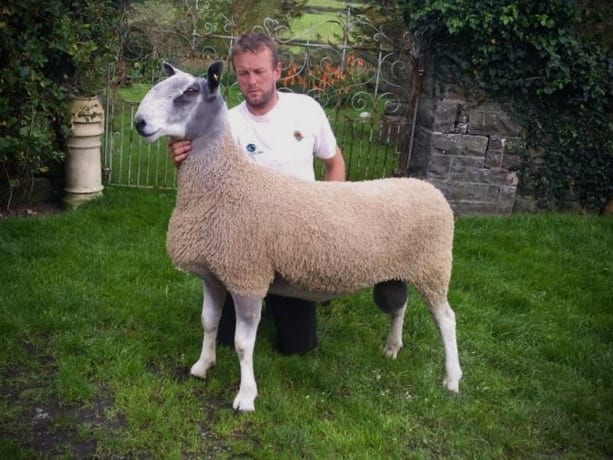 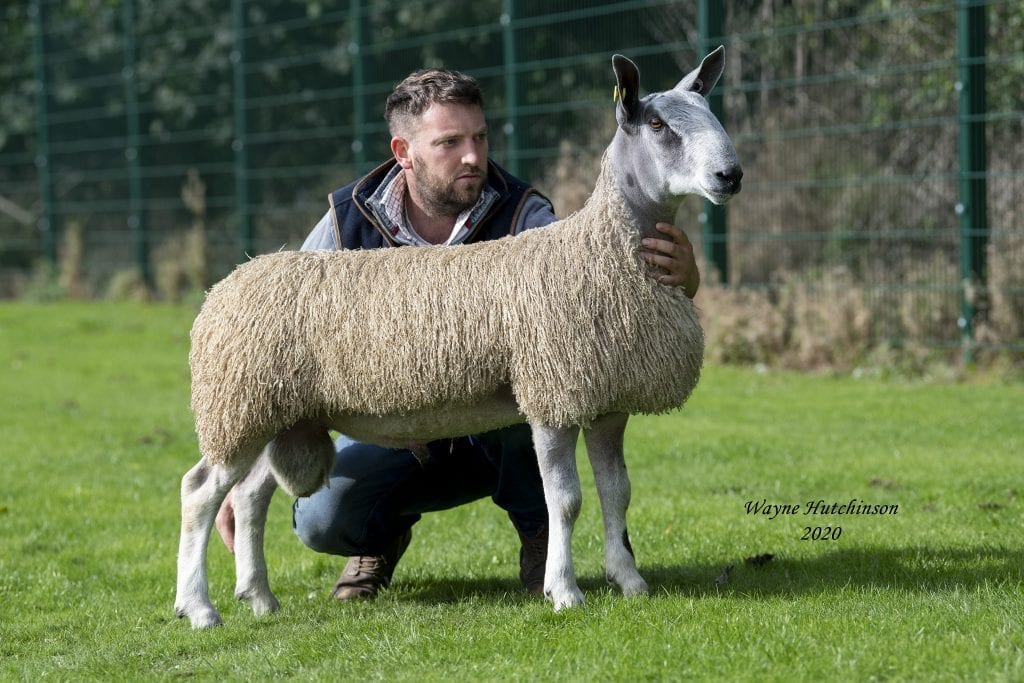 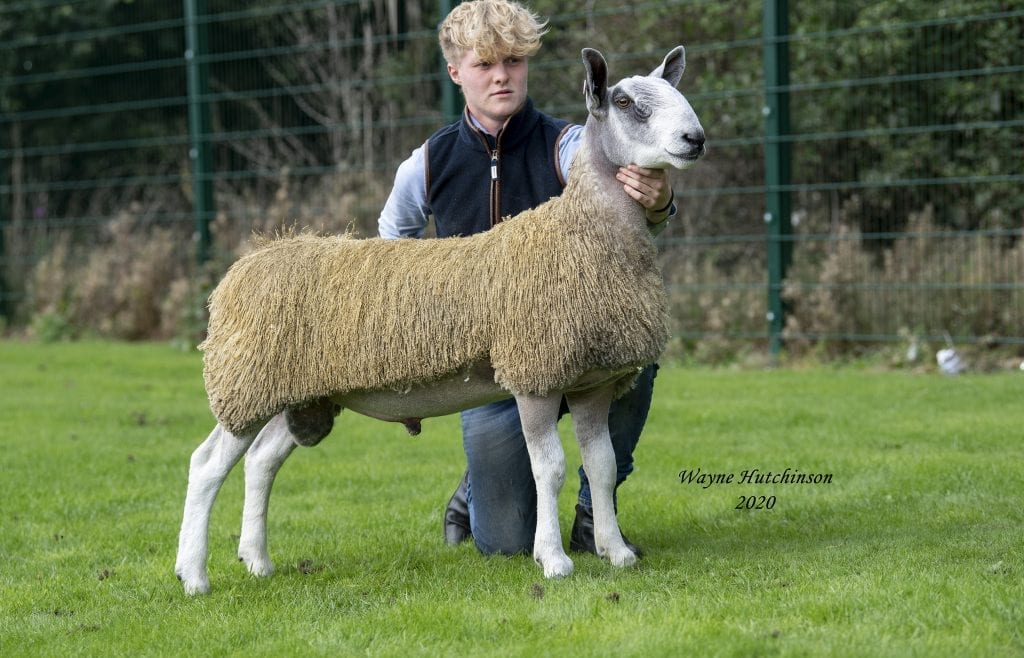 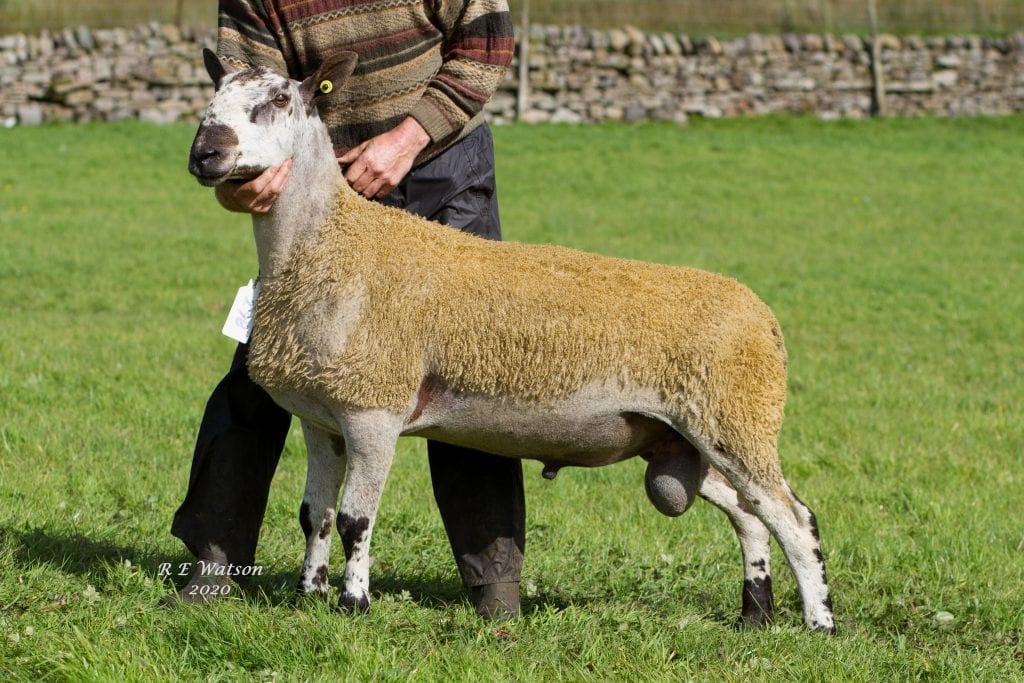 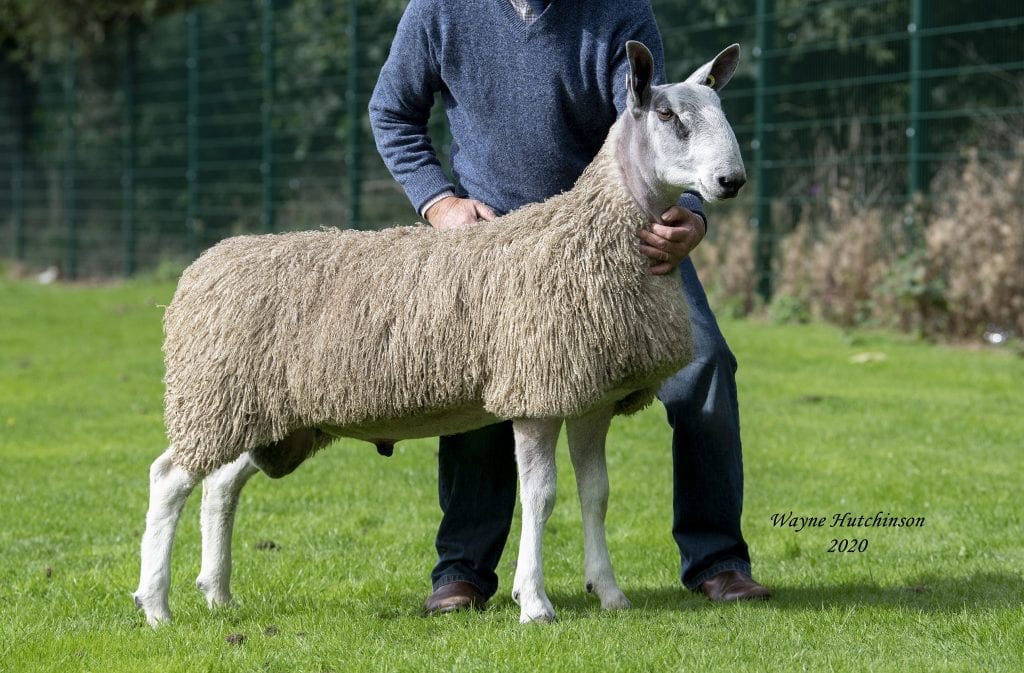