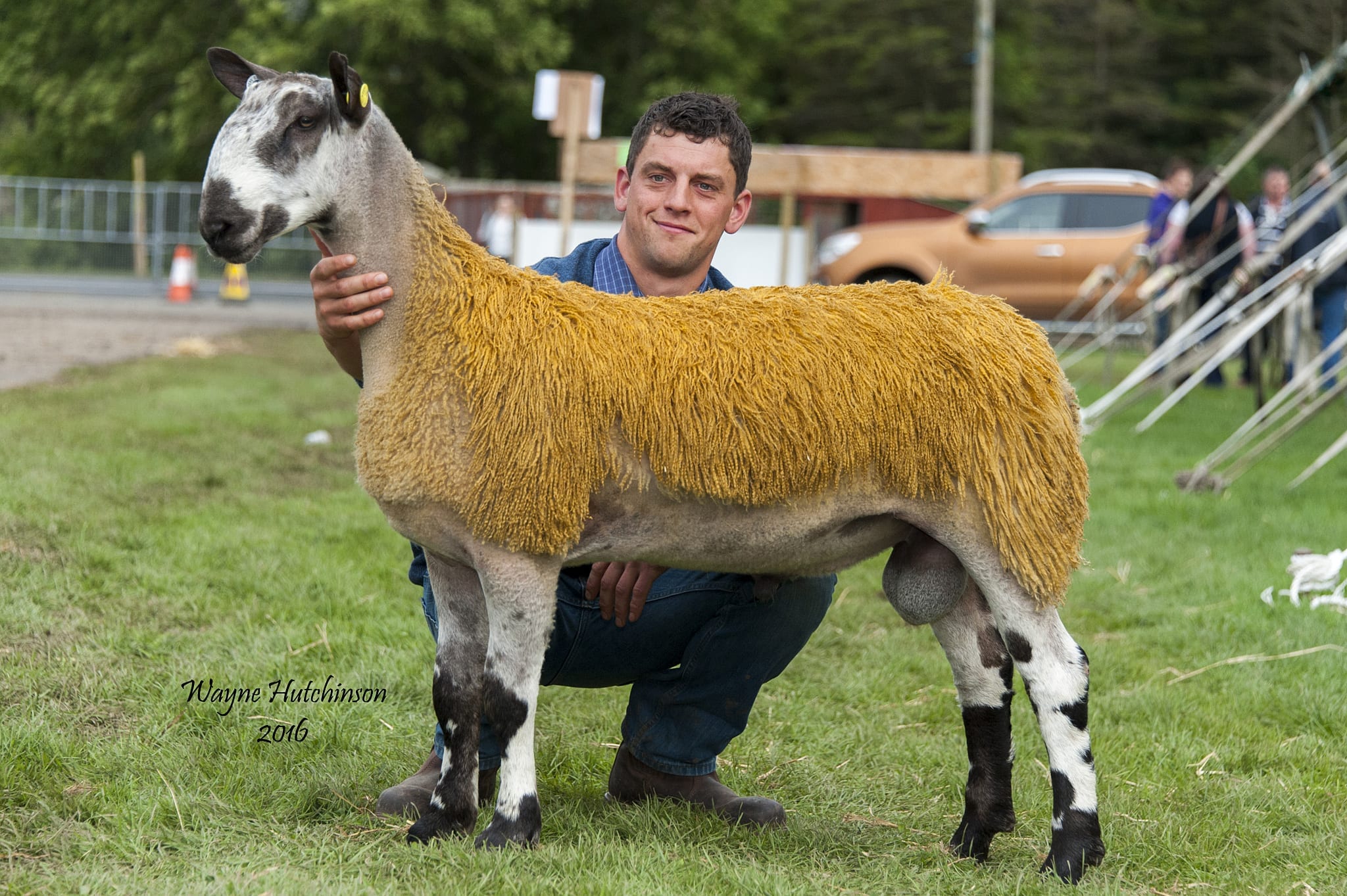 The start of the backend sales is always keenly awaited, and kicking off the sales is “The Big One” at Kelso, which saw over 5100 tups through the rings at the sale with buyers and sellers from all over the UK. Once again it was the Bluefaced Leicester section who provided the day’s top trade, and saw a tremendous trade throughout the section, with 501 shearlings averaging £940.86, up a whopping £94 for 23 less sold and the lambs up £123 on the year for 26 sold. The breed grossing just shy of £500,000. As always it is mainly a day for buying strong powerful sheep, and again the tups forward didn’t disappoint.

Topping the trade once again was the Midlock flock, with a tremendous shearling full of power and a good skin. Kevin Barker made the trip up from Lancashire with the intention of landing his number one target, a Mustang son out of a ewe by E1 Barf House. Despite nearly being missed by the auctioneer, he managed to be seen before the hammer dropped and his determined bidding saw him land his top choice for £12,000 to join the Keer flock. Midlock followed on this hot streak with their next shearling selling for £5000 to M/s Ridley, Shitlington. Again this was another Mustang son out of a ewe by the homebred C63 Midlock. The Midlock pen averaged £2486 for 15 sold for their shearlings, reflecting their status as one of the top flocks within the breed.

After the Midlock pen it was the turn of the Dawyck flock to shine, with Craig and Gary Thornborrow selling to £3800 for a shearling, H1 Dawyck, by G42 Midlock, another son of Mustang, out of a ewe by Z31 Old Hemley. The tup, H1 Dawyck, was the progeny champion at Peebles where he caught the eye of the buyer, Robert Wallace, who no doubt was also impressed with his Mules, which saw him have seven lambs in the top pen of 50 at St Boswells selling for £168. He also was producing the goods in the pedigree lines too, with his son, J15 Dawyck taking the championship ticket in the pre-sale show in the crossing section and selling for £3400, the top priced lamb on the day to West Hills.

Also making £3800 was a smart shearling from Martyn Archer, Carry House, topping in the Hexham ring. This was by the G1 Highberries “Highlander” which has done so well for the flock. This shearling, H18 Carry House was the full brother to lambs which sold last year for £10,000 and £3000, out of a ewe by C29 Carry House Cracker. He sold to Keith Harryman, Keswick. Martyn also saw a Z4 Hundith son sell for £3200, and saw him average £2150 for his pen.

Following from their success at Kelso, M/s Hunter, Steel, Hexham enjoyed a good trade with their number one shearling selling for £3600. They enjoyed a good show at the Hexham Mule sale, taking the championship ticket for their pen of 25, which had four by H2 Steel in. He was by the £10,000 G34 Midlock, another Mustang son, which they have a half share in, and out of a ewe by C7 Midlock, which goes back to the Tan House. He sold to M/s Telford, Branton, Alnwick.

Trade was strong for good tups, with the auctioneers commenting that good tups were easy to sell, with lots of demand and a packed ringside, so this bodes well for the sale season ahead. 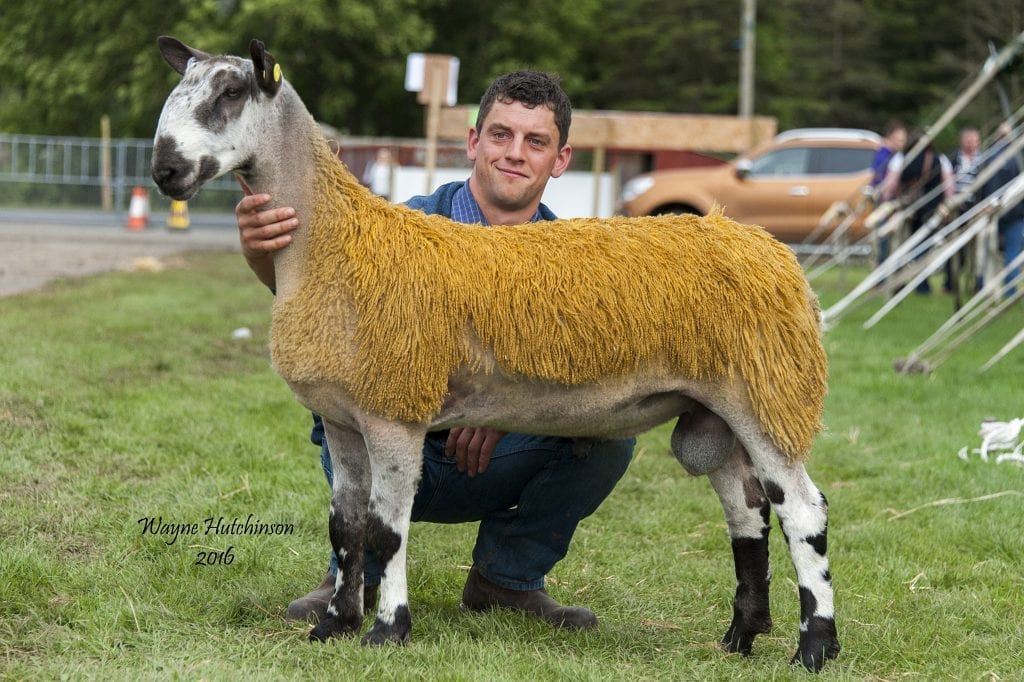 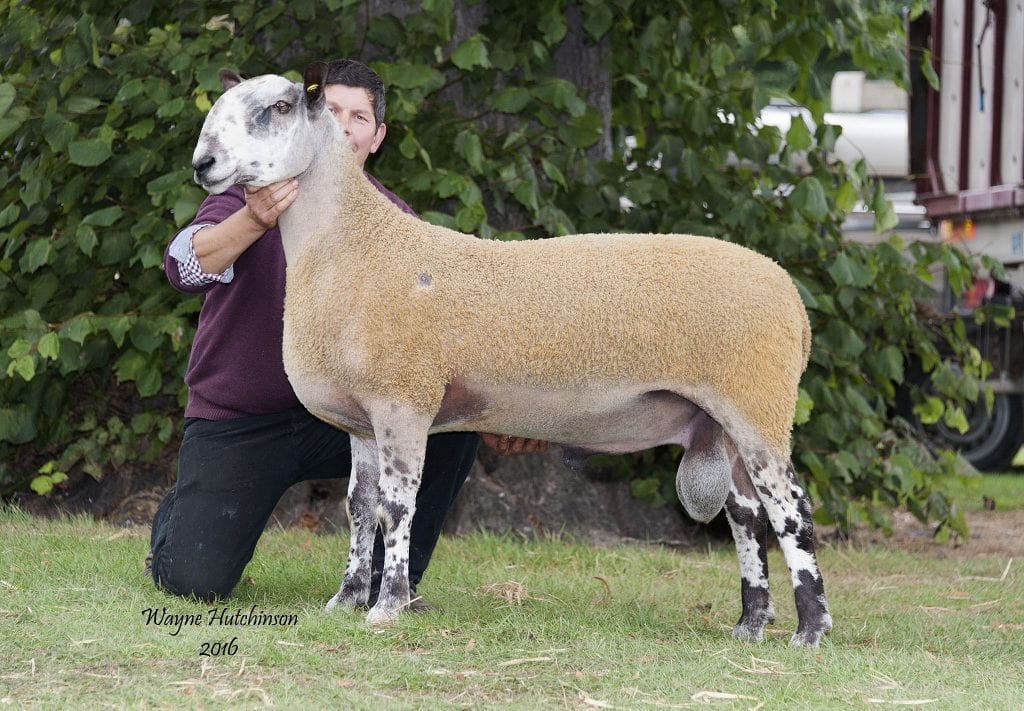 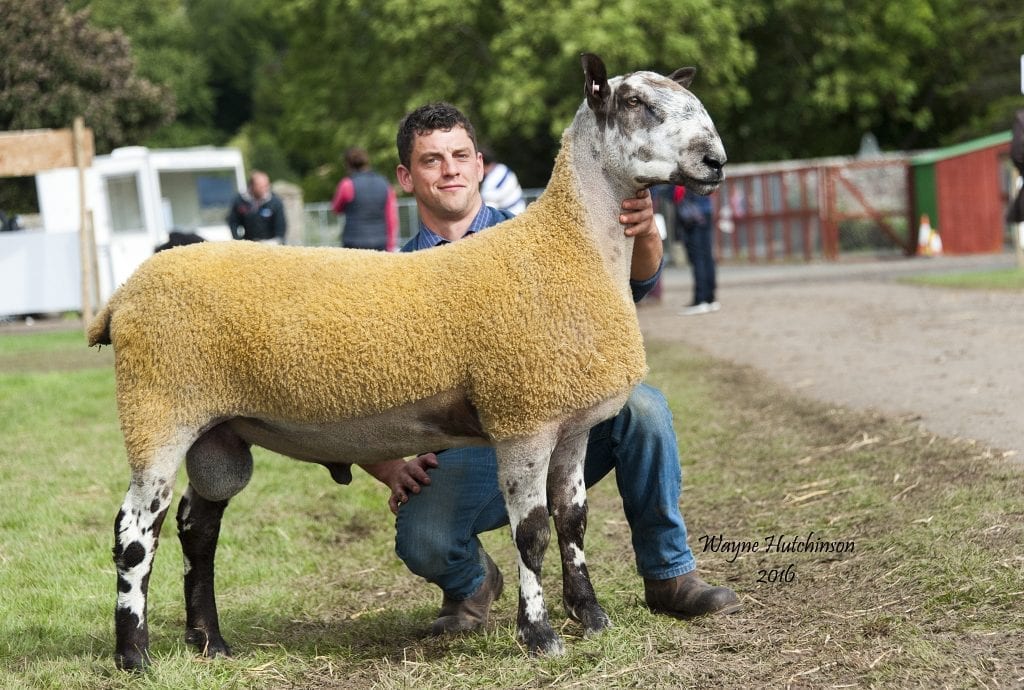 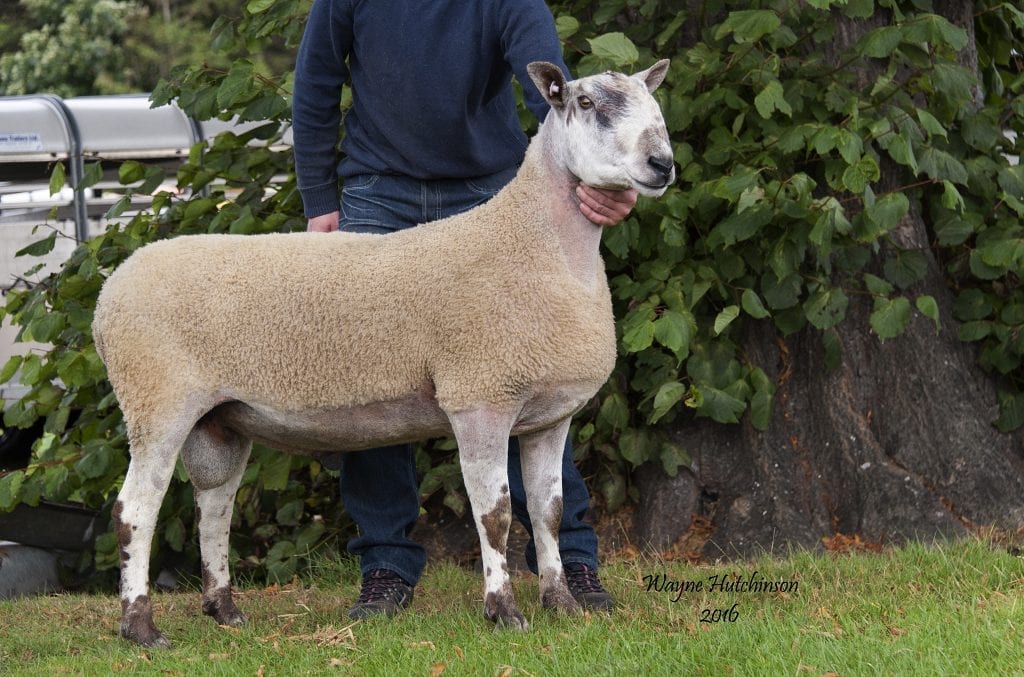 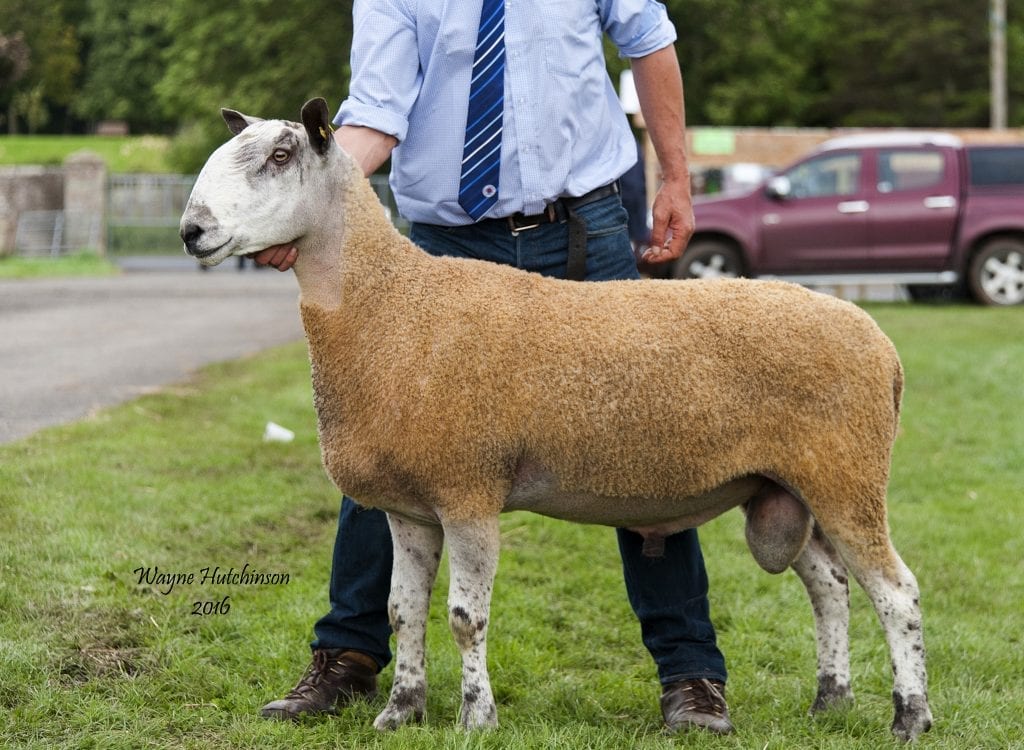 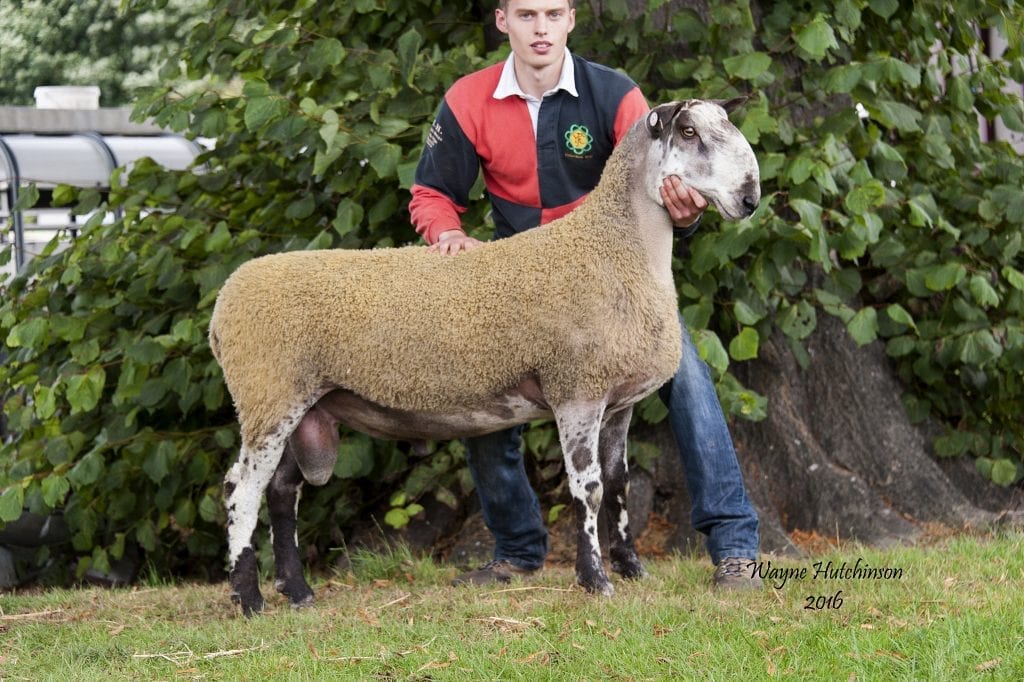