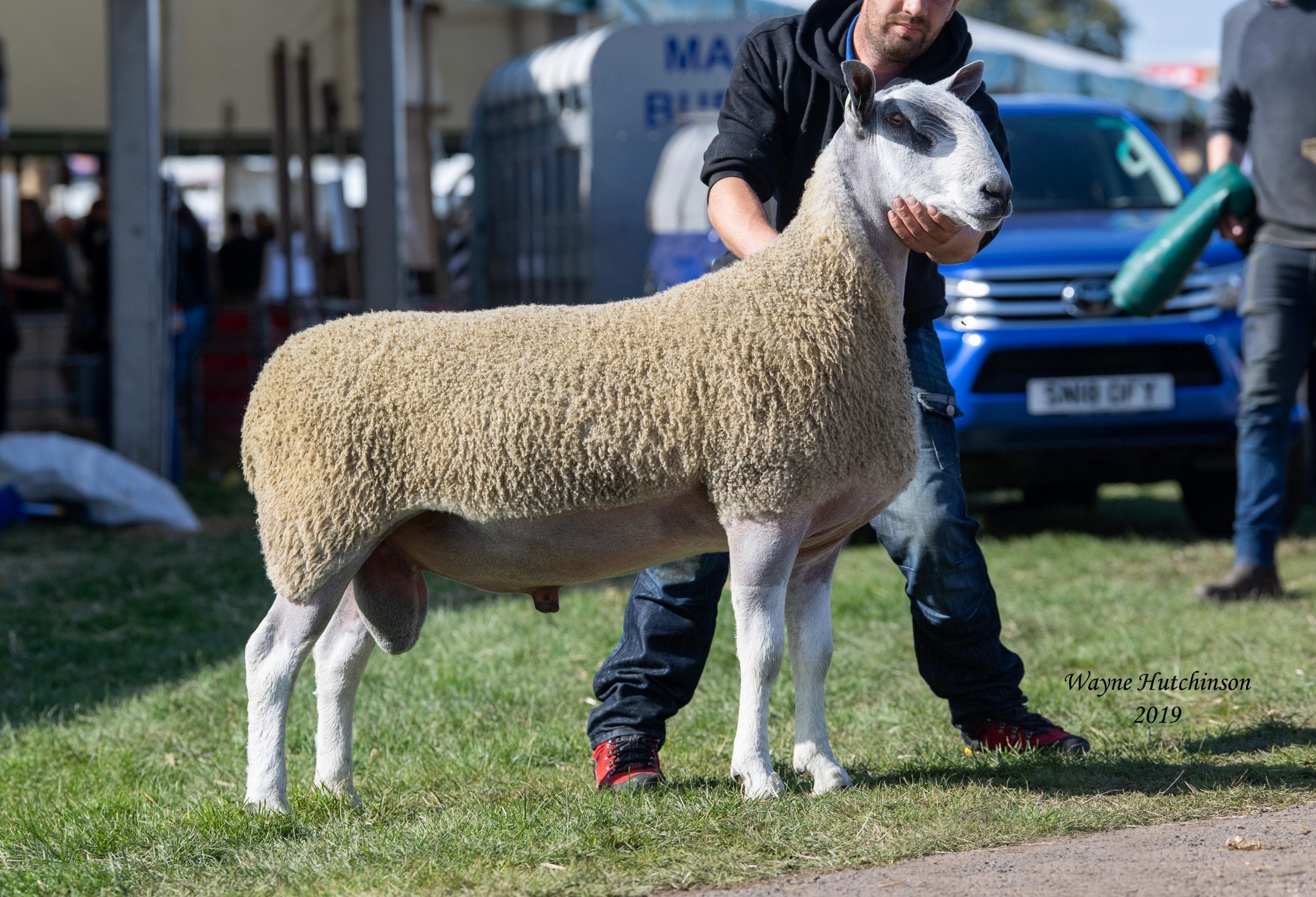 A reduced number of sheep forward saw averages rise in the Bluefaced Leicester section, with 450 tup shearlings averaging out at £968.28, up over £28 on the year, with a total breed turnover of nearly £460,000. As always at Kelso the demand for big, strong, powerful tups with good conformation was the key to a good trade. Hexham and Northern Auctioneer, Trevor Simpson, said that tups were a lot easier to sell this year and that the buyers were around the ring all day which helps trade.

The traditional champion, judged by Muriel Ross, Clashdorran, was about the last through ring 15, after being first into the ring last year, and all eyes were on a cracking tup from the Kirkstead consignment. This tup has previous form, being shown at Peebles, where he took the Reserve interbreed title. He is by the evergreen G1 Burndale, which has done so much for the flock, both in the showring as well as the breeding, and out of the same ewe which bred last year’s £4000 topper for the flock. This boy went further and saw the hammer drop for £5800, selling to Messrs Bains. His twin also was the second top price from the traditional types, selling for £2800. The reserve champion came from the Performance Recorded Cassington flock of M & C Drummond. He is a homebred ram sired by the 3543/H027 Gornal with an index of 151 and sold for £2000. Mick and Nikki Gray, Espley had another successful sale at Kelso with the top in their pen selling at £2500 and this was for a homebred ram sired by 2625/K001 Kirkstead. The Philiphaugh pen of homebred shearling rams from Sir F M Strang- Steel were all sired by 2882/H016 Mendick and sold to a top of £2000, £1700 and £1600. Alan and Peter Forster Lowes Fell sold two of their homebred shearling rams L010 sired by Piel View 3935/H010 and L005 sired by 4369/K001 Whinnyhall both for £1700. 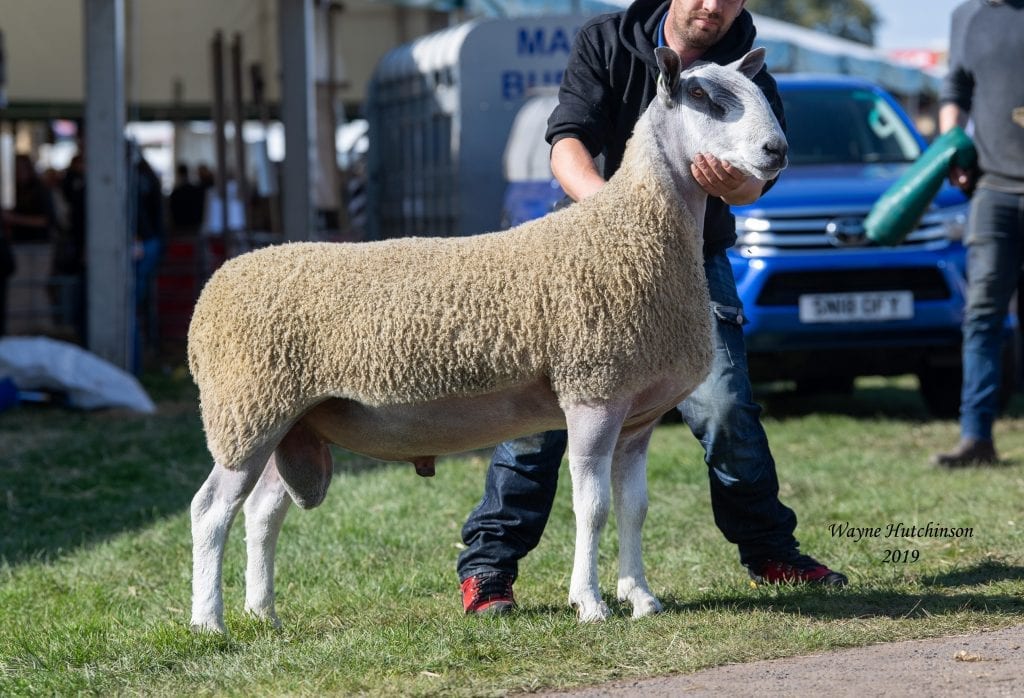 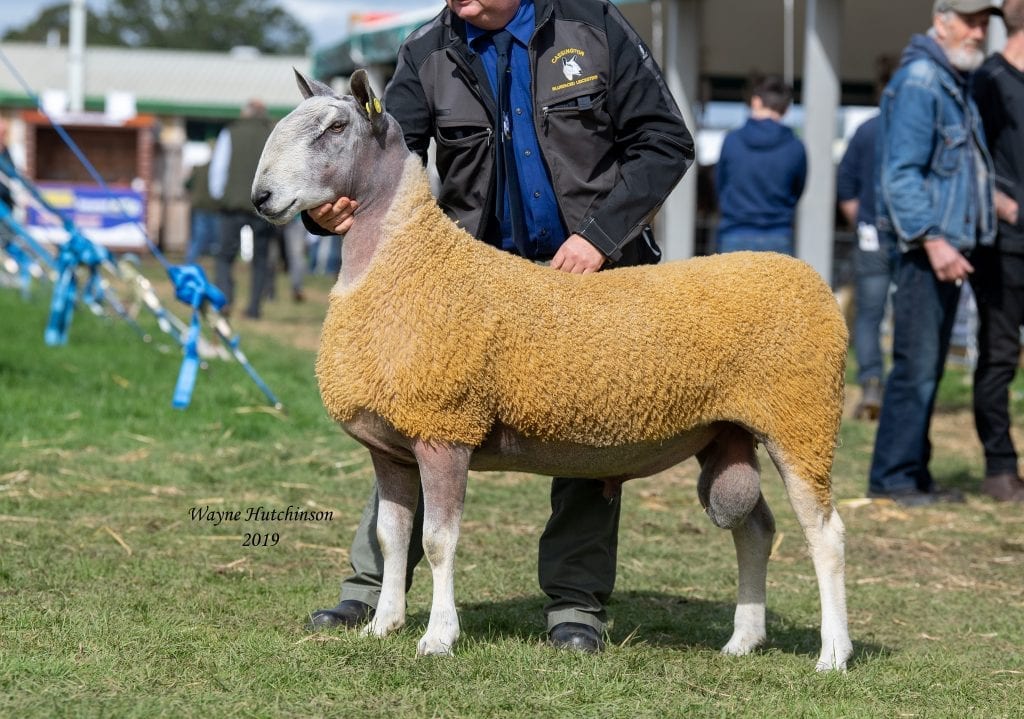 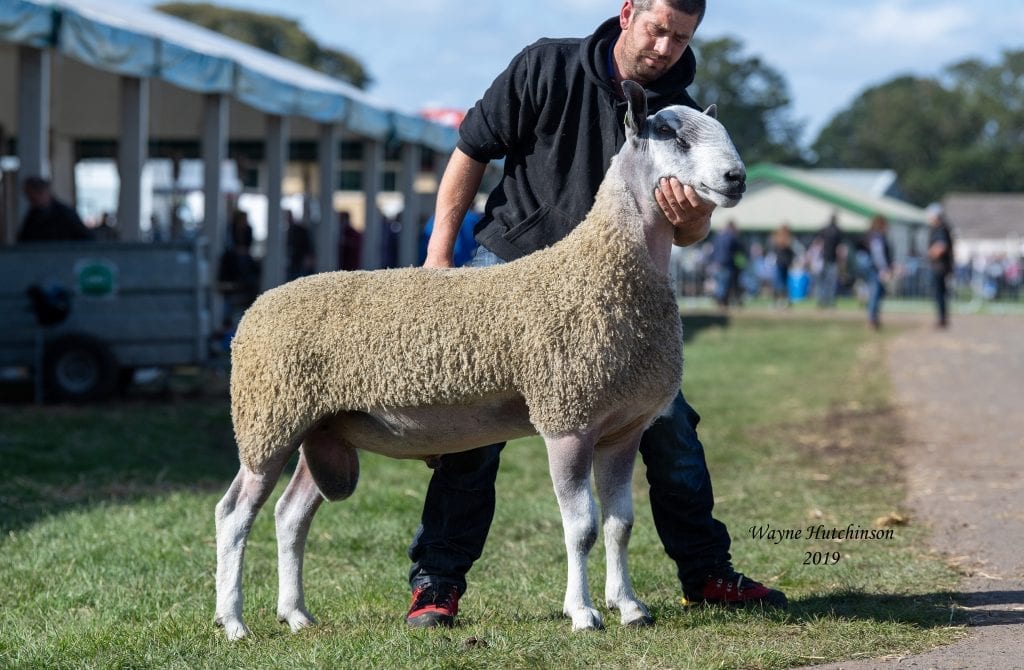