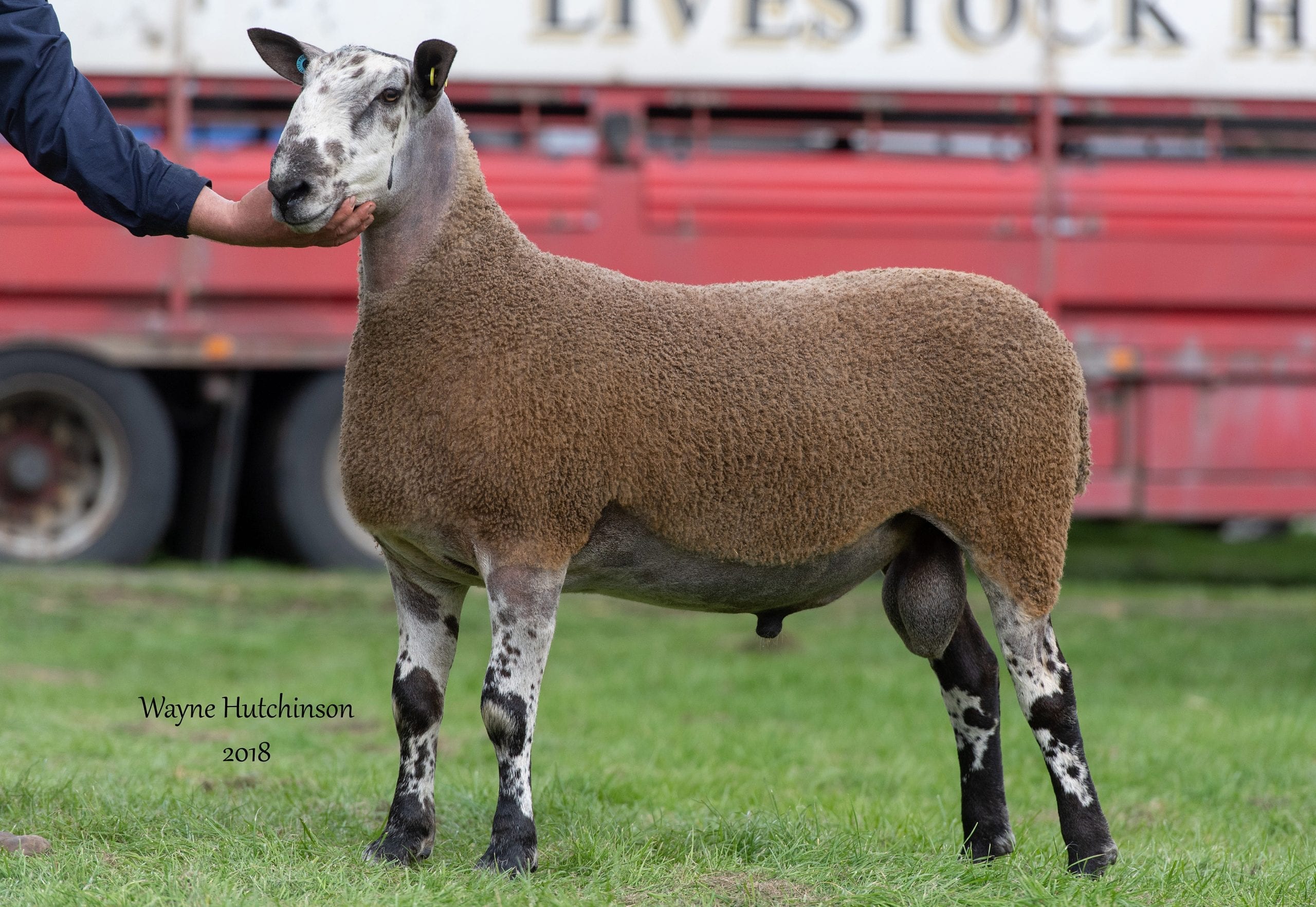 With 725 tups entered and two rings going full whack, it was a busy days trading at the annual Kelso jamboree. 540 tups found new homes over the course of a frantic few hours trading, and the slide in gimmer lamb sales didn’t seem to dampen the mood in the bidders. Shearlings over the two rings averaged out to a very respectable £940 for the shearlings, down on last years record trade, but at the same level from two years back.

Topping the days trade was a powerful shearling from noted breeder Obie Sharp from the Newbigging Walls flock. Her cracker was one of the last batches through the ring, with interest in the tup building all day and he raced away in the Lawrie & Symington ring to make £8000, the top price from the 50 head strong flock has taken to date. He is by the £15,000 Carry House tup which has been doing well between all the flocks who have a share in him, going back to a Midlock on his sire’s side and the homebred ewe is by a Duhonw sire which has also done well in the flock. He was knocked down to M/s McClymont of the Auld Tinnis flock.

Also enjoying a great trade and making a flock record price was John Dykes from the Mendick flock. They have been selling at the sale for well over 20 years and this boy was one of the best to come off the farm. He is by the D3 Red Cottage tup bought out of Carlisle a few years back and has proven to be somewhat of a bargain, and has some great genetics in his back breeding from Rossiebank and Nithsdale on his father’s side and Mosser Mains on his mother’s side. He was bought by Dona Williams from the Blackett House flock based in Eaglesfield where she runs 30 ewes. She picked him out for his sharpness and how he carried himself about. He certainly has a great presence and she had to shell out £6500 for the privilege of taking him home.

Another pen later in the sale which caused quite a stir was the Happrew flock, who had a great pen of strong powerful tups, again full of the £15,000 H2 Carry House breeding. Their pen leader has been seen out on the show circuit this summer where he clinched the Reserve Championship at the hotly contested Peebles Show, and 4th at the pre-sale show here at Kelso. This clean, bright shearling topped out at £6000, helping them to level out at just over £1900 for their eight shearlings. He was bought by the Hartside flock.

Hartside were in action early in the day too when they shelled out £5000 for K41 Macqueston from Alec and Anders Brown’s first tup in the ring, and only the second consigner of the day. This bare, powerful tup was by the C18 Highberries, which has been a big influence on the Macqueston both in the pures and the Mules too. This was their first year with shearlings at Kelso and they would be happy with the days trade selling another for £2800 and levelling at £1925 for the six tups they had there.

Dougie Fleming had a good trade for his tups, with his first, K6 Elvan, making £4400 in a deal with Northern Irish breeders Michelle Wright and Seamus O’Kane. This belter was by Midlock J21, a son of the £34,000 Kirkby Redgate and out of a Midlock bred ewe by the Tanhouse Farm tup.

The Reserve Champion from the crossing section came from the Finniness flock of R McKie with K5 Finniness, a son of the E1 Hewgill, used so successfully by Midlock, and out of a Hundith bred ewe by the Smearsett C3 tup. He sold for £4200 to M/s Jardine, Hardlands.

A brace of tups hit the £4000 mark, the first was the first tup into the ring and 3rd prize winner in the traditional pre-sale show, coming from Alan McClymont, Kirkstead. This son of the G1 Burndale, which has done so well for the flock, had already made his mark in the show ring, taking the red tickets in his class at the Highland and the Scottish Progeny Show. He sold to Philiphaugh Estates. The Kirkstead flock started the sale with a bang as their 2nd tup, a triplet, also sold well, fetching £3000 and the rest of the pen sold well too, with his 10 shearlings levelling out at £1940.

The other tup to hit the £4000 mark was the traditional Champion from Matthew Gray, Espley with his first shearling, K3 Espley, a twin brother to a lamb he sold for £1500 as a lamb last year at Builth Wells. He is by the £4500 Shrewbridge and out of a strong line of good ewes in the flock. He sold to new breeder Wayne Burrow, Preston.

Both champions in either section came from the Hexham & Northern ring, with Hunters from Steel picking up the red white and blue ticket in the crossing section. He was used as a lamb successfully for the flock and his mother is the half sister to last year’s £20,000 tup sold at Hawes. His two full brothers both sold last year for £3800 at Hawes too, so the breeding was right. He was early in the sale, and sold for £2000 to Lee Beacom, Northern Ireland.

Again, the demand for strong, powerful, correct tups was very strong, but the buyers set a high standard and didn’t settle for second best at all. 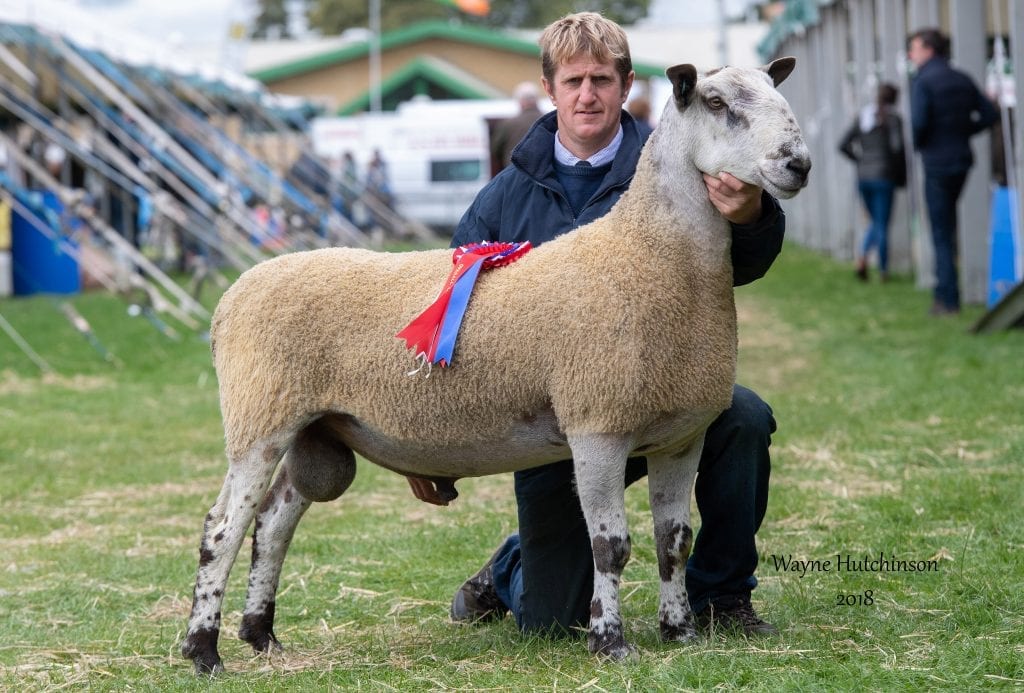 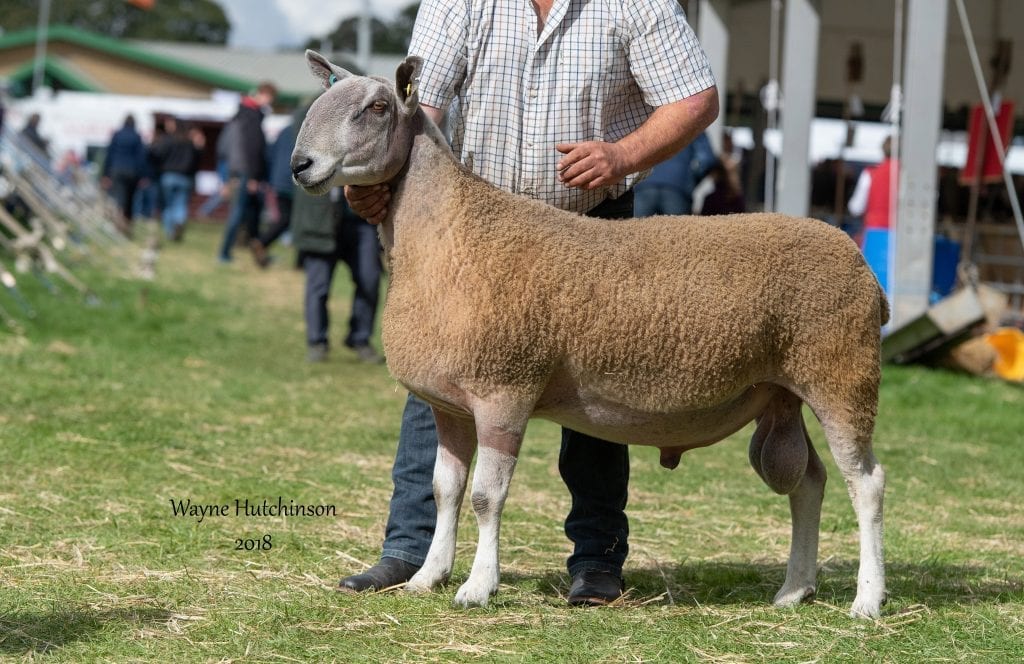 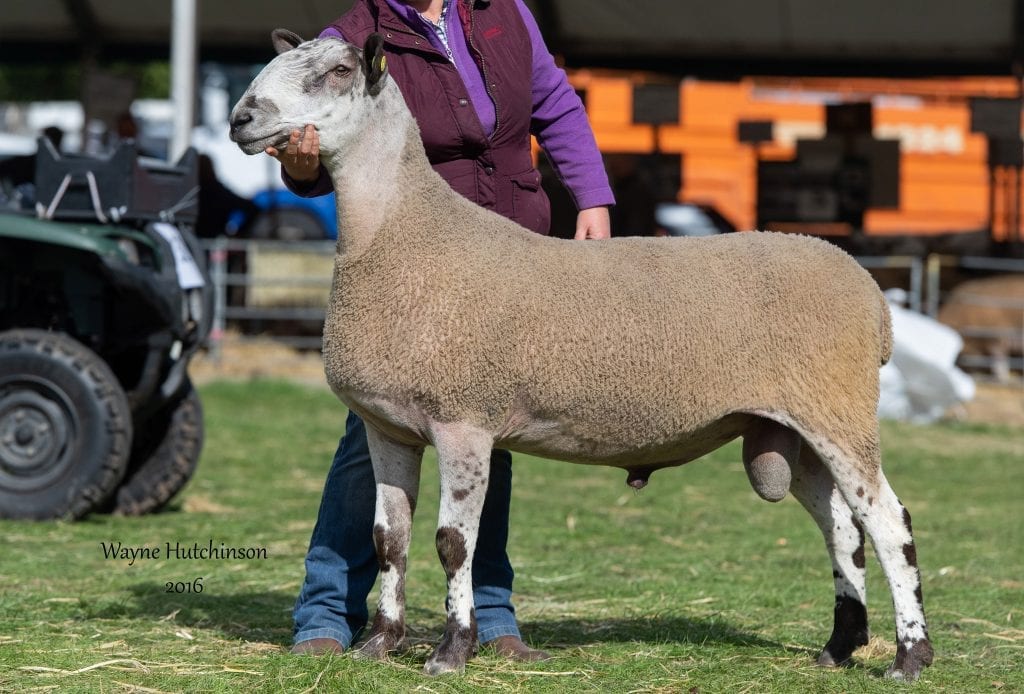 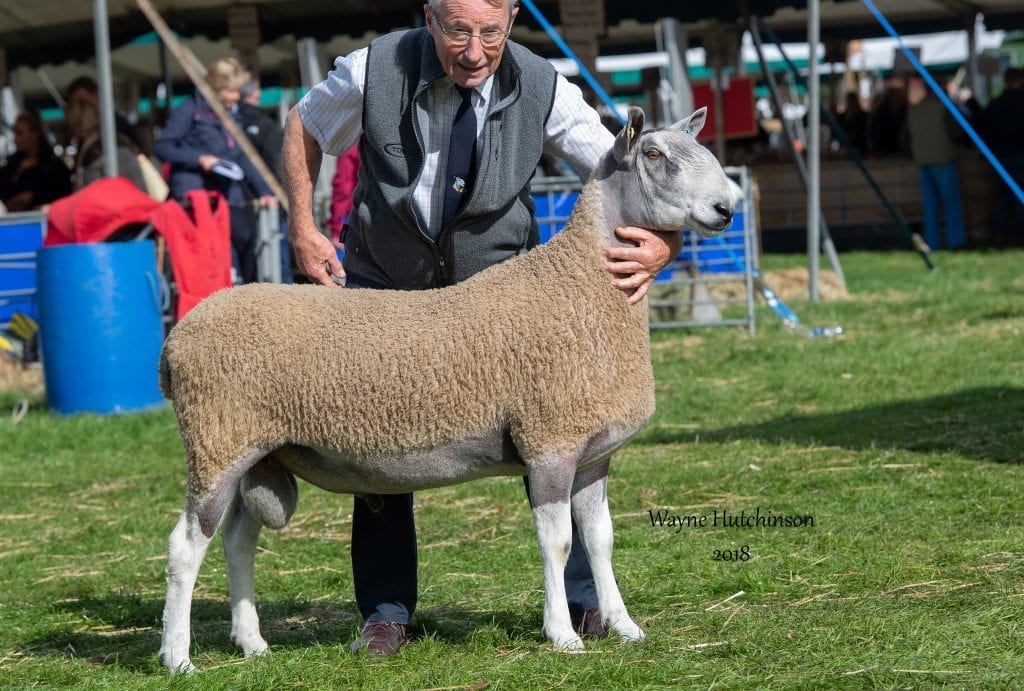 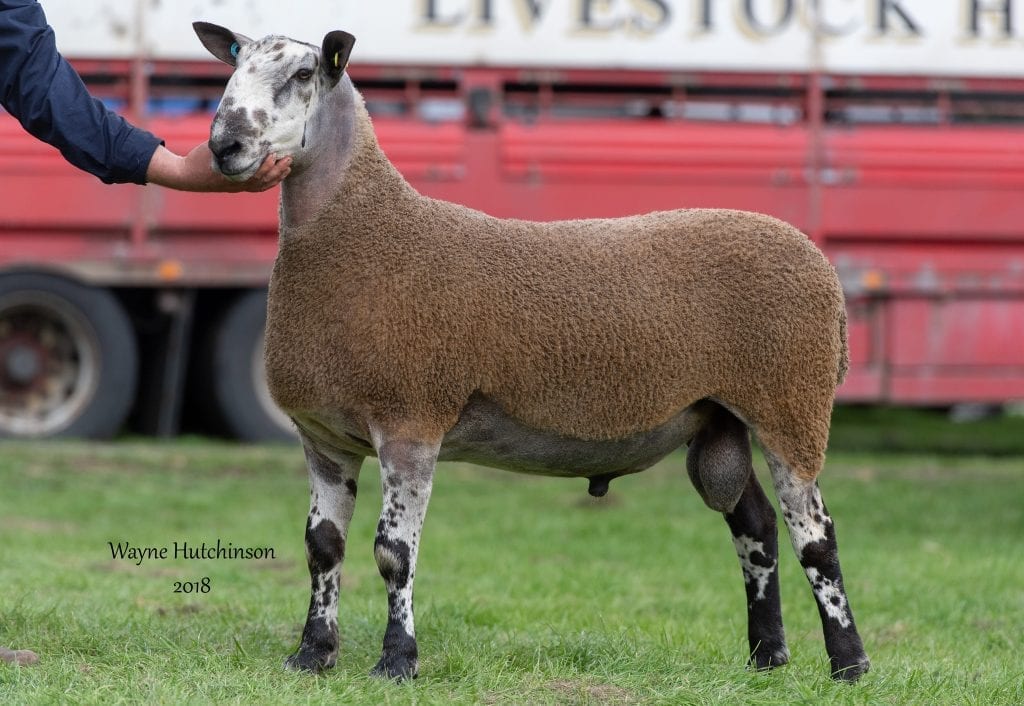 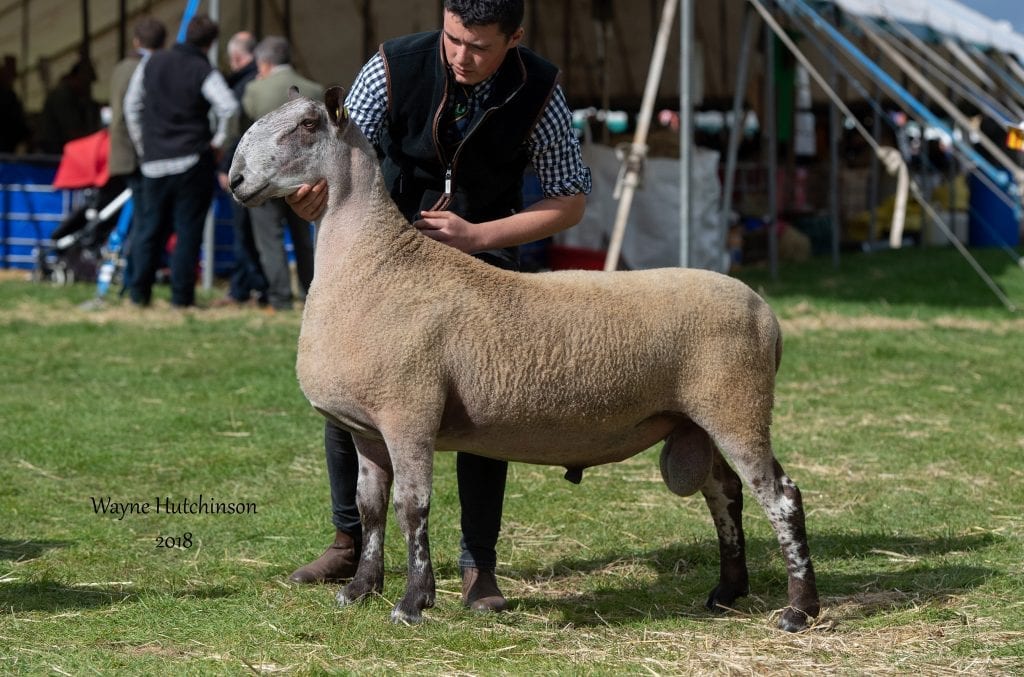 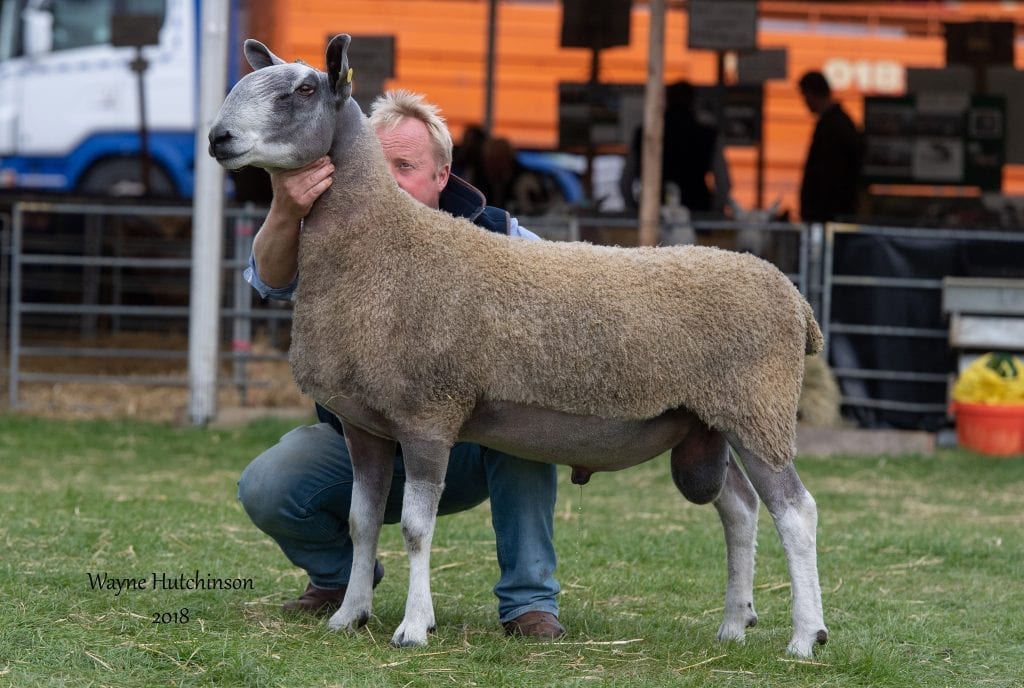 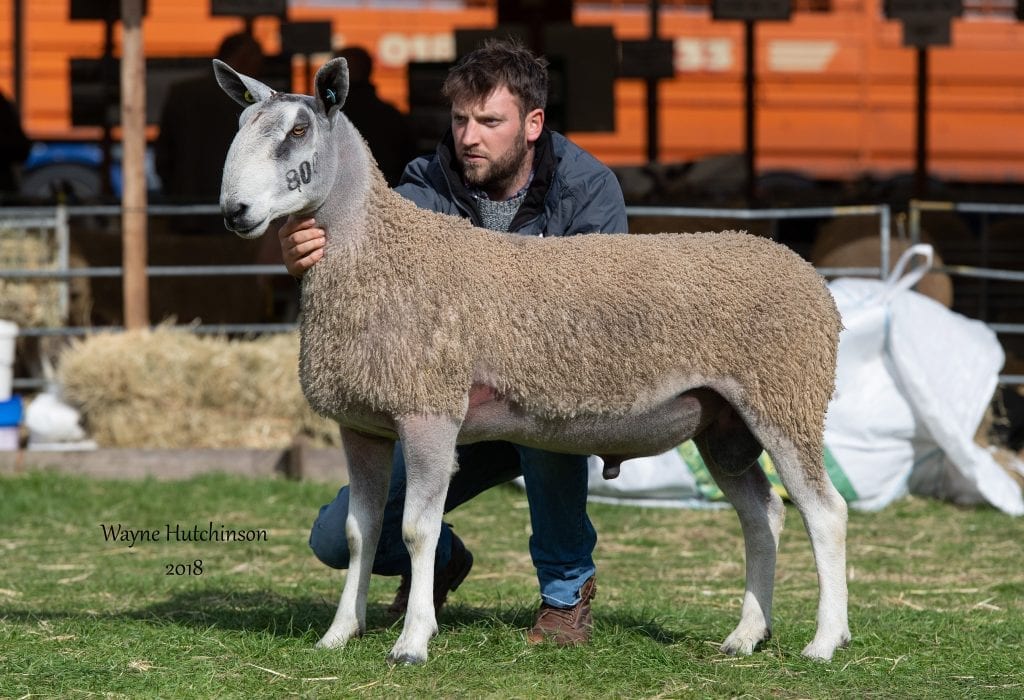 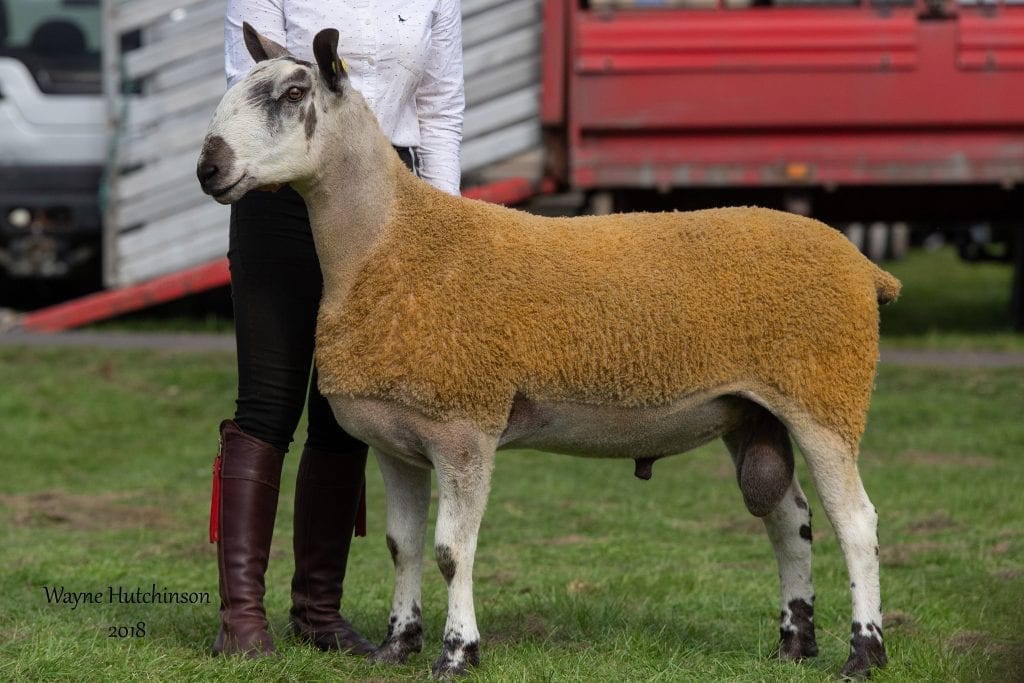 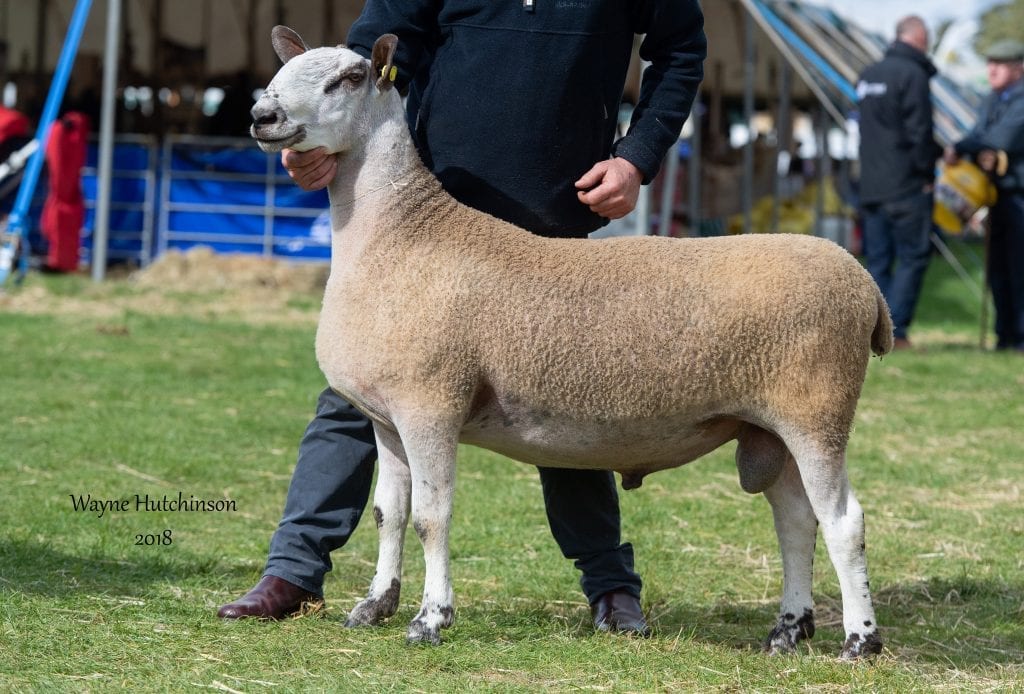 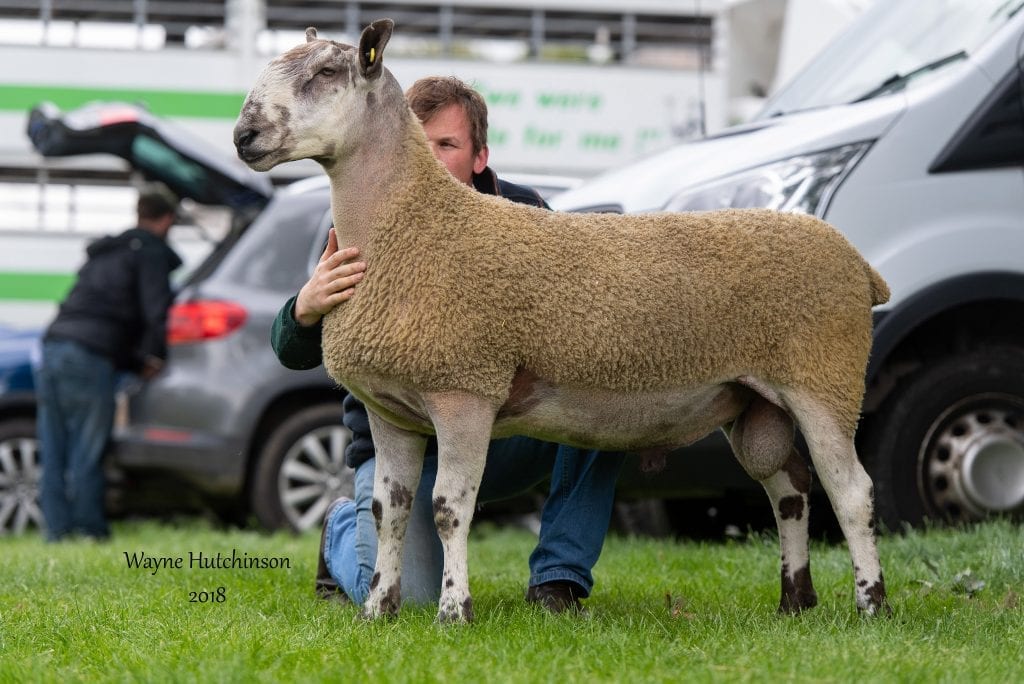 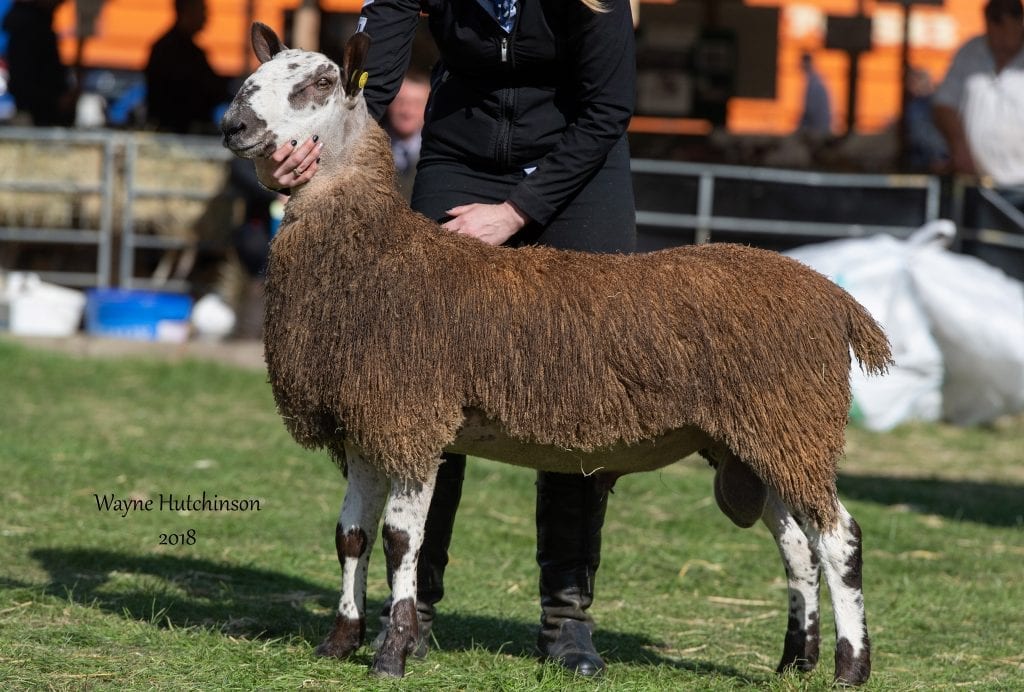