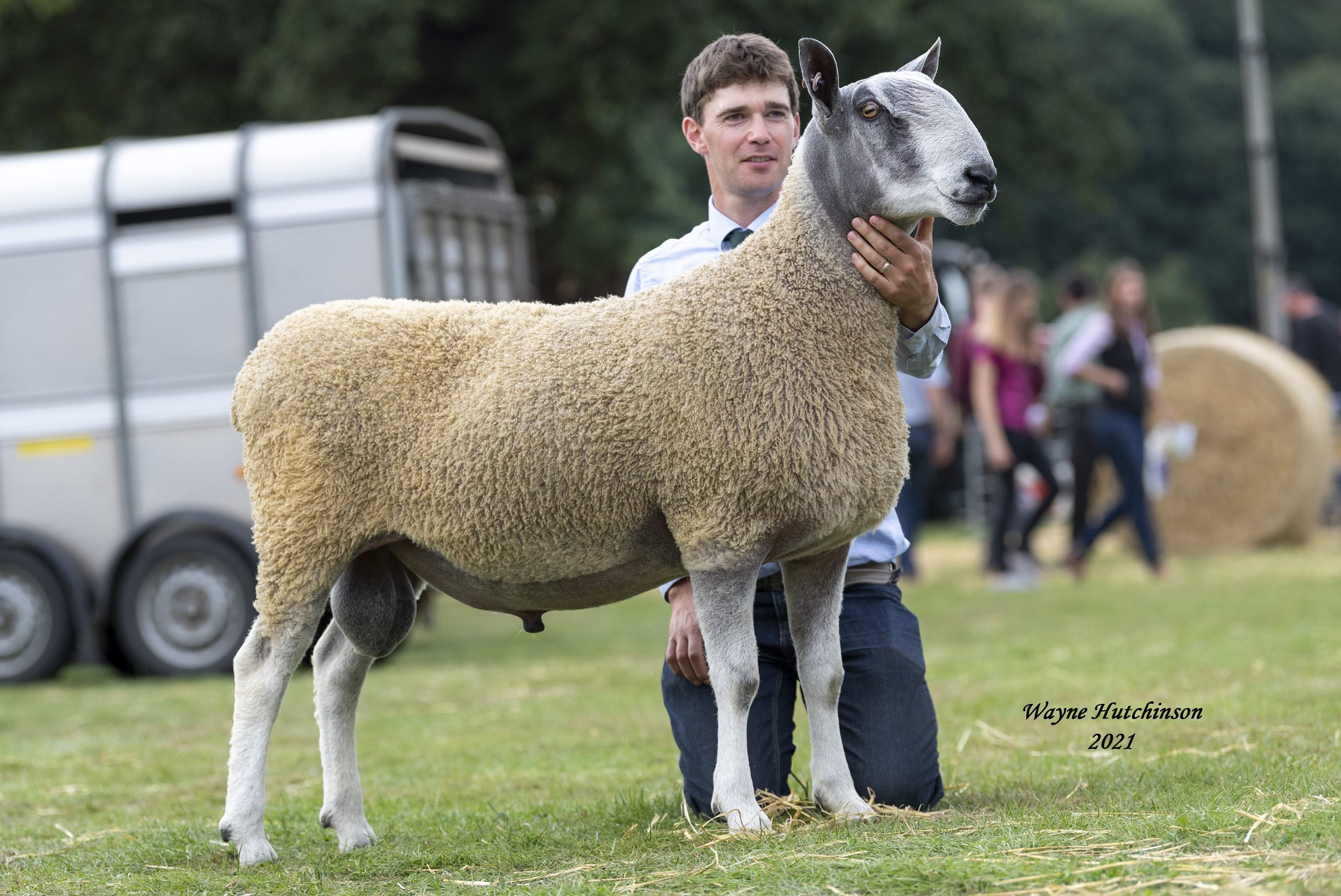 It was a welcome return to the Border Union showground in Kelso after the world-famous sale was scattered throughout Scotland and the North of England last year. There was a different atmosphere this year as the marquees normally covering the sheep pens were conspicuous by their absence, and the weather played its part by behaving kindly, as pre-sale worries were mainly concerned would it be too hot or even too wet? Trade in both Bluefaced Leicester rings was brisk with the hammer falling rapidly on each lot, with buyers not hesitating to bid. Compared to the last sale held in 2019, shearling numbers were slightly down, but, on the back of tremendous breeding sales for all kinds of mules, the averages were up nearly £280 with a massive clearance rate through both rings.

Topping the days trade was Lowes Fell N12, a powerful shearling from the Forster family, who were founding members of the breed. They smashed the flocks’ previous top price, set back in 1986, when they sold a tup for £4000. This boy, by a tup that was out of an old show ewe that they bought at the Rossibank dispersal sale for 3500gns a few years back. Interest in the pen was high and the pen leader was the one all eyes were on as he strode into the ring. Bidding was fast, with several parties all trying to get in the action, but the last man standing was Frank Johnson, Ashes, who held his nerve to land his number one target for £9500.

The first tup through the Hexham & Northern ring at the new start time of 11am was always going to see a full house, with Alan McClymont, Kirkstead, setting the pace for an extraordinary day. His tup shearling first into the ring stood first in his class at the Highland show and has gone on since then, filling out and brimming with sheer presence. He is out of the flocks show ewe by D17 Shrewbridge and by the evergreen G1 Burndale, and the bids raking up rapidly, with the hammer to fall at £7000, the best price yet from the Kirkstead flock, selling to Wayne Burrow from the Arkenfield flock, Preston. The Kirkstead flock enjoyed a great trade with seven others at £2000 or above in their run.

With the popularity of the Cheviot mule increasing year upon year, demand for the traditional tups hasn’t been as strong for some years and demand here at Kelso was full on, with buyers around the pens and sale rings all the time. Other prices saw a bid of £3400 for West Bolton N2 from the Smith family, selling to Matthew Seed, Auchry. This son of Gornal K34 has an index of 167 in the breed classification, putting him well above average, and this is a tool that more breeders are looking as an extra tool when buying their tups.  The purchase by Matthew was part funded by his tup lamb, which was top price in the Traditional section, hitting £1100 for a Cassington N21 sired lamb, with an index of 239, just out of the top 5% of the breed.

Tudur Harris had a long trip North from South Wales, for his debut at the sale, but it was deemed worthwhile as he fetched £3200 for his much-fancied shearling which was the Male and Reserve Overall Champion at the Welshpool progeny show earlier this year, and sold 6 shearlings to average £1400, so it certainly paid the petrol money. 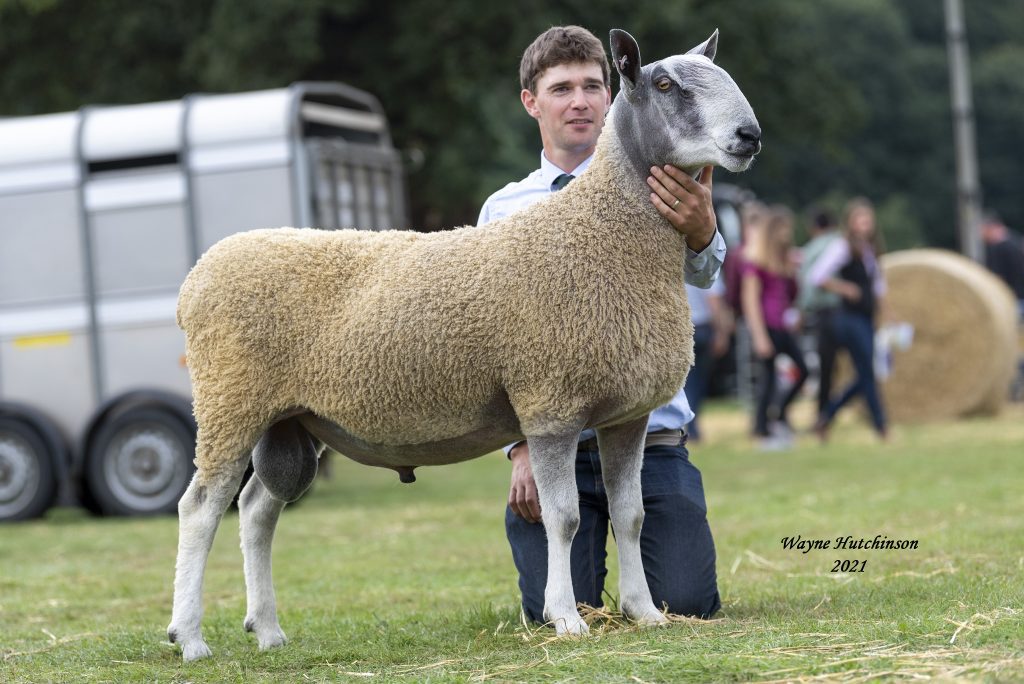 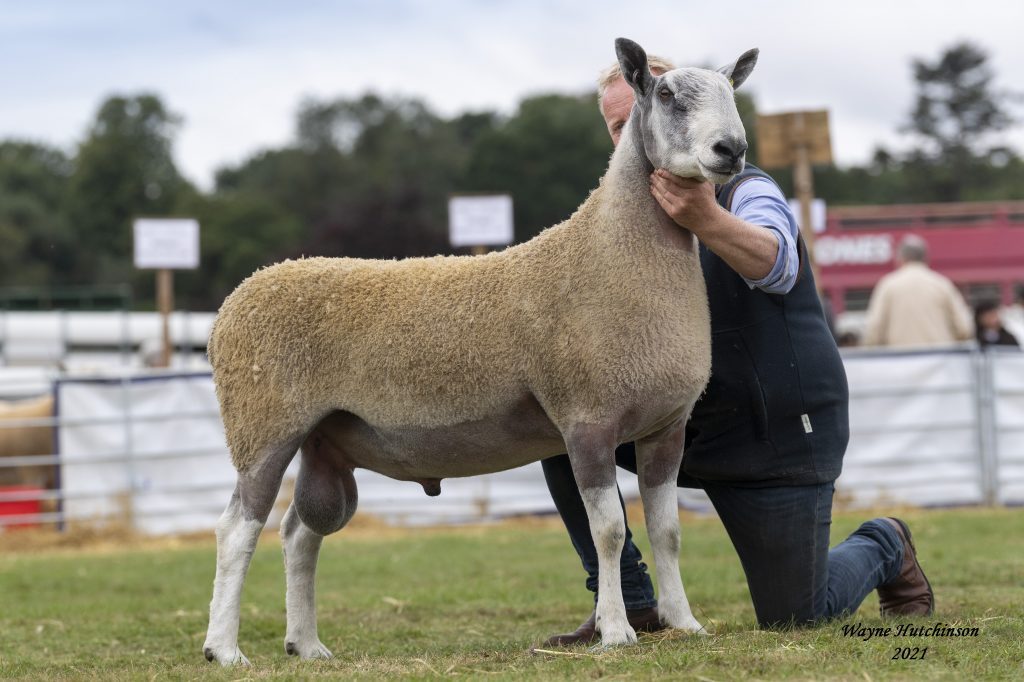 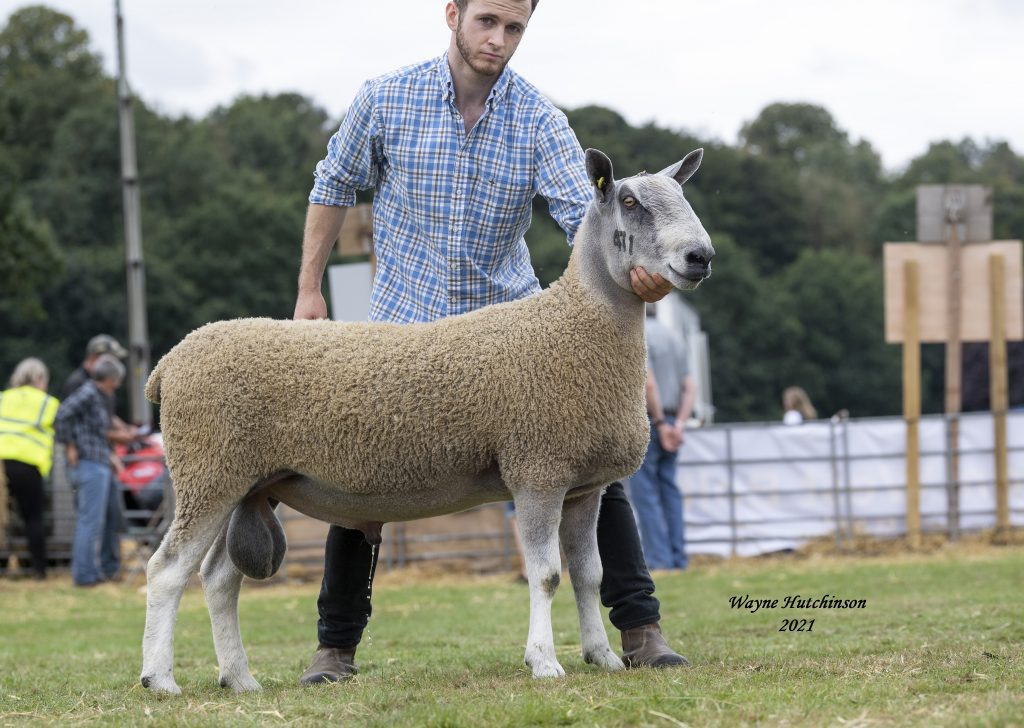 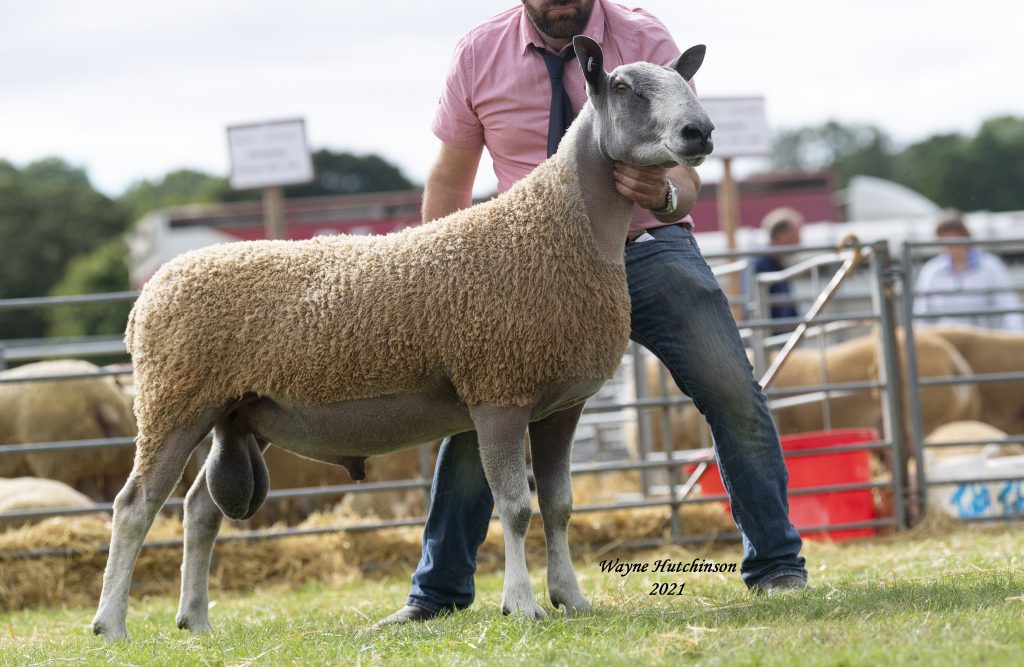 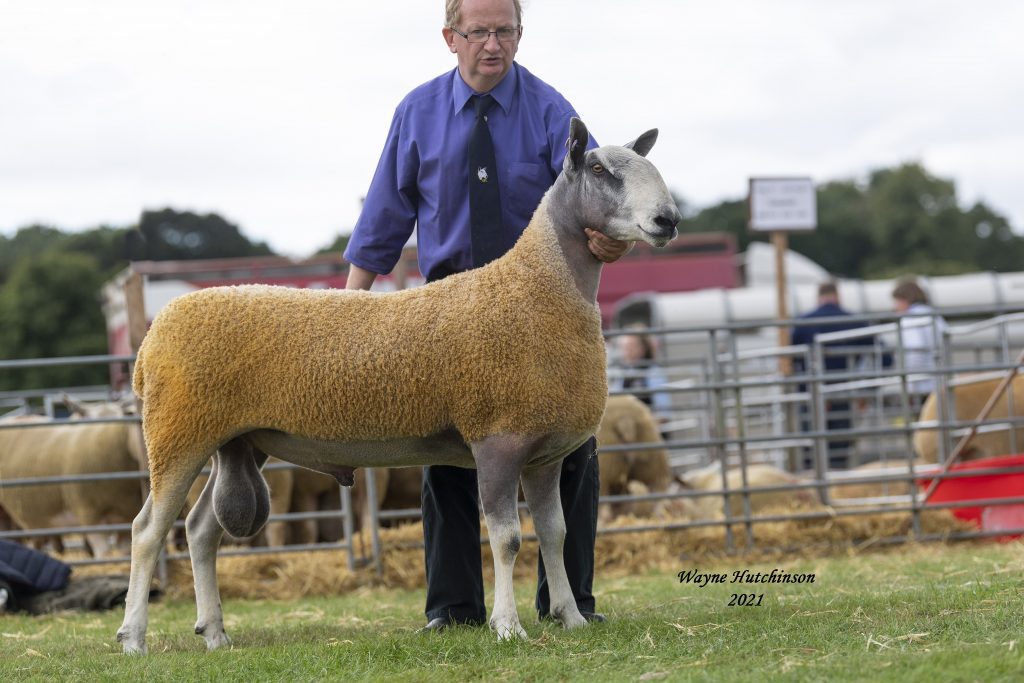 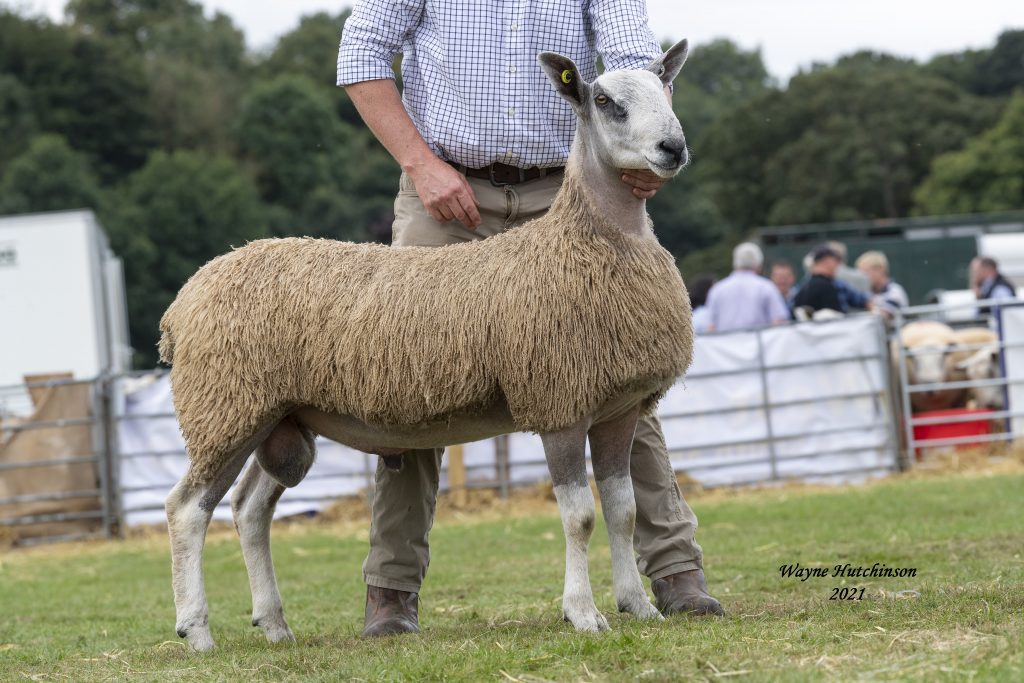 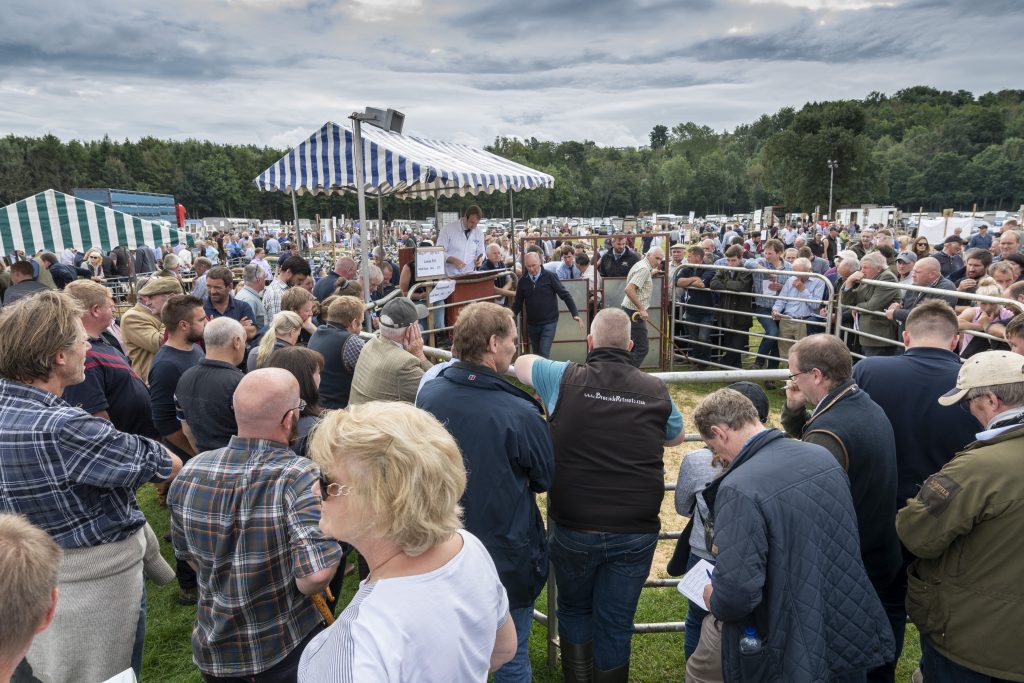 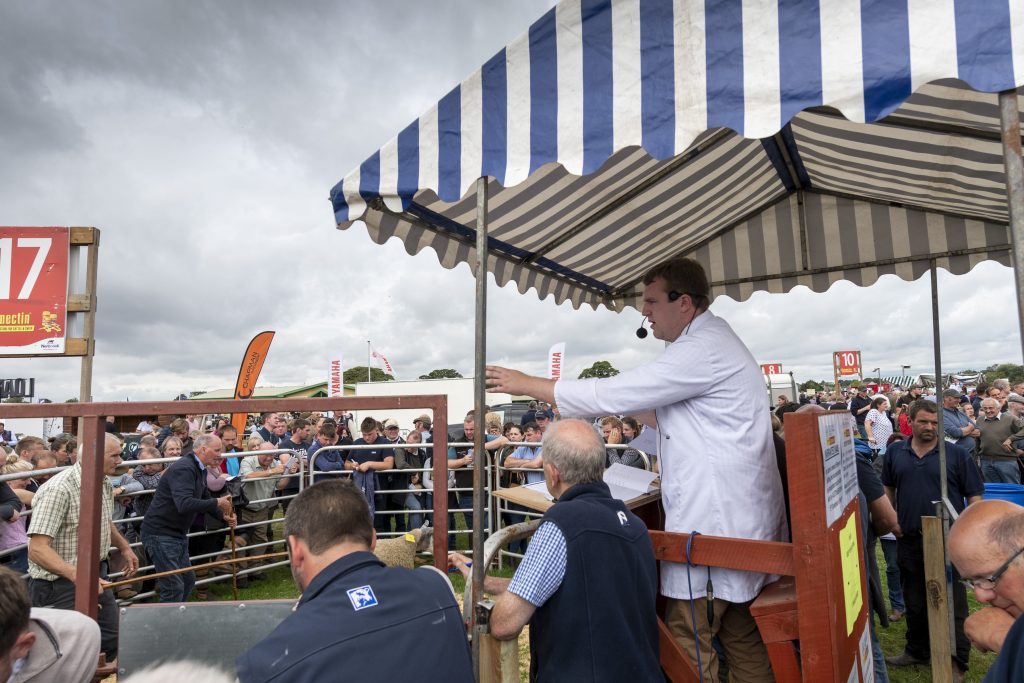 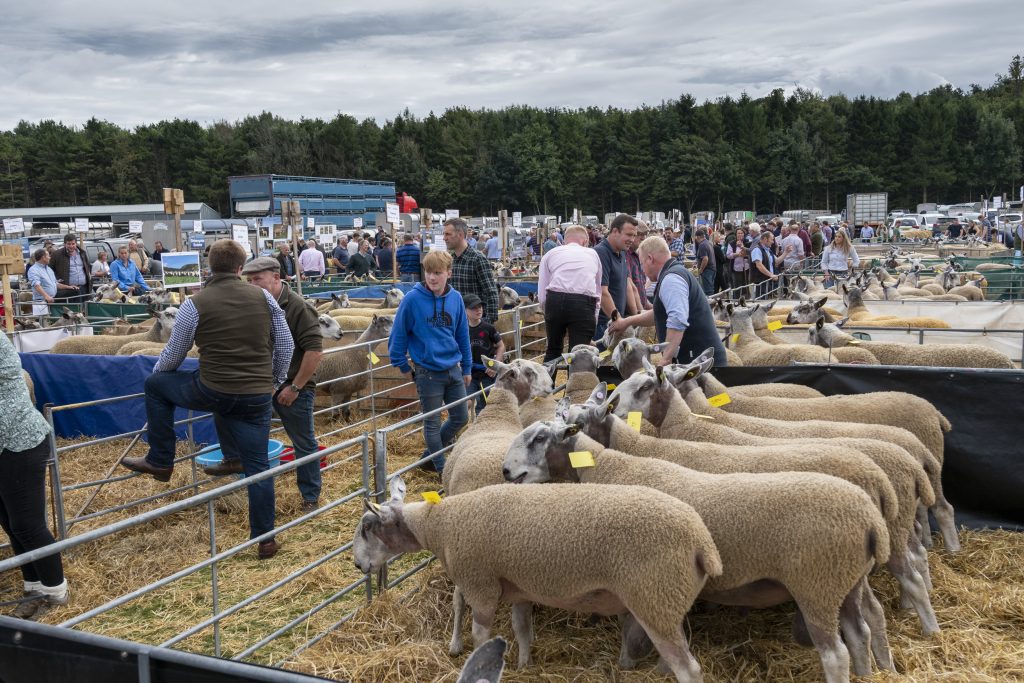 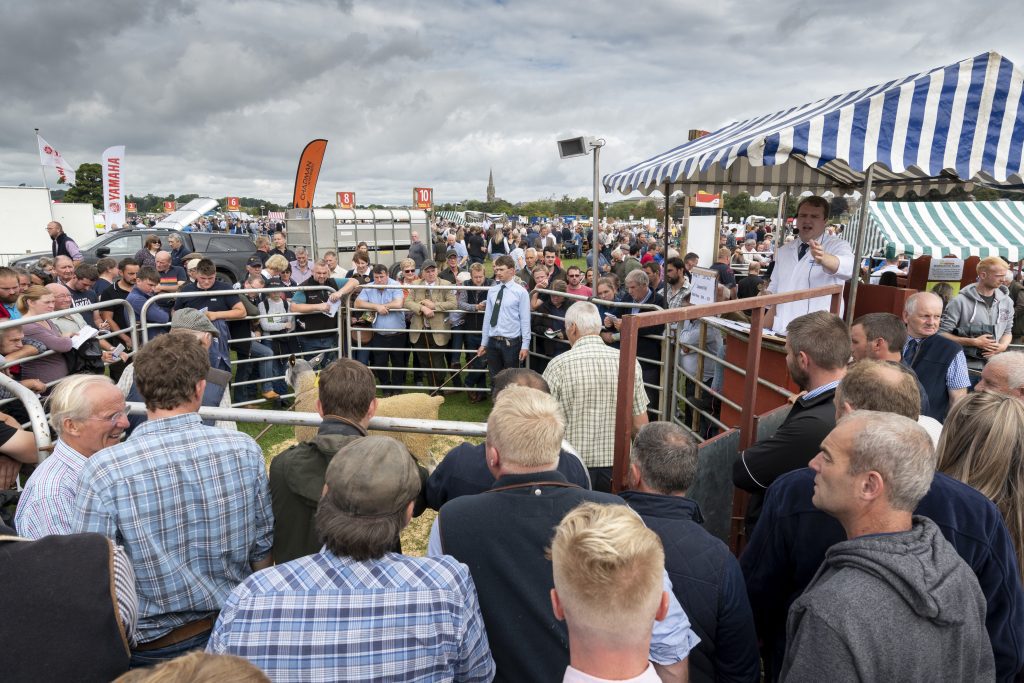 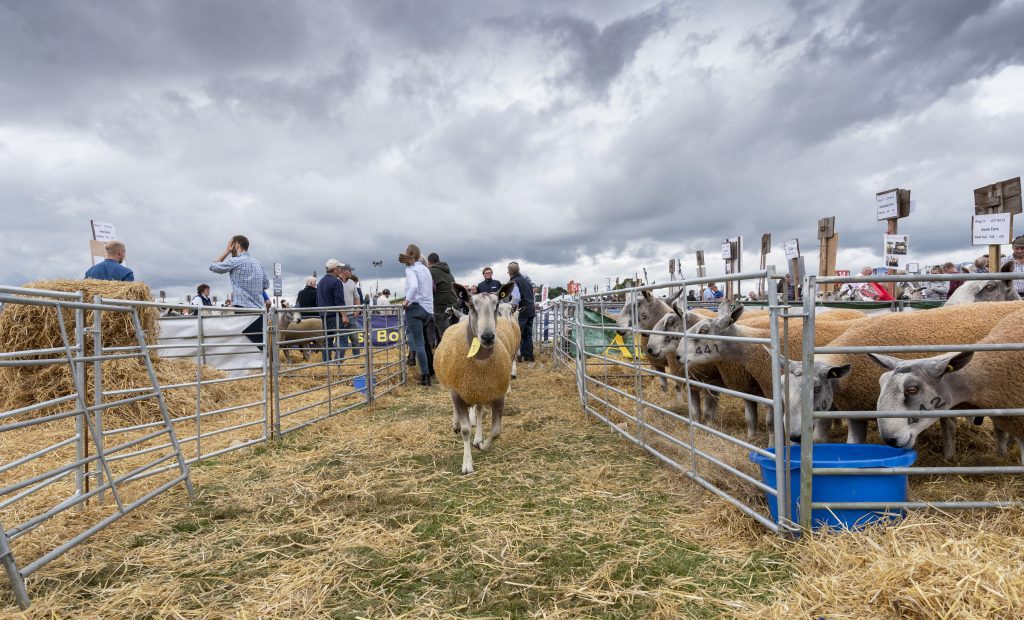 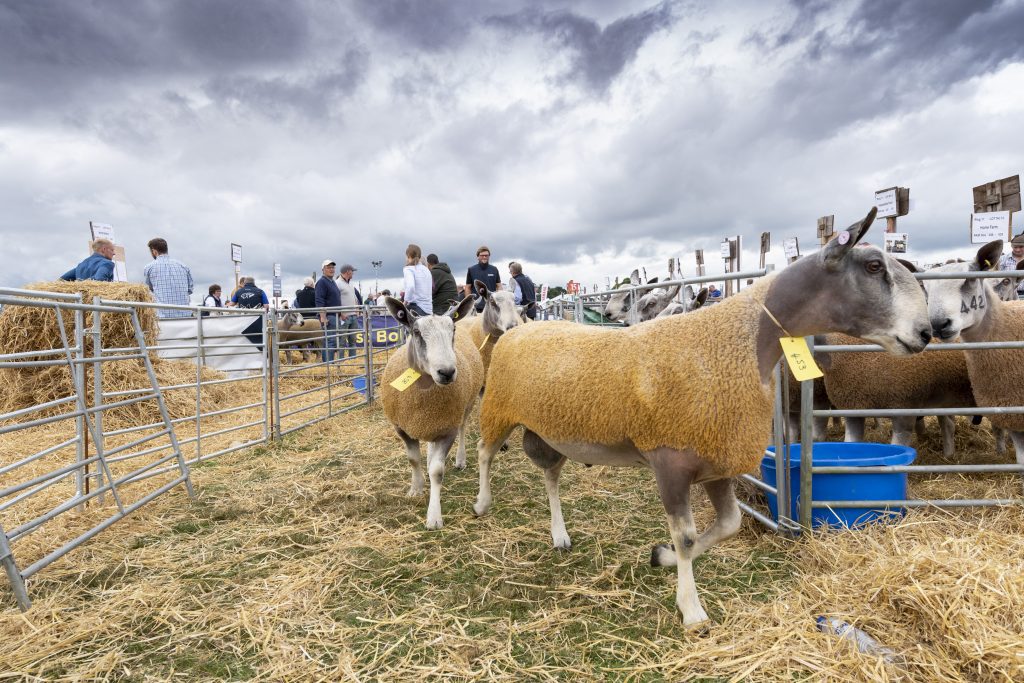 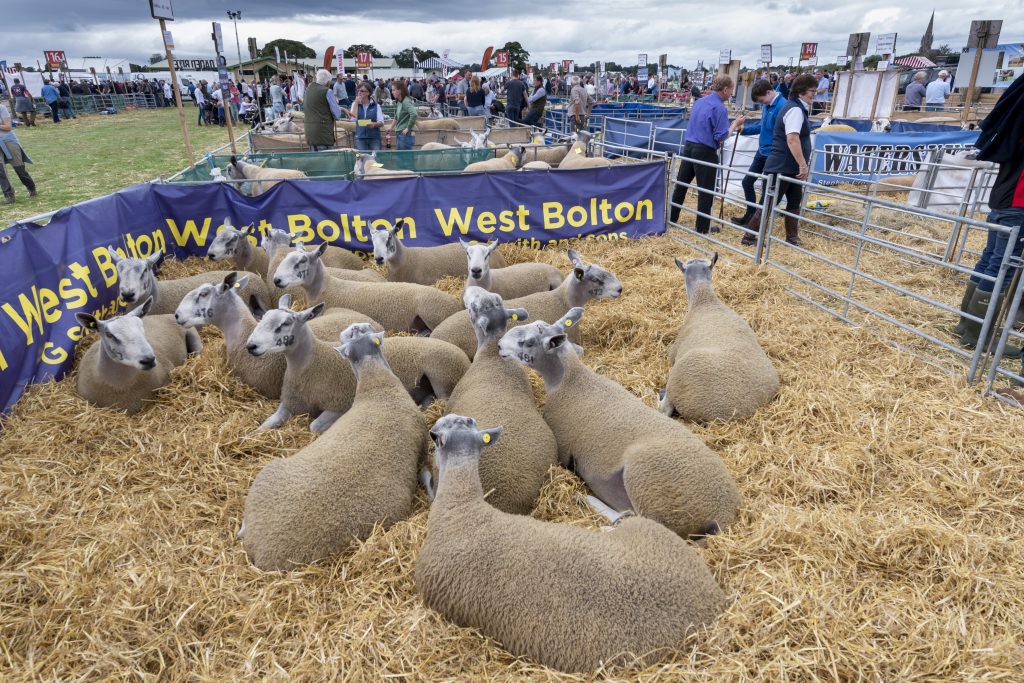 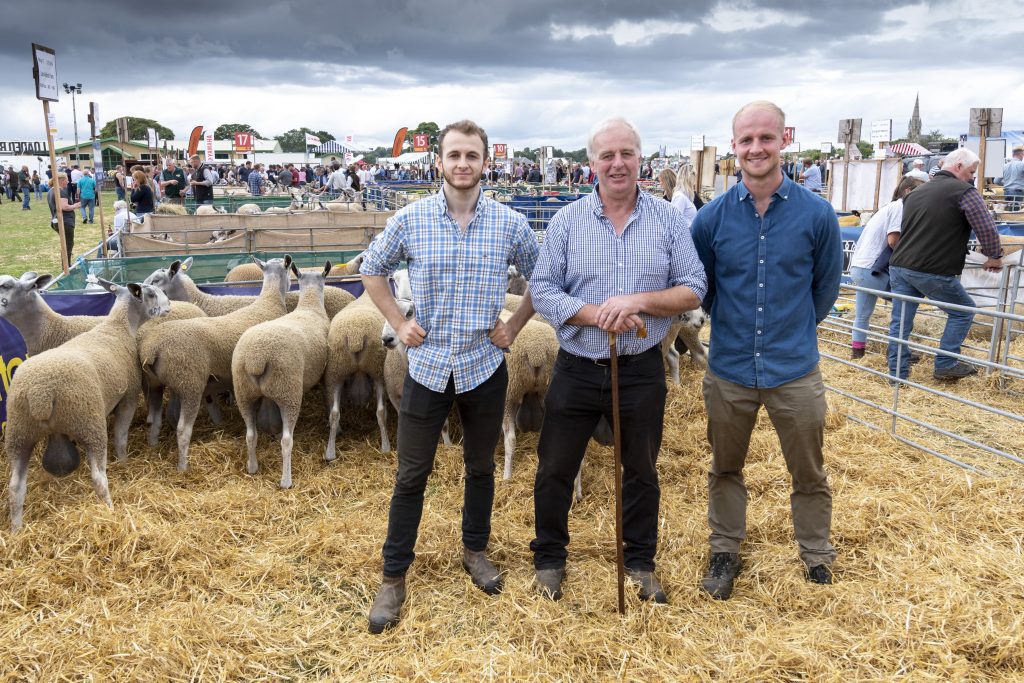 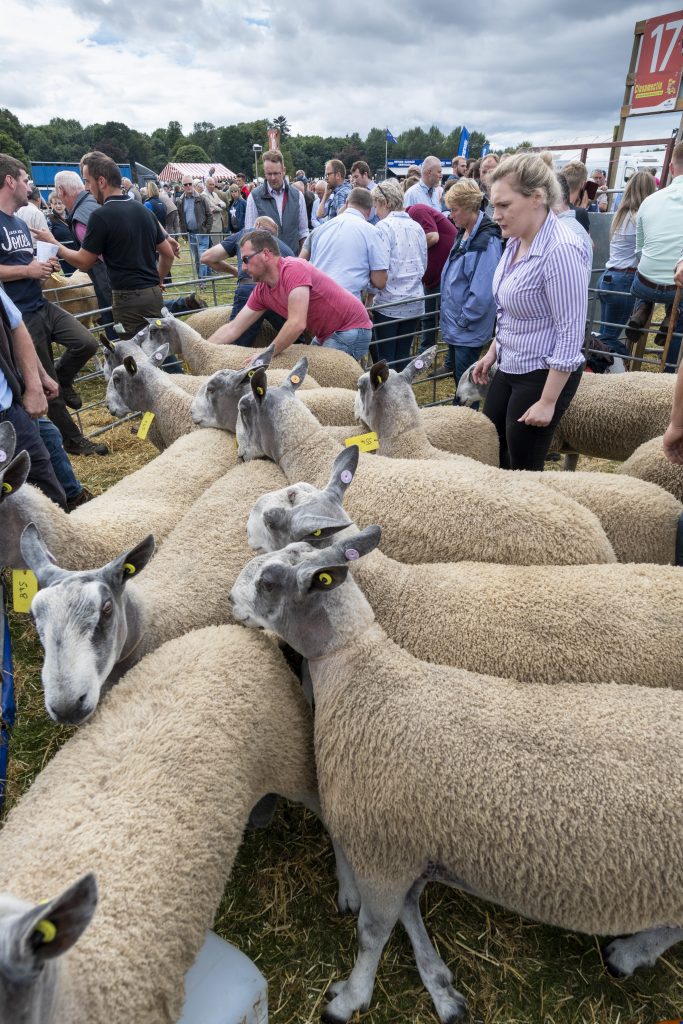 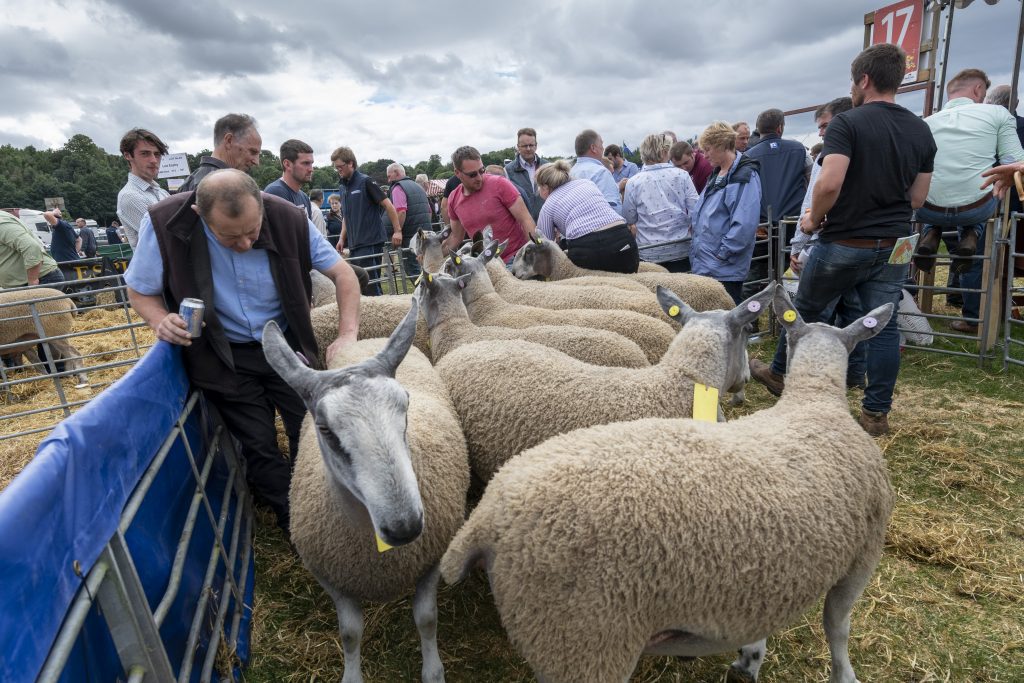 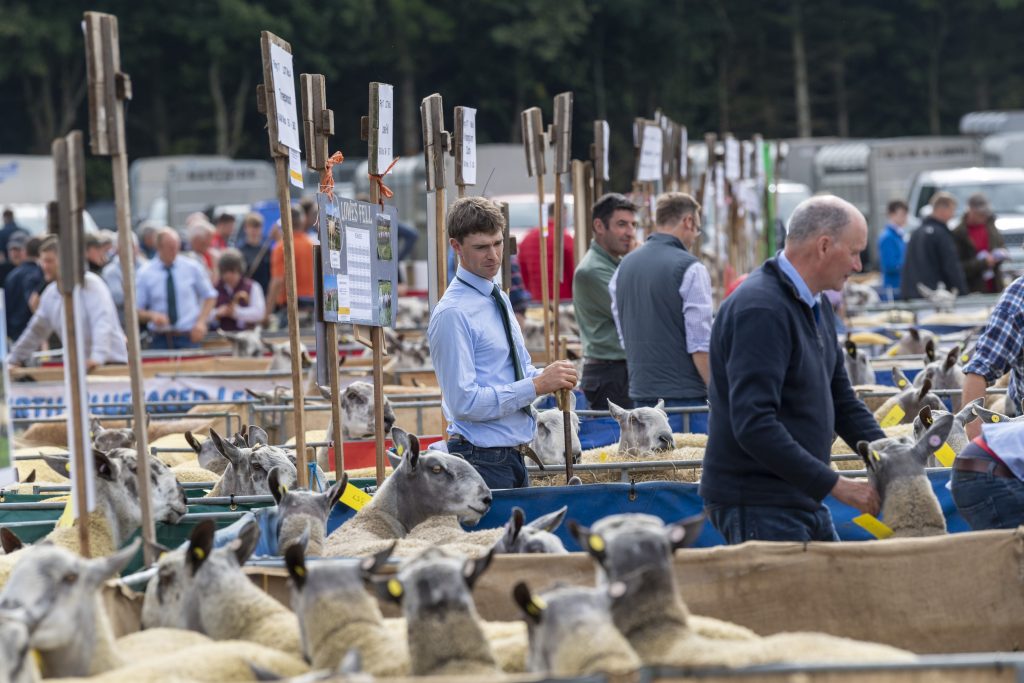 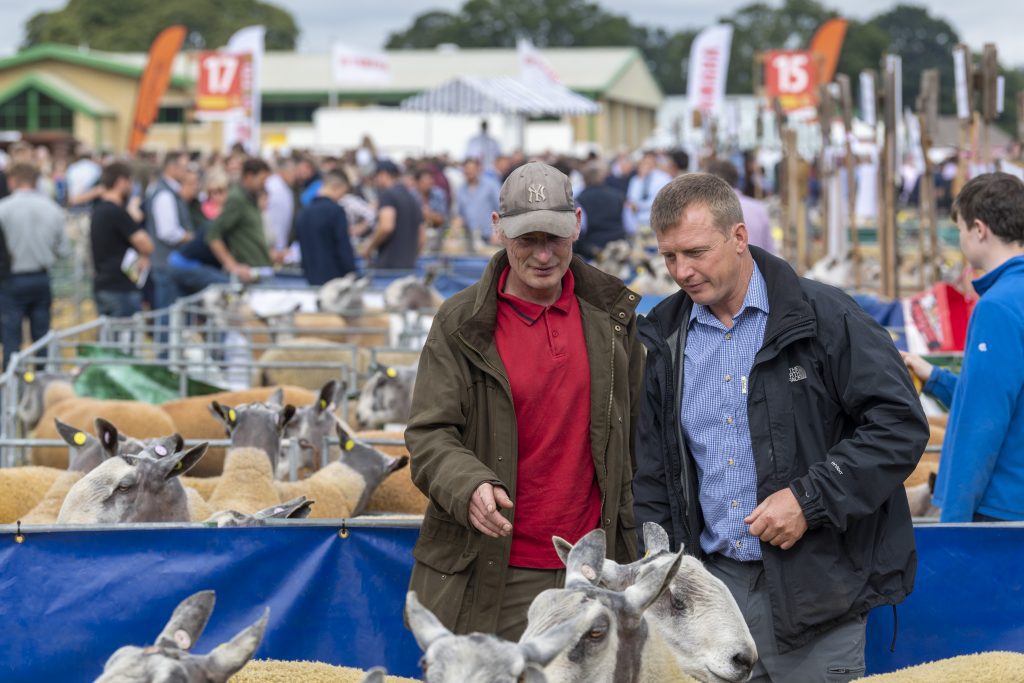 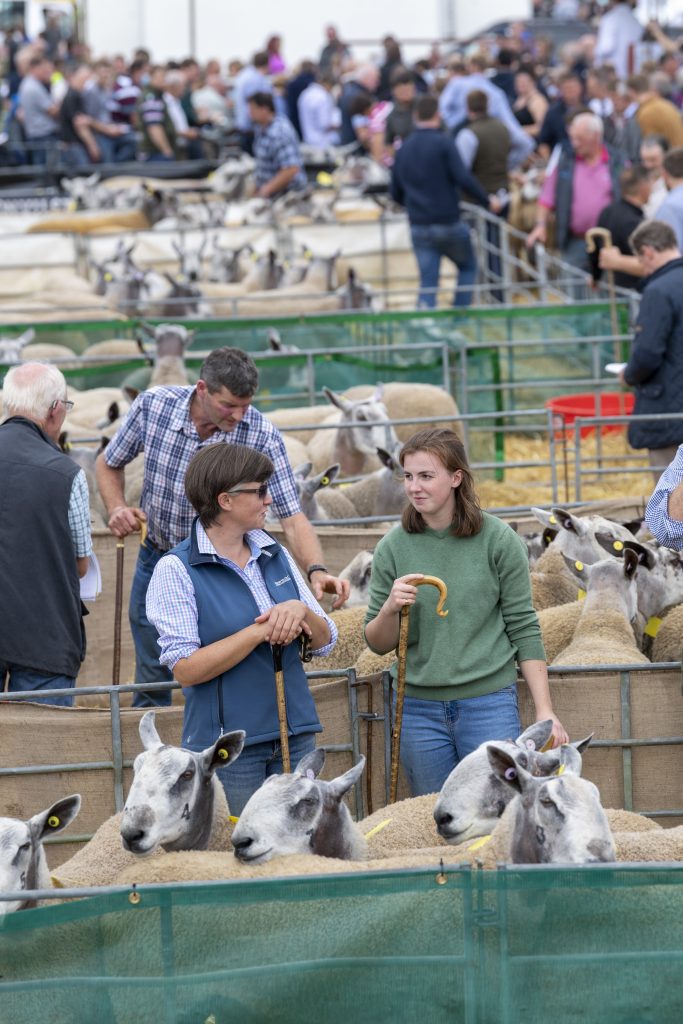 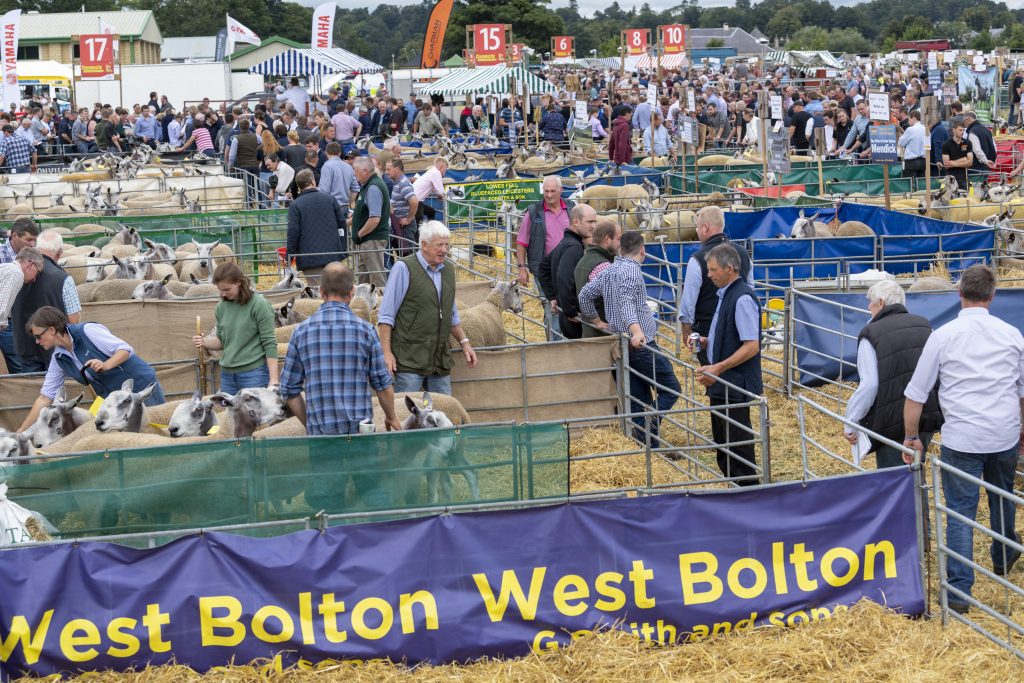 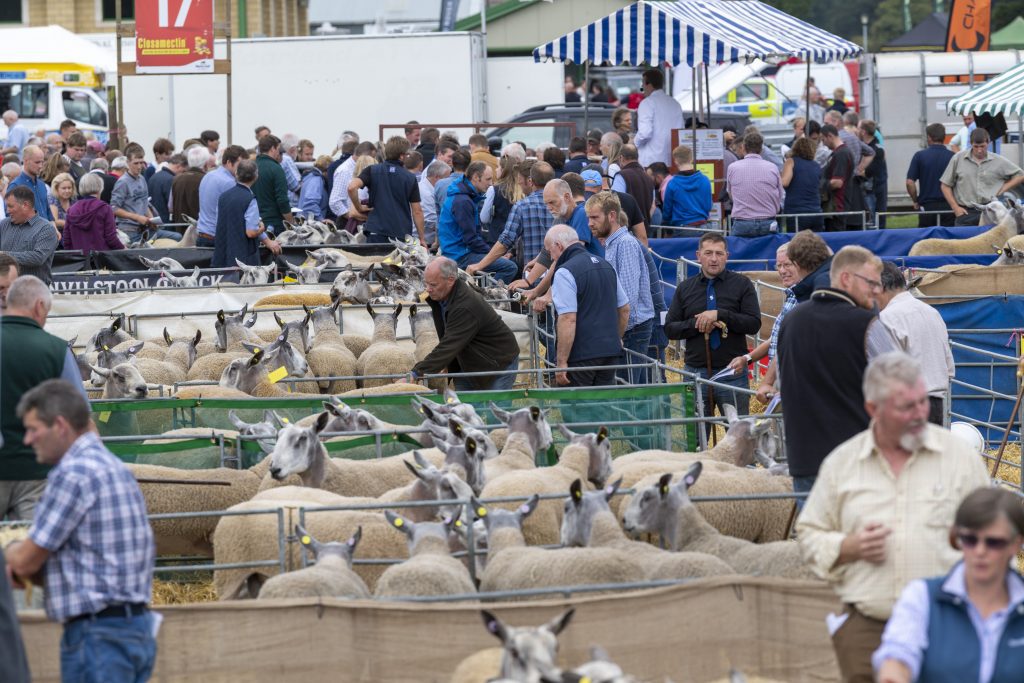 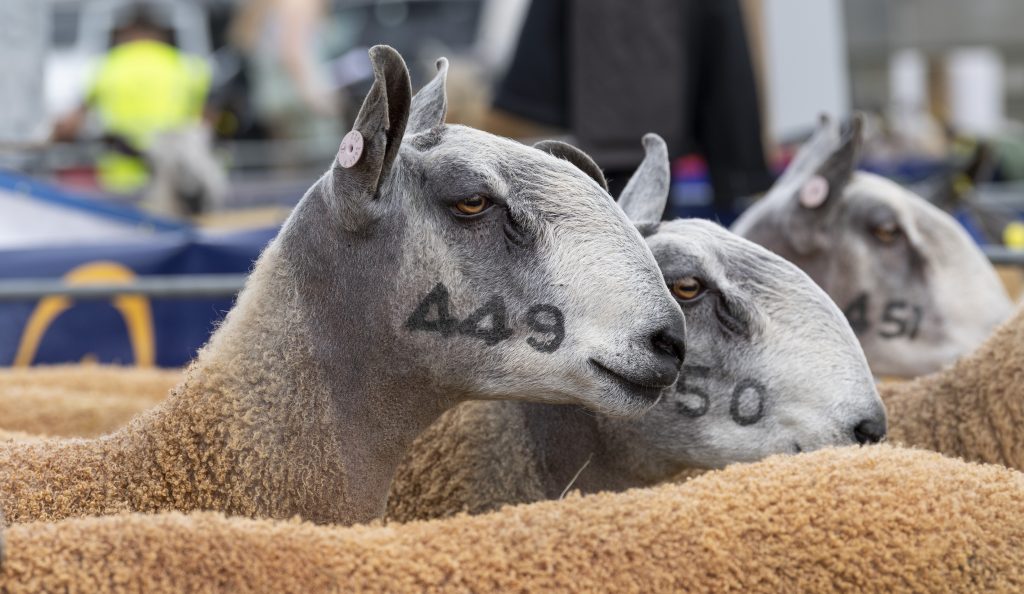