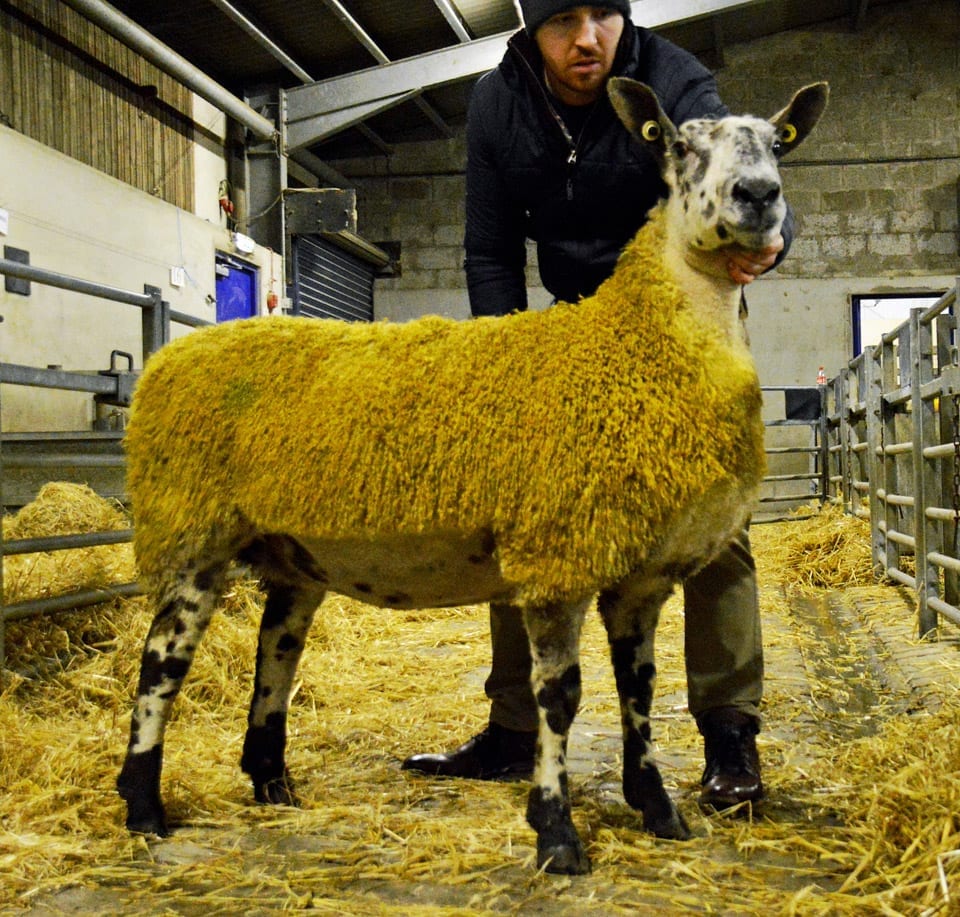 With the change of date and the on-going PHA guidance there was an impressive crowd.  The sale met a good trade for the higher ended sought sheep at Ballymena, which saw a healthy entry of sheep coming under the hammer, with the online bidding facility many sheep found new homes, with a few heading across the water and others to the Southern Region.

Topping the day’s trade was a J37 ewe from the Temain Flock, her bloodlines date back to the renowned G1 Cottage ram.  This attractive ewe caught the eye of one of our local regional members, Adam Porter from the Braeburn flock sustaining his interest for the hammer to fall on him at 2500gns.  The ewe had a proven track record, having mothered the Ballymena 2019 Blue Champion and breeding two gimmers in the sale from the same flock.  The Temain flock’s high priced lots continued with their J91 Kirby Redgate  ewe, this high flier carrying twins to Firth will be finding familiarity as she travels back to the Hutchinson’s farm for 1400gns.  David Bell from Ballyronan a new member to the society has embarked on his breeding journey, following through to purchase their 7K Holmview bred ewe carrying twins to Firth for 1100gns.  Her bloodline includes both the G1 Cottage and J1 Carryhouse which will complement the starting of any flock.

Porter’s force continued as William Adam’s team came under the hammer, Porter followed strongly to outbid the rivals for the K44 ewe, ending with the winning bid of 1850gns.  Her trail of success left this ewe in high demand; her colour and size drew attention. However, holding the title of Balmoral Reserve Champion in 2018 along with breeding a 2K lamb sold at the premier sale in September left this an easy choice for Adam Porter. Holmview’s high flying prices continued with his ewe lambs, his Dazzler bred lambs N73 and N50 1750 and 1400gn respectively grabbed a lot interest. These pen jewels, with their lovely clean colours and smartness coupled with their bloodlines will now reside with Michelle Wright from the Mullaghwee flock.

The Moneygran flock featured well on the day with their M16 sheep; a tidy gimmer shearling, full of style and colour as well as having the best bloodlines on the market in their dna.  This blood originates back to H1 Skeughdale and Duhonw F1. This K11 Old Hemley is in lamb to M1 Yorehouse; the sire of many of the highest priced lambs this year saw a real appetite between the buyers.

The attractive sheep saw the hammer falling at 1560gns to Frank Molloy from the Southern Region. Falling closely behind was Moneygran’s L13 ewe, with almost identical blood travelling through her and carrying a single to Yorehouse the final bid landed with Eoin Loughran from the Hilltop Farm, farm.  Her character, style and colour will be an asset to any flock.

Declan Mc Killop from the Gaints Causeway renowned for his high quality stock didn’t disappoint on the day. David Bell chose the sale to start the bones of his flock and his journey continued into Mc Killop’s pen.  Following through to land his L41 Happrew bred ewe, David saw the niche for next year’s market, the H1 Duhonw, F4 Firth and in lamb with triplets to the famous Popeye saw the bidding end at 1000gns. The Gaints Causeway flock saw their Popeye breed ewe lamb travel home with Kiernan Mc Fadden for 1000gns for a powerful and stylish sheep. 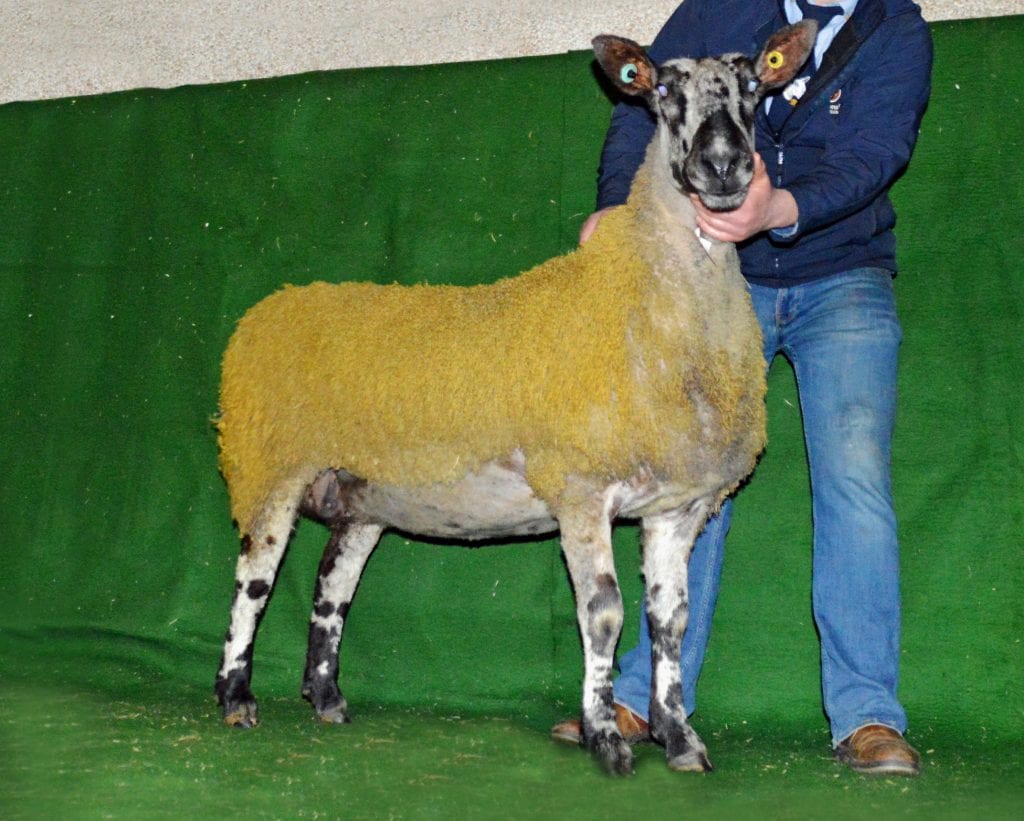 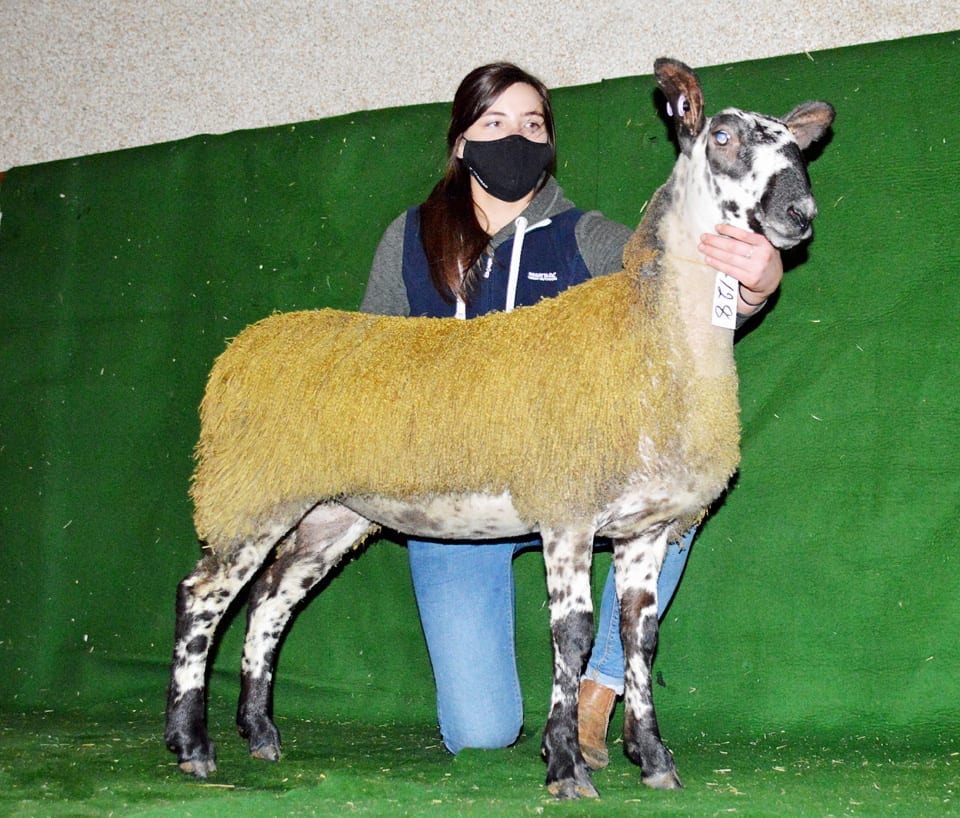 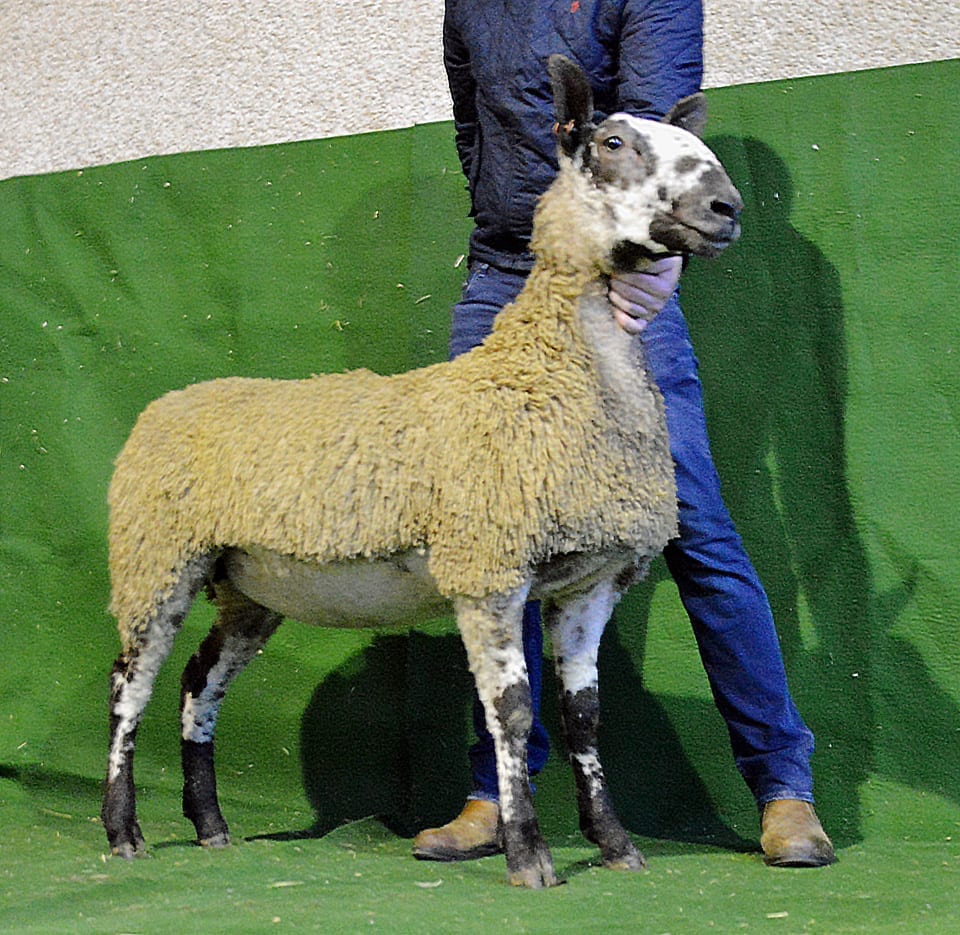 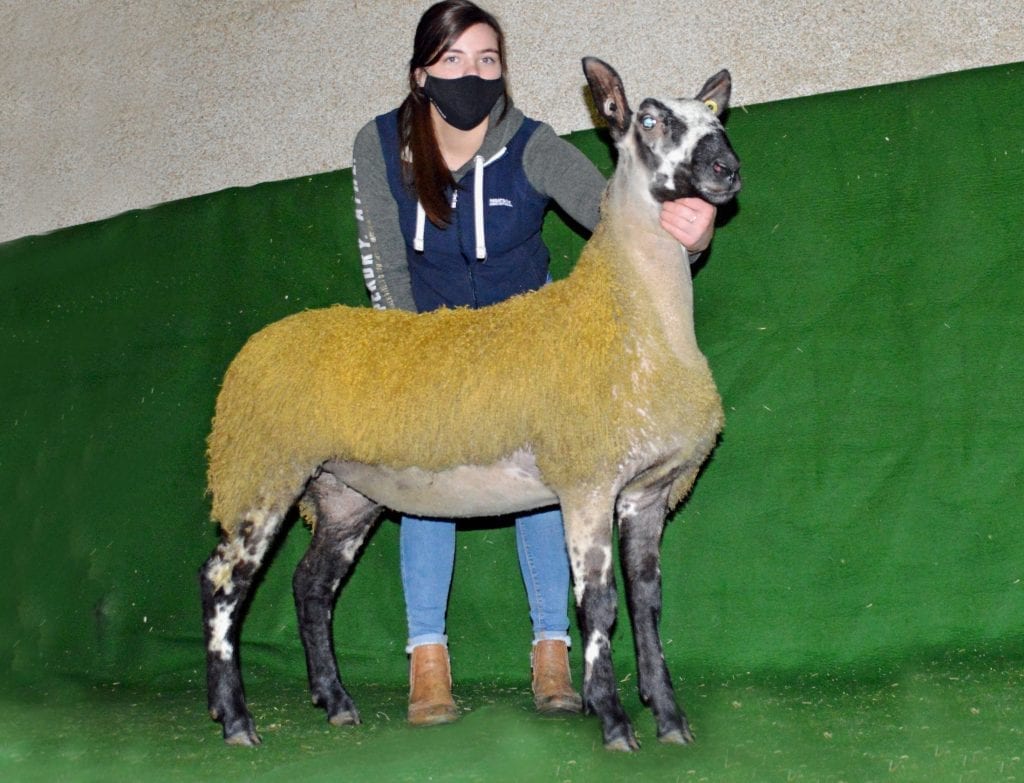 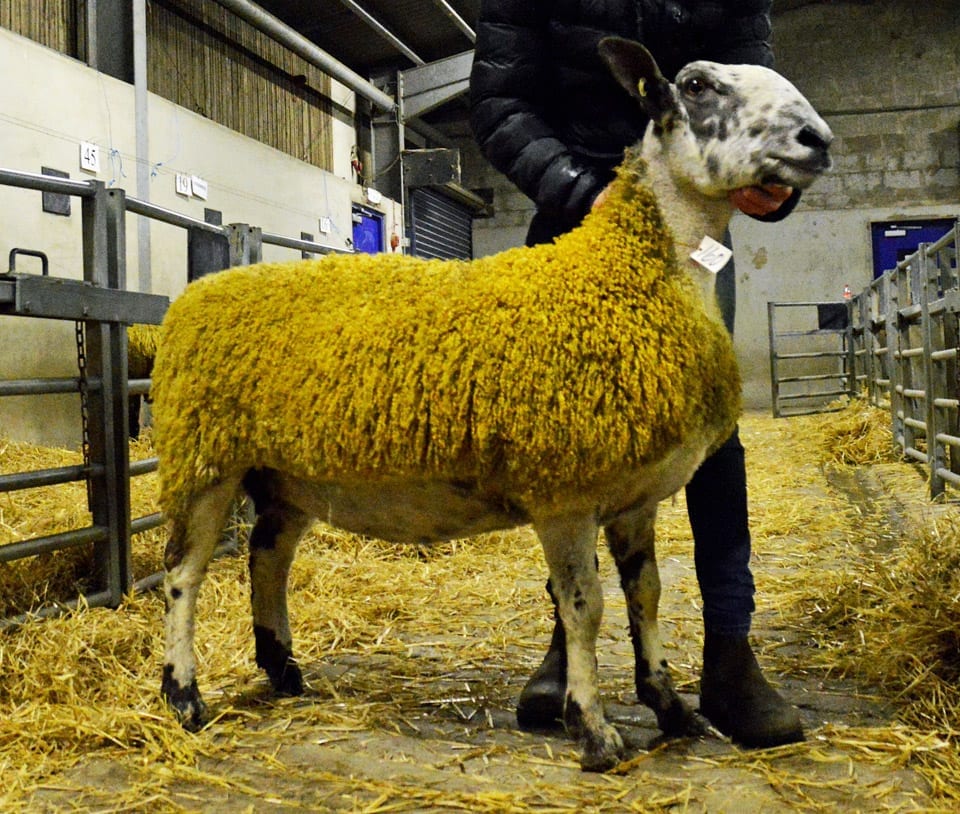 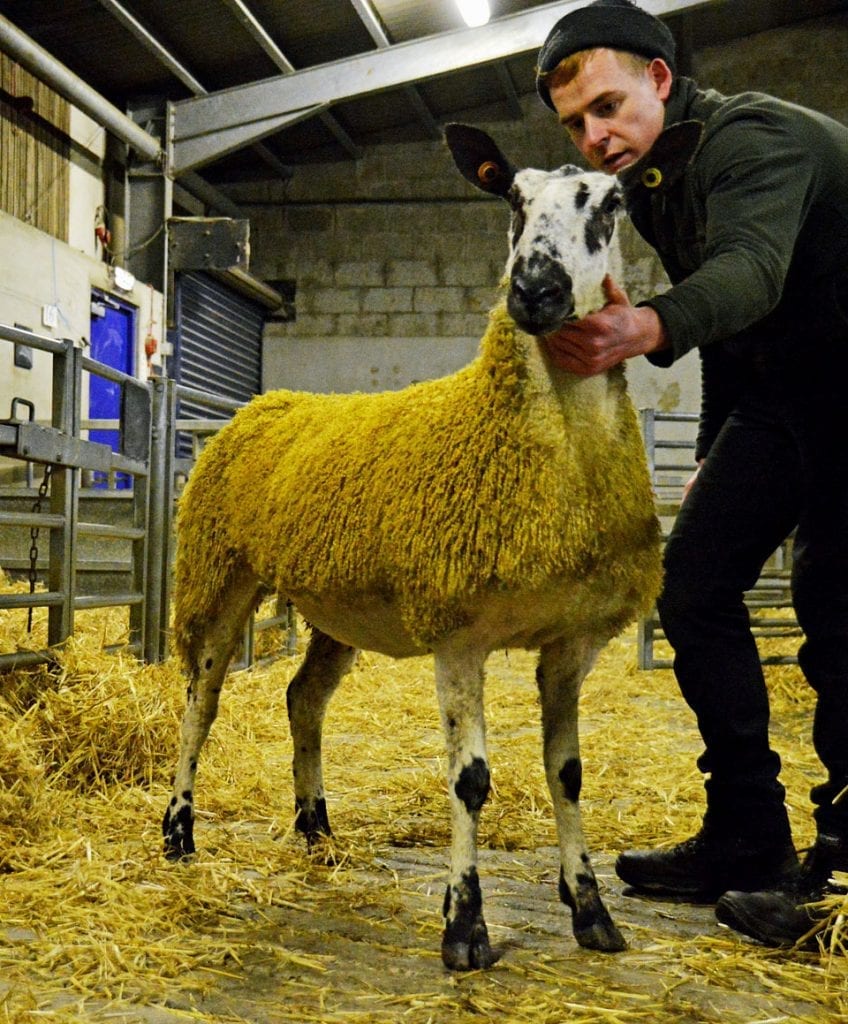 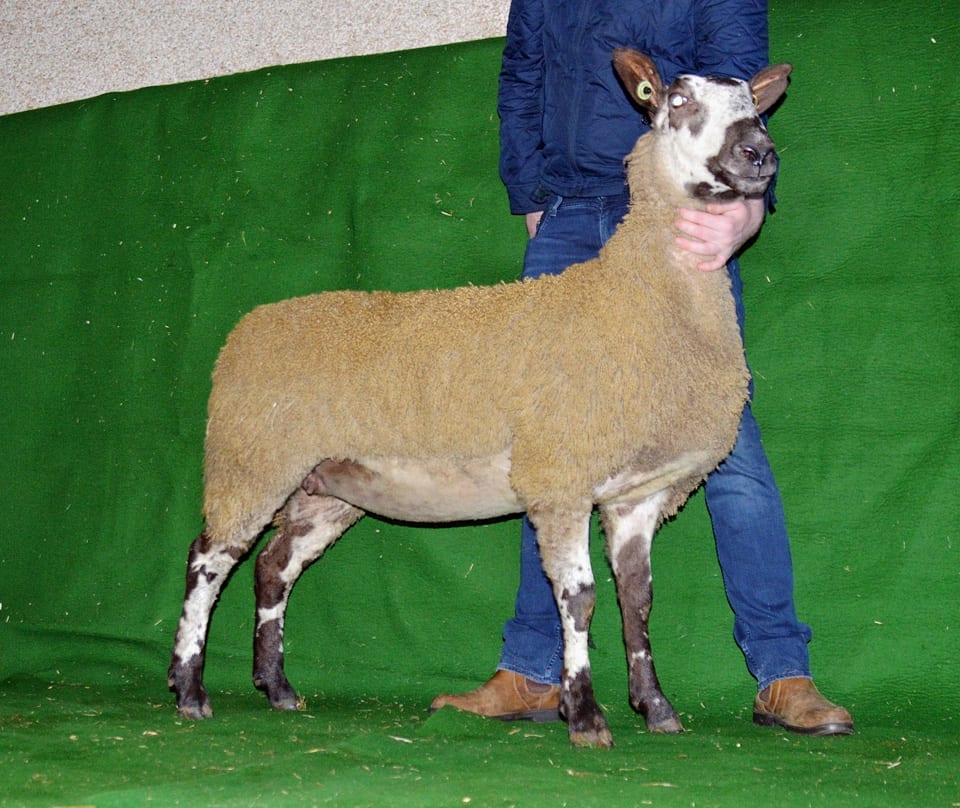 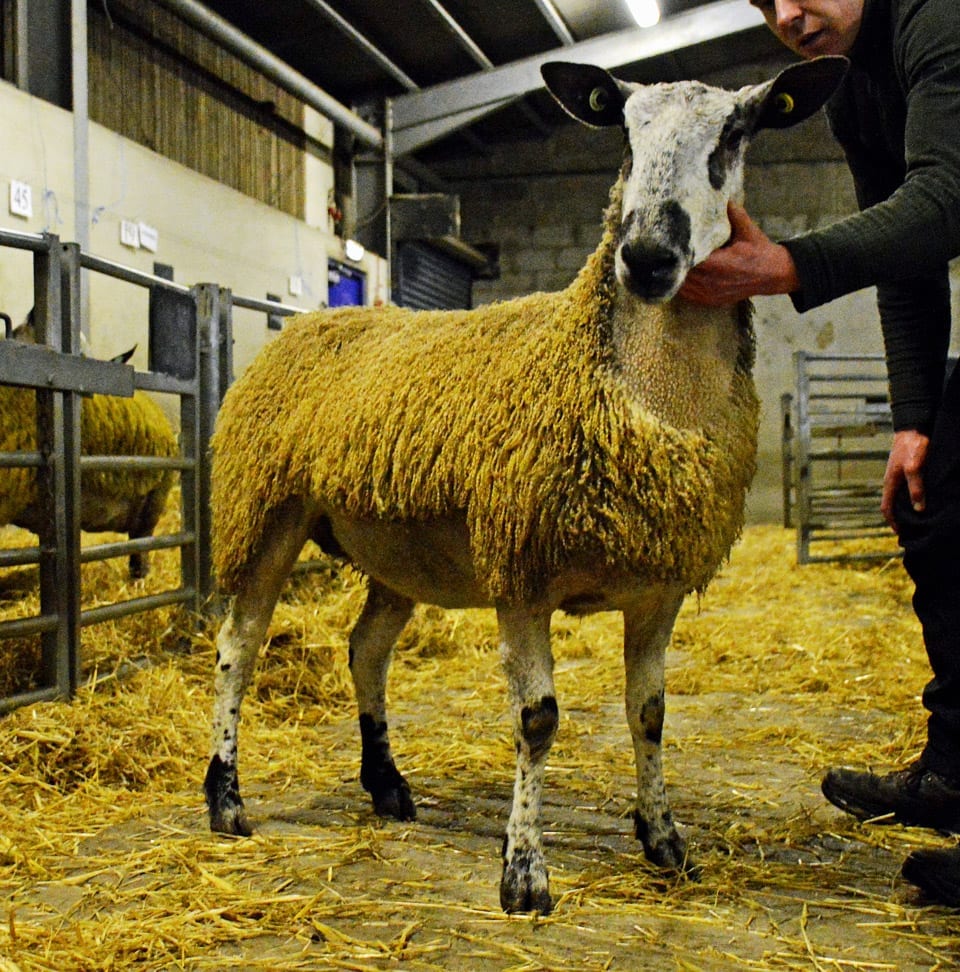 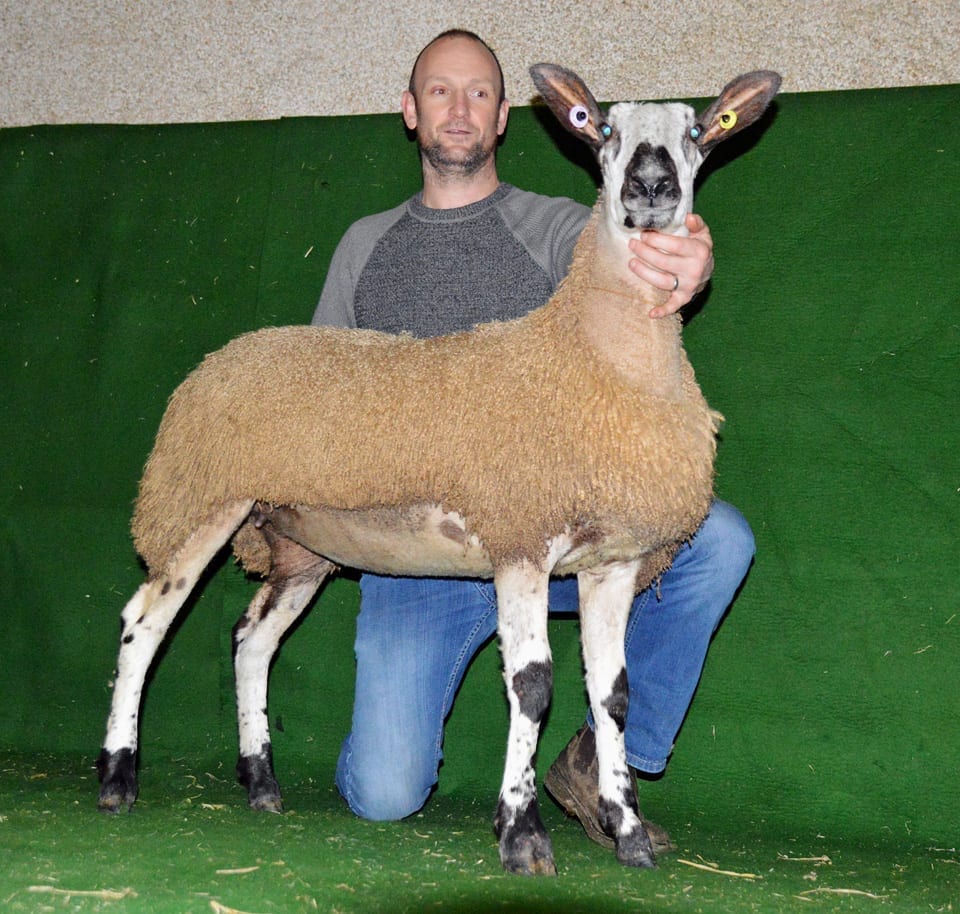