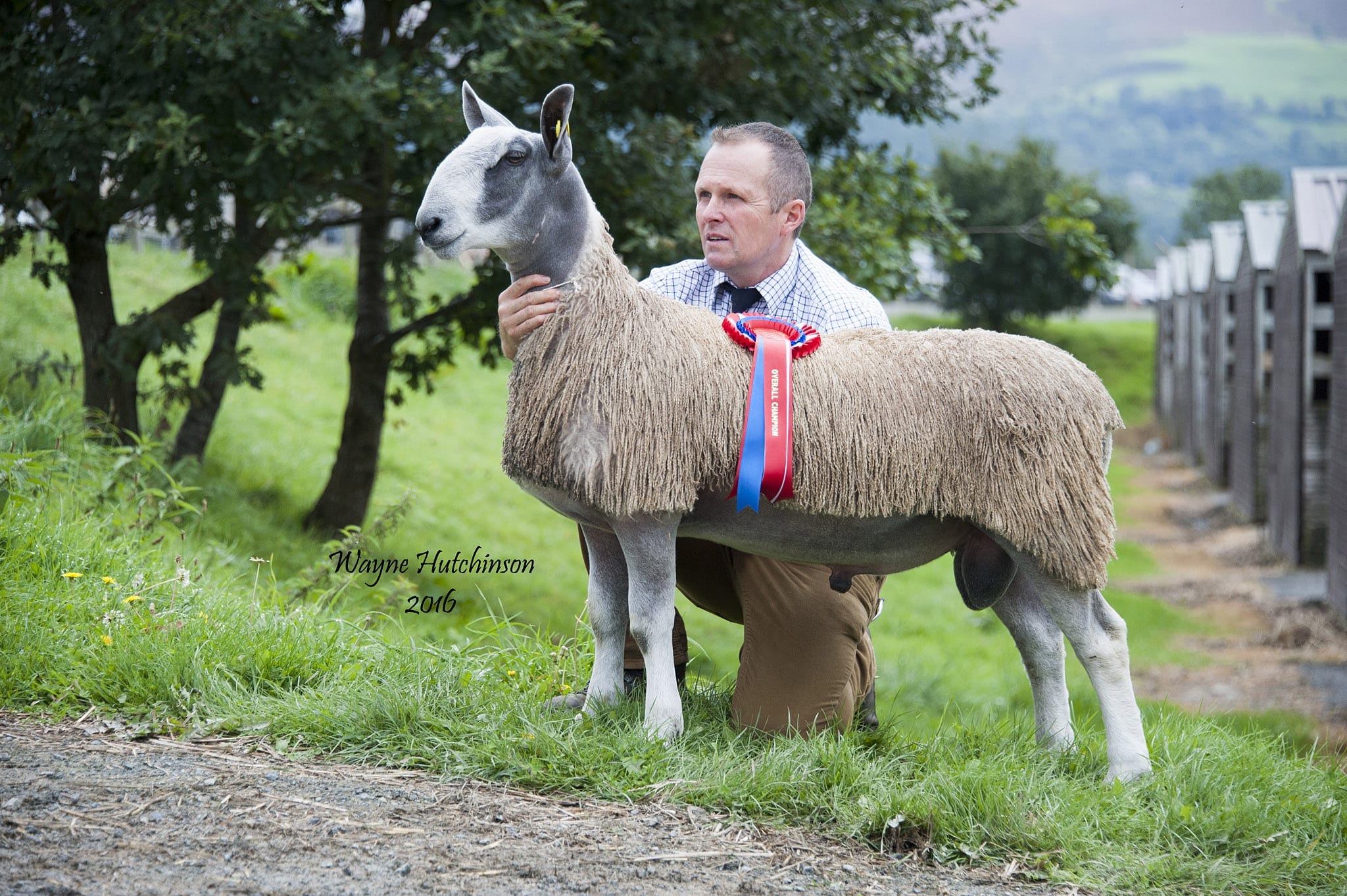 A bumper catalogue of 740 Bluefaced Leicester sheep saw a great trade at the annual NSA sale, with the breed grossing well over £400,000 at the event with a massive 98% clearance with the shearling rams, selling 514 of the 526 forward, with an average price of £625, up some £51.31 on the year, reflecting the current confidence in the sheep sector post Brexit. The ram lambs were well up too, with the 107 lambs sold (87% clearance) averaging £717, up a whopping £128.43 on the year. The gimmer trade was down slightly on the year, but still the clearance rate was well over 80%.

Buyers from all over the country descended on the sale, and the top priced animal travelled down from Morpeth with Michael Gray, Espley. Last year he took the championship ticket, but he didn’t repeat that feat, but his set of twin tup lambs certainly caught the eyes of many breeders. He was sired by the 8500 gns F2 Ashes, sire of last year’s champion and out of a great breeding ewe by the C15 Gruger E+. He has been shown quite a bit this summer, taking Champion lamb at the Highland and breed Champion at both Peebles and Glendale Shows. The sheer style and presence of this lamb persuaded M/s Smith, West Bolton to part with 7800 gns of their hard earned brass, taking the sheep way back up the A1 to Northumberland. His twin brother also followed the same route home, selling to M/s Dixon, Alwinton for 2500 gns.

The shearling trade was strong and one of the sharpest tups to grace the sale for a few years came from renowned breeder, Ray Harding. His first prize shearling was knocked down for 4400 gns. Ray who is 71 and has cut his sheep numbers down considerably over the last few years, and now with just eight breeding ewes was full of praise for his yearling, which is by the 7500 gns E3 Long Mynd tup bought out of Carlisle a few years back, and out of a very special seven crop ewe by the old W1 Old Parks which did Ray so much good in his day.

The Elian flock always attracts a lot of attention and again this year his run of tups was superb, winning the Arthur Yates trophy for the best run of tups for the third time in four years, quite some achievement. His pen topper was a massive ram, full of length and width, was by G1 Watch Hill which Dewi paid 2600 gns for. He has done well and his first batch of shearlings are really looking the part. The tup, H25 Elian is out of a consistently good breeding ewe by C1 Wanstead, and the hammer fell at 3400 gns to the Owen Brothers, Glan Conwy, who were blown away by the power that their new stock tup had.

Close behind at 3300 gns was a super lamb from Derek Henderson from the Burndale flock, again making the long journey down from Northumberland. J1 Burndale didn’t return north however, he carried on south to the Robleston flock in Haverford West. He was fourth in the show, by the H3 Lower Down which was the top priced lamb last year at Builth, proving again that quality produces quality.

Making a great debut at the sale was Gerallt Jones, Carrog. His first lamb, J1 Carrog, by G2 Lower Down and out of a ewe by Z3 Elian, bought privately off the Elian flock. Dewi was obviously thinking he was missing a trick by selling the ewe, bought his own bloodlines back in, forking out 2750 gns for the privilege. Just goes to show, sometimes best keeping it in the family!

The day’s champion, judged by John Dykes and Robert Murdock, came from Aled Jones, with J5 Craig Yr Orsedd, winning the recorded lamb class then going on to take the overall title. Unshown before the sale he has been quietly coming on at home and the judges picked him as their choice. He is by G1 Gefrin, a son of the 8000 gns Ashes bought out of Kelso a couple of years back, and out of a ewe by the 7000 gns D1 Craig Yr Orsedd which Aled kept a share in when he sold it.

Trade for the strong, well grown sheep with good skins was strong, and the demand was picked up by the auctioneers, who weren’t having to drag the bits out of reluctant buyers, but even having a job to keep up with the bids at times. It bodes well for the future of the breed as the Bluefaced Leicester keeps proving again and again what a popular and versatile sire it is. There were even Bluefaced Leicester x Texel tups at the sale, meeting a strong demand. Innovation, just keeps going! 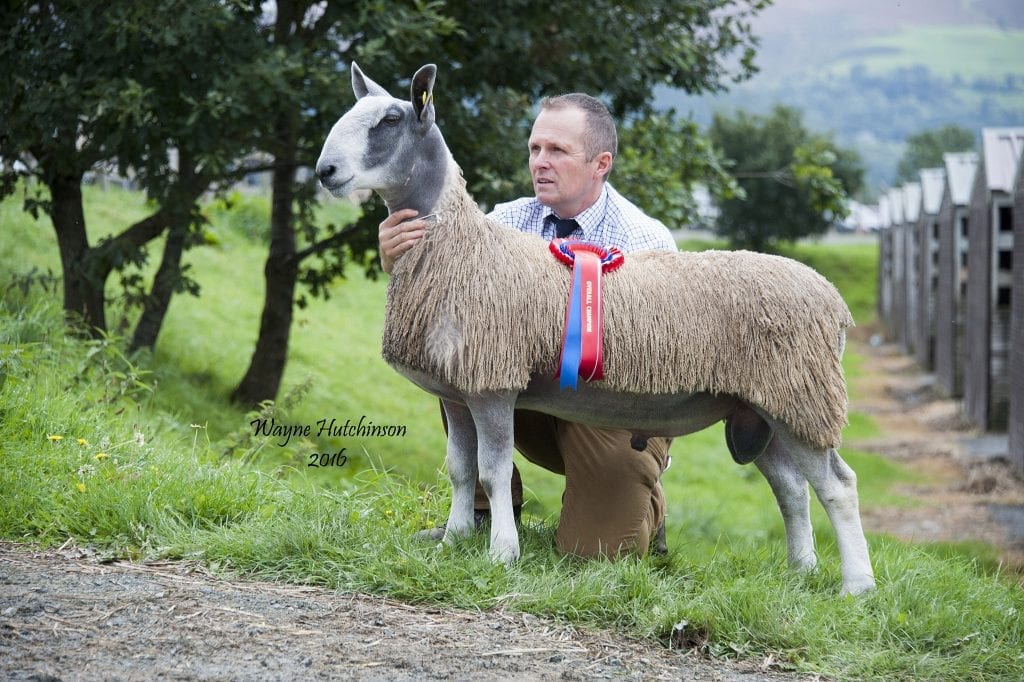 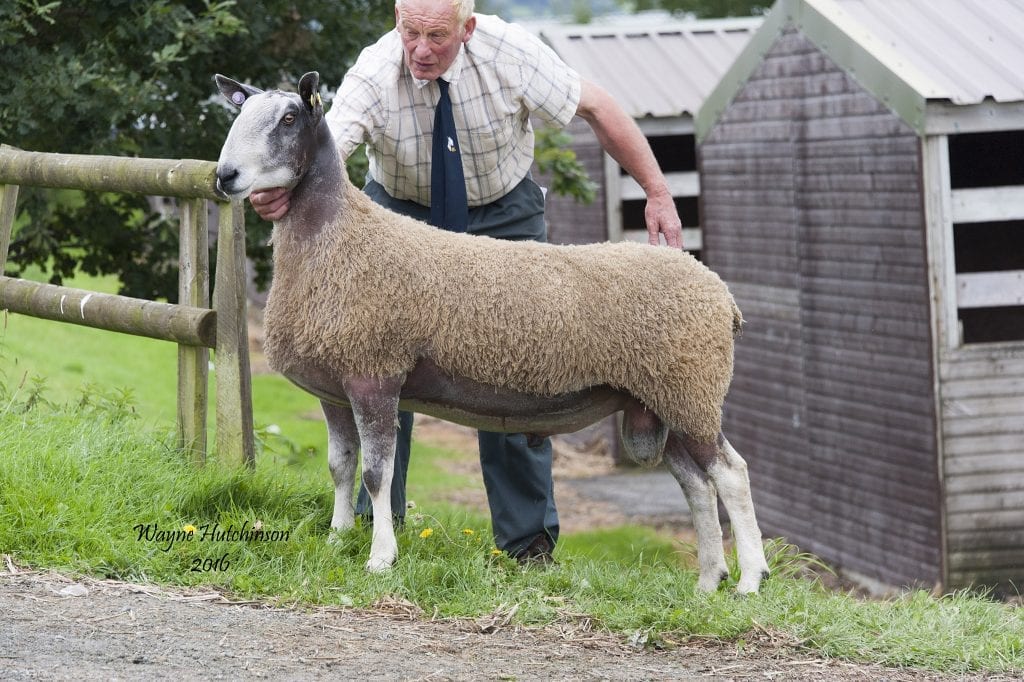 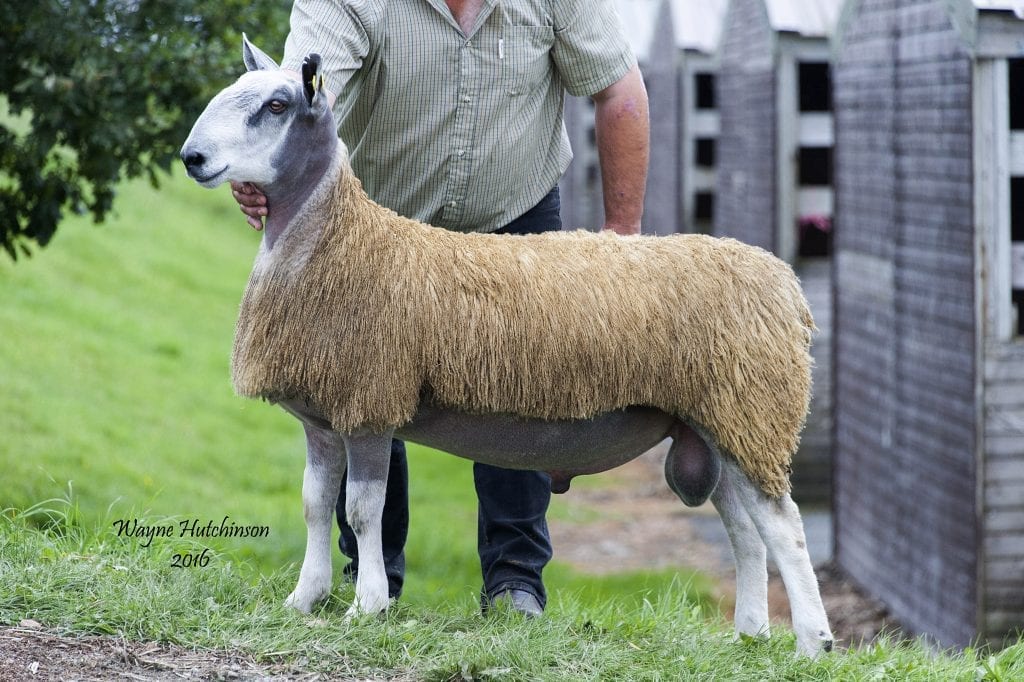 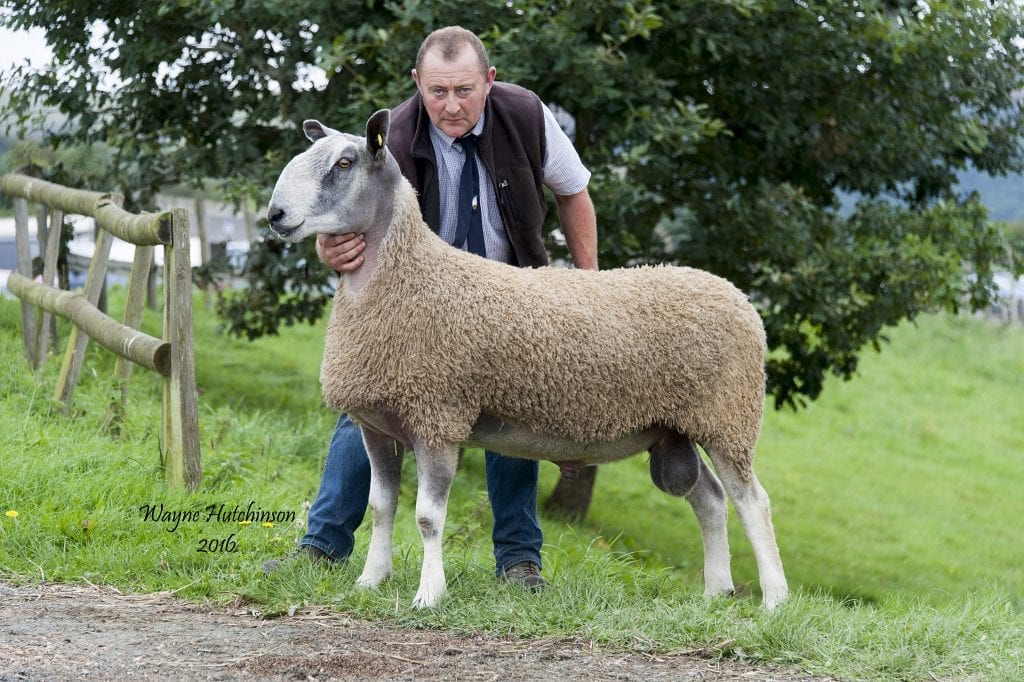 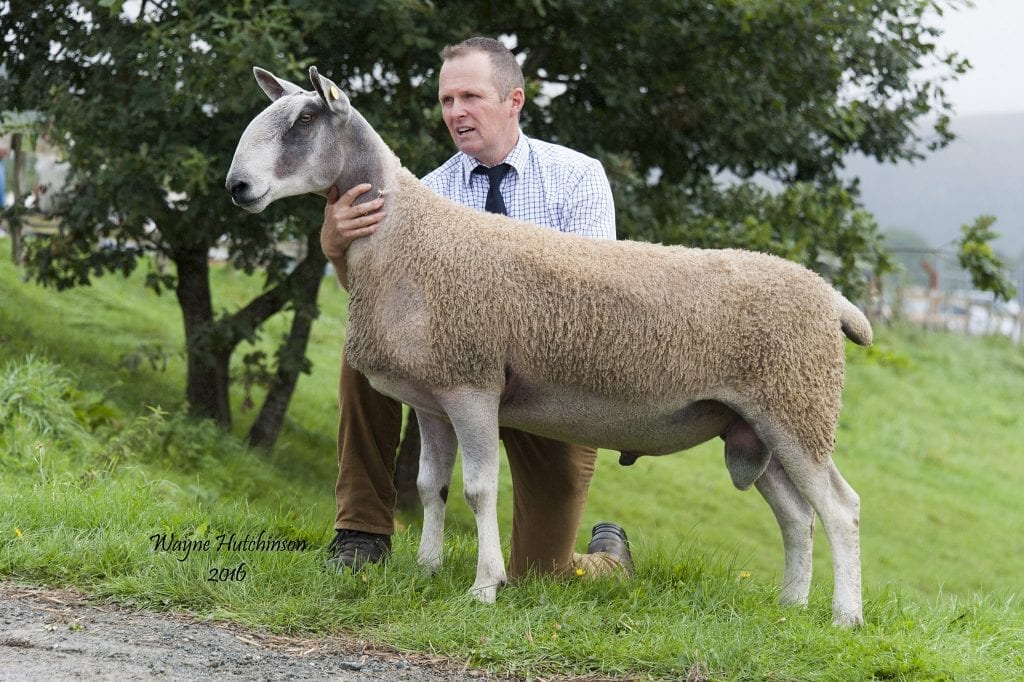 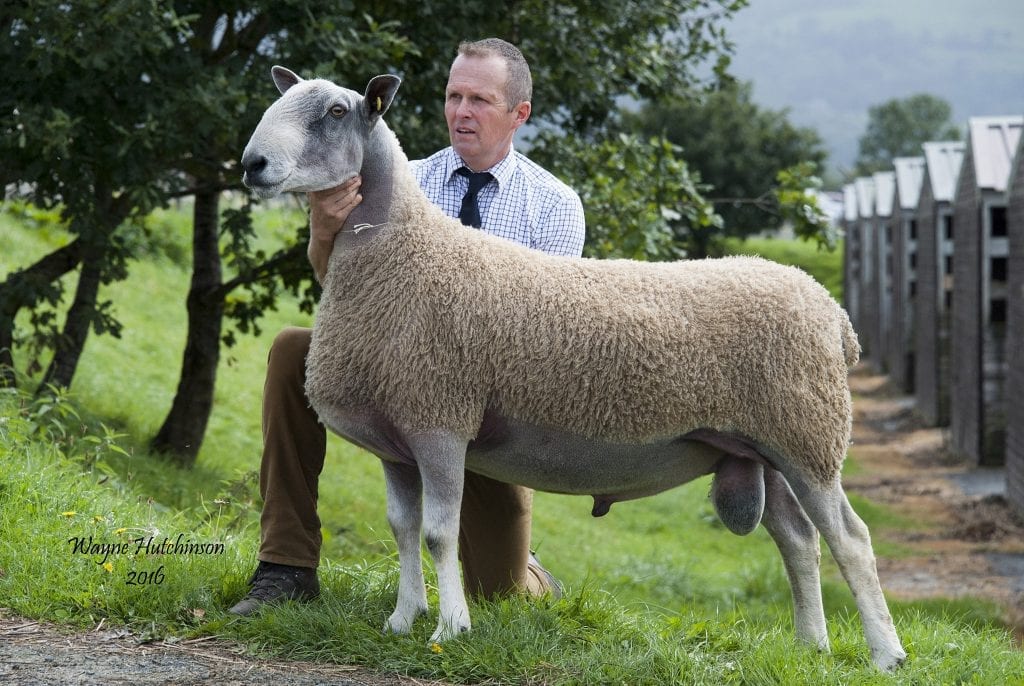 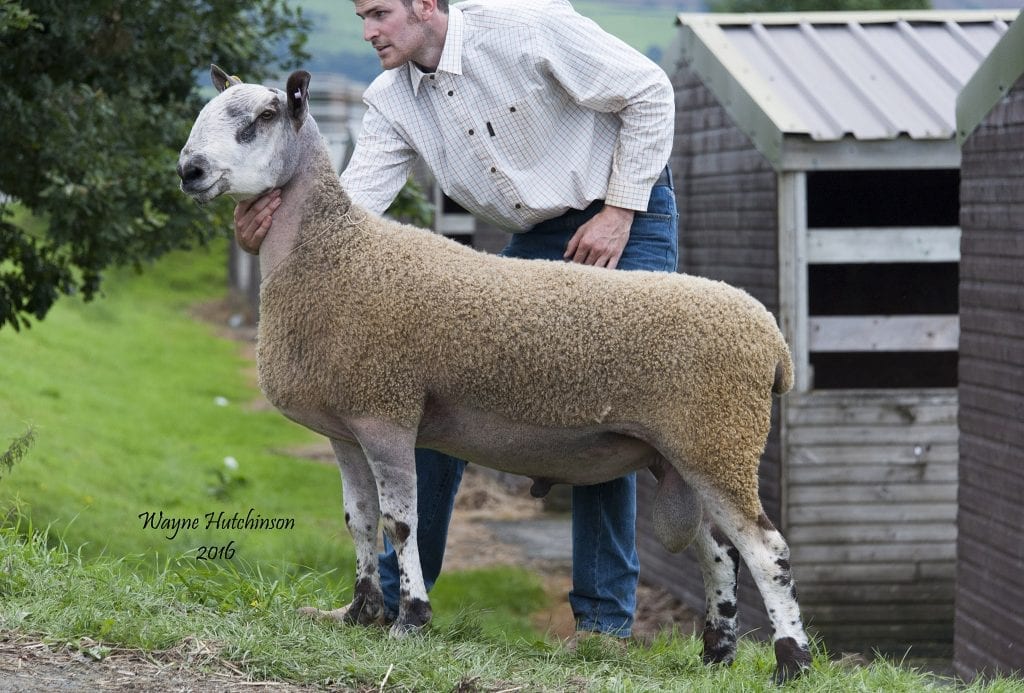 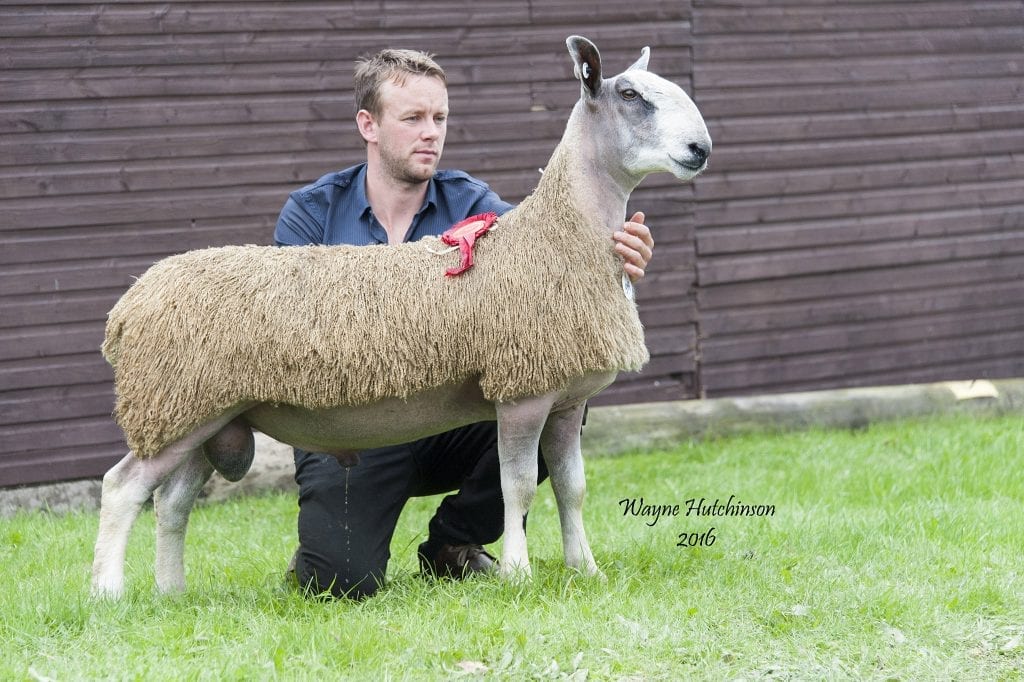 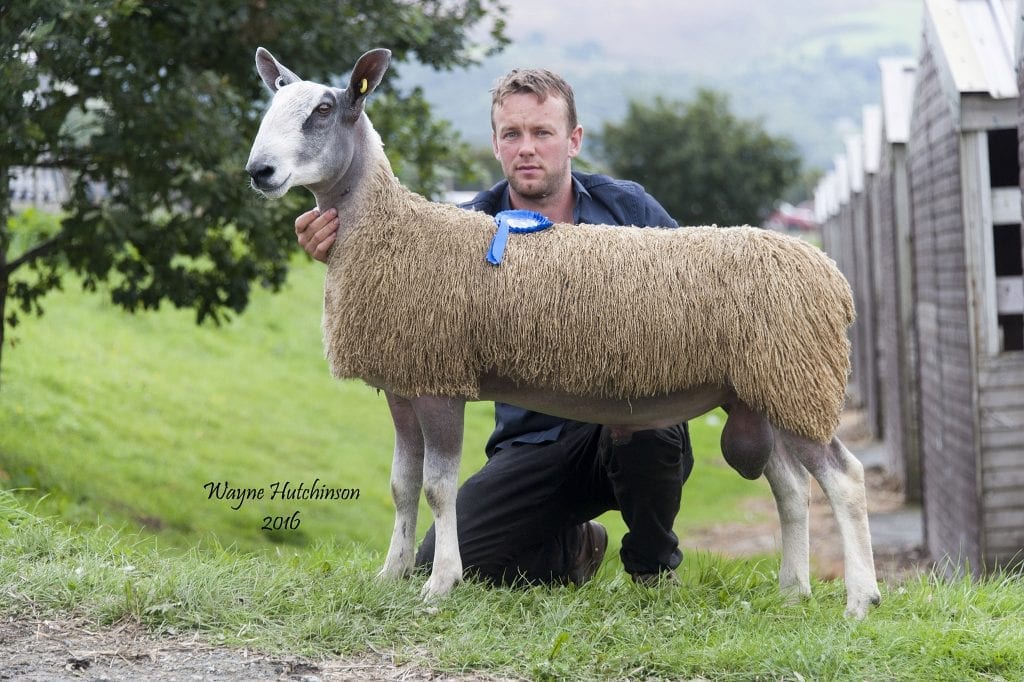 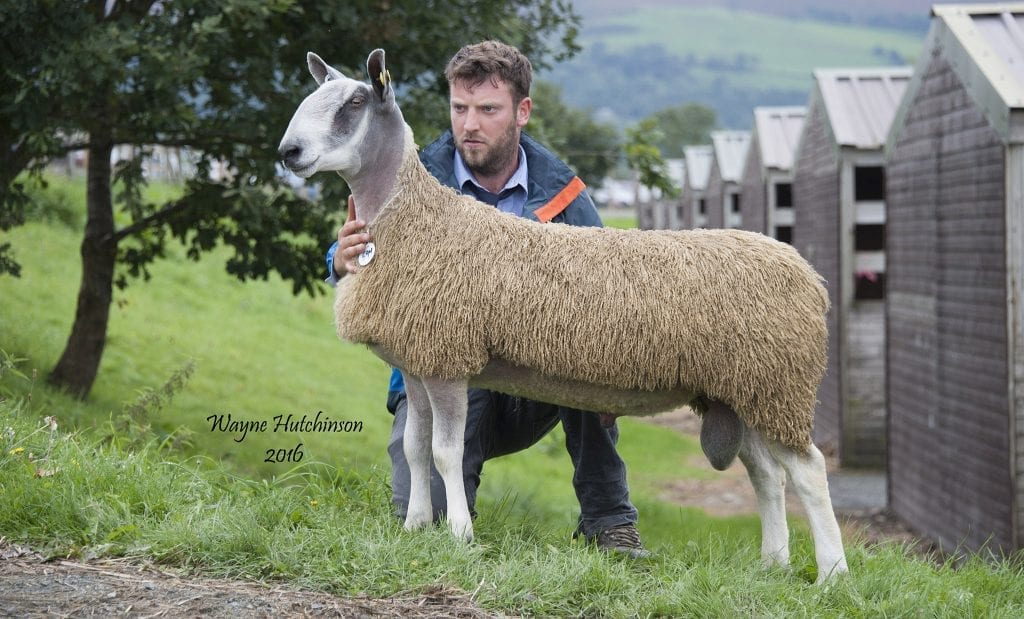 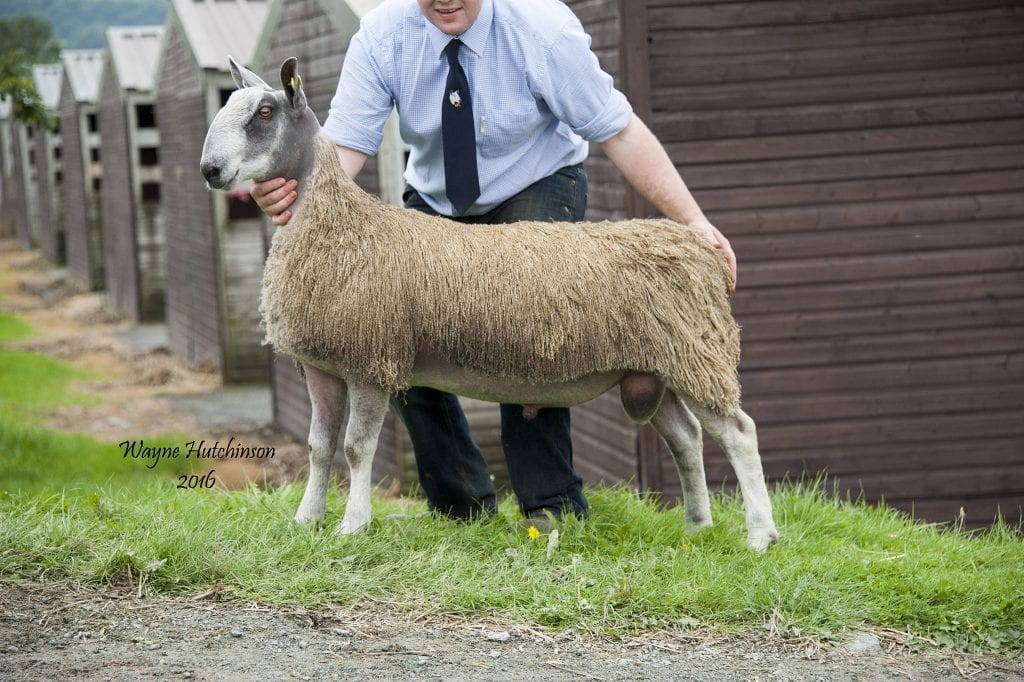 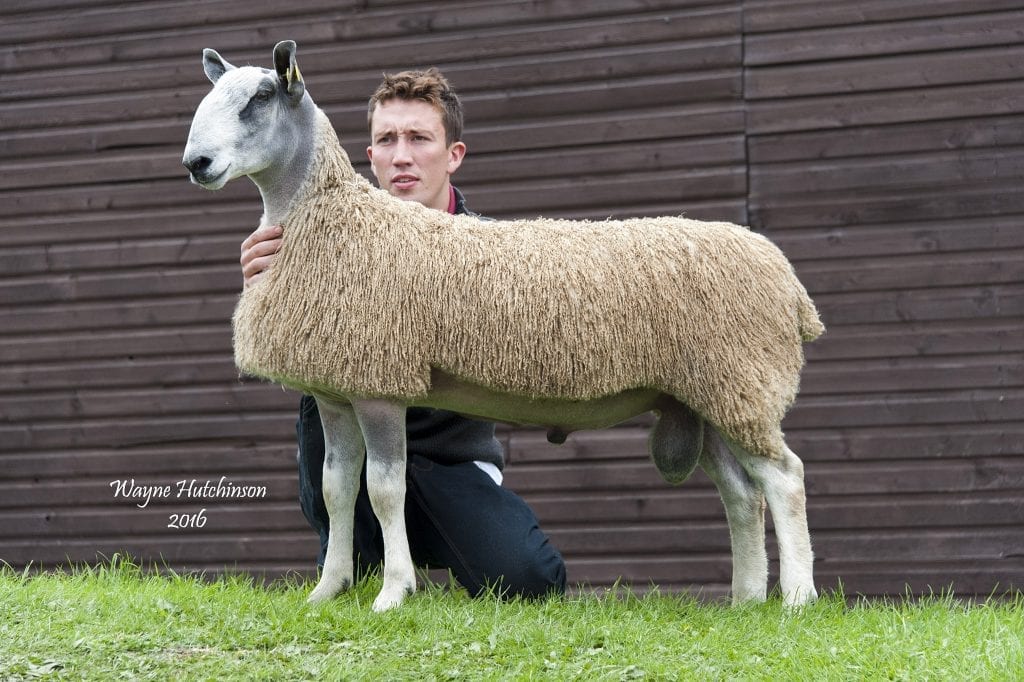