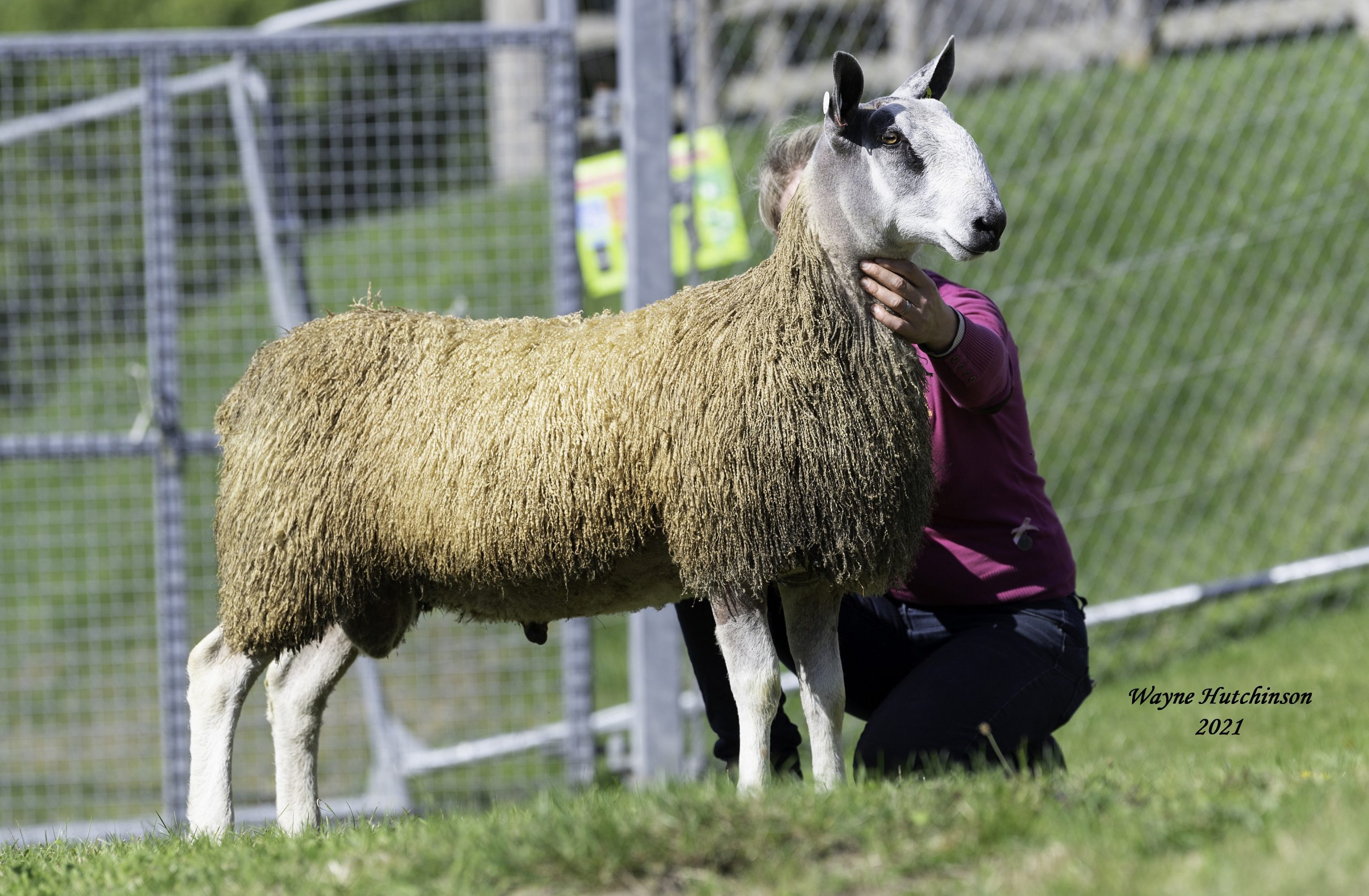 All roads led to the National Sheep Association Ram sale at Builth Wells this week as Europe’s biggest ram sale took place at the Royal Welsh Showground after an absence of a couple of years. Once again breeders from all corners of mainland UK flocked together, if you’ll pardon the pun, to witness a strong show of sheep on offer, with some strong bidding taking place in the pleasant autumnal sunshine of Mid Wales…. who needs foreign holidays when we have such a great countryside on offer?!

Topping the days trade were Scott and Claire Thomason with a smart tup lamb, showing plenty of class and breeding, with some great bone. This strong chap, Piel View P3, was by Kildalloig N2 which they bought last year as a tup lamb and out of one of the flocks’ best ewes by the J9 Kirkstead. The auctioneers enjoyed free rein as he took off, losing the shackles of the £20 bids and letting fly, and when the dust settled the hammer crashed down at 6000gns selling to Martin Quinn from Whinny Hall, Fife, who has an excellent eye for picking a good ‘un. Not only content with taking the top price the Piel View flock took the next highest too, when their first lamb in the ring stormed away to 5000gns selling to breed stalwarts Messrs Dixon, Alwinton and Peter Tweedie, Buchtrig. This lamb was a substitute and by N1 Cernyw, a 3000gns buy out of the rearranged Welshpool sale last year, and out of a homebred ewe. This smart lad was full of bone a had a great skin and carcase. It’s a long drive back up to Walney Island from Builth, but I’m sure the family would be smiling all the way!

The pre-sale show champion came from Sophie Harding, who won the Sam Williams trophy for the Champion lamb with her substitute lamb by the 6200gns Ashes tup bought at Welshpool last year, out of a homebred ewe by the H1 Espley they have been using for some time. Raymond said it was the best lamb they had ever offered for sale, and with its sharp head and fine skin you could see what he was meaning. The judge, Nicky Robinson, Cocklaw, must have been thinking along the same lines as he backed his pick and took him home, shelling out 4800gns for the privilege.

The reserve champion was another powerful lamb, this one from Dewi Williams from the Blacket House flock, based in Eaglesfield, where they run 40 ewes. This one was by the N2 Medwyn tup brought back from Carlisle last year for 2000gns, and Dewi said it was the best lamb he has bred. Its mother is a homebred ewe by the 6500gns Mendick tup which is leaving its stamp on the flock. He was bought for 4000gns, heading to the Kirkstead Flock of Alan McClymont & Family.

A brace of tups hit 3000gns, the first of these was a Kirkstead Shearling which had stood third in the show. This was by the 1800 Whinny Hall sire and out of a great breeding ewe by G1 Craig yr Orsedd, which has already bred tup lambs sold at Hexham to £3200 and £2300 last year. Martin Quinn from the Whinny Hall flock, Fife was the buyer and he got his money straight back selling the other at 3000gns. This was a son of the 12,000gns Bonvilston K30 which is proving to be a steal of a buy and sold up into Weardale to Jack Wilkinson, Bollihope and Robin Peart, Mayland.

Trade was strong throughout the day, but buyers were quite selective and were certainly cautious about bidding to fast, with the auctioneers fairly having to work to pull the bids. It was great to see some new blood in the auctioneer’s rostrum as Sion Eilir sold for the St. Asphas team doing a great job, along with young Jack Walton in the Hexham and Northern ring gaining more experience. 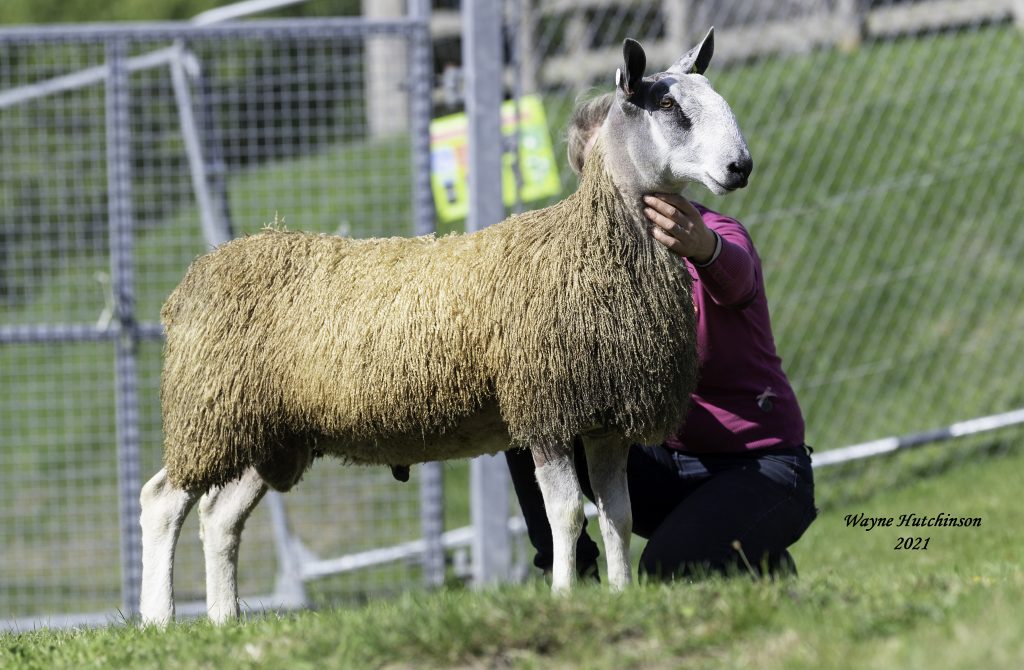 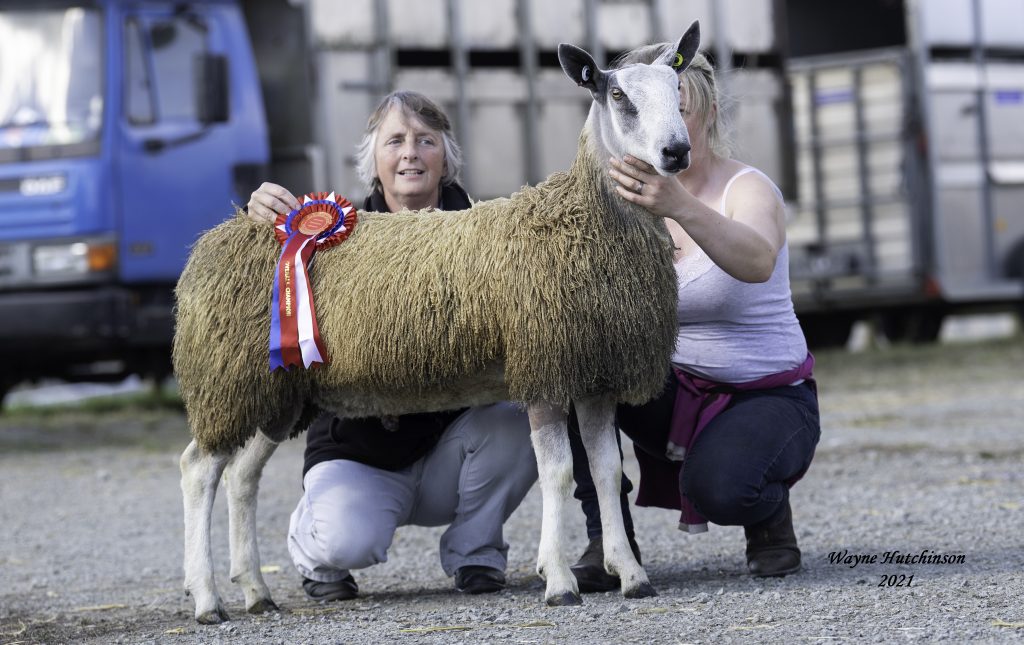 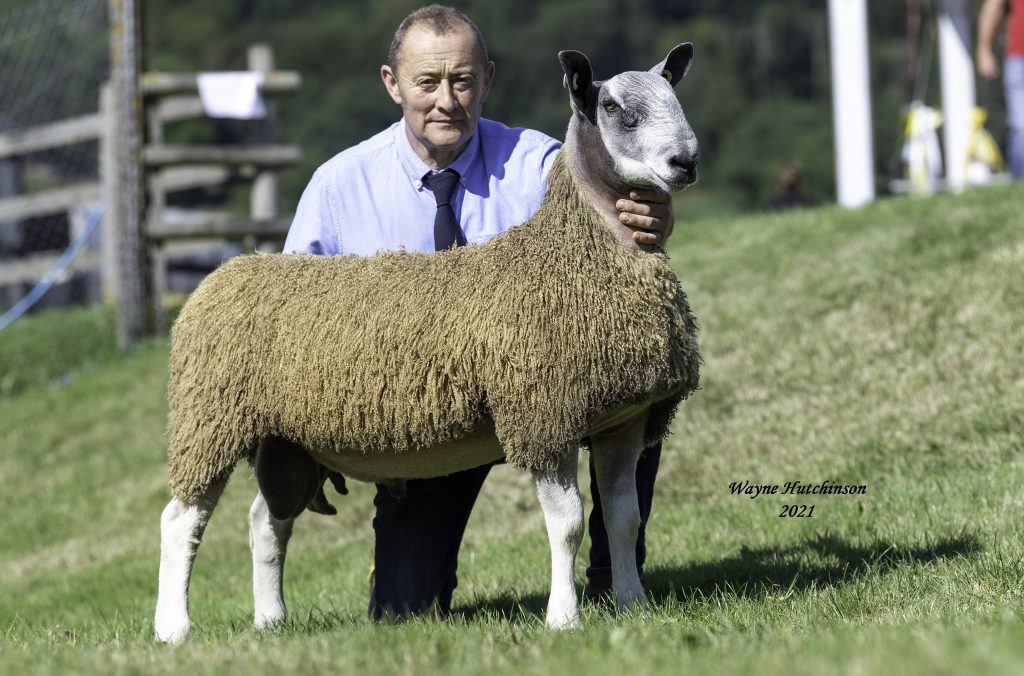 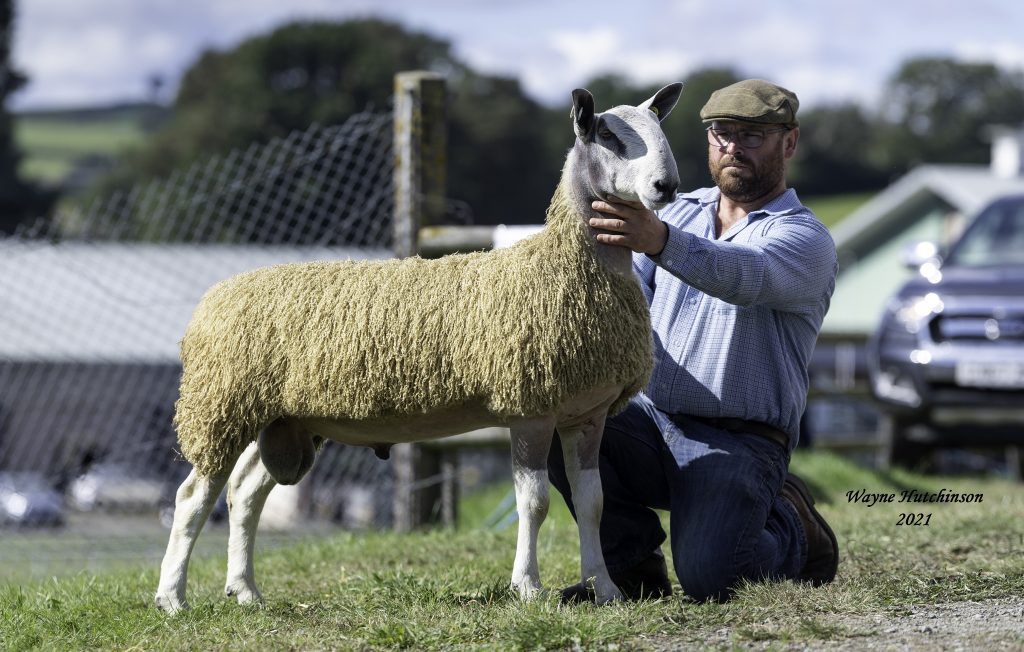 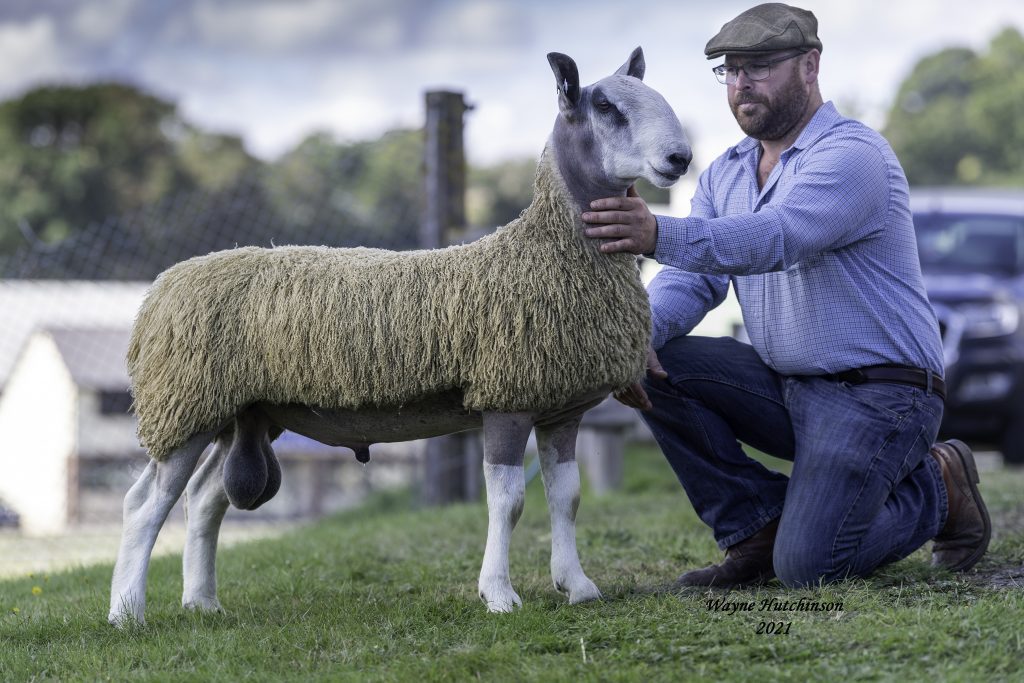 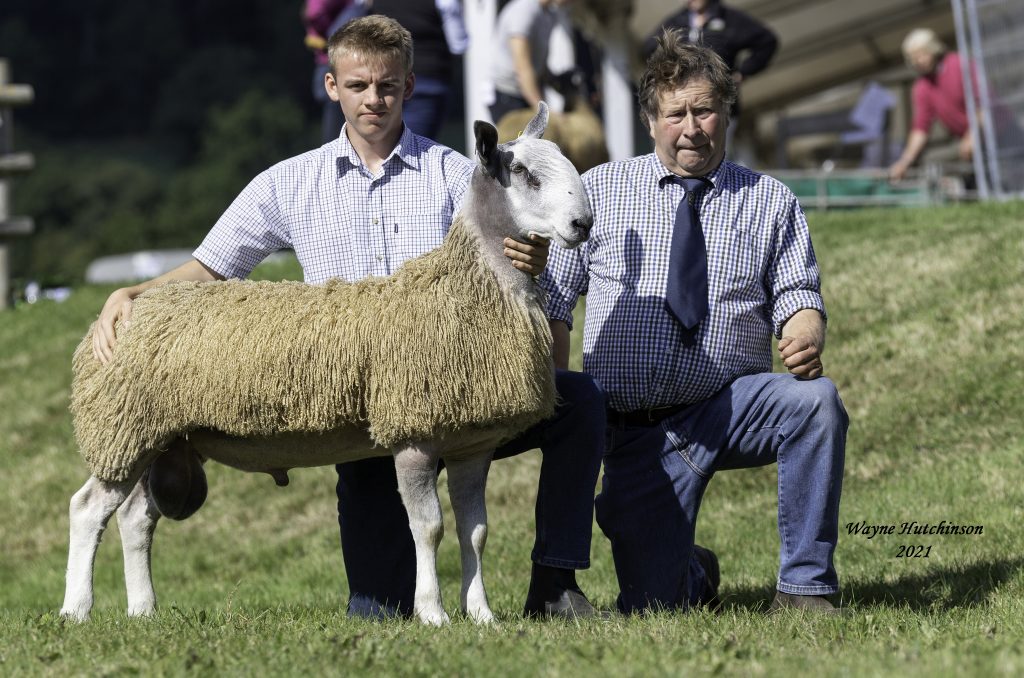 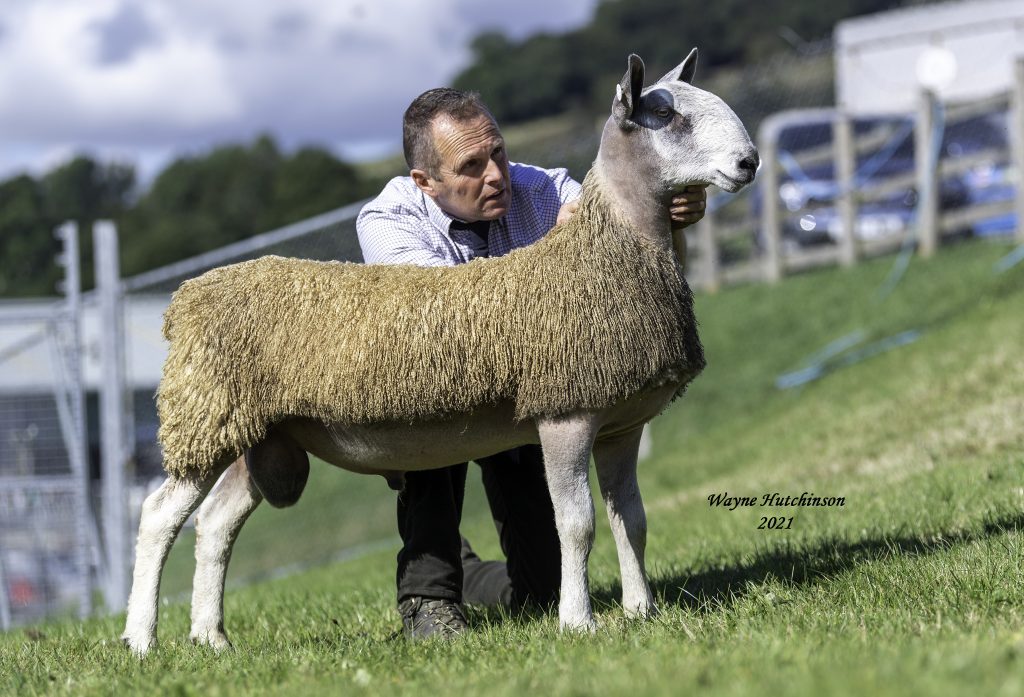 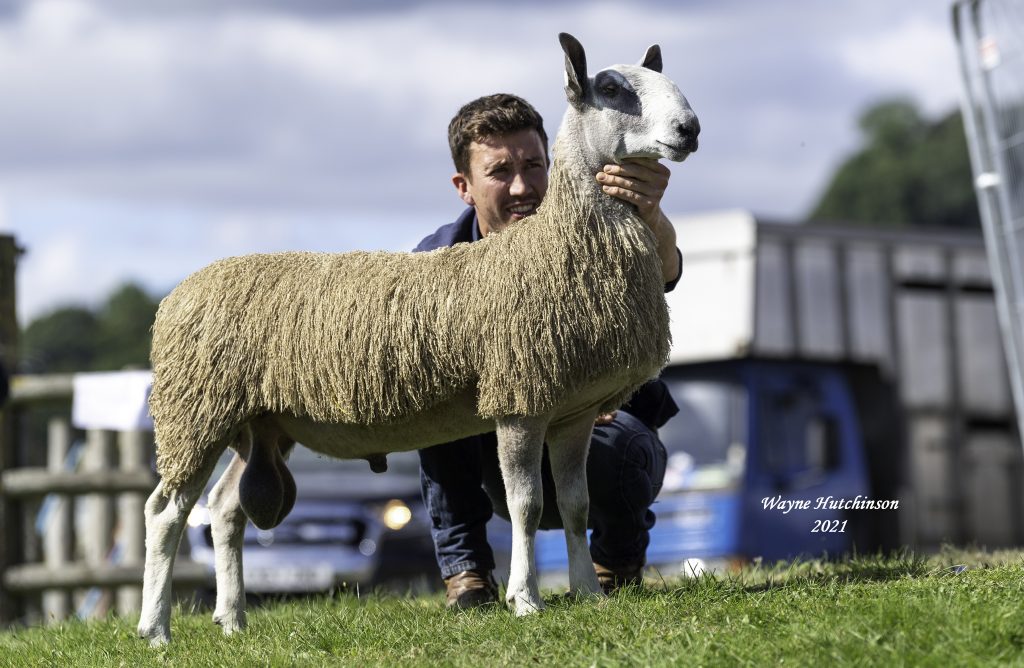 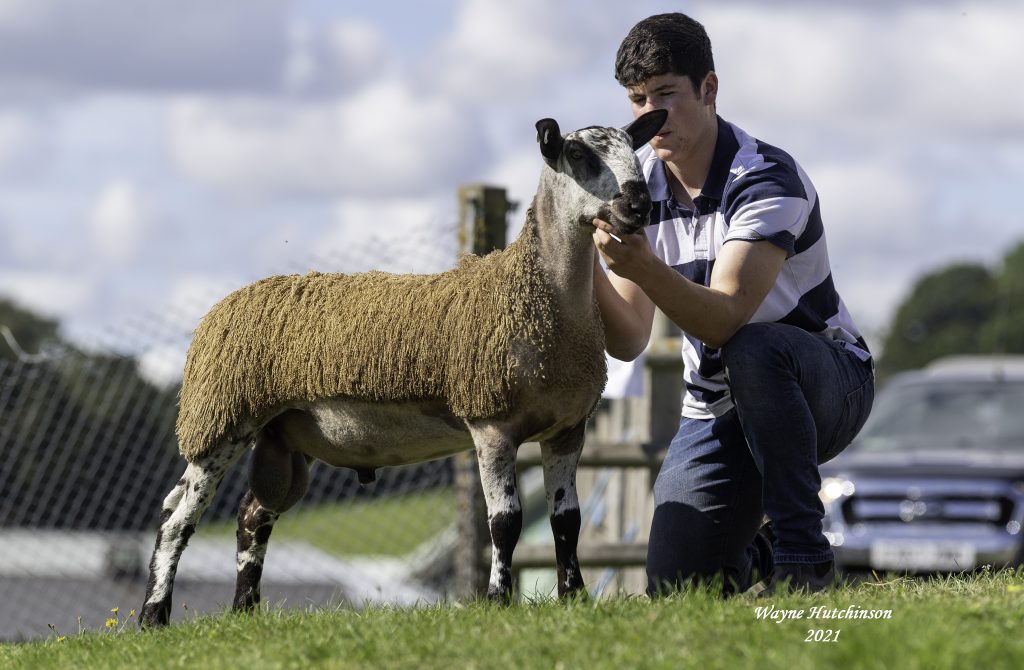 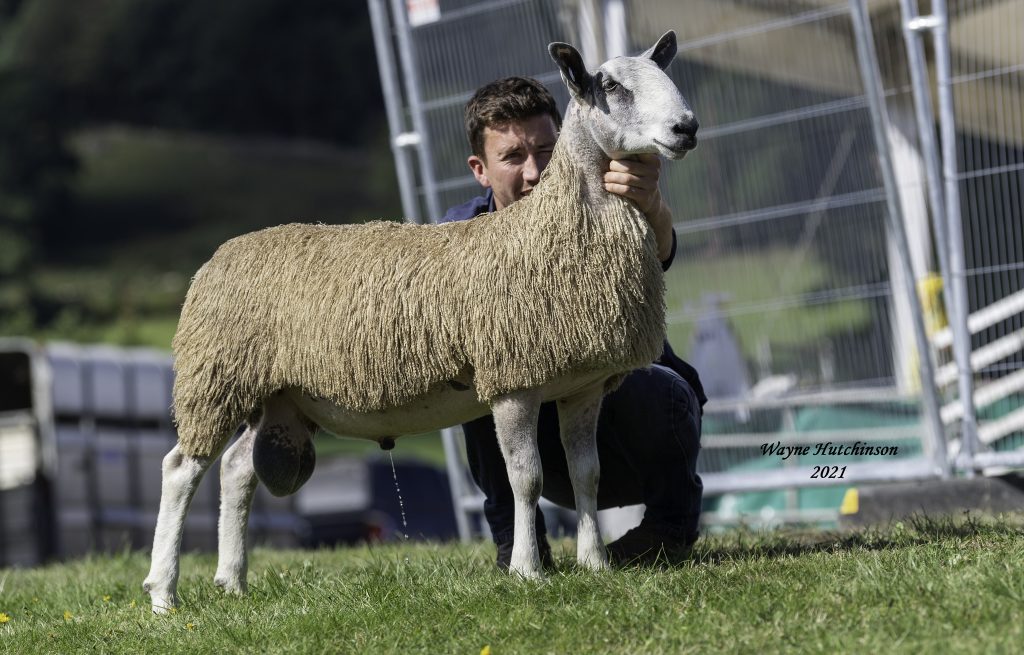 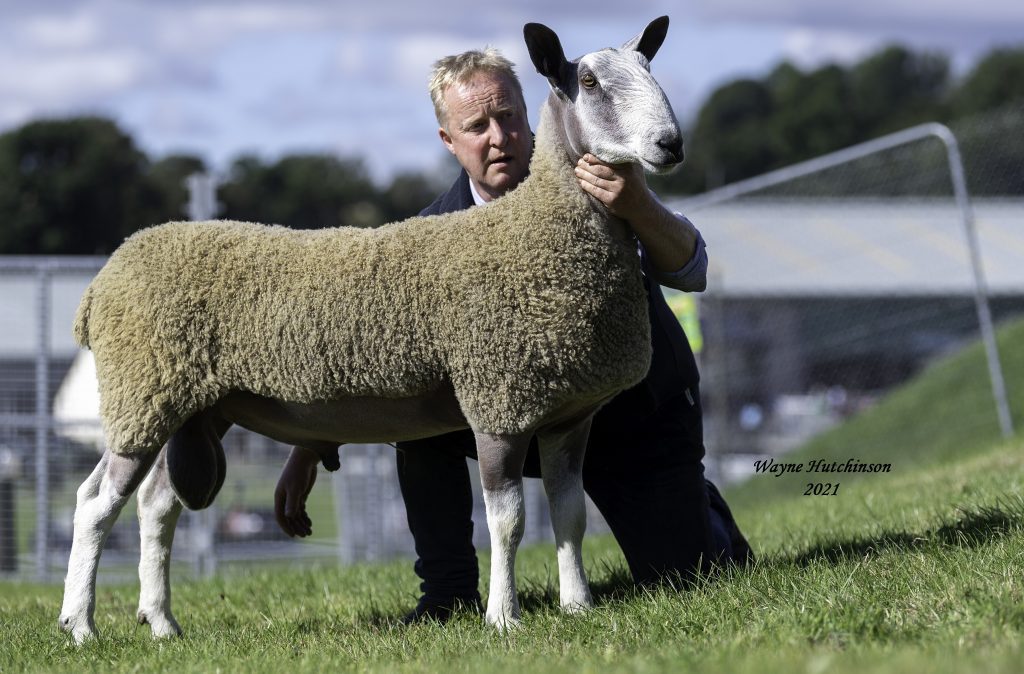 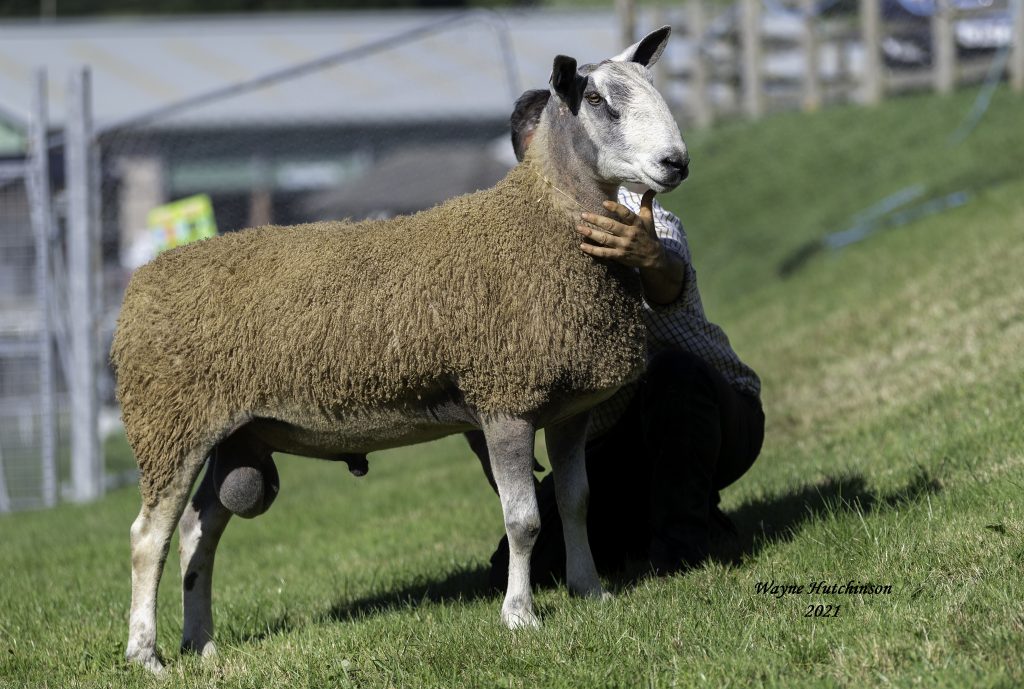 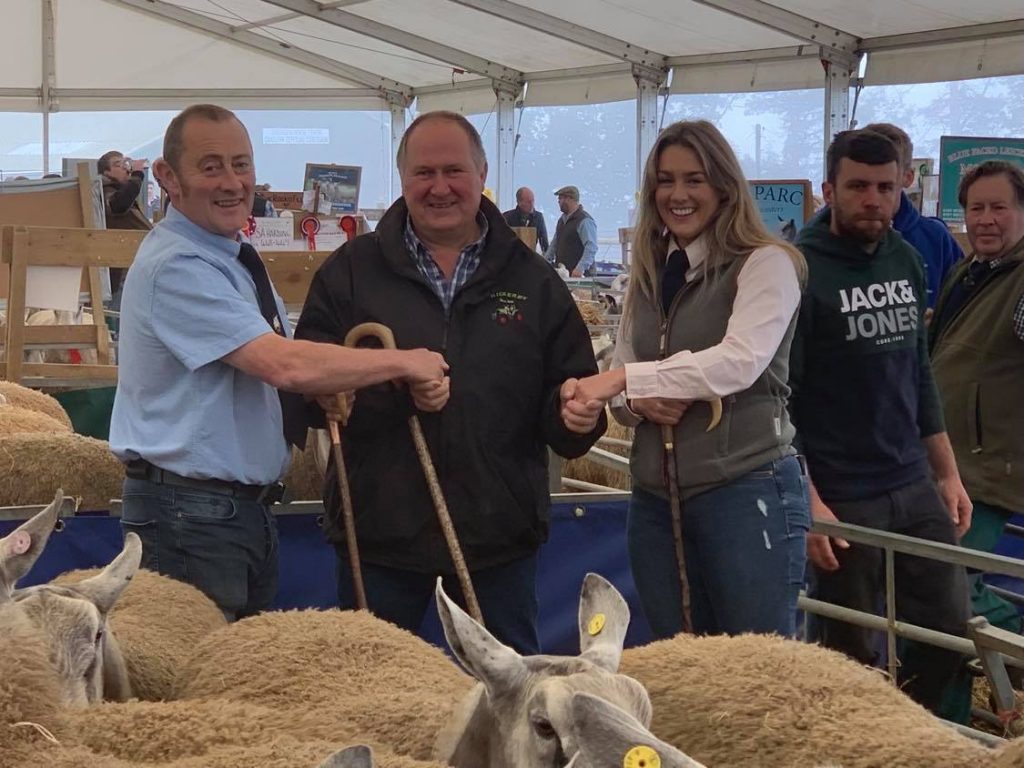 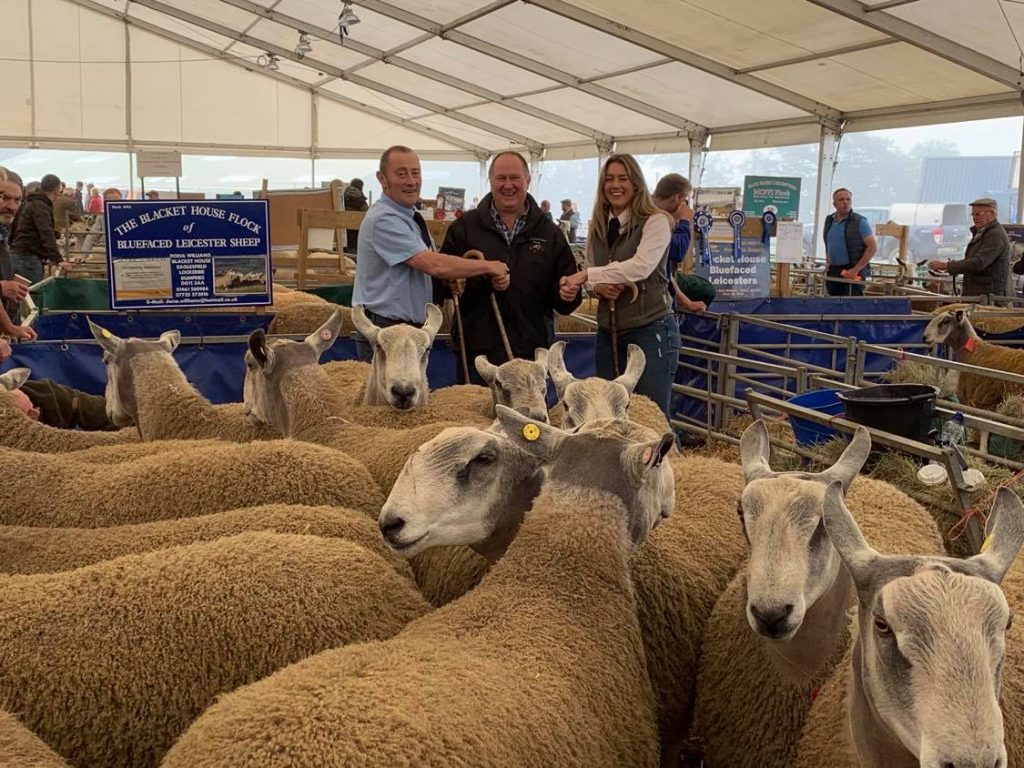 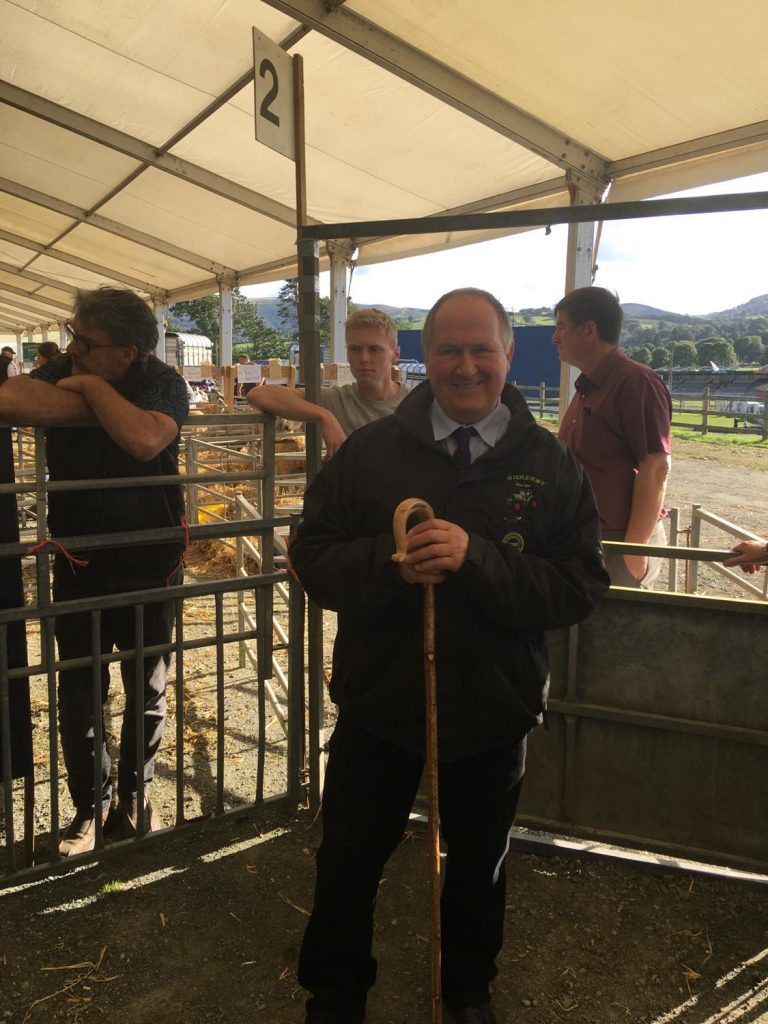 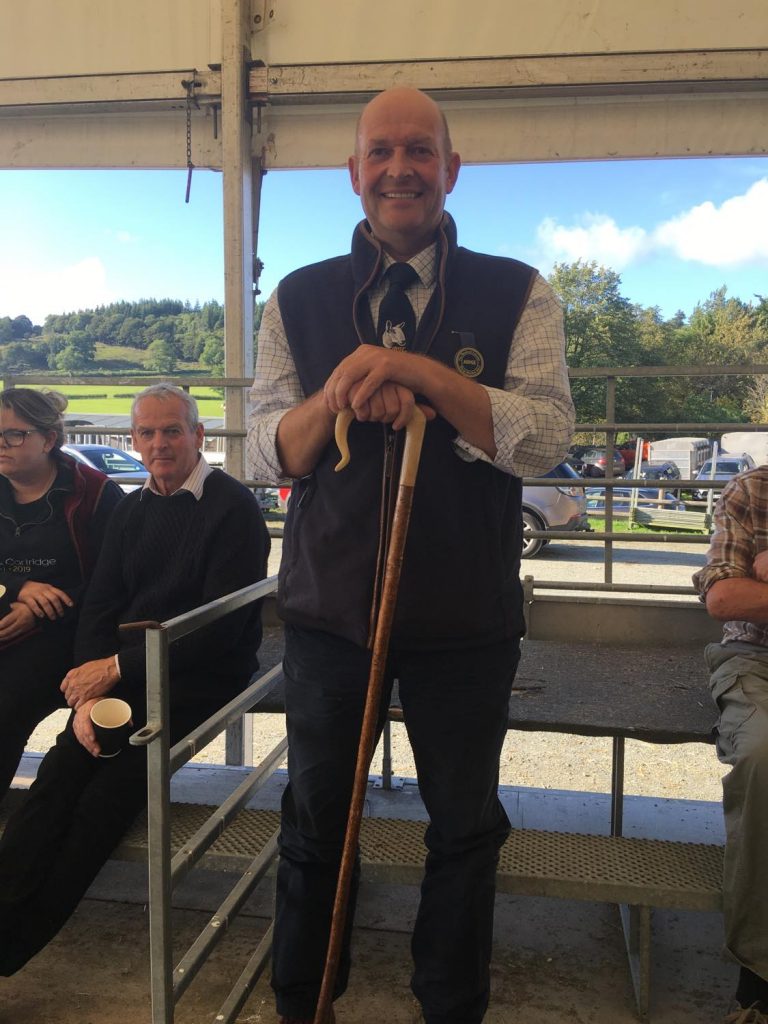