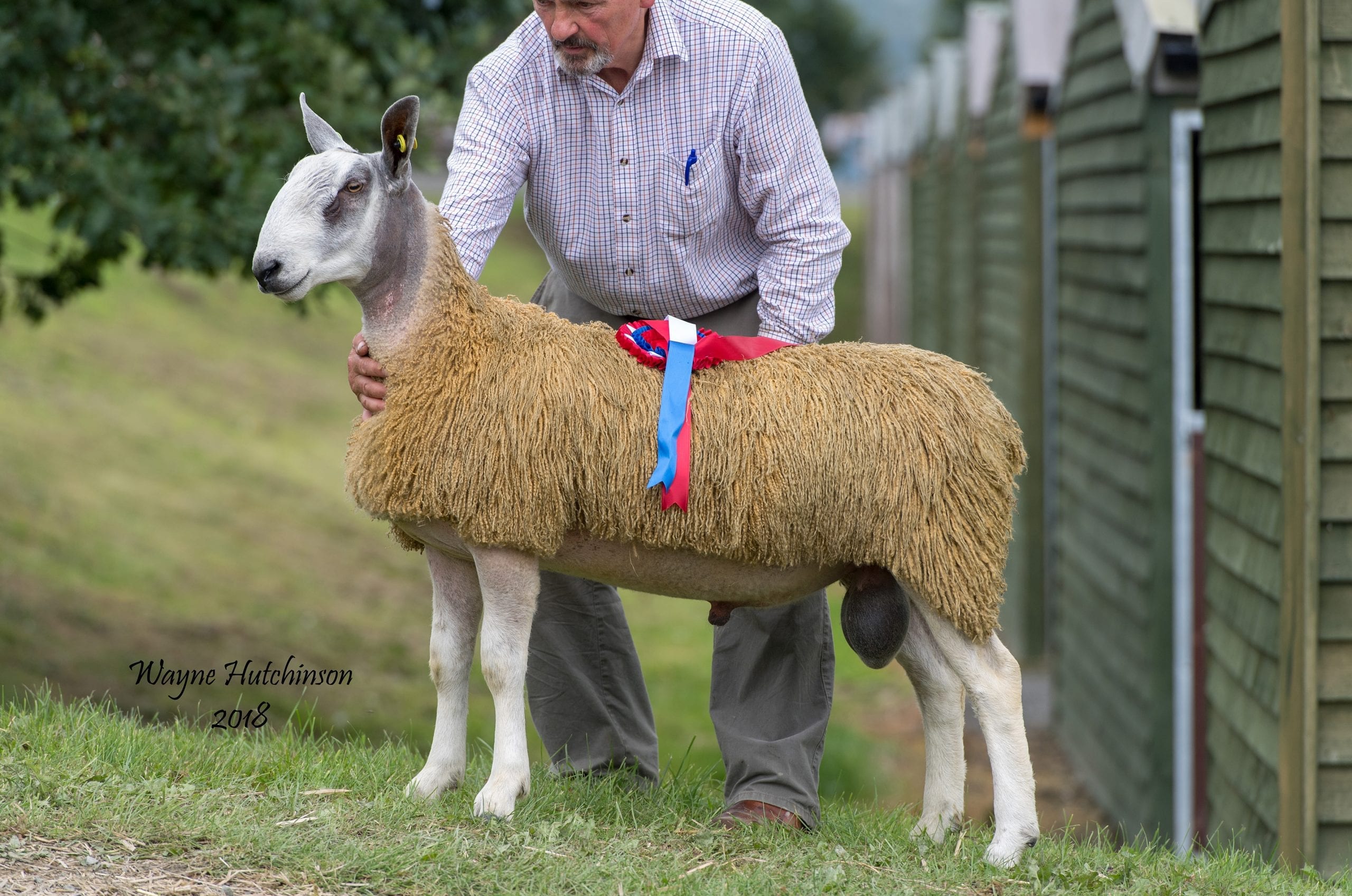 Builth Wells sale was a more subdued sale than in previous years with the number of buyers visibly less around the sale ring, and those that were there weren’t digging as deep into their pockets either with the commercial rams. This was probably down to the lower prices across the board for the Mule gimmers, an expensive winter and also uncertainty around Brexit, which could affect trade for a couple of years yet.

At the top end of the market, there was plenty of interest and two Scottish bidders faced each other across the ring when Tudor Harris, Bonvilston, sold his first prize shearling which topped the whole NSA sale. The shearling which was tall and powerful, a head above the rest…. literally, is by the G2 Cendy out of a homebred ewe by a Broomhills tup. He had been shown earlier in the summer, taking the overall championship at the Welsh Progeny Show. The hammer fell at 12,000 gns, representing a peak in 30 years of breeding for semi-retired Tudor, who runs 40 pure ewes in the Vale of Glamorgan. The ram was bought in a joint bid by Hazel Brown, Leadburnlea and Martin Quinn, Whinnyhall, pushed all the way by Alan McClymont, Kirkstead.

The Piel View consignment from Scott, Clare and Isaac Thomason based on the Walney Island in Cumbria took five hours to reach Builth Wells, but were well rewarded for their journey, taking a handful of tickets in the show and topping their trade was a tremendously well-bred tup lamb, which was second in the pre-sale show. It is by the J9 Kirkstead which took the breed and interbreed championship at Penrith earlier in the summer, and out of the flock’s top ewe, by Hazelwood Elite which has been breed champion at the Great Yorkshire Show twice and a triple champion at Penrith. The hammer fell for this beauty at 5000 gns, selling to Robleston Hall.

The Espley flock all the way from Northumberland, another epic journey down the country, also had a great trade, hitting 4000 gns with a strong tup lamb by the F2 Ashes which is the sire behind a lot of the top breeding from the flock, and out of a homebred ewe by the C15 Grugoer. Alan McClymont, Kirkstead, wasn’t to be out bid this time and landed him after some strong bidding.

The day’s champion, judged by Douglas Gray, came from Derek Henderson with a late born lamb by H3 Lower Down and sold to the Drinkstone flock and the female champion and reserve overall was a sharp gimmer lamb from the Long Mynd flock, which sold after going through the ring.

Other trade was sticky and well down on the year, with buyers looking for strong powerful tups which looked like they could go on and do a good job for them. 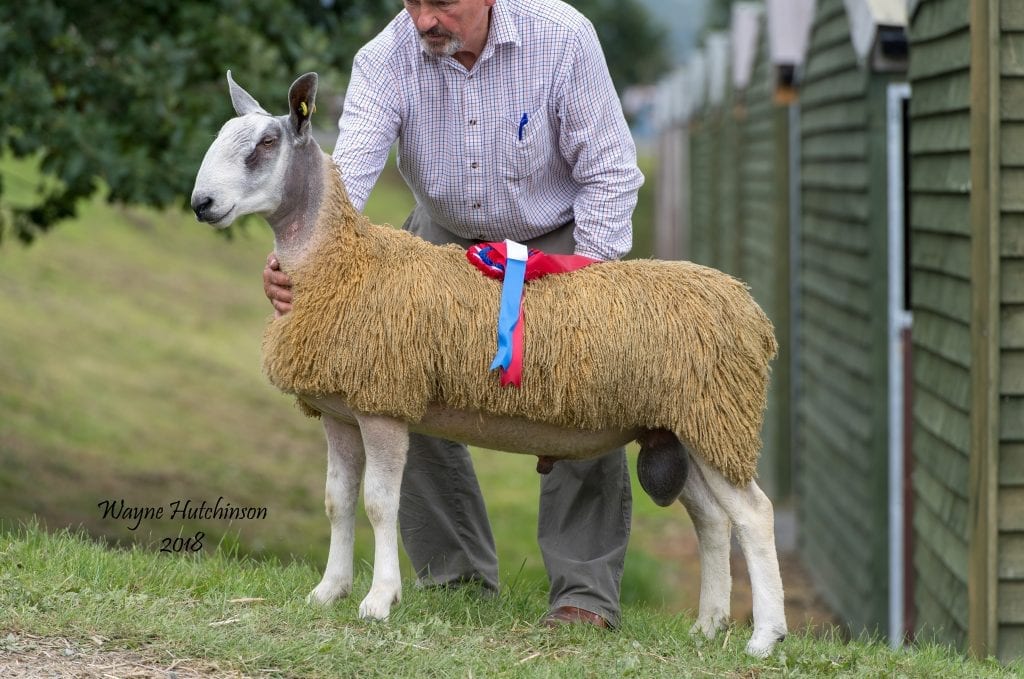 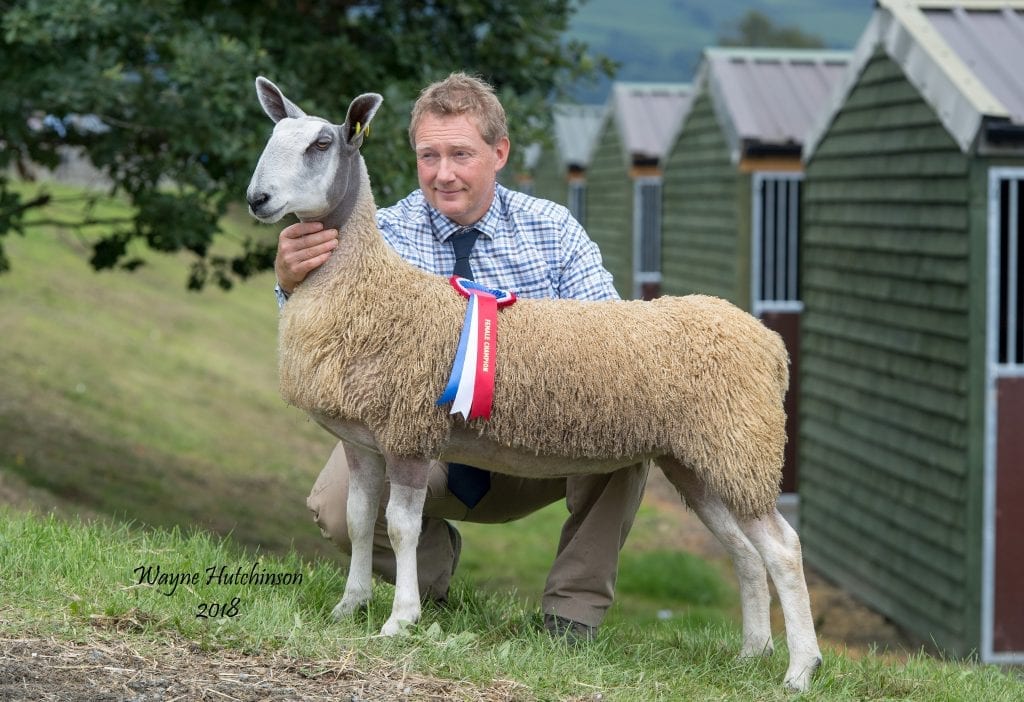 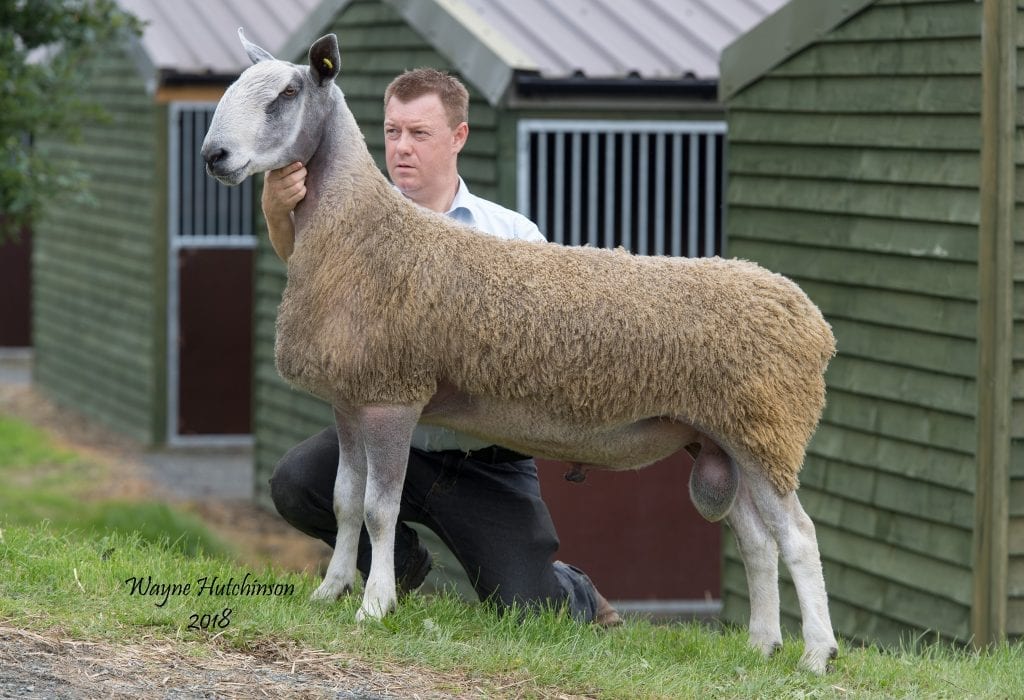 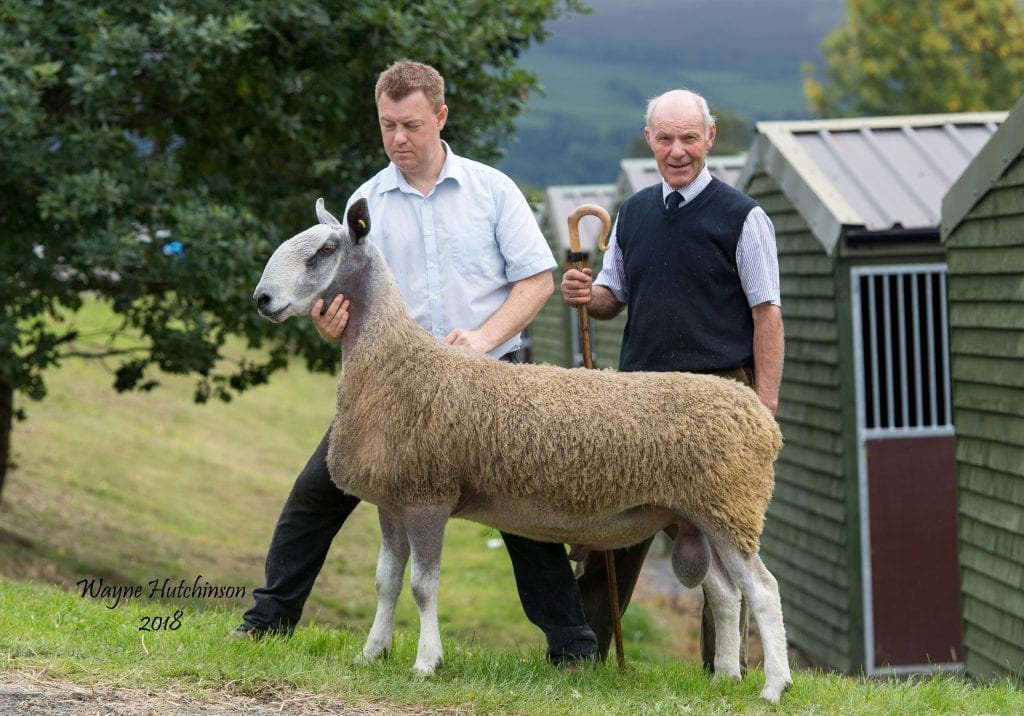 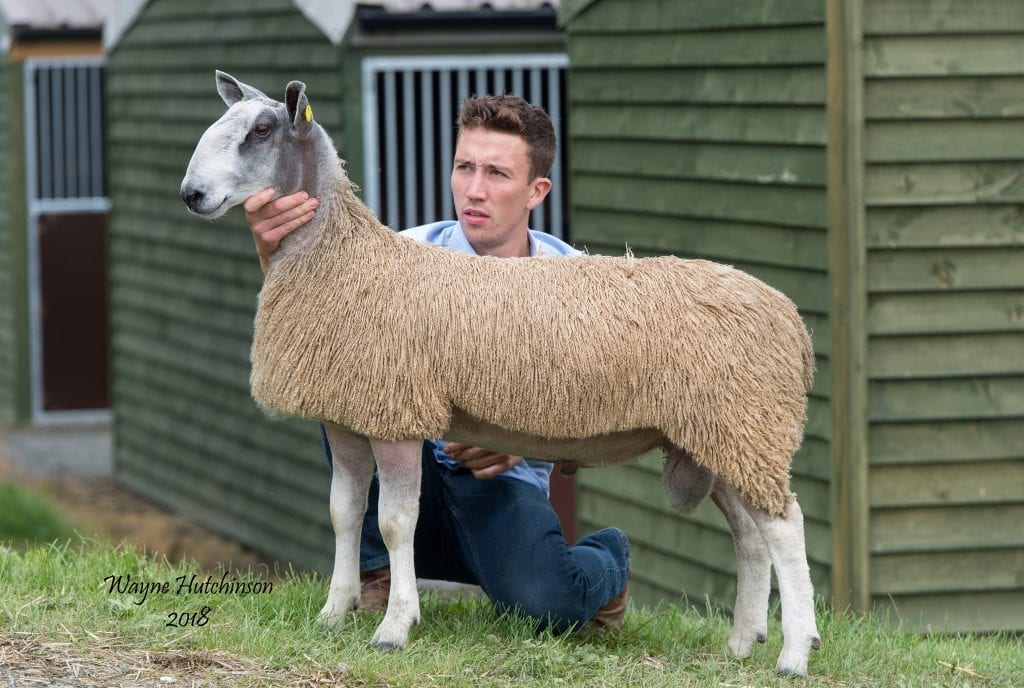 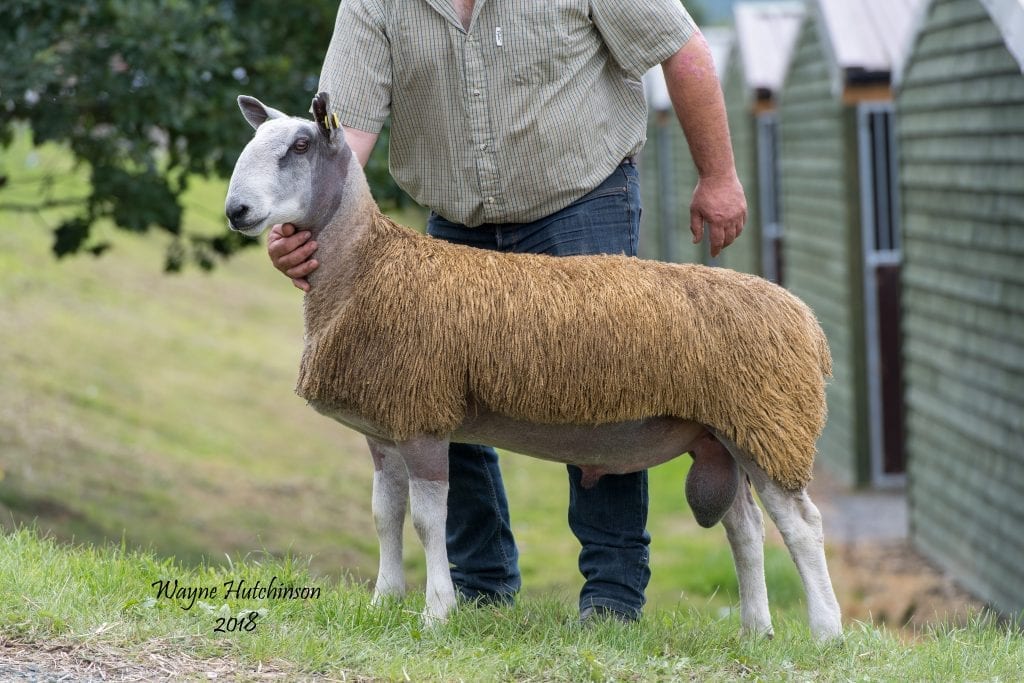 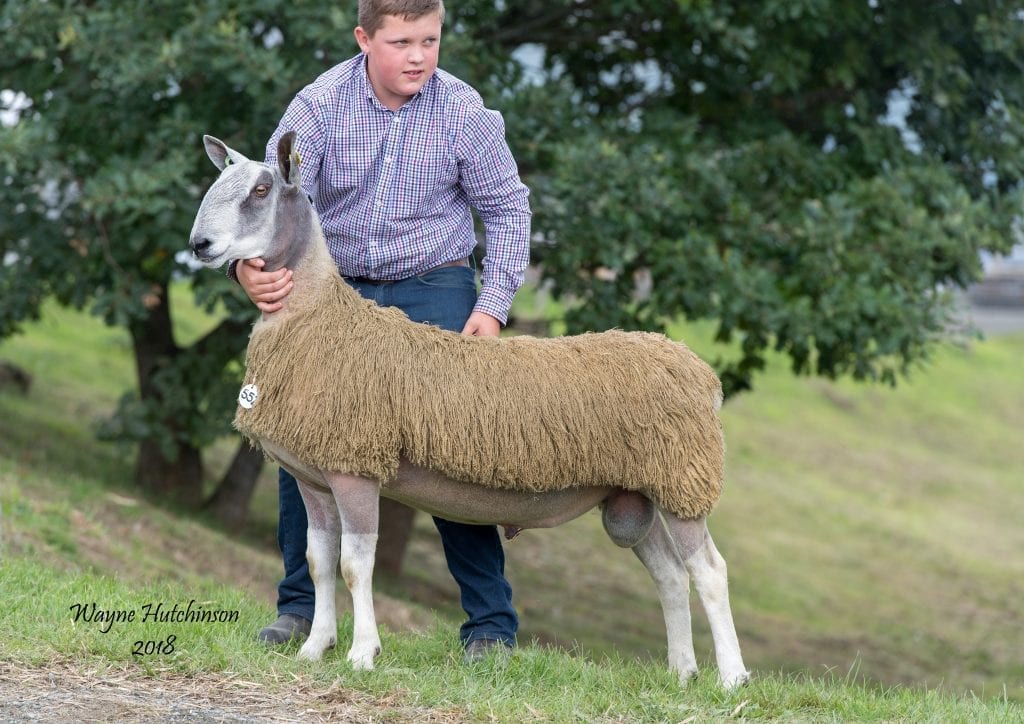