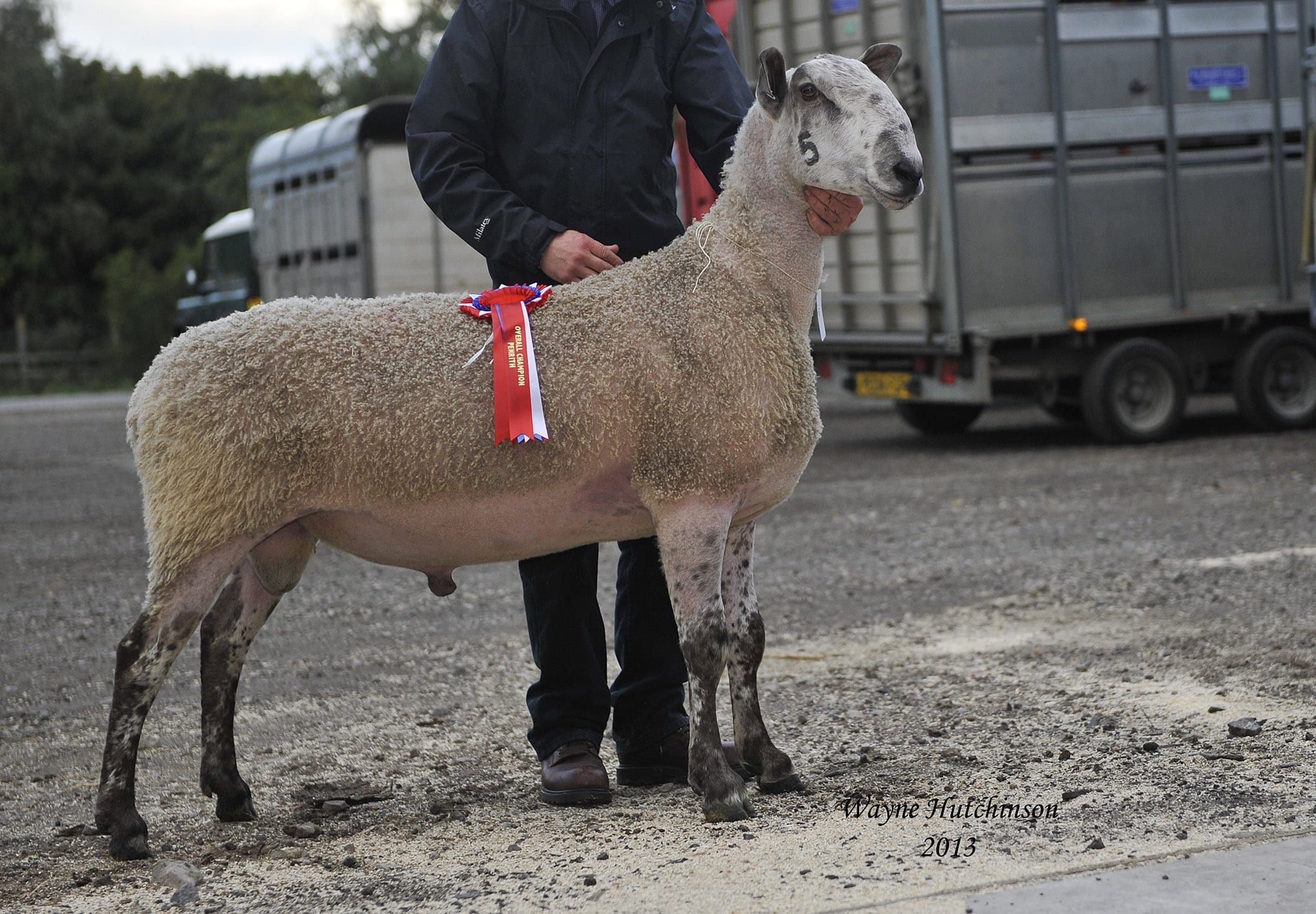 The pre-sale show was professionally judged by Mr Pete Webster who had some strong well presented sheep put before him who awarded the following results:-

The sale soon followed with an amazing crowd of prospective purchasers’ looking to buy their future stock rams.  Some outstanding consignments were forward.  Topping the sale was from the noted Hewgill Flock a tried shearling ram, lot 12 sired by B41 Hewgill  The bidding climbed to £6500 rapidly and ended up in the hands of Messrs W M Hutchinson & Son & D J Abberley.

Martin Allan carried over his good form from Hawes, taking the tup lamb class, with a lamb by the B41 Hewgill again, out of a Z14 Hewgill ewe which was Champion at Carlisle when Martin bought her. She was the sister to the champion at Hawes. He sold for £2000.

Throughout the whole sale interest was buzzing, obviously following on from successful Mule gimmer lamb sales, all consignments sold very well with an overall average of £633.33 for ram lambs and £1479.31 for shearling rams.  This is a sale which has the potential to grow into a huge success if support continues as it has been over the last couple of years..