On Thursday the 6th October Penrith & District Farmers’ Mart LLP held their Annual Evening Sale of Bluefaced Leicester rams and females. With a slight increase of numbers forward on last year, this bought buyers in from Northern Ireland, Scotland and most of Northern England, and this proved to be a very successful sale.

Judge was Mr John Stott from Laund flock, Preston who found his Champion from the Redhill pen of Mr A C Hutchinson, who was selling at Penrith for the first time. The Champion was a homebred ram lamb 2005/J3 sired by 1080/H5 Shafthill, and out of a homebred ewe by 1538/C3 Midlock, and he was cashed in at £1000 to M/s Hodgson, High Borrans Farm.

Top price on the day came for M/s Lord, Hewgill with a stylish homebred shearling ram 980/H18 sired by Hewgill G49, and out of a homebred ewe by another homebred sire 980/B41. He was purchased for £6500 by K D Harryman, Keskadale, Newlands. 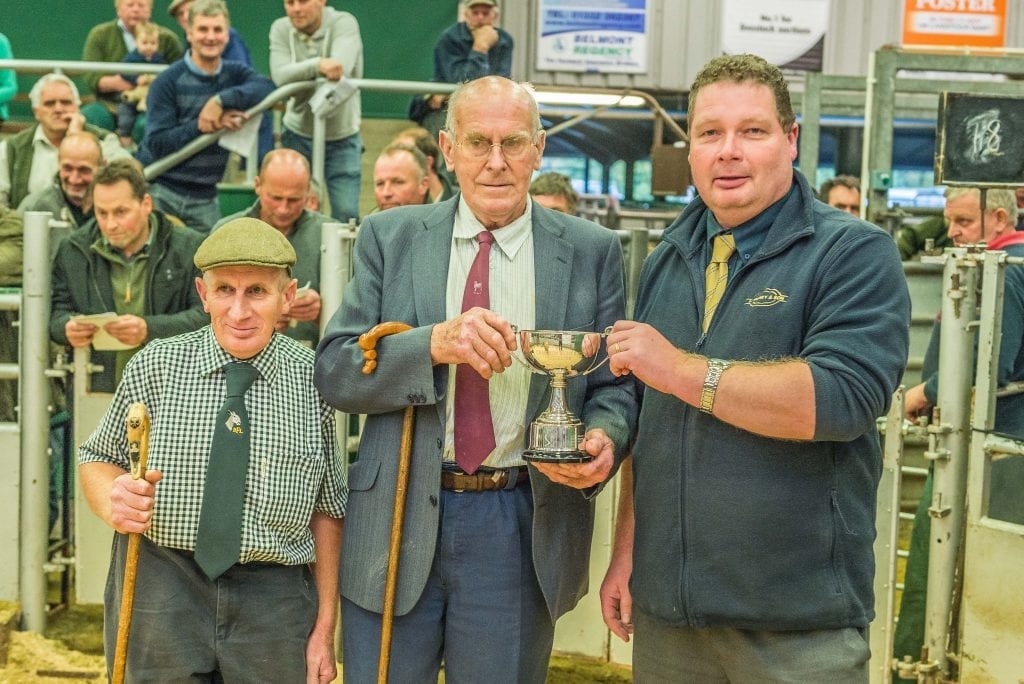