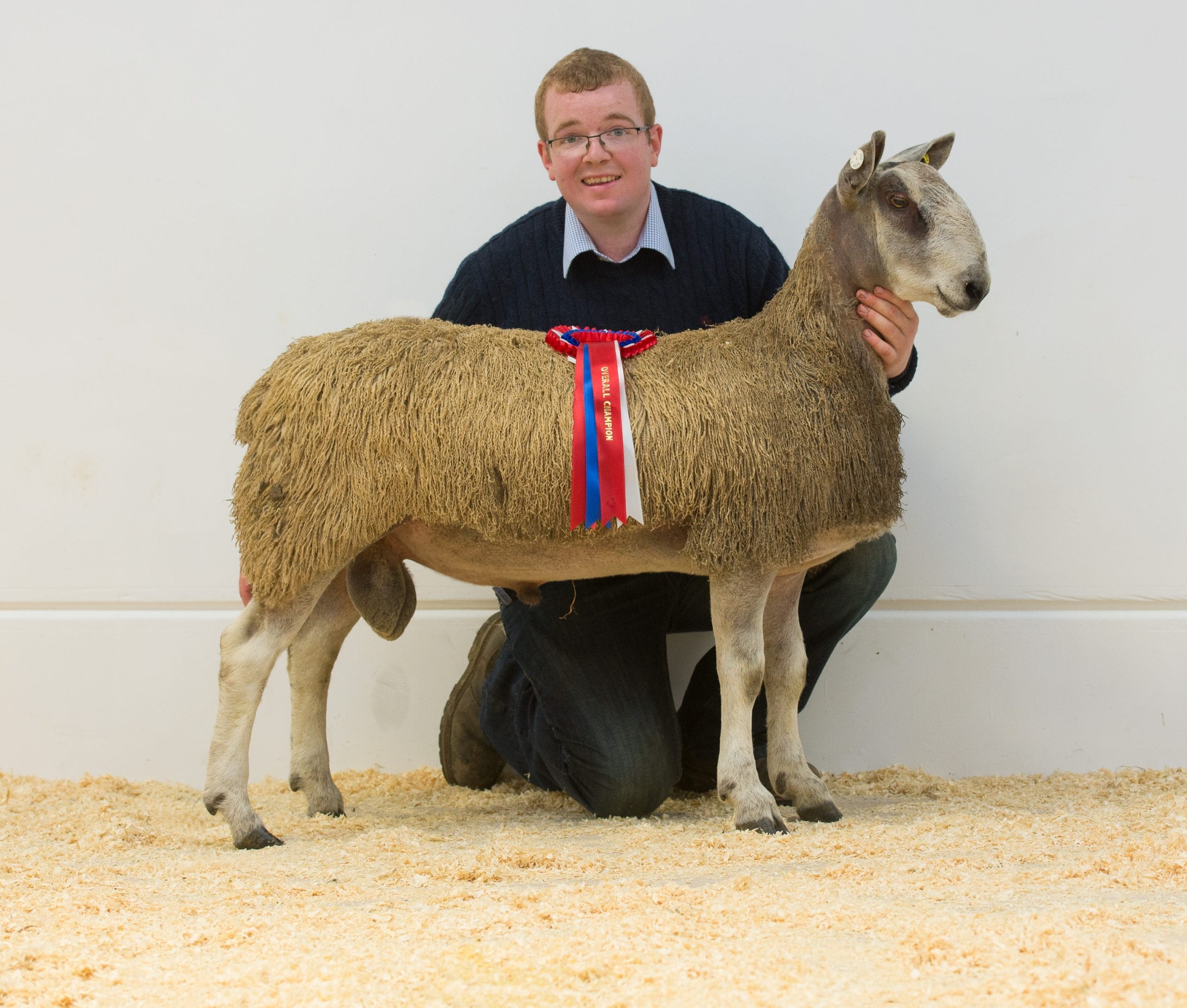 The first day of autumn was greeted with glorious sunshine and a huge crowd of buyers and sellers at Ruthin Farmers Market. It provides an excellent facility to host the annual Bluefaced Leicester show and sale. The day’s judge was local Welshman Mr Gareth Howatson who runs a mixed farm on the North Wales coast where his Leicesters enjoy great views from the Little Orme over the Irish Sea.

Top price was awarded to Elfyn Owen with his upstanding home bred yearling ram Cernyw H7. He was sired by Carry House R1 whose semen has been reintroduced into the flock over the last couple of years. He is out of a homebred ewe by North Burndale E5. Yet again Elfyn topped his home sale in north Wales showing the continued respect and reputation he has as a breeder. Another top price went to another local breeder Einir Williams with a powerful stylish yearling ram.

The day’s Champion was awarded to a ram lamb from Gerallt Jones of the Carrog flock. Fresh from his success in the NSA ram sale this lamb impressed the day’s judge who confidently awarded him Male Champion and then Overall Champion. This sharp lamb was sired by Lower Down G2, and out of a ewe sired by Cernyw F3 and went on to sell well. The Reserve Male Champion went to the Jones family of the Blueforce flock with a very correct shearling ram who won his showing class. He was sired by Derwenlas G22, and by a homebred ewe sired by Craig Yr Orsedd E9.

The female section was won by Dewi Williams of the Elian flock with a sharp, strong ewe lamb who went on to attain the days Reserve Champion. There was a great atmosphere in showring when Dewi graciously accepted defeat in the championship by the young breeder whom he has taught well and who has learnt quickly!

Another successful sale at Ruthin Farmers Market even drew spectators from Carlisle to the delight and surprise of the members. The best stock sold well, and the reputation of the sale makes steady progress with a number of breeders choosing this as their primary Bluefaced Leicester market. 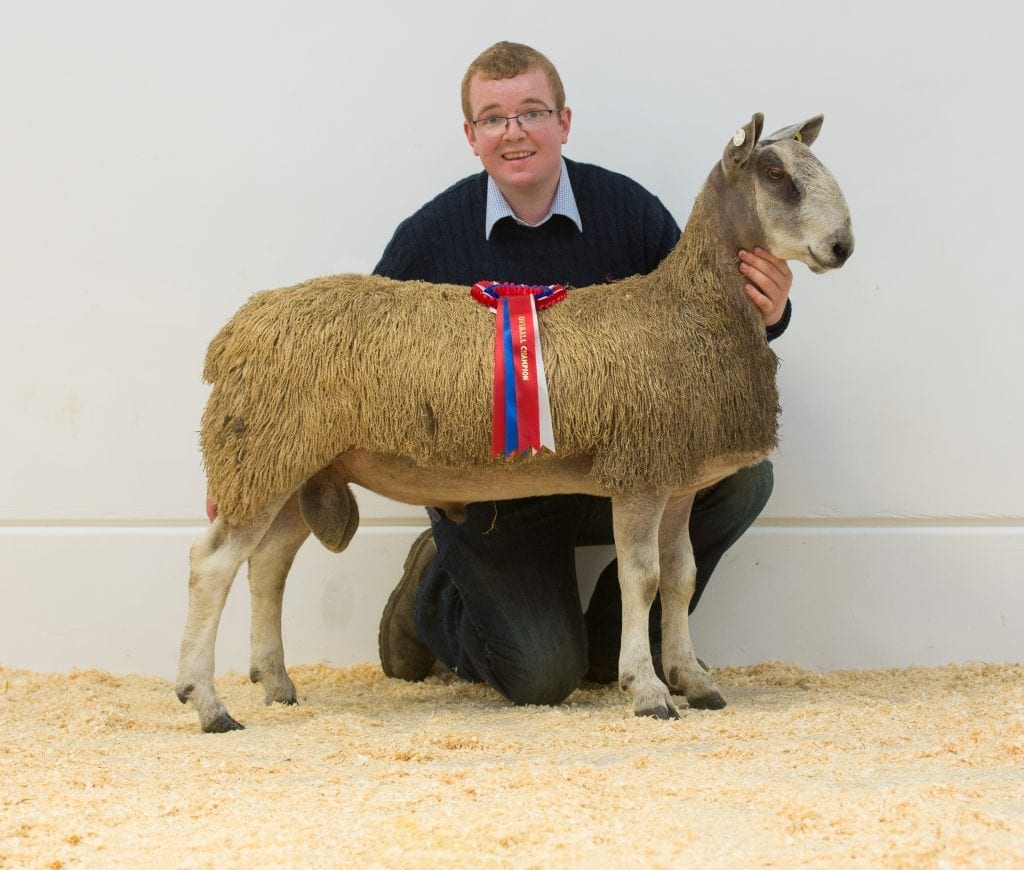 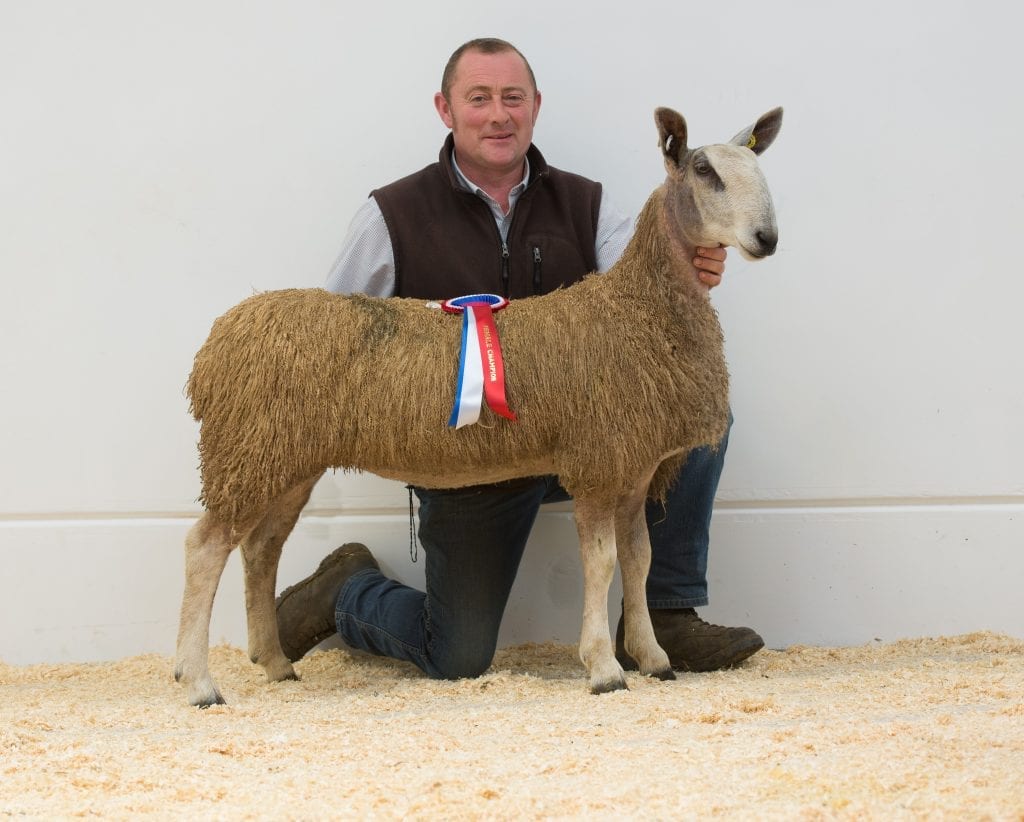 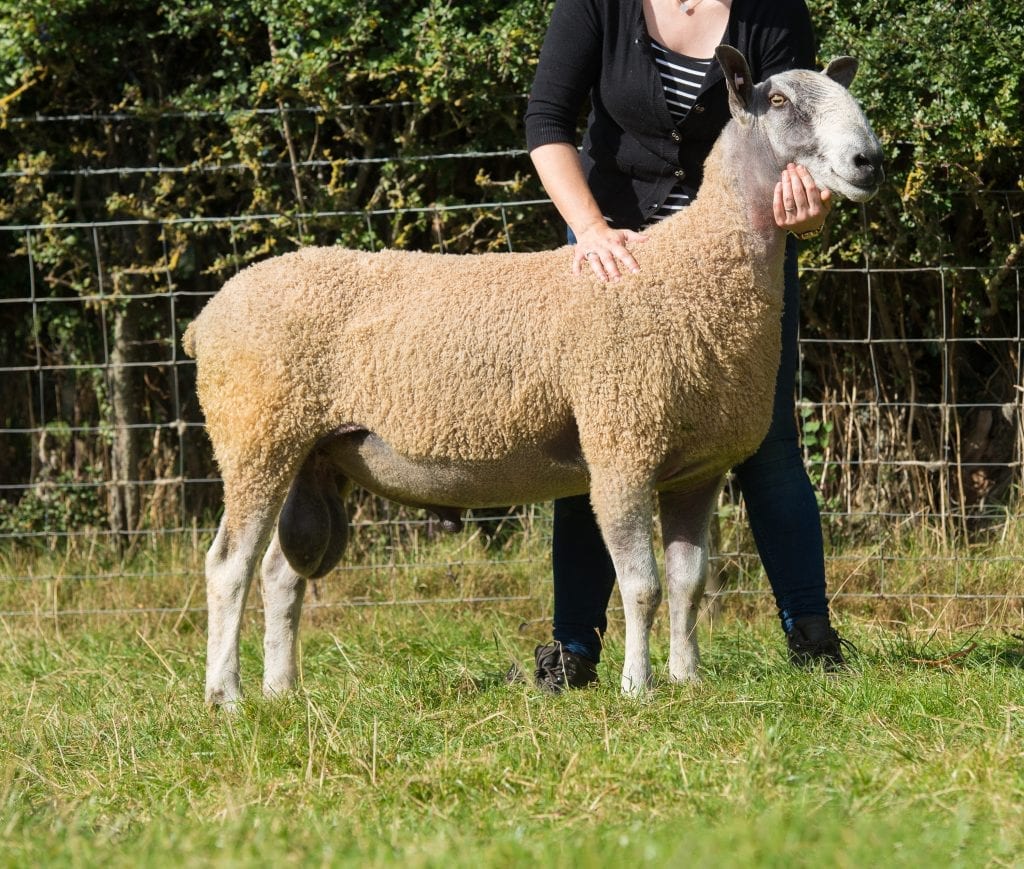 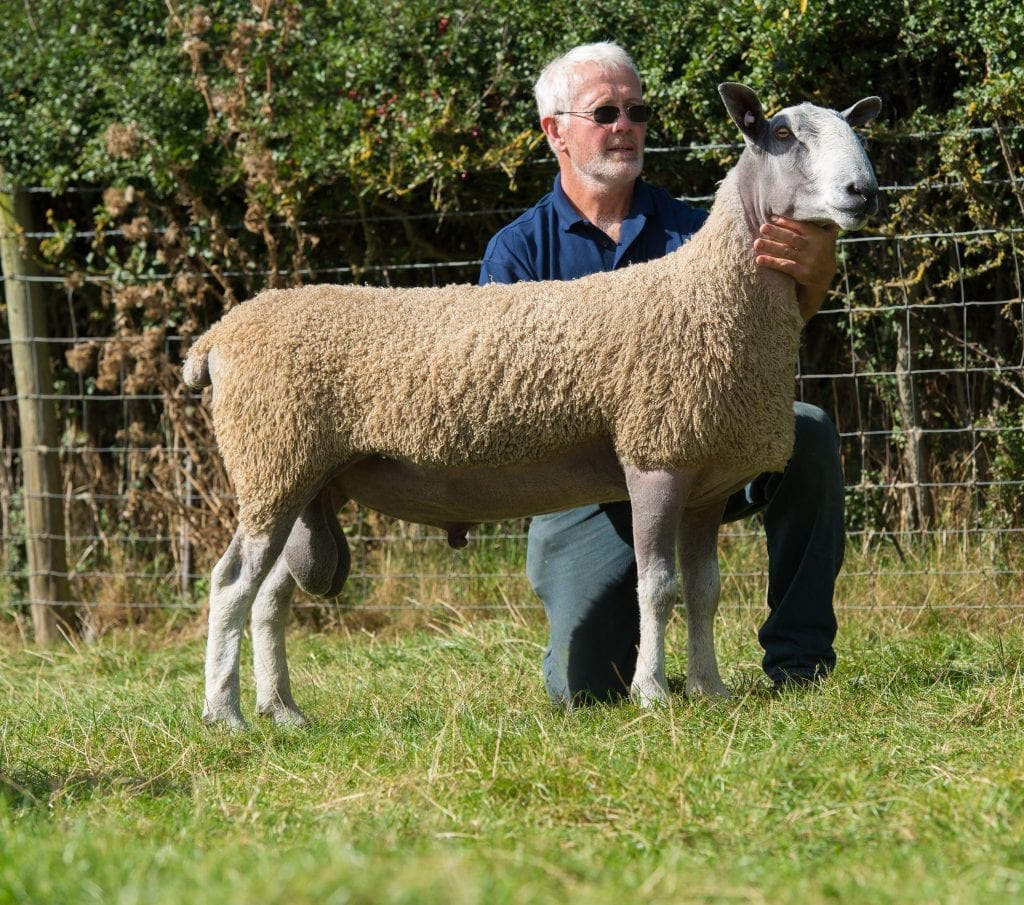