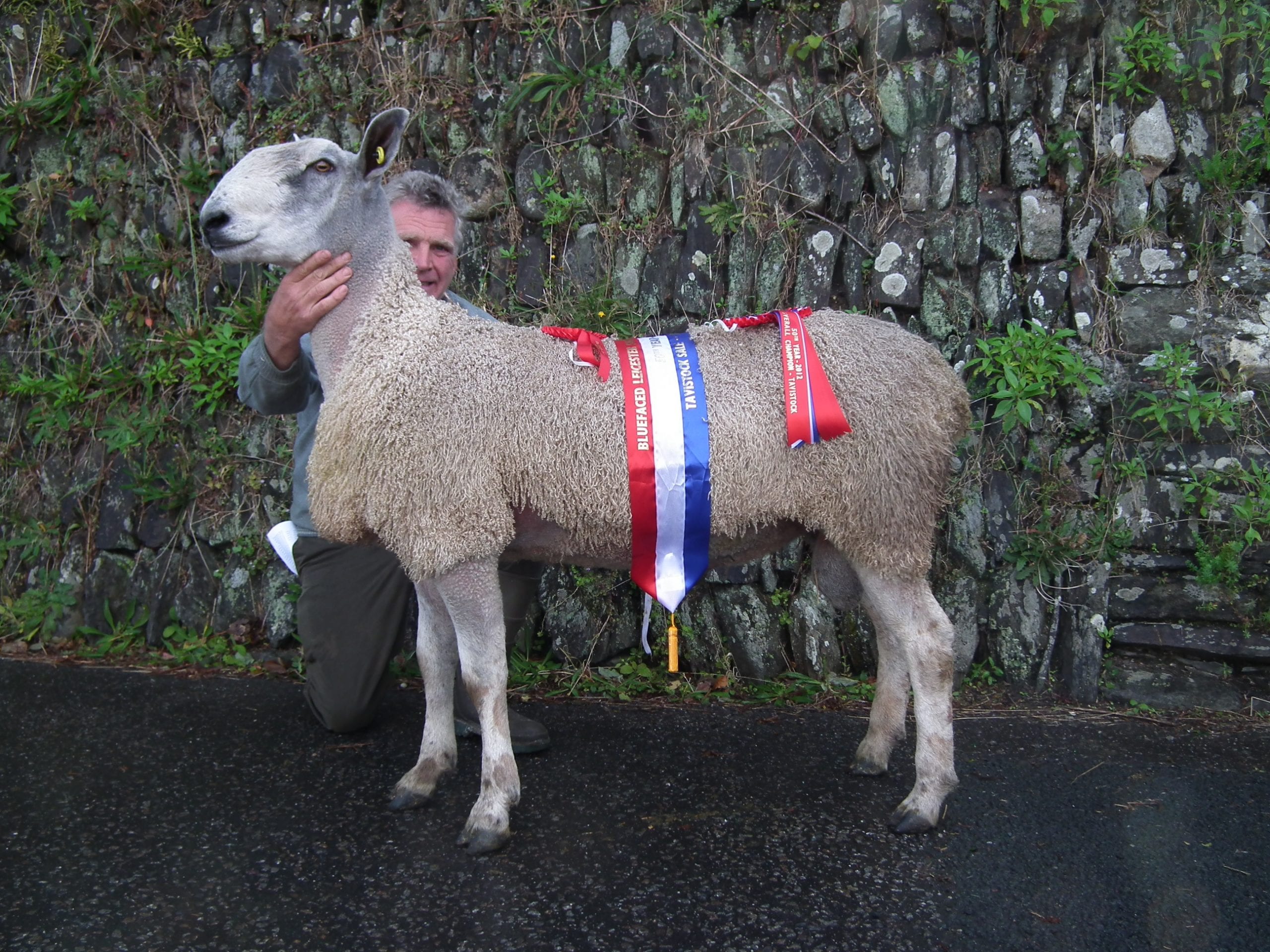 The second ever Bluefaced Leicester Association sale held in Tavistock met with an enthusiastic crowd ready to snap up the quality rams on offer.

Mr Barry Nicholls kindly acted as judge for the show and awarded the champion spot to B C Dallyn (Killington Flock).  His shearling ram, 1925/D7 was a worthy winner of the sash.  He was bred by a Duhonw sire – 1411/V11.  Later, he sold to M A & M Collins, Withypool for 490 guineas which was also the top price of the day.  This ram was one of an excellent run of shearlings from Mr Dallyn.

The reserve champion went to the first prize ram lamb which was bred by Peter Heard (Yelland Flock).  This lamb was 3980/E5 and was sired by Midlock 1538/D8.  Peter also won champion spot for his Mule ewe lambs at the South West Mule Group’s Tavistock sale on the same day, as well at their first sale at the beginning of the month.

The female champion of the day was awarded to Mrs H P Havill (Martin Grange flock).  Her ewe lamb (3585/E35) was bred by a Shrewbridge tup (3114/B10) and later made 172 guineas.  Mrs Havill also took 2nd place in the females and had a successful run with her shearling rams, realising 2nd place in this class as well. 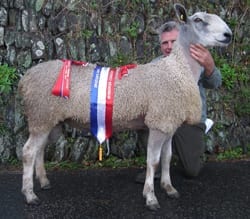 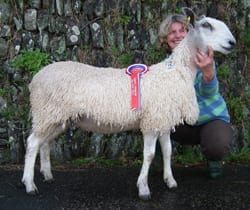