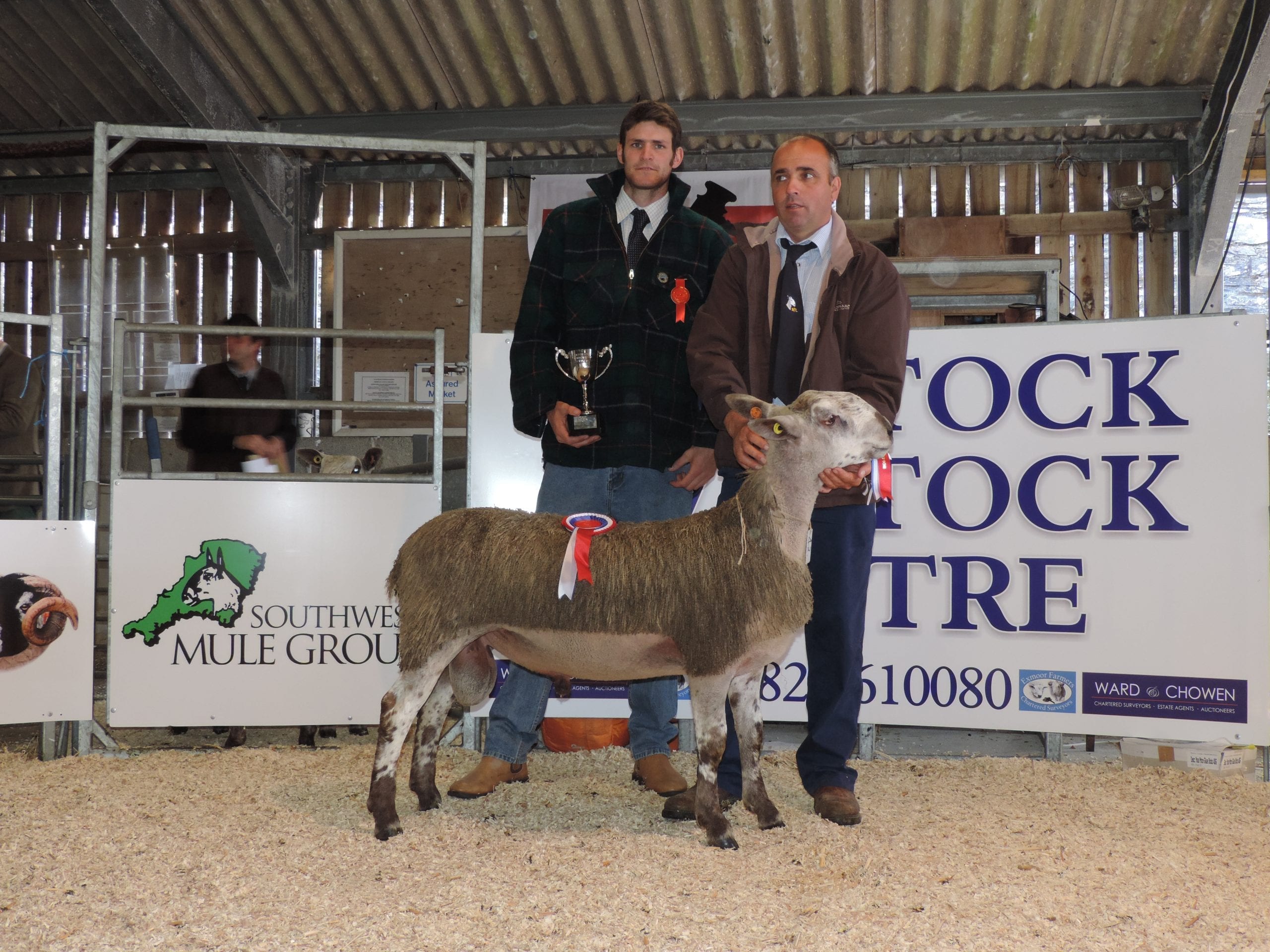 The 4th annual show and sale of Bluefaced Leicester rams and females took place at Tavistock Livestock Centre by Ward and Chowen auctioneers.  This year saw a good variety of quality Bluefaced Leicesters forward with a keen contingent of buyers.  There was something for everyone with both traditional and crossing blues on offer.  The judge who kindly oversaw proceedings for the day was Jim Robson and he awarded the prizes as follows:

The female champion and reserve both went to P L Heard for his D15 ewe and ewe lamb; 1st and 2nd in the female class respectively.

The overall breed champion and reserve were both taken by P L Heard with the ram lamb (G9 Yelland) taking the top spot, closely followed by his old ewe (D15 Yelland).

Unfortunately, neither of the top sheep managed to reach their reserves.  However there were some noteable prices, especially in the shearling ram class, with Layland Branfield’s F19 Danesbrook reaching the top price of the day at 980gns.  This good, strong shearling was sired by P L Heard’s D3 Yelland and went home with local buyer P Alford.  Helen Havill also attained another of the days’ top prices for her 2nd placed shearling ram which later made 900 gns.

The Bluefaced Leicester sale took place on the same day as the 3rd seasons sale of Mule ewe lambs by the South West Mule Group.  A good proportion of the lambs forward were sired by the Leicester tups on offer today.  Peter Heard claimed top spot in this sale too, with his pen of 10 very smart Mule ewe lambs out of Swaledales – eight of these being sired by C10 Carry House, the same sire as the champion and reserve Leicesters of the day.  This top pen later sold for £120 – the top price in the Mules.

There was overall, a good atmosphere and plenty of buyers around the ring with many breeders now recognising the growing sale at Tavistock as a good place to visit in the South West for new blood.  Several of the Leicesters went home with local buyers, however some travelled further afield, as far as Scotland. 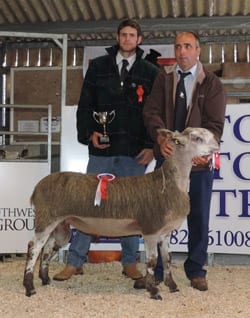 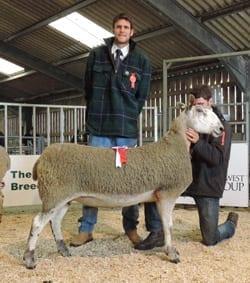 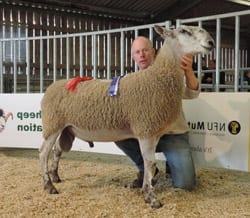