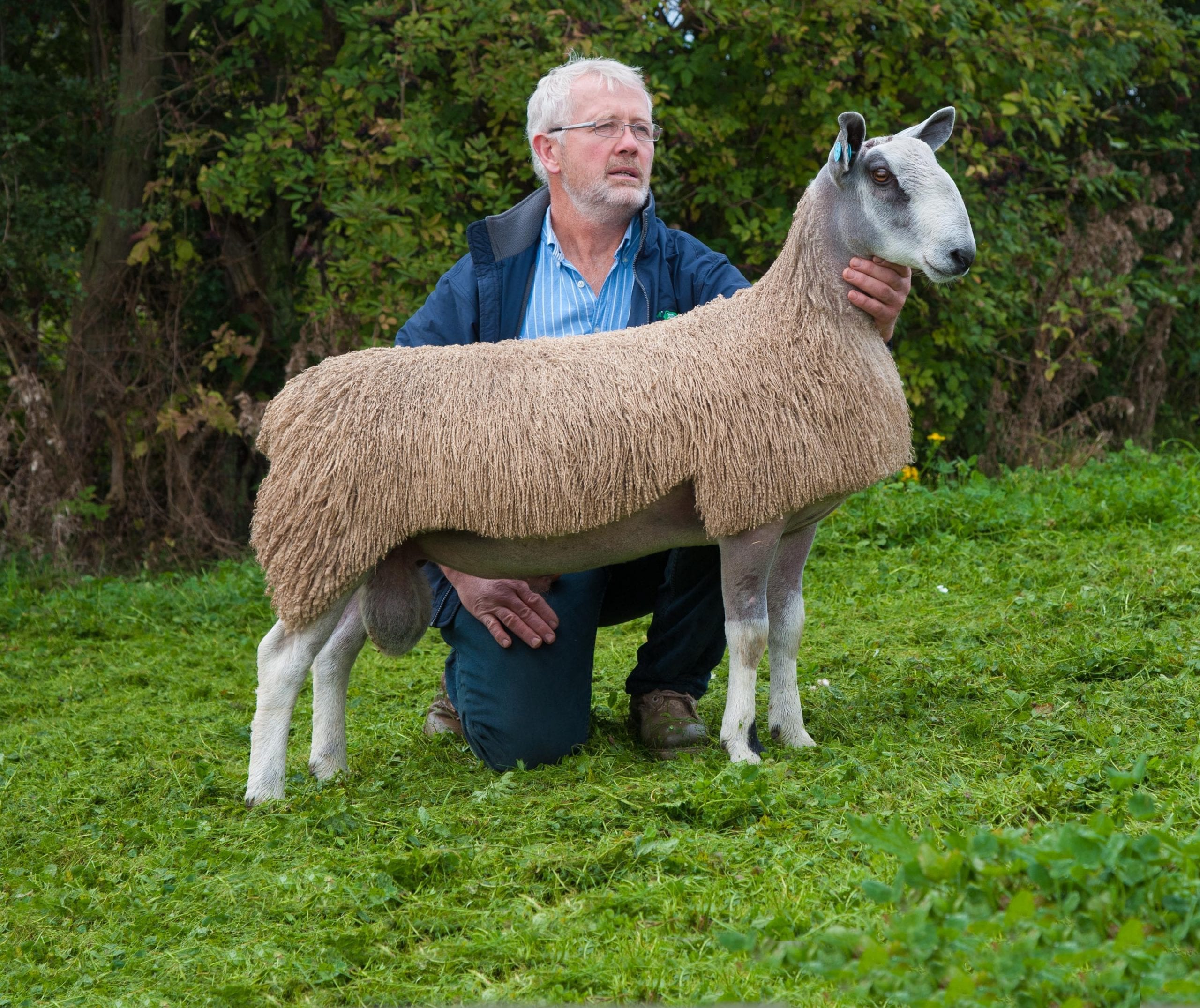 The 25th annual show and sale of Bluefaced Leicesters at Welshpool followed three days after the NSA ram sale at Builth, testing the steel of producers and buyers alike. A bright and warm day welcomed the Judge for the day Mr Oliver Scown of the Belgrave flock in Hexhamshire. The standard of the stock continues to rise in the Wales and border region and the well contested show classes proved the regions determination to provide the judge and faithful Mule breeders with stock worthy of inspection.

We missed the company of Arthur Yates our long standing chief steward this year but we know he was thinking of us and we send him our best wishes. Thankfully Mr John Townson travelled south to keep us on track and we are very grateful for the quiet and smooth way the days events were managed.

The days supreme champion was awarded to Mr Elfyn Owens 1st prize ram lamb 1070/E8 in the performance recorded class. This powerful lamb sired by Cernyw L20 E+ out of a Hazelwood X18 E+ sired ewe caught the judges eye immediately in its class. It brought home the P R Williams Trophy for the champion lamb and also the Association’s 50th anniversary crystal bowl for overall champion to Elfyn a former President of the Association.

Reserve champion went to the Shrewbridge flock, following on from their great success at Builth Wells sale where they achieved champion earlier in the week. The strong yearling 3114/D30 sired by Middle Dukesfield B1 out of a Plas a Ward sired ewe went on to achieve the days joint highest price of £1050.

An excellent trade was achieved by D Gethin of the Monty Flock where their 3091/D3 matched the top price and was a credit to their strong pen of 26 shearling rams.

In the female section Aled Jones of the Craig yr Orsedd flock, fresh from the success of achieving the champion ram lamb and top lamb price at the Builth sale, stole the judges attention to achieve female champion and top priced female. This daughter of Shrewbridge A26E+  out of a Scrainwood T29E+ sired dam went to local breeder Phil May of the Derwenlas flock.

Phil May himself had a very successful day winning the open ram lamb class and then second in both the yearling ram and ewe lamb classes.

The reserve female champion was a classy three tear old ewe 3916/B12 from D Hanson of the Westow flock sired by Nithsdale N25. This ewe won its class and was a close contender for the female champion.

The ram lamb section prices were also topped  by the Cernyw flock with their second lamb in the ring E7 sired by 1070/L20E+ at a very respectable £819, this was closely followed by a stocky lamb E9 sired by 3114/A26 E+ from Craig Yr Orsedd which made £787 and the third highest price went to the Trofarth flock at £735 sired by 281/A1.

The days trade was similar to the weather, bright at times with periods of cloud interspersed with the occasional bright ray of sunshine. As a great encouragement to the Bluefaced Leicester breeders in this multi breed sale we achieved the highest average of all the breeds on offer. Yearling rams averaged £476 and ram lambs sold averaged £365. This cements our future and is testimony to how we are evolving to meet the market. 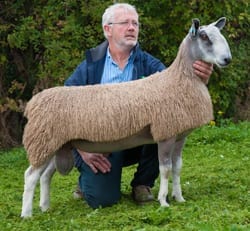 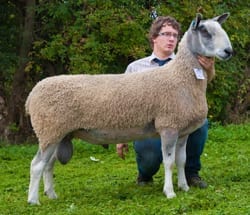 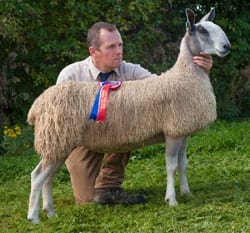