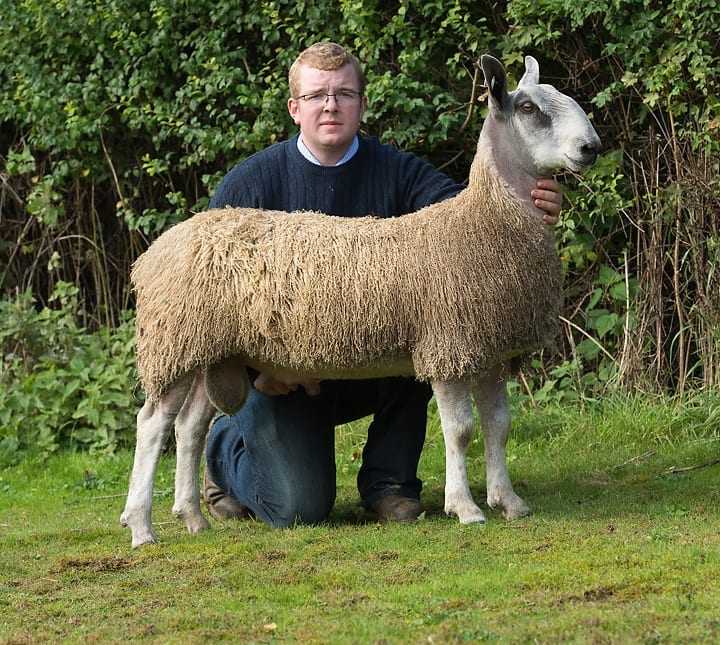 The 29th annual show and sale of Bluefaced Leicesters was held at Welshpool Livestock Market on another glorious autumn’s day. The judge Mr Edward Peart of the Woodcroft flock made the long journey south to examine the day’s splendid offerings.

The top price of £1155 was achieved by local breeder, and one of the main corner stones of the Leicester in the Welshpool region Mr Phil May of the Derwenlas flock. Full of his own breeding, this tup was sired by Derwenlas D3, and out of a ewe sired by Derwenlas B2 E+. His excellent shearling ram caught the eye of Mr Brian Dallyn who having just arrived from a long journey from Devon had him secured within minutes of arriving at the market. A decisive and prudent purchase for the Reserve Male Champion of the day.

The presale show was excellent in all classes showing the improvement in the breed, and commitment to offer excellent stock to the Welsh Mule breeders. Overall champion was awarded to Gerallt Jones of the Carrog flock who made it two in a row after having secured Ruthin Championship. His sharp lamb J5, is sired by G2 Lower Down who has done an outstanding job for this young flock master. The dam is sired by another excellent bloodline F3 Cernyw. Carrog stood first and third with ram lambs, and went on to be tapped as the judge’s choice in one of the best ram lamb classes ever seen at the sale. The judge, ever prudent purchased an unshown lamb Carrog J2 for £892 again by the Lower Down sire as he felt this had the traits best suited to his individual flocks requirements.

In the recorded ram lamb class, the Myfyrian flock took the top spot with an excellent correct lamb sired by E1 Red Cottage, and out of ewe sired by Craig Yr Orsedd D1.

The first prize ewe lamb from Paul Howell of the Long Mynd flock gained Female Champion and Overall Reserve. This again was a two in a row as Paul had secured Female Champion a week before at the Builth Wells sale. This was sired by a homebred tup E3, and was purchased by the Mr Hanson of the Westow flock for £504.

Reserve Female Champion went to Dewi Jones of the Pigot flock with a sharp correct yearling ewe sired by G3 The Close. Top price female went to Mrs Day of the Cloverfield flock dispersal for a three crop ewe F15 sired by Cernyw D17. She made £545, and was purchased by Craig yr Orsedd to go to a homebred sire G30.

The yearling ram trade was not on fire, but there was a reasonable clearance and buyers certainly had a spending limit with little differentiation in price for the quality on offer. The ram lamb trade was a little more buoyant on the whole again showing confidence in the future.

The success of the Mule is certainly testimony in part to the hard work of breeders in improving the Bluefaced Leicester, and as the standard rises at Welshpool the breed can remain confident of a bright future. 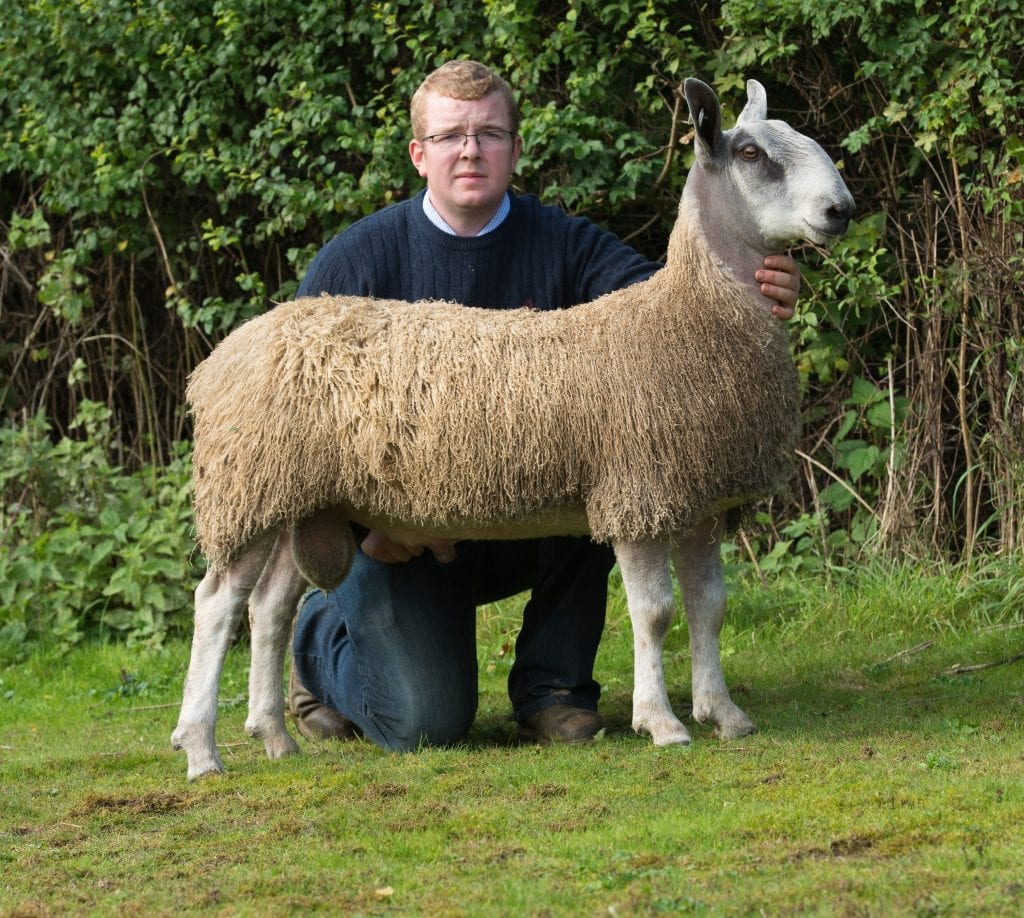 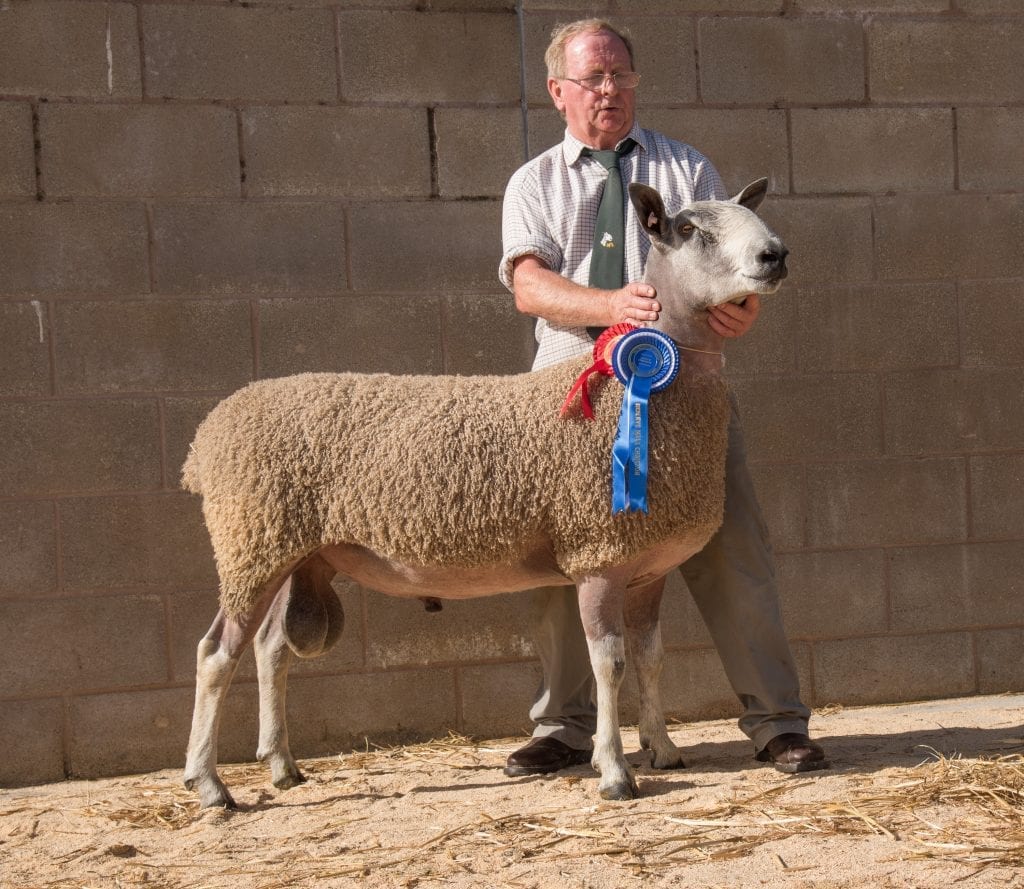 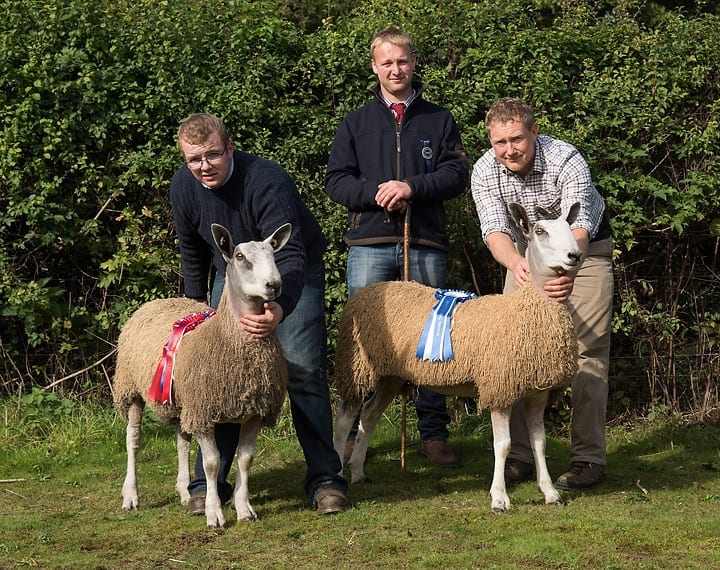