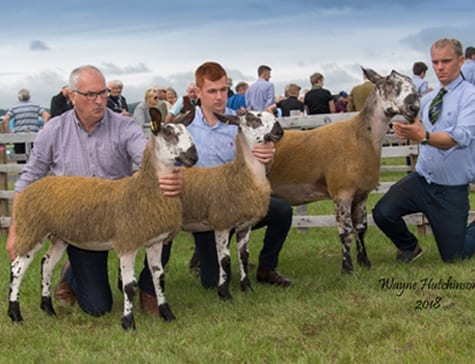 A glorious day in the South West of Scotland was the setting for the Scottish Bluefaced progeny show at Dumfries this year. Sheep from across Scotland were on show, with breeders old and new hoping to catch the eyes of the day’s judge Iain Minto in the crossing ring.

The crossing ring saw Iain Minto wasting no time to get through his classes, with his Champion coming out of the second class of the day, a tup shearling from Alec and Anders Brown, Macqueston. He was a worthy Champion in most people’s eyes, tall, powerful and with the swagger of a true champion in the ring. He was purchased last autumn as a lamb out of Hawes from Carry House in a £12,000 trade with Allanfauld and John Park also investing in him too. He is the full brother to Jackpot who was leading the way at Penrith the previous week, by the G34 Midlock out of a ewe by Z4 Hundith bought off Neil Marston. He went on to take the Reserve in a very strong Interbreed championship too.

The Reserve in the crossing section went to Stuart Park from the SP Dalpeddar flock, with a cocky gimmer lamb, sired by a £2200 J22 Old Hemley tup and out of a ewe by another Old Hemley. She was making her show ring debut, but showed herself off well enough to impress the judge.

In the progeny section, it was a clean sweep for Andrew McQuiston, New Luce, where he took both the Champion and Reserve placings with lambs by a Blarnavaid tup bought off Jamie Pirie last autumn at Stirling for £5500, sharing it with Alan Shennan. He is by the Highberries Hotshot, bought out of Cockermouth for £13,000 by an Oak House tup and again he has that Z4 Hundith breeding on his mother’s side. The Champion group were a pair of powerful tup lambs and Reserve were a trio of gimmer lambs, one of whom had stood first at the Highland show earlier this summer. The Blarnavaid tups influence ran into the Mule section too, with the top four Mule gimmer lambs at the Highland all by him and he went on to take the Mule progeny here, with three cracking gimmer lambs by him from Alan Shennan, proving that good bloodlines run deep and do the job.

The Mule show was won by Alec Brown, Macqueston with a lovely gimmer lamb. She was by a homebred tup lamb used last year, which was sired by, yet again, another Highberries tup. You just can’t seem to get away from that breeding at the top of the show lines now!

BFL Progeny - Pair of Lambs (any sex) Sire by the Same Sire, Shown with Sire 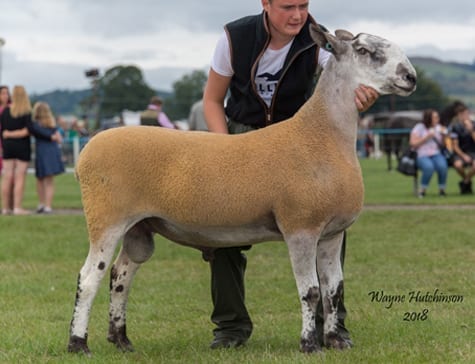 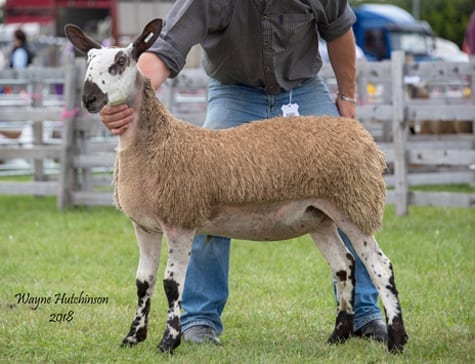 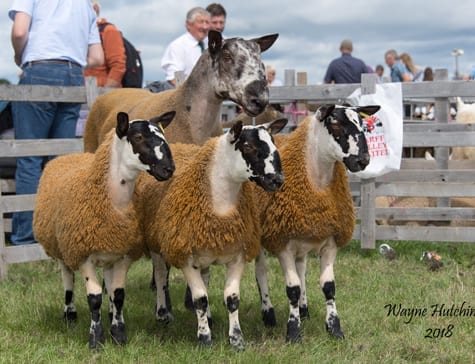 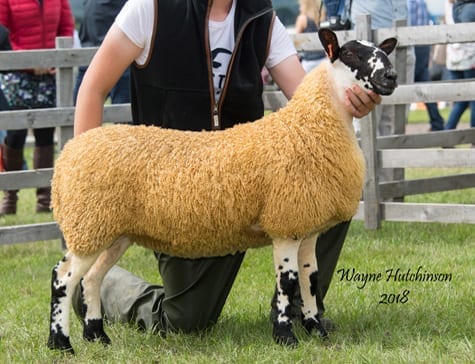