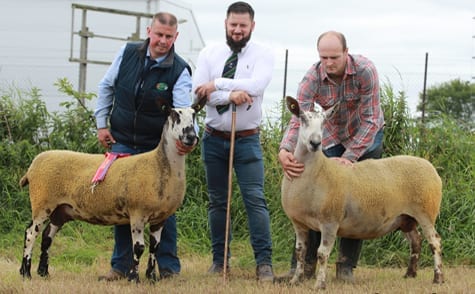 Andrew Campbell from the Drimsynie flock in Scotland made his journey to judge the Region’s Progeny Show. There was a terrific number of entries Andrew was presented with, made up of well populated classes to make his final championship line up. The order of the day began with the male classes; Graham and Julie Loughery scooped the red rosettes in both the aged ram and shearling ram classes. The J7 Hamildean purchased by Temain in Kelso in September 2017 retained his reign of first position in the aged ram class, a duplication of his last year’s success. To add flavour to this ram’s success, Temain lifted first place with a shearling, a powerful, stylish, shearling which will be presented for sale at the Premier Ram sale in September at Ballymena.

With a full ring of ram lambs, Andrew’s final line up in this class started with a ram lamb from William Adam from the Holmview flock; a son of £16,000 Firth shared with Alister Christie from the Fields. This started William’s chain of first place positions. In the female section, William’s aged Cottage ewe didn’t disappoint him. The same ewe that has secured many prizes and championships within her show career collected first in her class followed by breed champion and progressed on to come third in the interbreed on the day. William’s Carry House bred hogget continued with her campaign of first place positioning, arguably with her colour, skin and overall correctness. She banked overall reserve of breed. The Carry House bloodline continued to catch Andrew’s eye in the ewe lamb section with William lifting the red rosette for what could be described as a smart, catchy ewe lamb. As events preceded, the progeny judging began, given William Adam’s success of the final line ups from the individual classes it was not surprising that he managed to add more accolades to his flocks success. This included first with his pair of Adult sheep (Cottage sire), Ram with three ram lambs and three ewe lambs (Carry House) alongside first with pair of lambs (Firth). The remaining class in the progeny section was presented to Graham & Julie Loughery with their Hamildean ram and three hoggets. The overall championship for the progeny ended with Andrew handing William Adams champion for the pair of sheep followed by reserve for his ram and three ram lambs. Young handlers class was won by Billy Liken, with Archie Henry coming a close second.

With well supported classes in the Mule section too; Andrew’s final choices for the overall championship included an aged ewe from Michelle Wright. The same ewe continues to add to her array of rosettes and championships and Limavady proved no different; with Michelle collecting reserve champion. The Hogget class was awarded to a first time exhibitor William Byer for a hogget purchased as a ewe lamb from Ballymena 2nd Mule in 2018. The make-up of style in an extremely large entry of ewe lambs didn’t waver Andrew’s ability to make his selection, Graham Loughery first, second and third place with their lambs later becoming the judge’s Champion selection on the day. Andrew’s duties continued on to judging the progeny groups consisting of the sire and three ewe lambs being presented to Graham and Julie for J7 Hamildean ram and his offspring. The presentation of stock is testimony to the commitment of the exhibitors and thanks is extended to them for their support. Thanks to Andrew for making the journey to undertake the task of judging on the day. 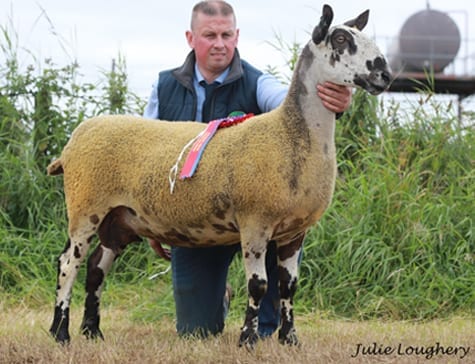 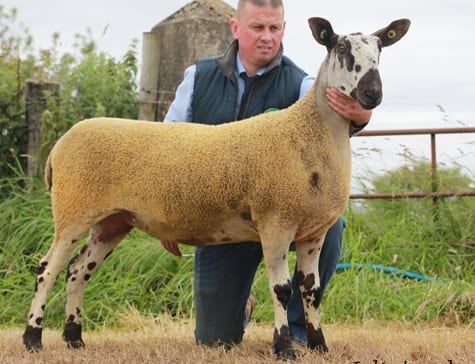 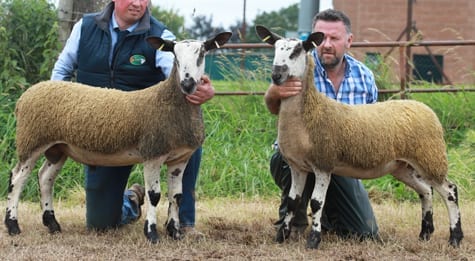 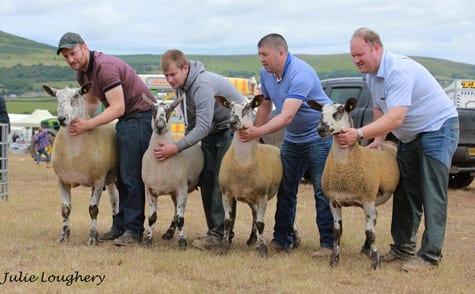 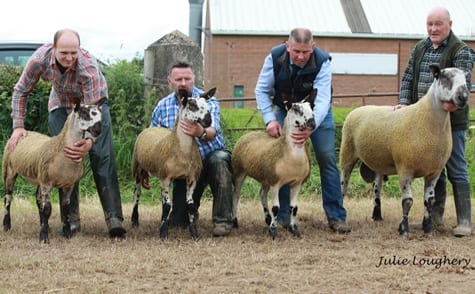 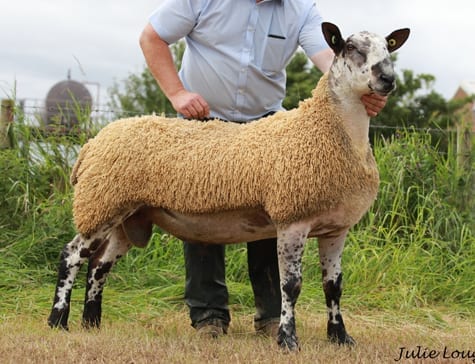 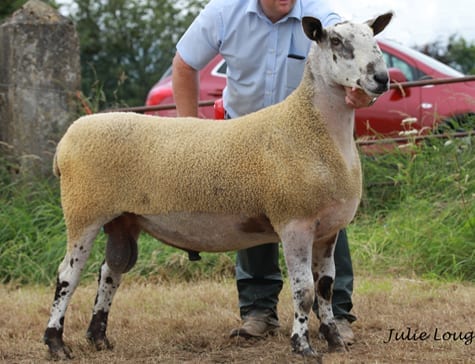 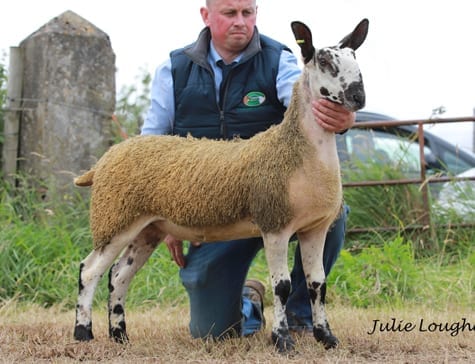 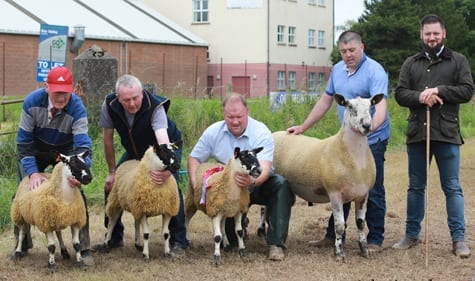 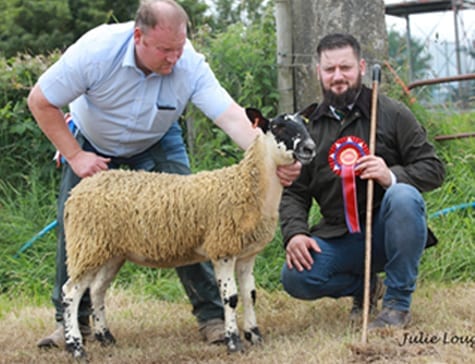 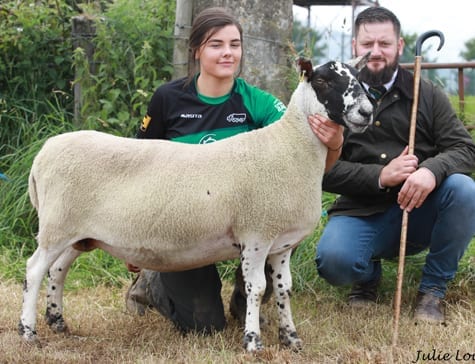