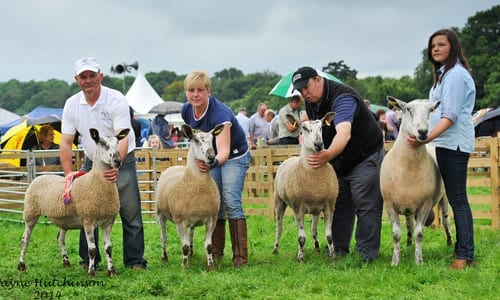 Following days with the temperatures soaring to a scorching 30 degrees or so, it was a bit of relief for the sheep and shepherds alike to have some cloud cover and a touch of rain at the Co. Antrim Progeny Show. As ever, the classes were very strong and the quality put in front of the judge, David Brown, Agglethorpe, has improved quite a bit over the last few years, and it certainly made his job difficult.

In the individual section it was Seamus Laverty from the Orra View flock who was collecting the top accolade with a really smart gimmer shearling by the Cottage “Contraband” tup which has certainly made his presence felt over in Northern Ireland since his arrival five years since, taking several championships himself and siring many more winners along the way. She was also part of the progeny champion group, with last year’s gimmer lambs following up their success and taking the championship again, making it that four years in a row that the Cottage tup has taken the progeny title, which must be some kind of record. And just to prove the point of how good his breeding is, Seamus also took the reserve progeny championship with a homebred son of the Cottage tup which was out of a Tanhouse sired ewe, which he retained and gave eight Blue ewes, and his trio of tup lambs certainly caught the eye, and pushed them, as a group into the reserve place.

The reserve champion in the BFL section went to the Northern Irish Chairman, Richard Graham, Tullyvallen, who was making his debut at the show, with a ram lamb. This came top of the pile in the tup lamb section, with some 21 sheep in, showing great strength and quality throughout. This powerful lamb from Tullyvallen is by the legendry Z4 Hundith, with Richard buying some semen and getting himself a set of twins out of a Jack Lawson ewe he bought at Carlisle by the Z5 Hundith. He was also the champion at the Castlewellan Show and is heading to the Ballymena sale later this backend. It was a good day for the Z4 breeding, as he sired the gimmer lamb first prize for Michelle Wright, and at the same time the Z4 Mule lambs were picking up the tickets at the Penrith Progeny Show at the same time!

In the keenly contested Mule section, James Mills and son Jason had a great day, taking the champion Mule and then taking a step up from last year to win the Mule progeny show too, and when going head to head with the BFL progeny champions, blowing them away too! These lambs, with some exceptional colour, caught the judges eye big time. The Mills are based in Ballytober, and breed Blackie and Mules, selling around 200 gimmer lambs each year at Ballymena, where he has won the last couple of years. This is the third time they have shown here, and the sire to the lambs E26 Firth, was picked out by 14 year old Jason, and bought at Kelso last year for £2400. He is by the D4 Tanhouse and out of a ewe by A13 Kirkby Redgate.

The sun did break through the cloud for a while at least, but the weather remained hot, as did the competition in each and every class here. Each year the standard steps up a notch, and it is becoming one of the bench mark shows in the BFL calendar, and long may that remain the case. 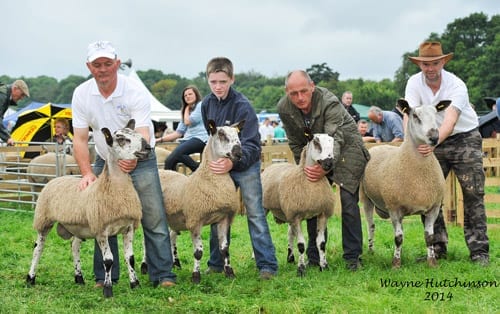 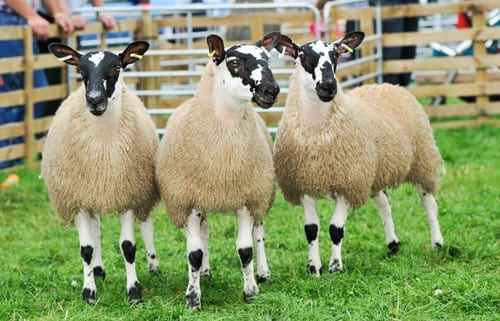 3 Mule Lambs, Champions in the progency show, from James Mills. 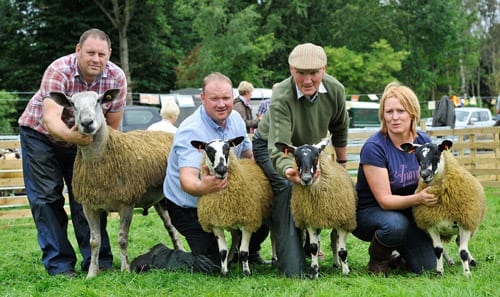 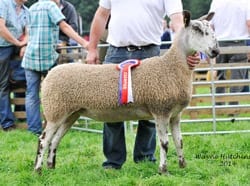 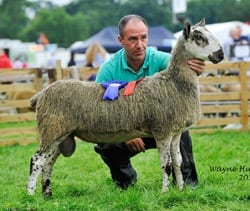 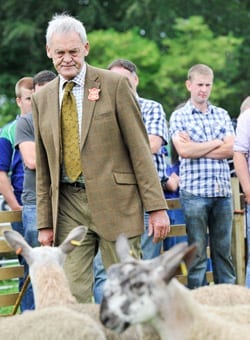 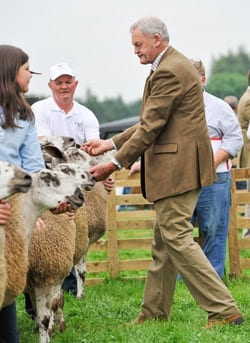 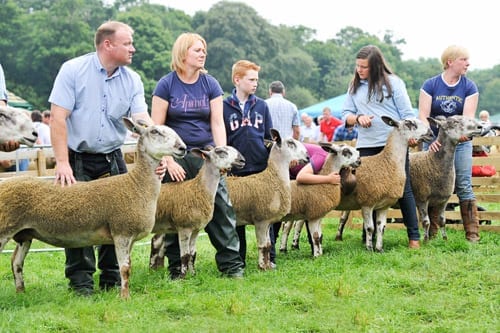