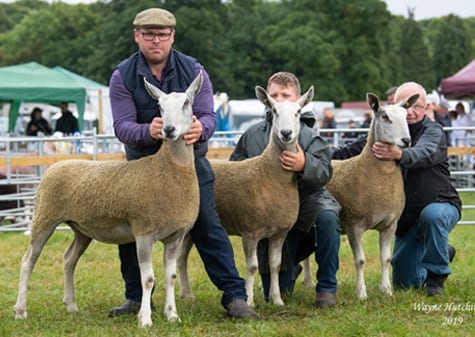 Penrith Show was heading for an infamous hat trick this year, but the weather Gods did their best and shone for most of the day. It didn’t look like that first thing in the morning, however, as another wash out loomed, the weather cleared nicely and for most part of the show it was bathed in glorious warm sunshine…. apart from one heavy downpour and a couple of smaller light showers. Disaster averted, it was the turn of the sheep to star. The Leicester section was again divided into two for both the open classes and the progeny groups. The format is working well, with both sections getting some strong entries and building on quality, surely making it the premier English show of the season, especially when you combine the Mule classes too, which draw a massive entry and interest.

The traditional section were the first to finish, but only by a narrow margin. The judge of the section was Alec Bisset and when the shakedown came his champion was a ewe making her show ring debut. This sharp, clean sheep was from the Espley flock from Michael Gray. She is out of an Ashes F2 ewe which was the Reserve Female Champion at the Highland a couple of years back and by the Shrewbridge H1. The Reserve in this section went to Scott and Clare Thomason with a gimmer shearling which was back at the show after winning its class last year as a gimmer lamb. She is by the J9 Kirkstead which was the section Champion and Interbreed Champion last year at Penrith and is backing up his show ring exploits with consistent breeding. The J9 Kirkstead was behind both the Champion and Reserve Champion groups in the progeny classes too with the Walney Island based flock which runs around 15 ewes. They took the Champion ticket with the gimmer shearling group and their gimmer lambs took the reserve placing.

Once again it was a successful day all round, with some great classes and well organised and well supported by exhibitors and onlookers, and it shows how much interest there is in the breed and it certainly looks as if the breed is well placed to face the challenges of an uncertain future going forwards. 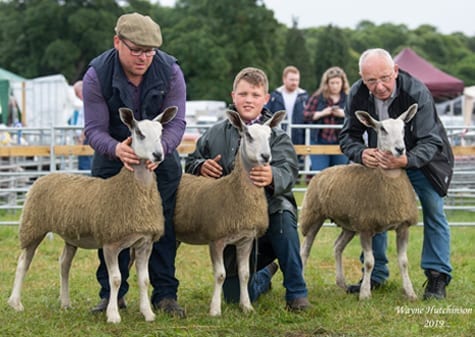 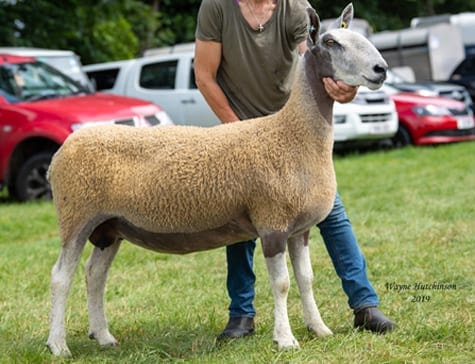 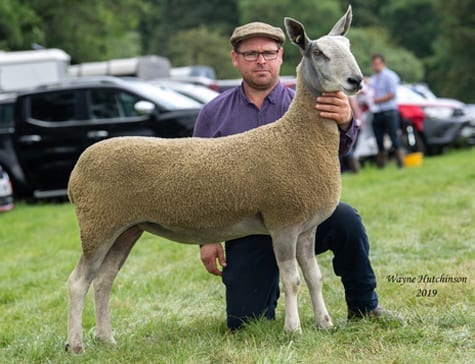