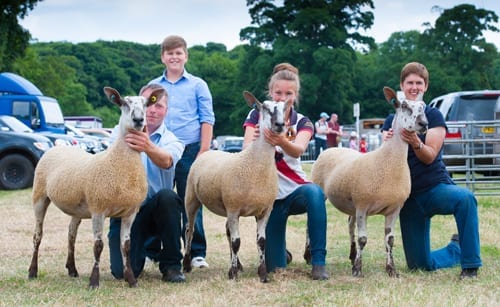 The sun shone brightly at the 2013 Penrith Show for the Bluefaced Leicester Association’s annual Progeny Show. John Stott, the Bluefaced Leicester Association chairman had the honour of judging the Bluefaced section this year. His champion in the individual section was an exceptional shearling ewe from W C Porter & Son, Riddings flock, North Yorkshire, on their first time ever exhibiting at Penrith. This champion was sired by Midlock Badger “C3”, their stock ram bought at Hawes in 2011 for £14,000 in partnership with M/s Brown, Asby Hall. She is out of a ewe bought at Bentham from Gordon Rawsthorne, Lunesdale flock sired by Lunesdale T48. Three gimmer shearlings by Midlock Badger including the champion went on to win the progeny championship for the Riddings flock, a great day for the Porter family. Reserve in the individual section was a shearling ram from M & C Drummond, Cassington flock, Ayrshire. This ram was sired by the high index home bred stock ram Cassington Hercules “D14” and out of a ewe by Myfyrian Blue Dragon “B10”. Reserve in the progeny section went to three ewes from M/s J & D Stenton, St Ravenscar flock, North Yorkshire, sired by Oakhouse “A5”.

The Mule section as always was a tremendous show for quality and quantity. The two men with the mammoth task of judging this section were Mr John Mason, Oddacres Farm, Skipton, N. Yorks and Mr David Thompson, East Unthank Farm, Haltwhistle, Northumberland. John Smith-Jackson, Shafthill flock, Haltwhistle won the individual Mule section championship with a sharp ewe lamb by Shafthill “C2” but the best was yet to come, as he went on to win the Mule progeny section for the third year in a row and all three years with ewe lambs sired by Shafthill “C2”, a massive achievement in the extraordinarily competitive world of showing Mules. Taking the reserve in both the individual Mule section and the progeny section was Martyn Archer, Carryhouse flock, Hexham, with lambs sired by the home bred ram Carryhouse Cracker “C29”. These Mule lambs will be for sale at Hexham in the backend.

Swaledale Ewe with her own twin gimmer lambs 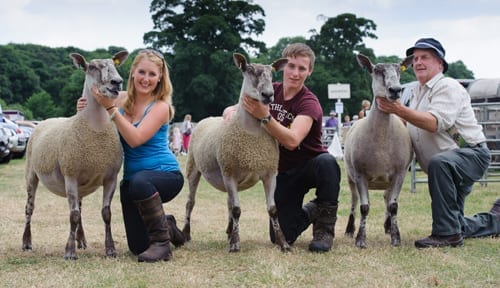 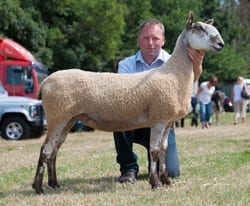 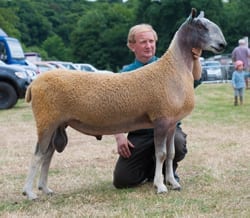 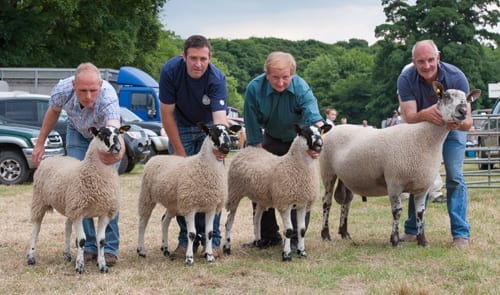 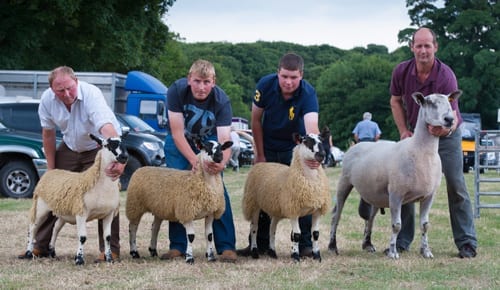 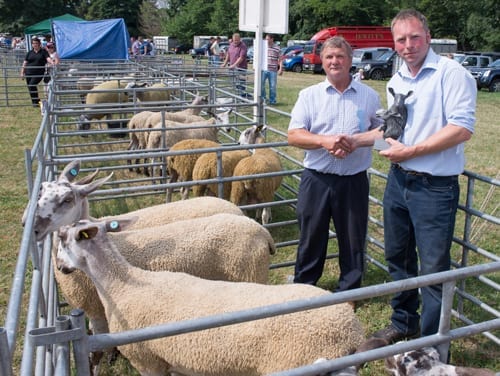 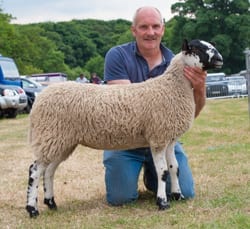 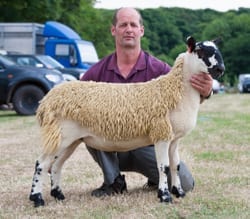 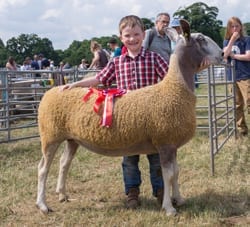