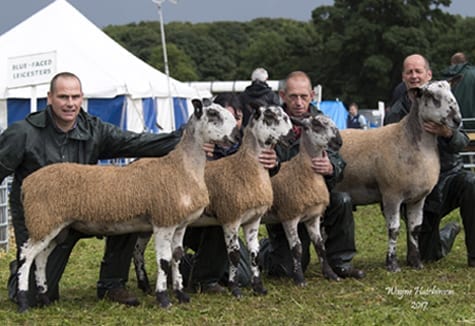 The rain poured and everyone got a proper drenching durign the judging of the 2017 Penrith Progeny Show, but the spirits definitely weren’t dampened. There was a great show of sheep in all sections of the progeny classes, as well as the open classes, with a big crowd watching on, especially around the Mule classes. But then again, let’s face it….what else was there going to be done at home? Not a lot in this weather!

The crossing lines certainly generated a lot of interest in the pouring rain. The champion, sorted out by the judge James Herdman, was the powerful Highberries Highlander, last seen wowing the crowds at North Sheep in June. He is a tup with some presence, by the C24 Hewgill and out of the full sister to Robin Booth’s D15 Smearsett, by Z4 Hundith, which has been doing so well for them. Highlander, jointly owned with Martyn Archer, also took the progeny championship with three tup lambs, which will be headed to a sale at Kirkby Stephen on 30th of September. One of his Mules was part of Neil’s pair which won the hotly contested Mule pairs too.

The reserve champion in the open classes was a smart, stylish gimmer lamb from M/s Pedley, Yore House. This smart lamb is by H2 Drimsynie, who was also the sire to the second prize tup lambs in the progeny classes, and out of a ewe by B2 Duhonw which has done well for the Yore House flock. She is the full sister to the first prize gimmer shearling at the show, which also did well at shows last summer, winning the interbreed at Moorcock in North Yorkshire.

The reserve progeny group went to the Stenton family with three gimmer lambs by the J37 Midlock, a son of the £23,000 Carry House bought out of Kelso as a tup lamb. He has done really well for the flock, putting a great stamp on his progeny and good clean whites in the Mules.

In the Mule section Paul Brown, Oak House was proudly lifting the championship in this fiercely contested section with a gimmer lamb out of a Swaledale ewe. This lamb was by a Highberries tup, going back again to the C24 Hewgill. The progeny section was won by Martyn Archer with three stunning lambs by the homebred J2 Carry House he shares with the Riddings flock, which was out of another ewe by the legendry Z4 Hundith, who seems to be behind all the best breeding within the breed these days. At about the same time its full brother, the J1 Carry House, which was champion at Hawes last year, was winning the progeny show over the water in Co. Antrim, proving that quality always shows through!

Although the day was a bit of a damp squib weather wise, plenty of farmers from all over the North of England enjoyed themselves and got to see some of the best sheep in the process. Just hope next year is a bit drier! 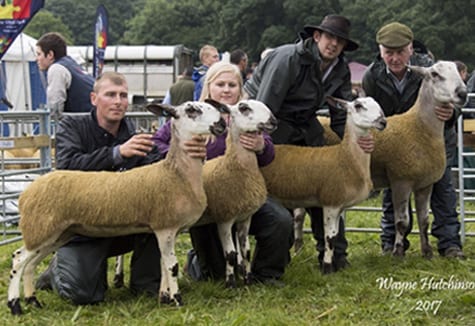 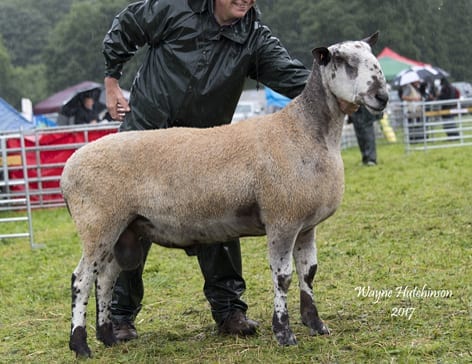 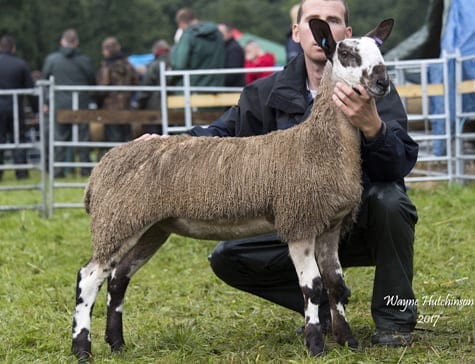 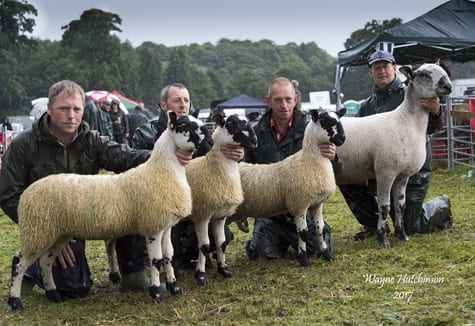 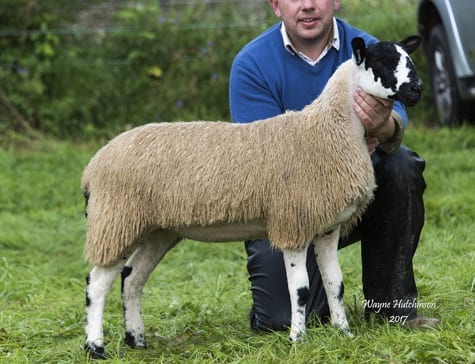