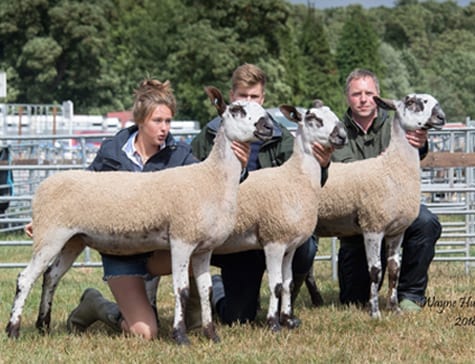 After weeks of red hot temperatures and blue skies missing any clouds, the weather had to break sometime. No doubt the organisers of the Penrith show wouldn’t have minded if it had held on for a few more hours, after a deluge in the morning brought on reminders of last year’s show, albeit the ground underfoot was good to firm, in race horse terms! Still the skies cleared just in time for the start of the judging and stayed clear for most of the time whilst judging was ongoing.

There was a legend in the making amongst the pens of sheep on show. There hasn’t been a tup at the show made his presence felt quite so much as the aptly named “Jackpot” since the start of the progeny classes here at Penrith. Carry House Jackpot was purchased out of Hawes in 2016 for £14,000, selling to M/s Porter at Riddings and Martyn Archer retaining a share himself. He is a combination of some of the best bloodlines within the crossing world, sired by a son of Midlock Mustang and out of a ewe by the legendry Z4 Hundith which has set a benchmark for quality and consistency within the breed. Geoffrey and Val Porter, Riddings were the main beneficiaries of Jackpot’s qualities on a near perfect day for the Riddings flock, where they took the Champion and Reserve Champion progeny in the crossing classes with their gimmer shearlings and gimmer lambs respectively, and then took the Reserve Mule progeny group with three gimmer lambs by Jackpot. Just ousting them out of the hotly contested Mule section was Martyn Archer with three cracking lambs sired by non-other than Jackpot again! Some result for the tup, who was still looking good and full of power.

The Riddings flock also took both Championship places in the crossing open show too, with a lovely gimmer shearling claiming the red blue and white ticket. This long, tall sheep is by the homebred “Thumper” which goes back to a tup they bought off Scarrowmanick some years back and its mother is by the E22 Domino. It is the first time out in the showring and she certainly looked the part, strutting her stuff, catching the eye of judge, Richard Ellis. Their Reserve Champion was an aged ewe by C3 Midlock, “Badger” and out of the twin sister to Mr Cool, who has been the flock’s best Mule getter over the past few years.

In the Mule section, the Championship was taken by Phillip and Denise Elliot with a gimmer shearling and in the lamb section the pairs, which saw over 30 pairs out to judge, quite a line up, and singles were won by Neil Marston, Millstone Moor.

The heavens opened again at the end of the judging, long enough to fill the nearby beer tent, but by then all was finished. This year the rain didn’t dampen the job really with everybody ready for it as opposed to last year. Let’s just hope it knows when to stop, and next year hopefully the sun will shine all day for the show! 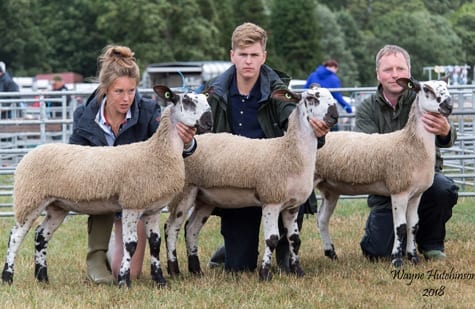 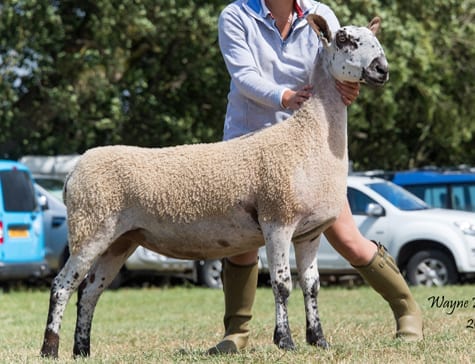 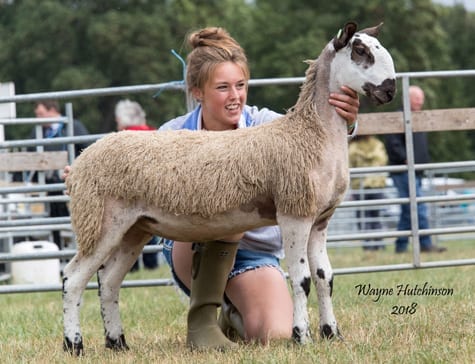 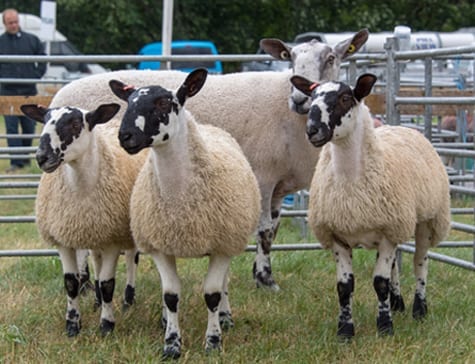 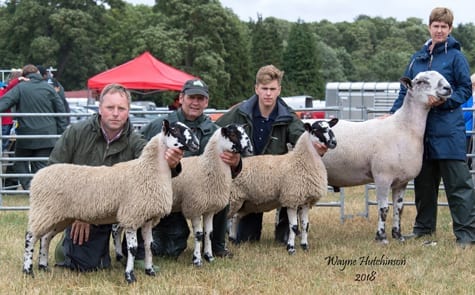 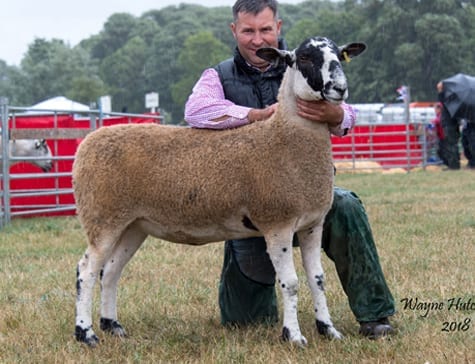