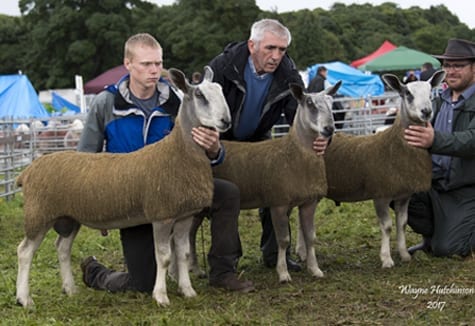 The rain poured and everyone got a proper drenching for the judging of the 2017 Penrith Progeny Show, but the spirits definitely weren’t dampened. There was a great show of sheep in all sections of the progeny classes, as well as the open classes, with a big crowd watching on, especially around the Mule classes. But then again, let’s face it….what else was there going to be done at home? Not a lot in this weather!

In the traditional section it was a great day out for Scott and Clare Thomason, whatever the weather was doing. Following on from their success at the Great Yorkshire, Nicky Robinson, the judge, ensured that their day was another one to remember, taking both the Champion and Reserve in the classes and then winning the Progeny championship too, then seeing the breed champion scooping the interbreed title too. The champion was a tup lamb by the H4 Auchry bought out of Builth Wells two years ago, who also stood first in his class at Penrith, and was also the sire to the three tup lambs from the Piel View progeny winning team too. This smart lamb, destined for Carlisle later this autumn, is out of one of the flock’s best Myfyrian F9 ewes. His reserve champion was a three crop ewe by the same good getting Myfyrian tup, which won her class at the Great Yorkshire last year.

Runners up in the progeny class came from the Espley flock, with three unshown gimmers by their Ashes F2 tup which they bought out of Carlisle for 8500 gns a few years back and has done exceptionally well within the flock, passing on its impressive conformation and style to the Espley sheep. 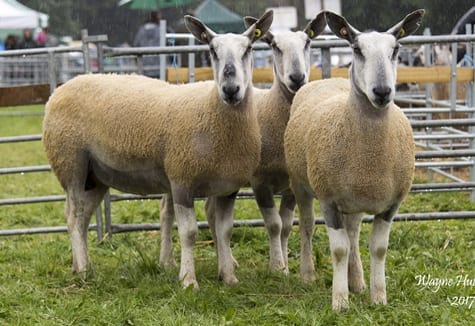 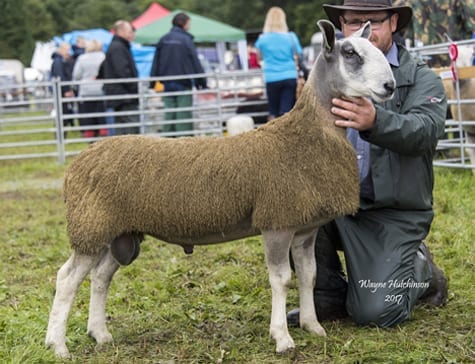 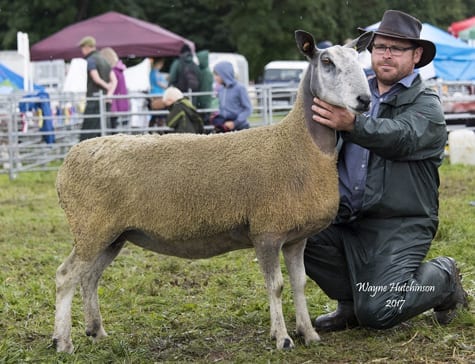