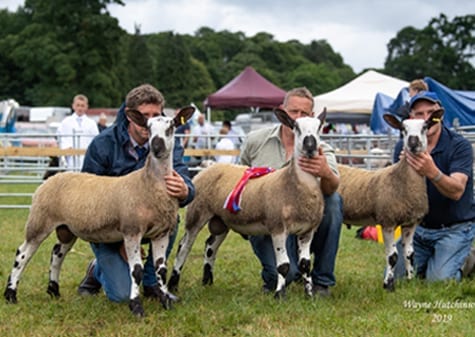 The crossing section saw the tickets shared out a bit more and it was a championship first at Penrith for the Yore House flock. They have been producing some good sheep of late and knocking on the door with their tups and Mule gimmers of late. Today they took that big step and the judge, Mark Jenkinson tapped their tup lamb out for the red white and blue ticket. This solid lad, with a great carcase and bone, was by the H2 Drimsynie tup which has been doing so well for them and out of a ewe by the B2 Duhonw. He is the full brother to the gimmer that Yore Hose sold into Ireland at Carlisle this spring and he will be heading to Hawes this back end, all being well. The Reserve Champion in the crossing end went to Riddings, who had a great team out. Their champion was a corker of a ewe by “Thumper”, a homebred son of the Scarrowmanwick and out of a ewe by the homebred Domino.

In the progeny section, the Championship honours went to John and Mandy Smith Jackson from the Shafthill flock, with three tup lambs by the L10 Blarnavaid tup they bought with Fred and Ruth Prescott and Jordon Rutter out of Hawes last year for £9000. This son of the record priced Midlock tup has left a real mark on the Shafthill flock, with his tup lambs having a real mould of face and his gimmer lambs also took the first prize ticket in the progeny classes too. Riddings were again Reserve Champion, this time with a group of three gimmer shearlings by the Carry House Jackpot. Jackpot is proving to be as good as his name with a string of great sheep to his name. Jackpot is by the G34 Midlock and out of a Highberries ewe by the Z4 Hundith, which seems to lurk somewhere in the breeding of a lot of the most renowned breeding sheep these days!

One of the most keenly contested sections at the show are the Mule classes, with a massive 41 gimmer lambs forward in the singles classes, a sight to behold, and the crowds are such that you can struggle to actually see any of the action and giving judge Will Sedgley plenty to think about! Neil Marston had a bumper of a day with the Mule gimmer lambs out of Swaledales, taking the pairs title and then out of the class of 41 taking the top two places and then 5th, 6th and 8th. Quite some achievement. As good as it was, he couldn’t quite get past his good mate Martyn for the progeny or Mule lamb champion, as Jackpot produced the goods for Martyn again, securing him his first Mule lamb and Mule progeny championship at the show. He was delighted to have achieved what he thought might be impossible…. beating the Swale Mules on their own patch! His champion lamb was 3rd at the Highland Show and Champion at the Roman Wall Show. The Highberries group by the homebred J64 Highberries were the Reserve group in this section. The Overall Mule title went to Phillip Elliot with a smashing Mule ewe, which has done well in the showring, taking the title at the Westmorland Show last year. She was bred by John Reed and sired by H2 Highberries.

Three Gimmers By The Same Sire 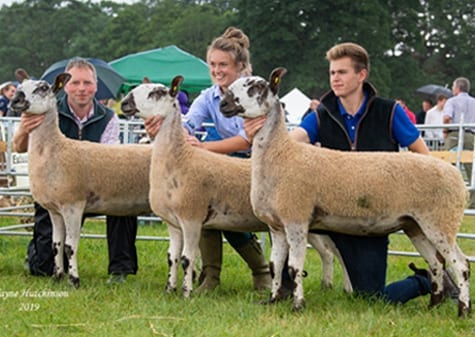 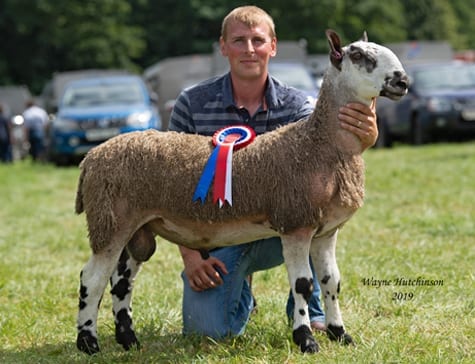 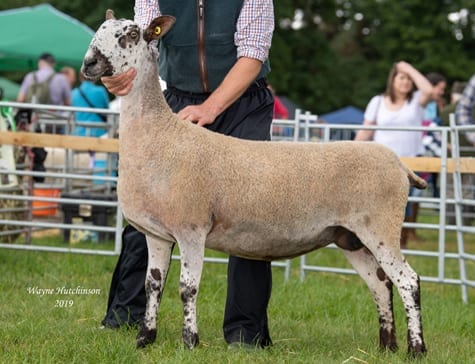 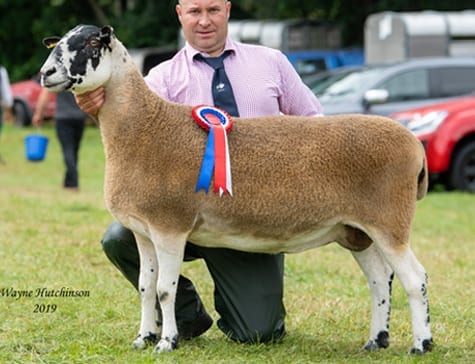 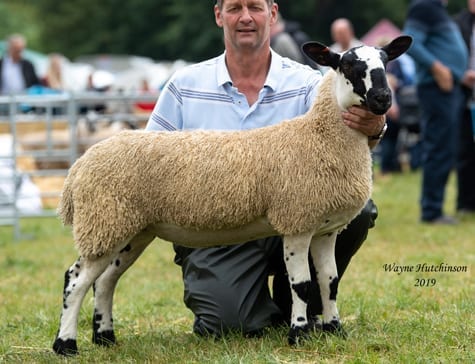 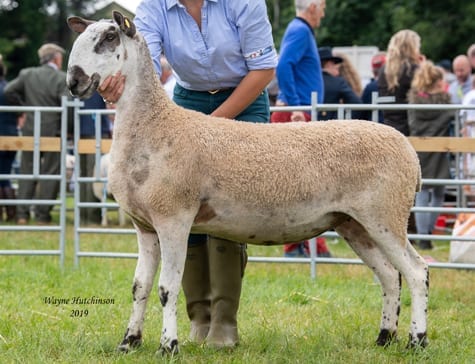 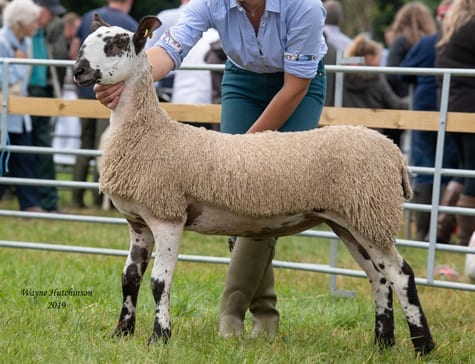