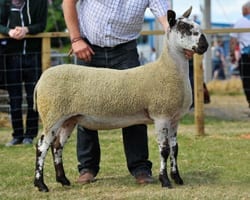 The 2014 Highland Show classes had some outstanding classes and was held on a perfect morning, with bright sunshine and a nice cool breeze, just ideal for showing sheep. It turned out to be a perfect morning for Jimmy and Wendy Bell from the Cottage flock as their gimmer shearling caught the eye of the judge, Alan Wight, took the breed championship, taking a step up from last year when the flock took the reserve ticket. This smart gimmer from the flock, which has made great strides over the past few years, is out of one of the flock’s best ewes and is by E1 Orraview, which was bought from Seamus Laverty at Ballymena, going back to a tup bought off Jimmy at Hawes a few years back, and is out of a great ewe by A1 Glenane Magners, which has proved quite an asset to the flock over the years, breeding many show winners and sale toppers.

It was a great debut for Cumbrian based breeder Neil Marston from the Highberries flock as his smart, modern tup lamb took the male championship and overall reserve position. This lamb, full of top crossing lines, ouzed style and quality is by C24 Hewgill, a tup owned by Wighams of Hargill House and is out of a Smearsett bred ewe by Neil’s Z4 Hundith tup and which is the full sister to the D15 Smearsett tup that the Booths are using. The Z4 has left a great stamp on the breed, and he was still doing the business as Neil took first prize in the North of England Mule classes with a gimmer lamb by him too, which went on to take the breed reserve champion there too. Quite a day for a shy lad!

Tup above One Shear 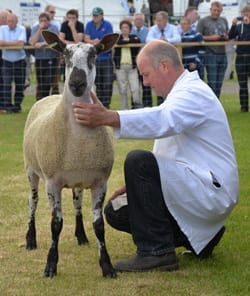 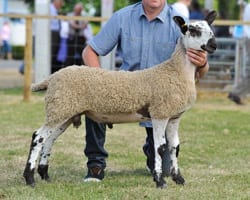 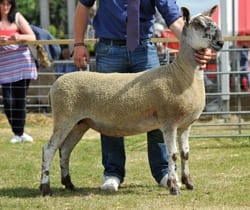 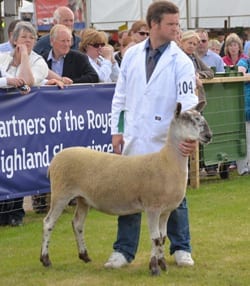 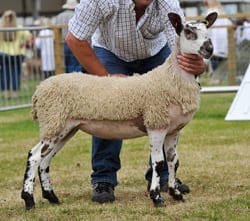 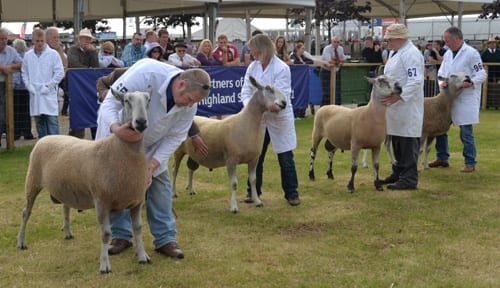 Judging Tup above one shear class 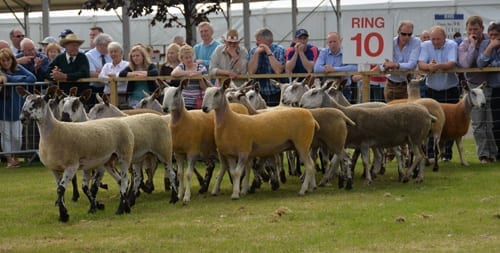