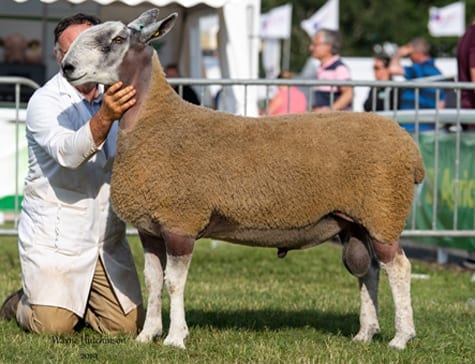 Another scorching day at the show, which saw temperatures nudge over 34c and some sheep classes postponed until cooler conditions in the evening. However, a case of only Mad Dogs and Welsh Shepherds go out in the midday sun as judge Matt Drummond from Maybole, Scotland, kept battling away.

It proved to be a the return of the king as last year’s champion came back, bigger and stronger than last year, sweeping all before him. He has filled out and yet still retains great breed characteristics, with a good skin and depth of colour. He was bought from Kirkstead two years ago and has gone on to prove a bargain. By the Burndale tup which has done ever so well for Kirkstead, both in the flock and in the show field too. Shown by T J & L S R Griffiths and Griff & Carolyn Morris. The reserve champion tickets were taken by the Griffith family with their female champion, a shearling sired by the champion, and out of a ewe bred by Aled Jones. This gimmer is a lovely example of the breed, sweet and sharp with a lovely outlook on her.

The reserves in both the female and male sections were a pair of ET twins by the £5000 Piel View bought last year by the Robleston flock run by R G & R A Jones and out of the flock’s show ewe by a Burndale tup. These tup and gimmer lambs pair were like peas in a pod, very sharp and very correct, with cocky lugs and great body. 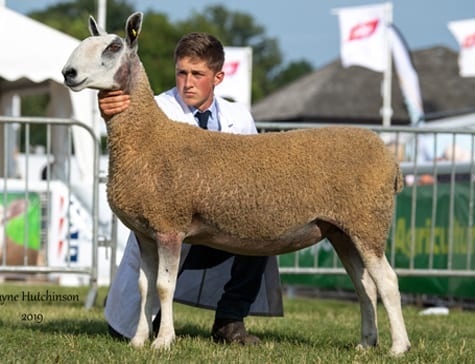 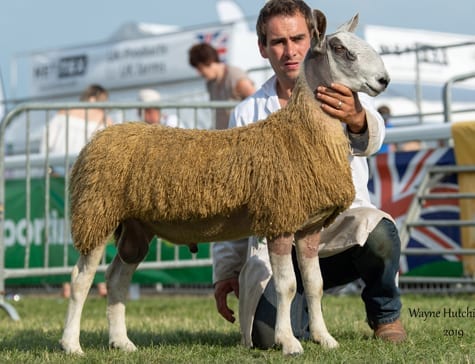 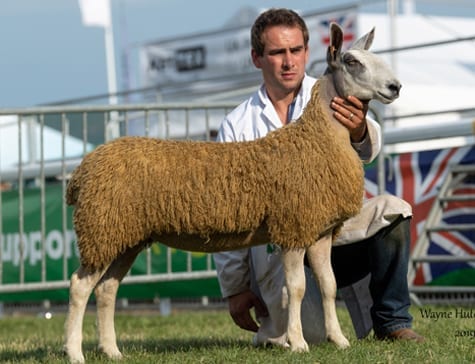