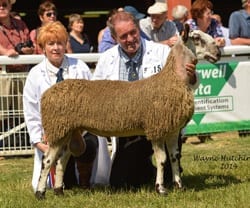 Judge Graham Dixon from the Alwinton flock, drafted in as a late replacement for Sid Ivinson, to whom the Association sends get well soon wishes, had his work cut out on a scorching morning at the Royal Welsh. With a growing reputation and enthusiastic following in the region, these classes are always some of the keenest fought at the show, and this year proved no exception.

It was Tegwyn Jones who carried the day with a strong tup lamb out of a ewe bought from the Smearsett flock in Carlisle a couple of years ago, sired by the D17 Old Hemley tup run by Michael James, it carried plenty of modern bloodlines and a cracking conformation for a lamb, and was a well acclaimed champion from this flock who only run 12 ewes and have only shown for a couple of years. A full sister stood top of the line in the gimmer lamb class too, making the purchase of a single straw of the D17 Old Hemley look a very worthwhile investment indeed. He will probably be heading to Hawes later this back end, and Tegwyn will be hoping he can carry his form on to that sale.

Regular shower, Elfyn Owen, Cernyw, had another successful day, taking the reserve championship ticket with a lovely, sweet gimmer out of a Shrewbridge bred ewe and by C15 Cernyw “Muscle Man”. It was her first show and she certainly caught the eye with her cockiness and character, and promises to have a great future ahead of her.

Ewe Two Shear or Over 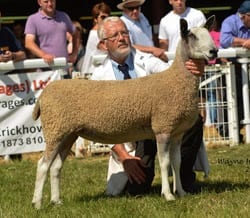 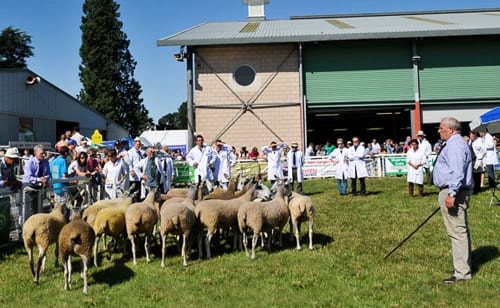 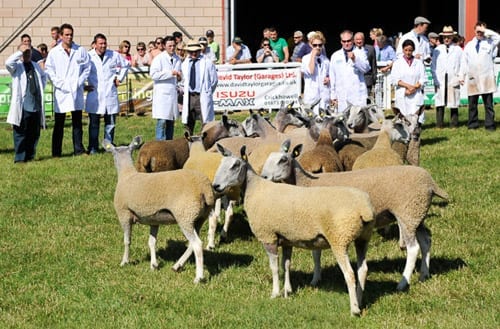