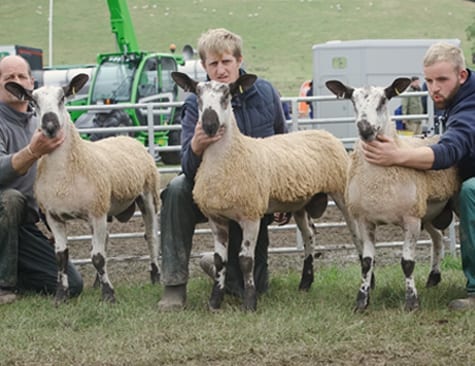 The 2016 Scottish Region Progeny Show was kindly hosted by Peebles Show on Saturday 13th August. As in 2015 with very heavy rain in the days running up to the show, we arrived to a very muddy show field, but the sun came out, and it turned out to be another very successful day for the Bluefaced Leicester Association. Our Judge in the crossing type ring was highly respected breeder Mr Neil Marston from the Highberries flock based in Cockermouth, Cumbria.

In the crossing type ring after another quality line up of sheep were put forward, Neil Marston awarded his Champion to a three crop homebred ewe brought out by J Wight & Sons, Midlock. She is sired by the 980/C2 Hewgill purchased for £9000 at Hawes, and out of a ewe by the A13 Midlock. She stood second in her class at the Royal Highland Show earlier this year, and was also part of the winning progeny group at the 2015 Peebles Progeny Show. The Reserve Champion was awarded to the first prize shearling ram 281/H2 Carry House, who is owned in partnership by J Herdman, Edlingham, Mrs O Sharp, Newbigging Walls, B Hedley, Riccalton and C Campbell, Happrew, and was bought out of the 2015 Hawes sale as a lamb for £15,000. He is sired by the £10,000 1538/G34 Midlock, and this was his first time being shown.

In the progeny classes, Neil awarded his Overall Champion group to R D Archer & Son, Carry House with their group of three ram lambs by the same sire. The sire of this group is 1538/G34 Midlock. G34 was bought out of the Association sale at Hawes in partnership with Mr Andy Hunter from the Steel flock for £10,000. G34 was also awarded sire of the year for 2015. Two of the ram lambs were second and fourth in a very big open class earlier in the day, and are ET brothers out of a Hundith Z4 ewe. The third lamb is out a Breck House sired ewe, and the second place lamb was Champion at the Roman Wall Show held earlier in the year and Supreme Overall at Gilsland Show. The Reserve group was awarded to J Wight & Sons, Midlock with their pair of gimmers. This group was sired by the Marriforth G2 which was bought out of the Hawes sale for £4000. He has bred sons to £4000. One of the gimmers was Champion at the Royal Highland Show, and the other stood first at Ingliston as a ewe lamb.

Mules
In the Mule section, the judge was another highly respected breeder, Mr David Gray, Drumnessie Farm, Kilsyth, In the open classes he awarded his Champion to an outstanding ewe lamb from I Minto, Town Head Farm, who is sired by Town Head Warburton, a son of the £16,000 Penhill tup bought out of Hawes, and out of a Craigdarroch ewe bought as a ewe lamb. She was Champion at Biggar Show earlier this year. Reserve Champion was awarded to J Wight & Sons, Midlock with a homebred gimmer sired by Midlock Mustang, and out of a homebred ewe.

In the progeny section, David awarded his Champion group to M R Thornborrow & Sons, Easter Dawyck with their group of three Mule ewe lambs (Blackface type) shown with their sire – homebred 4346/H1 Dawyck. He is by 1538/G42 Midlock which was sired by Midlock Mustang. H1 Dawyck was Reserve Male Champion at last year’s Royal Highland Show, and was also sire of the first prize Mule lamb at Stirling, Kelso and Dalkeith Shows, and the first prize Bluefaced Leicester ram lambs at Biggar and Haddington Shows. He will be sold at this year’s Kelso Ram Sale. The Reserve group was awarded to J & W Bell, Cottage flock with their group of three Mule ewe lambs (Swaledale type) shown with their sire – Highberries C8. He is a six shear ram bought out of Hawes for £3800, and as an aged ram he has bred Bluefaced Leicester ram lambs to £3000. The Mule lambs are out of Swaledale ewes bought out of Kirkby Stephen, and will be sold at Cockermouth in September. 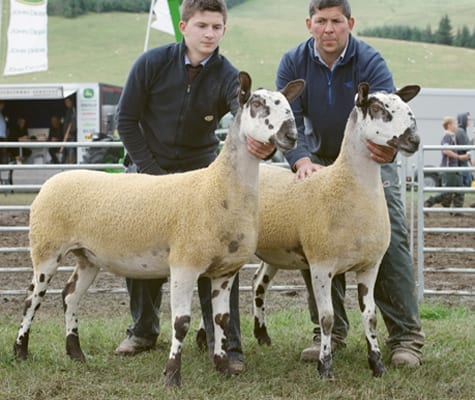 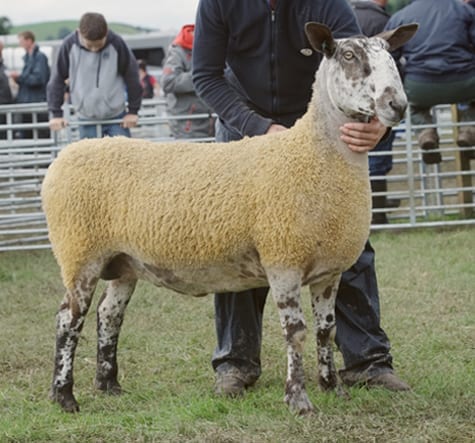 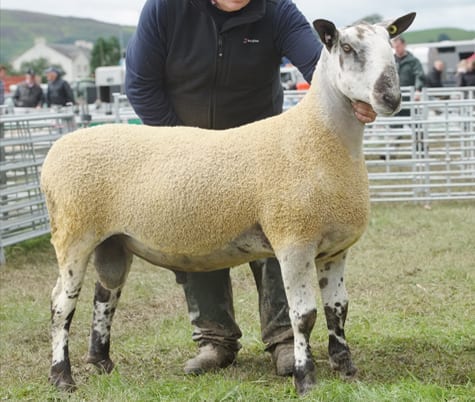 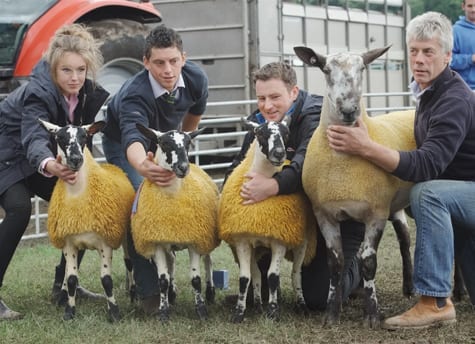 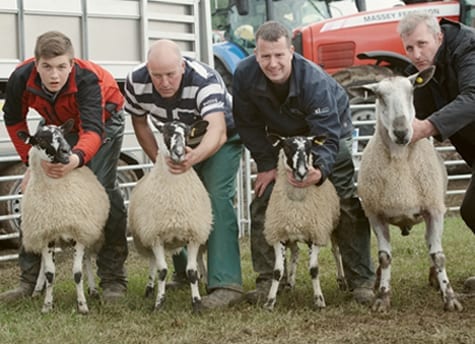 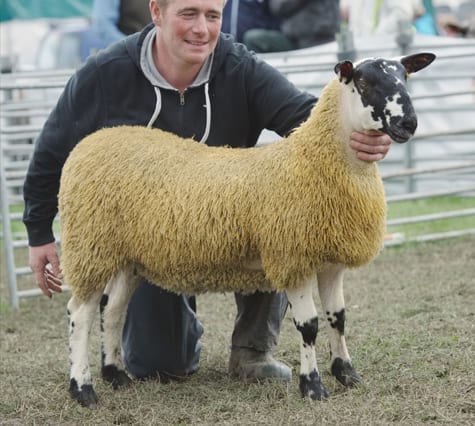 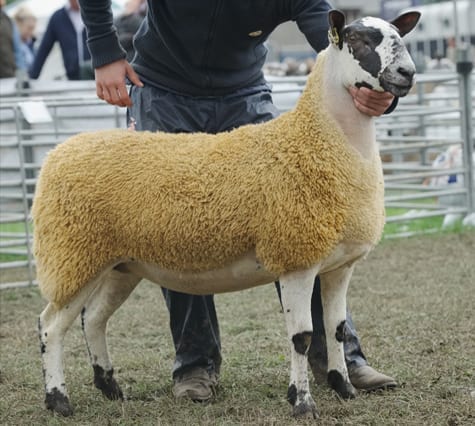